Superstar Shah Rukh Khan has been banned from Mumbai's Wankhede Stadium while an inquiry is conducted into an alleged brawl he got into after Wednesday evening's match, which was won by the Kolkata Knight Riders, the team owned by the actor. 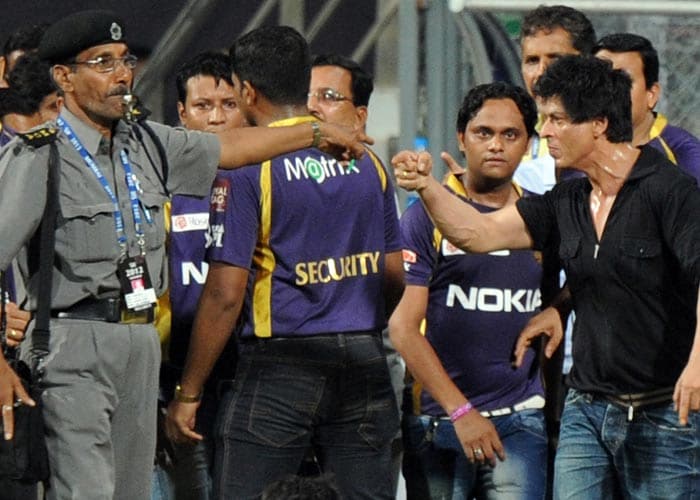 Superstar Shah Rukh Khan has been banned from Mumbai's Wankhede Stadium while an inquiry is conducted into an alleged brawl he got into after Wednesday evening's match, which was won by his IPL team, Kolkata Knight Riders. 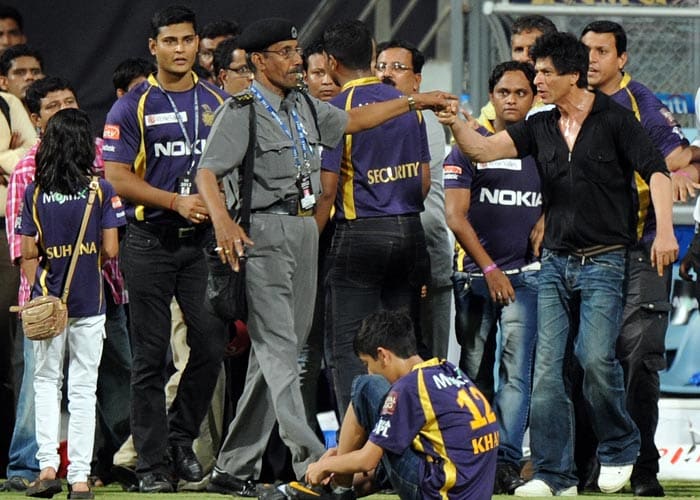 The Mumbai Cricket Association (MCA), which has issued the ban, alleges that SRK abused and misbehaved with security personnel and its officials after a match against the Mumbai Indians. 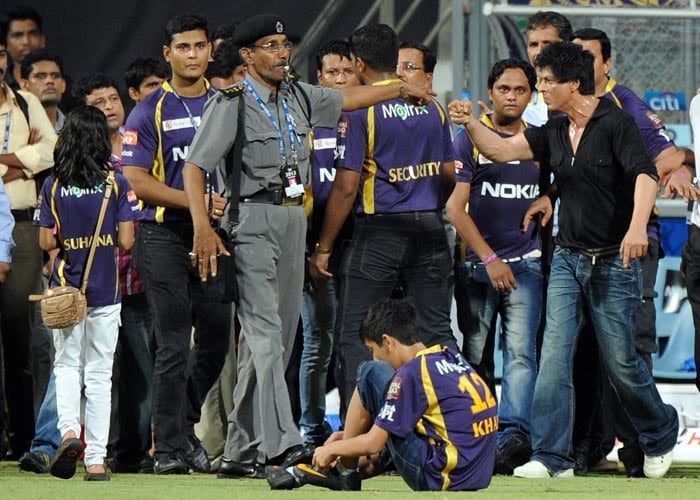 The alleged scuffle happened when the actor and his entourage were stopped from entering the cricket ground after the match finished. 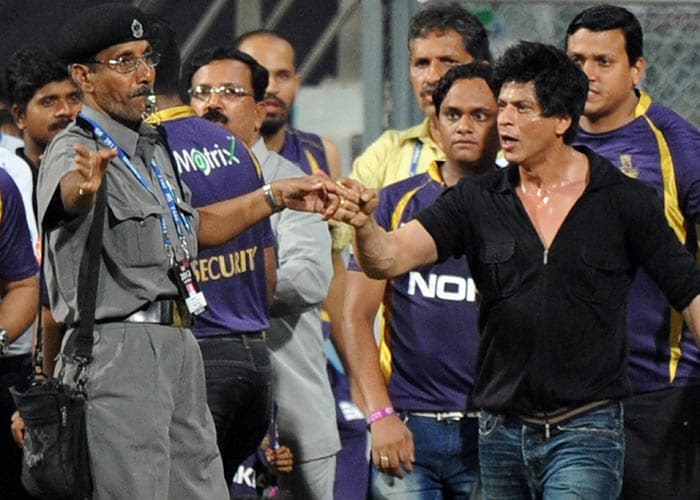 The MCA alleges that Shah Rukh Khan was drunk. From the picture, it looks that SRK is a heated argument with the security guards at the stadium. 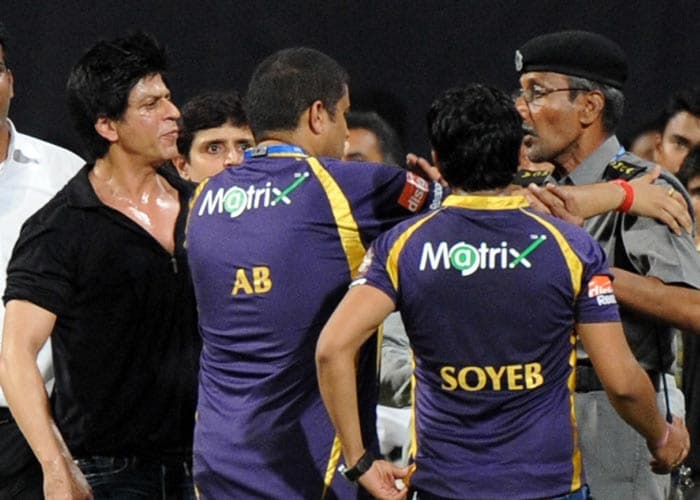 The MCA, which administers the stadium, has lodged a police complaint; it says a security guard was manhandled by SRK's entourage. But sources say the guard's injuries are minor, which means that the complaint is likely to be treated as non-cognizable.

SRK's friends trying to pacify the security official and SRK. 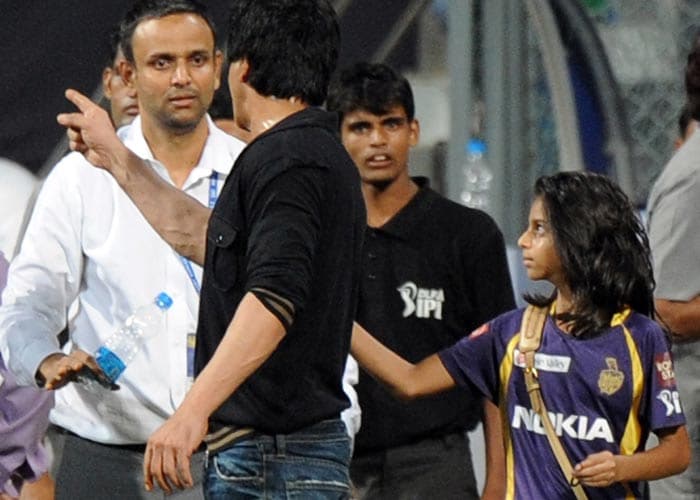 Shah Rukh Khan has admitted that he was angry, but not drunk. He said that he was provoked when his children were “physically manhandled in the name of security”. He said he would not apologise and that he will file a written complaint against the MCA.

In this picture, SRK is accompanied by his daughter Suhana as he gestures towards an unseen security guard who directed children accompanying Khan off the playing field after the IPL match. 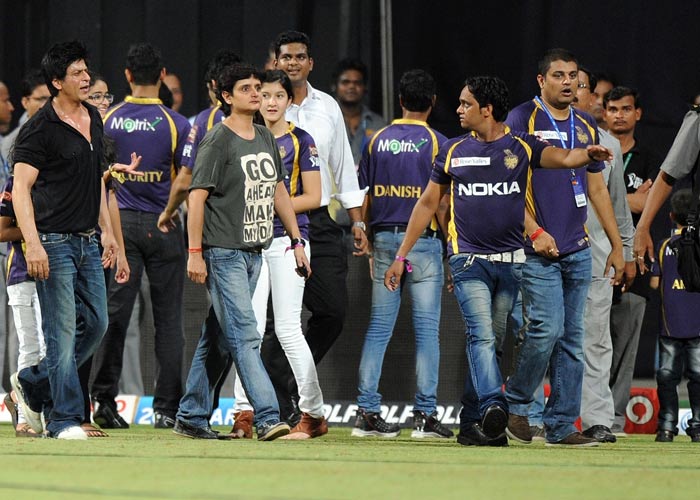 The actor has been caught in controversy before in Jaipur last month when he was seen smoking much to the disapproval of many.

SRK reacts as a security guard (R) blowing a whistle directs children accompanying him off the playing field. This is also the second brawl that the actor has allegedly been involved in in recent times. Some months ago he was reported to have got into a scuffle with director Farah Khan's husband Shirish Kunder. 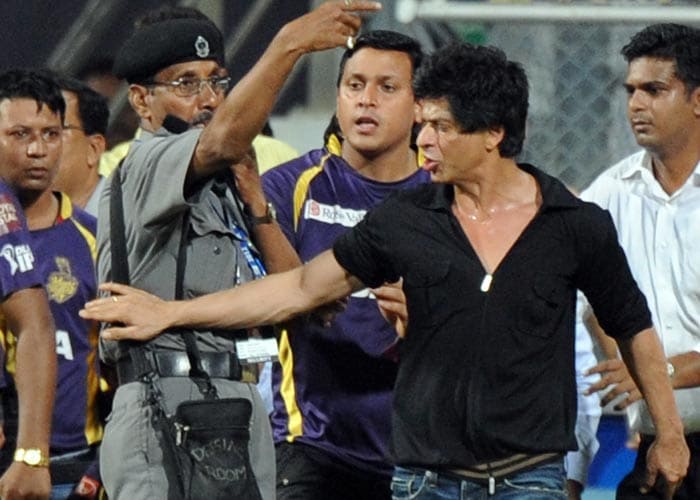 SRK being directed by the security guard to leave the stadium.