Aamir holds a special screening of PK for Sachin Tendukar 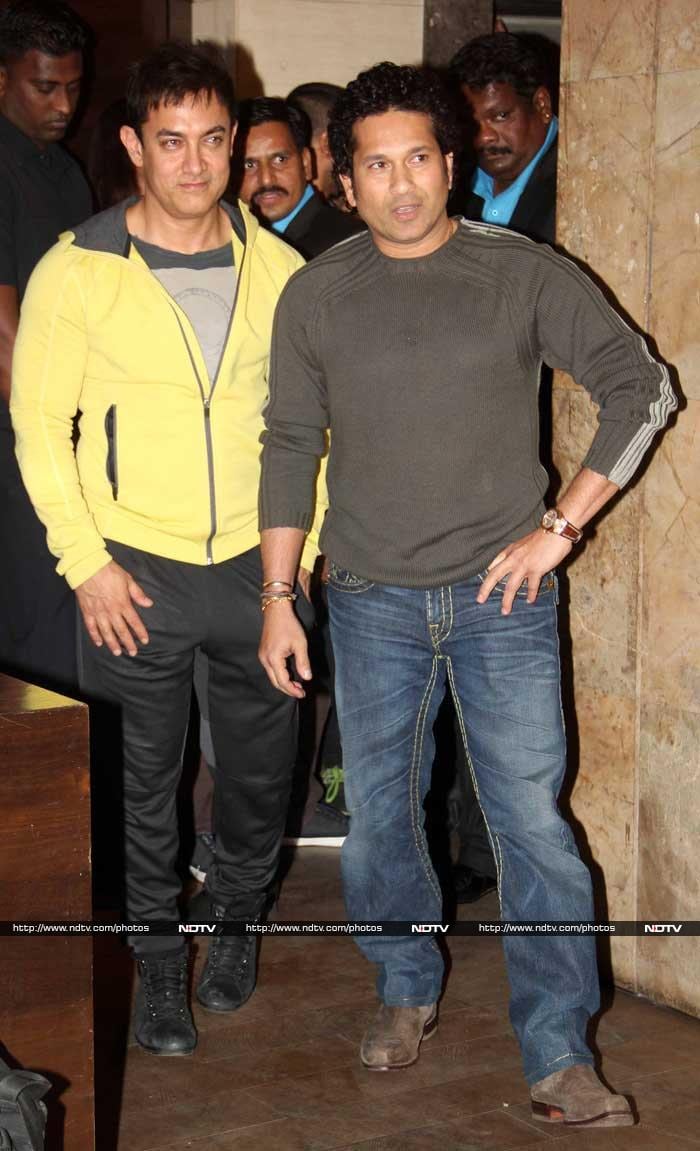 Actor Aamir Khan held a special screening of his forthcoming film PK for Sachin Tendulkar in Mumbai on December 16. Aamir arrived with Sachin for the screening. 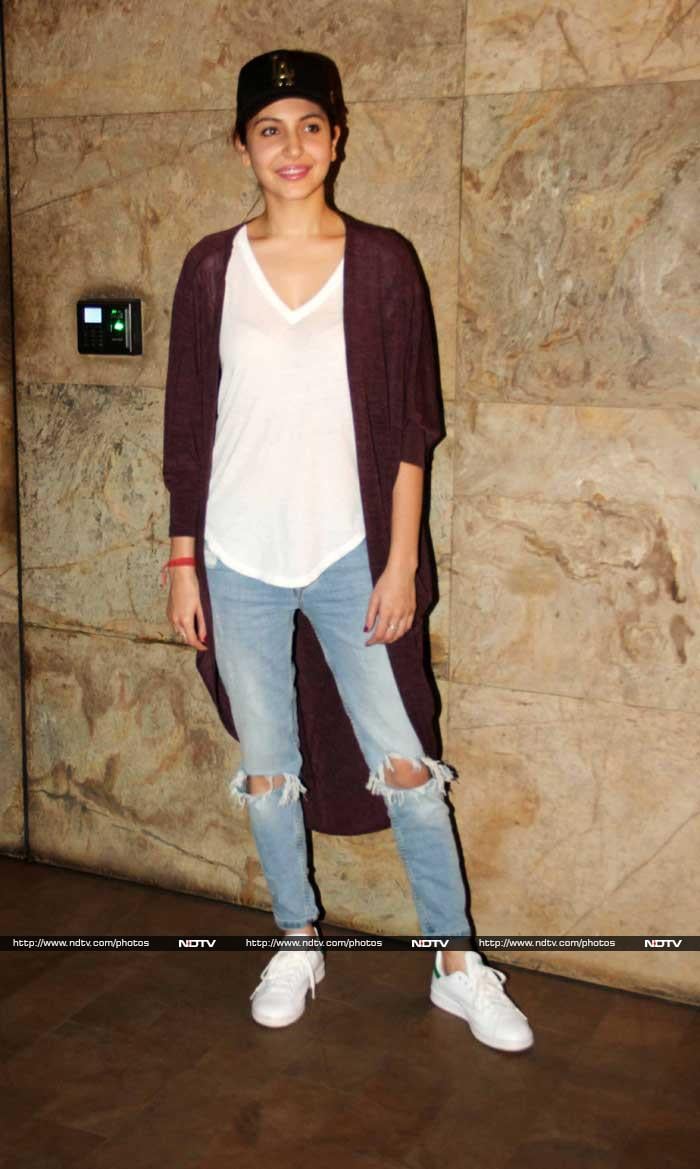 Anushka Sharma, the lead actress of PK, was seen in a casual look. 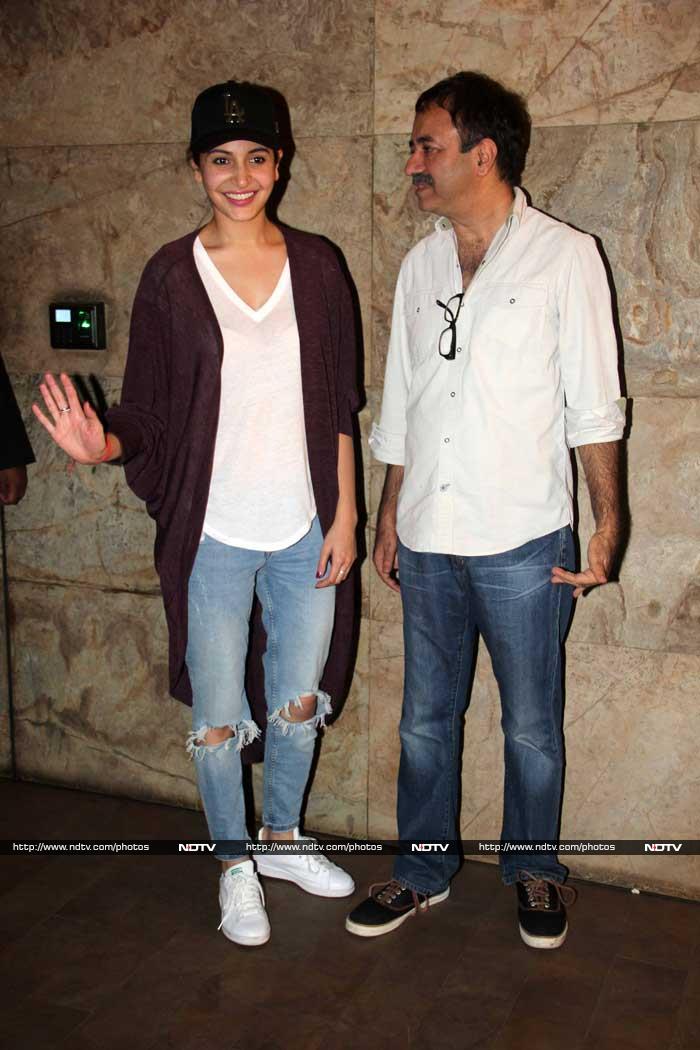 Anushka was spotted in conversation with PK director Rajkumar Hirani at the screening. 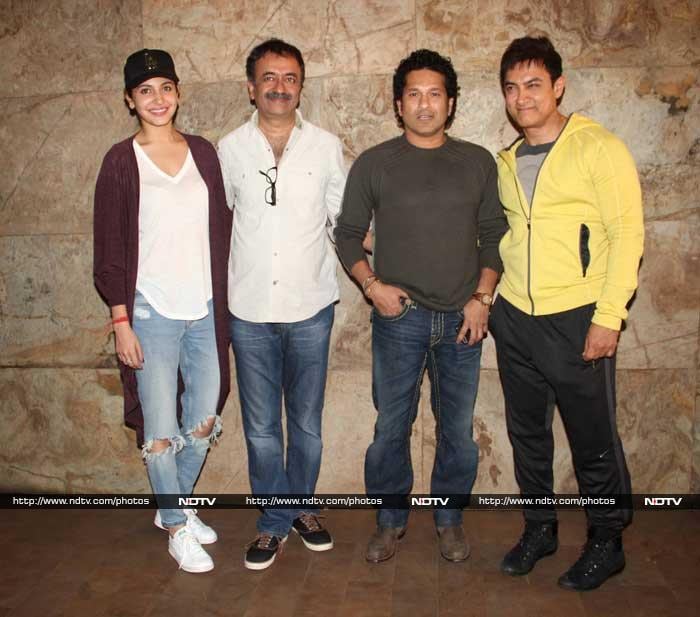 Anushka, Aamir and Rajkumar Hirani happily posed with Sachin Tendulkar at the do. 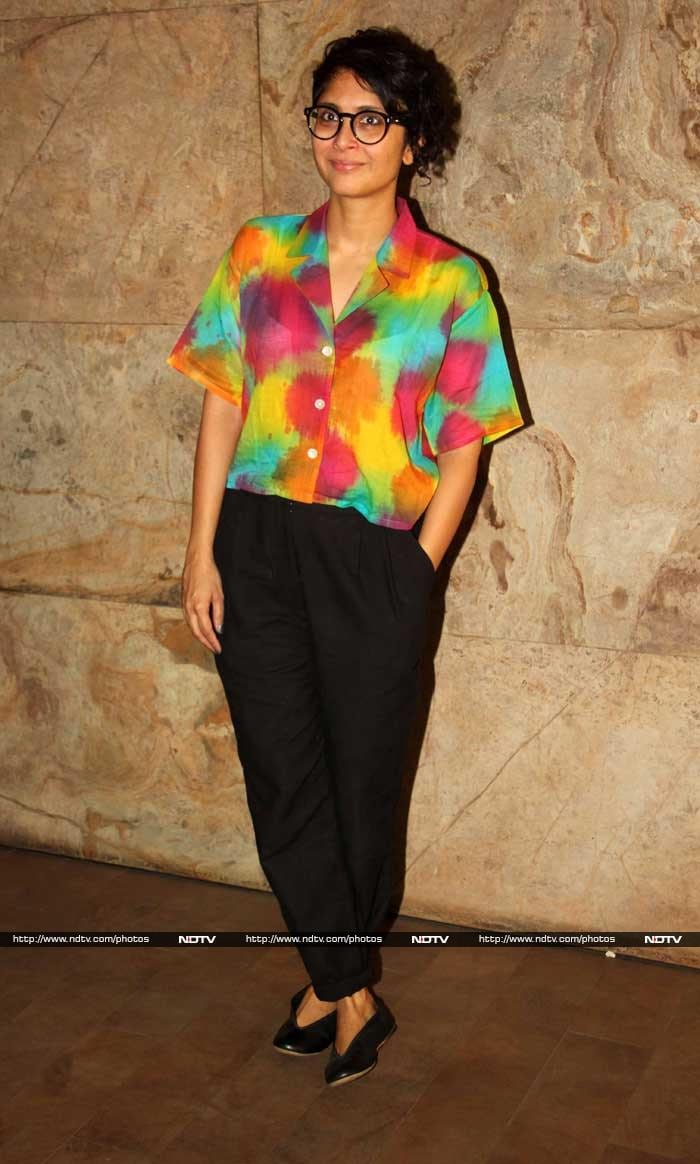 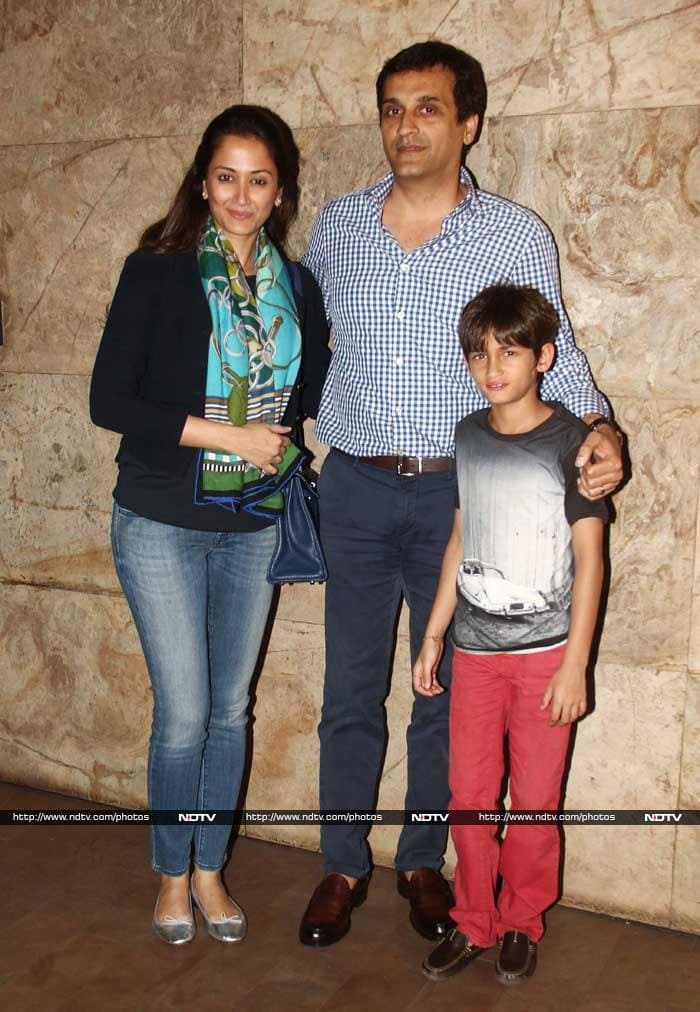 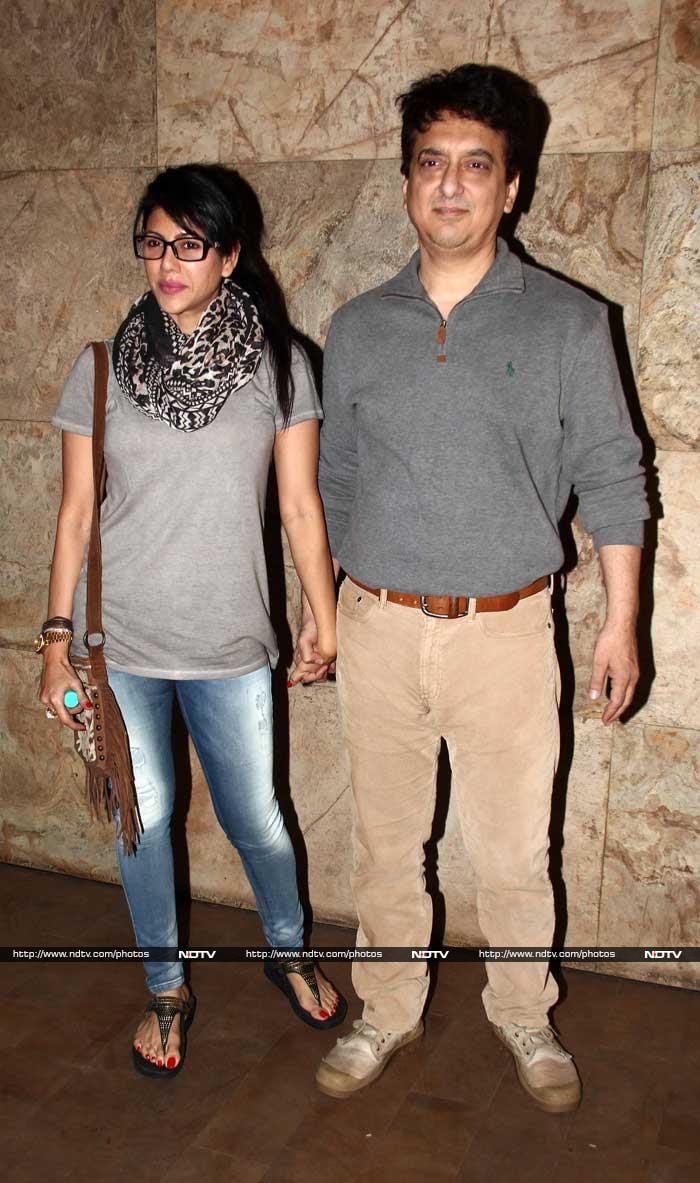 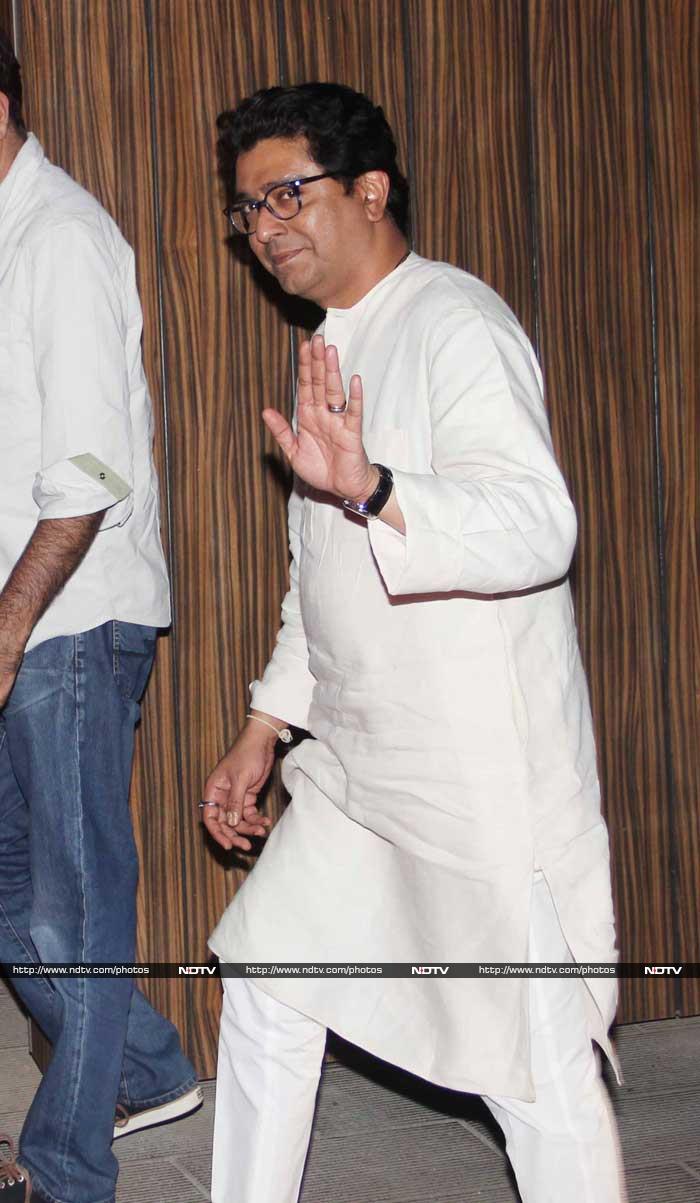 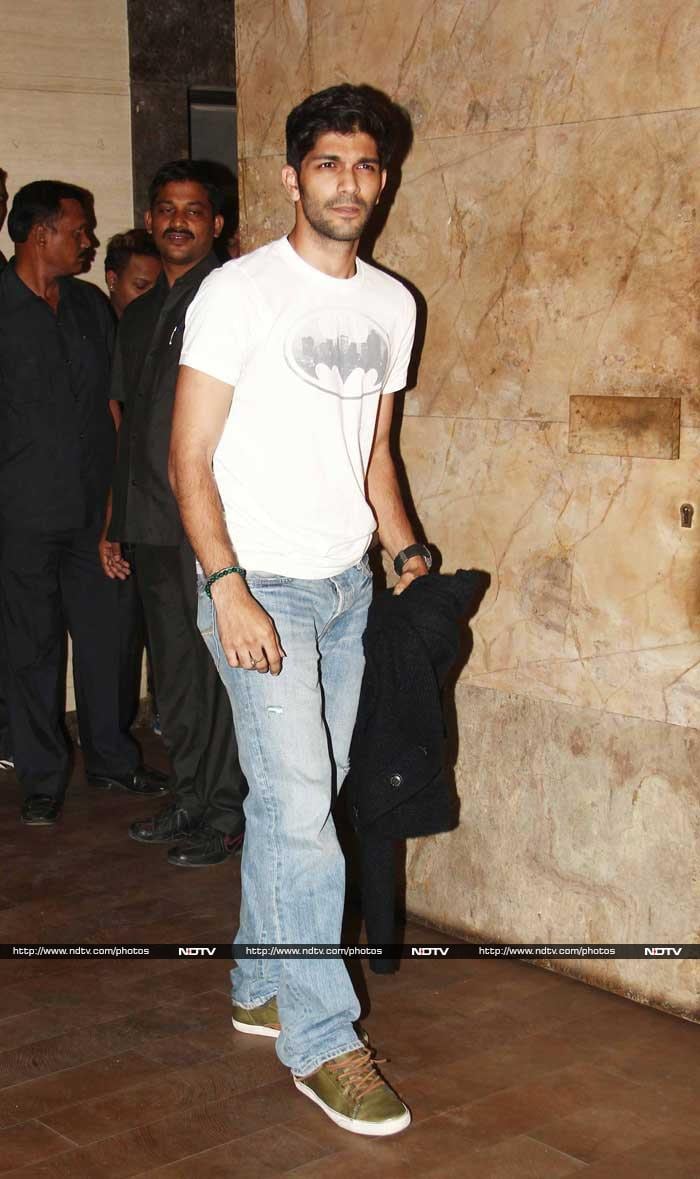 Raj Thackeray's son Amit was seen in a white tee and blue denims. 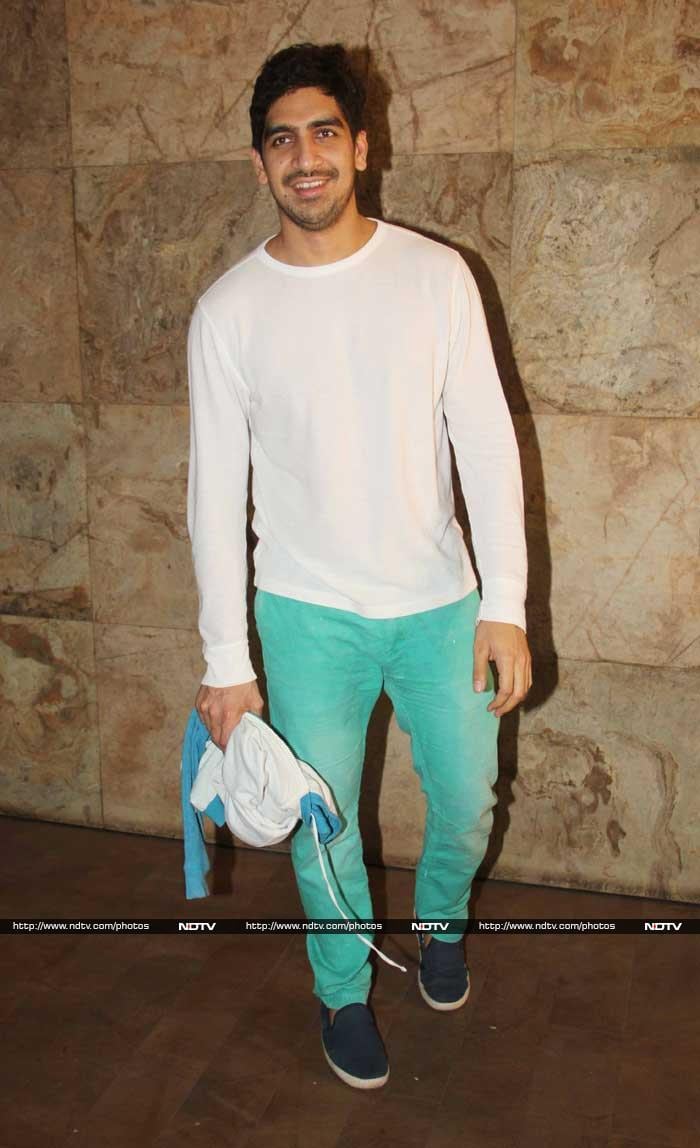 Director Ayan Mukerji was also spotted at the screening.

Coming Up - Game on: Aamir, Anushka's PK on the go 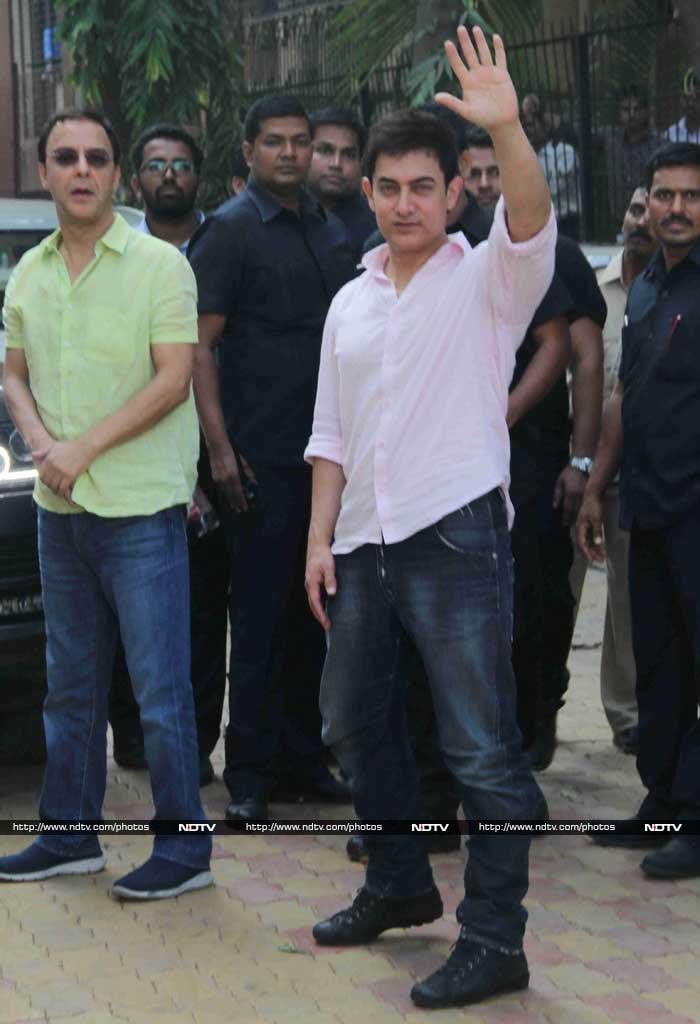 Actor Aamir Khan, who will be seen playing the lead role in PK soon, waved at his fans as he arrived at the launch of the official mobile game of the film in Mumbai on December 12. 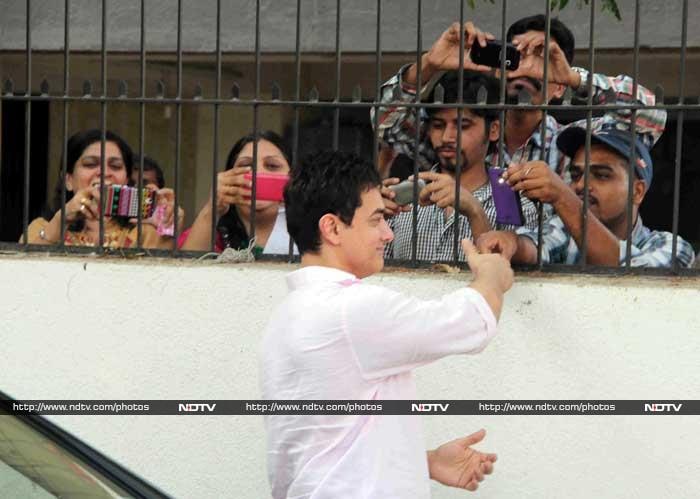 Aamir shook hands with his fans who were eagerly waiting to have a glimpse of the superstar. 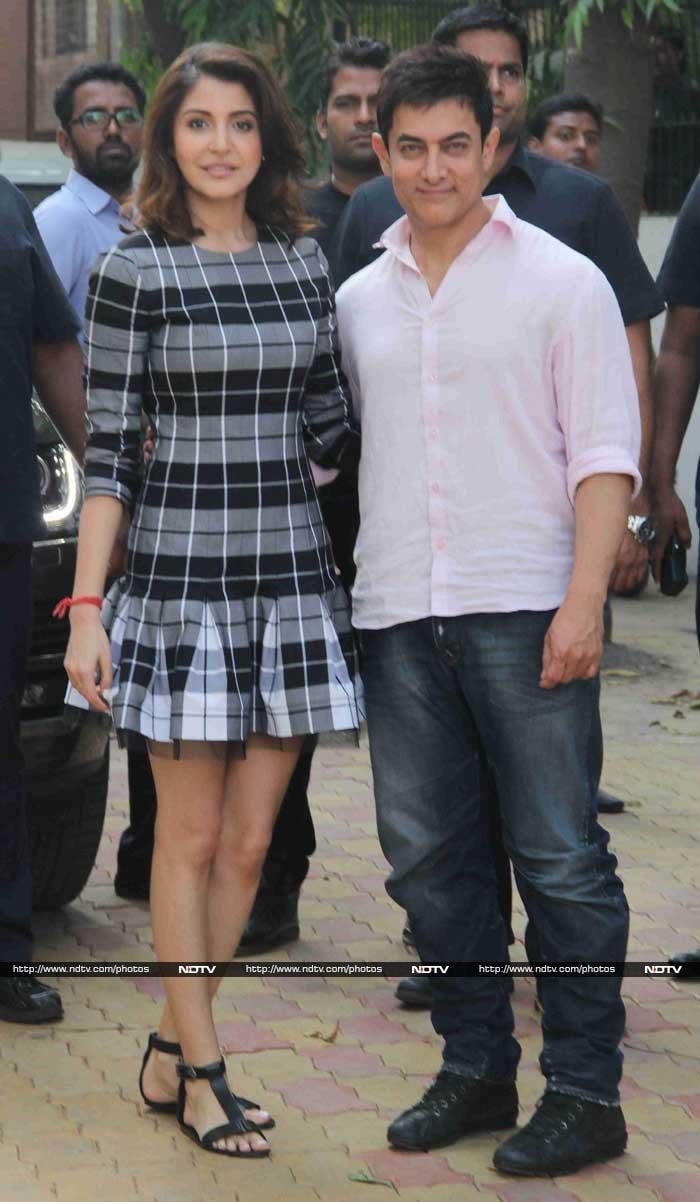 Aamir happily posed with Anushka Sharma, his co-star in PK. 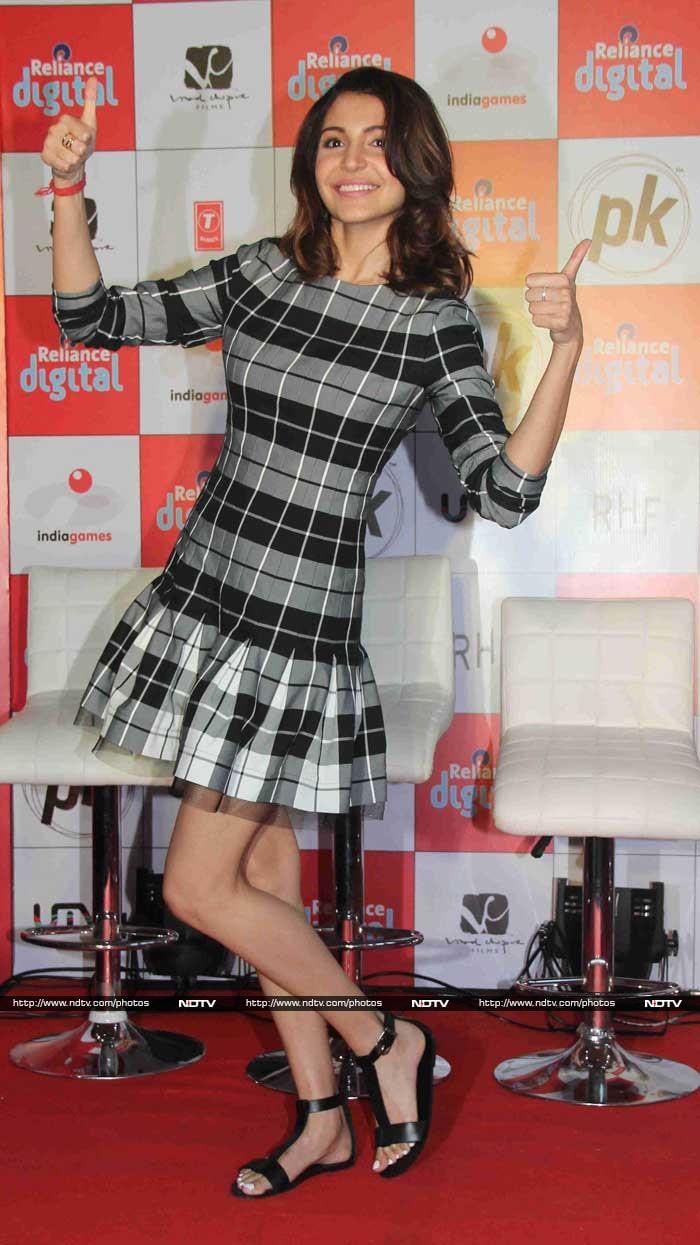 An enthusiastic Anushka smiled for the cameras. 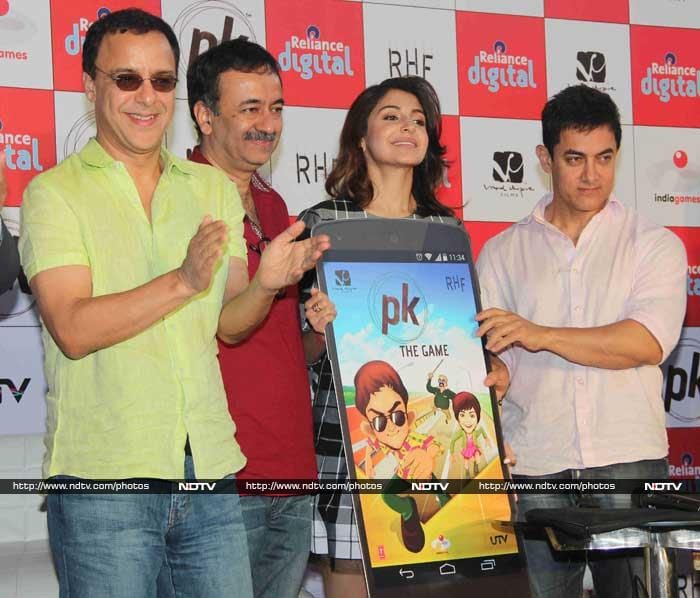 PK director Rajkumar Hirani and co-producer Vidhu Vinod Chopra were also present at the launch of the PK game along with actors Aamir Khan and Anushka Sharma. 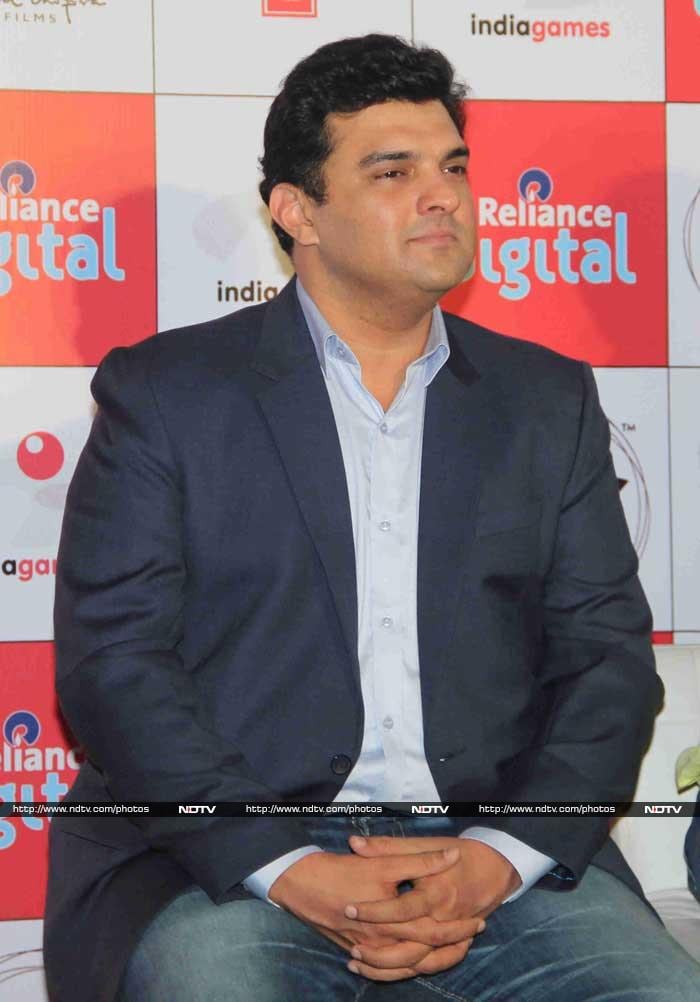 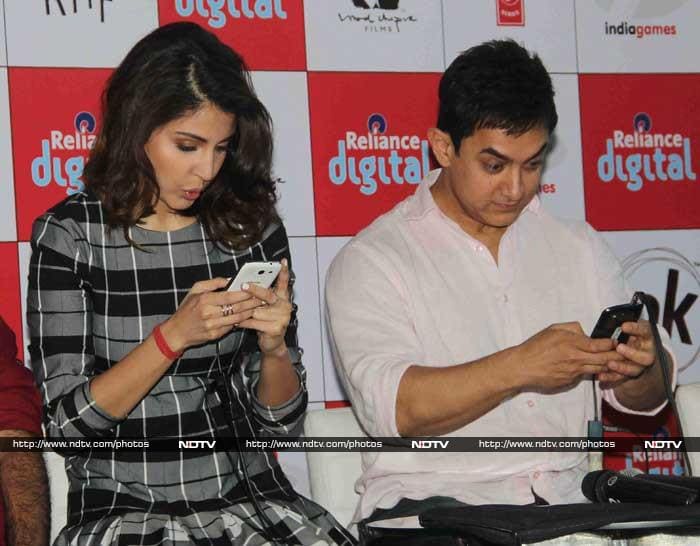 Anushka and Aamir were seen competing with each other playing the PK mobile game. 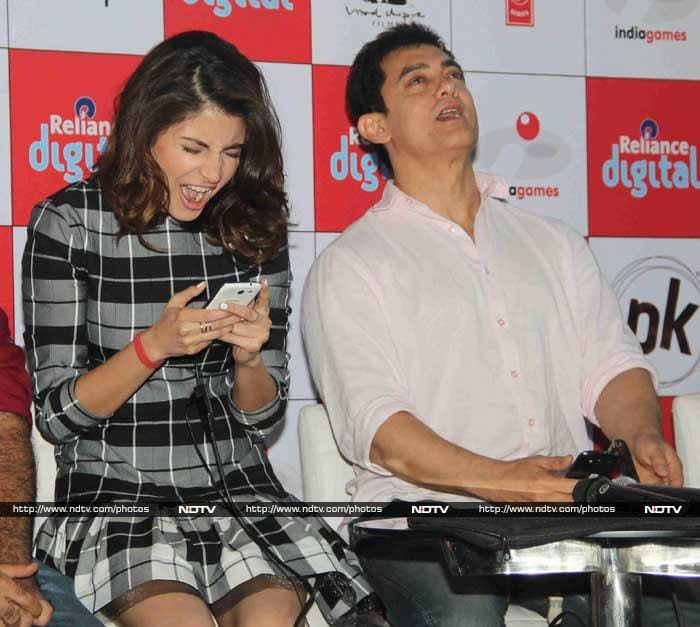 And looks like Aamir defeated the actress in the game. Or is it the other way round? 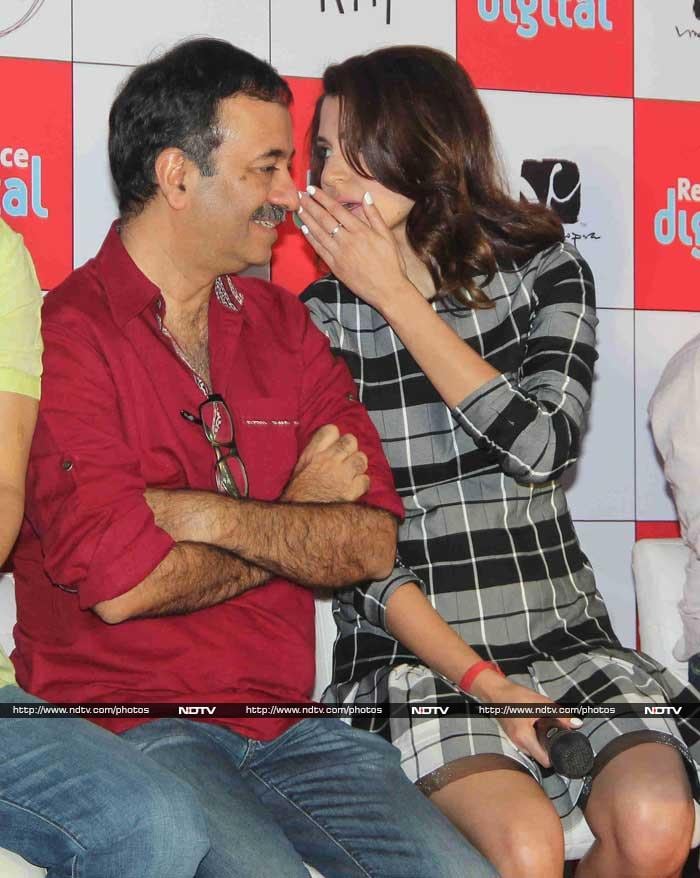 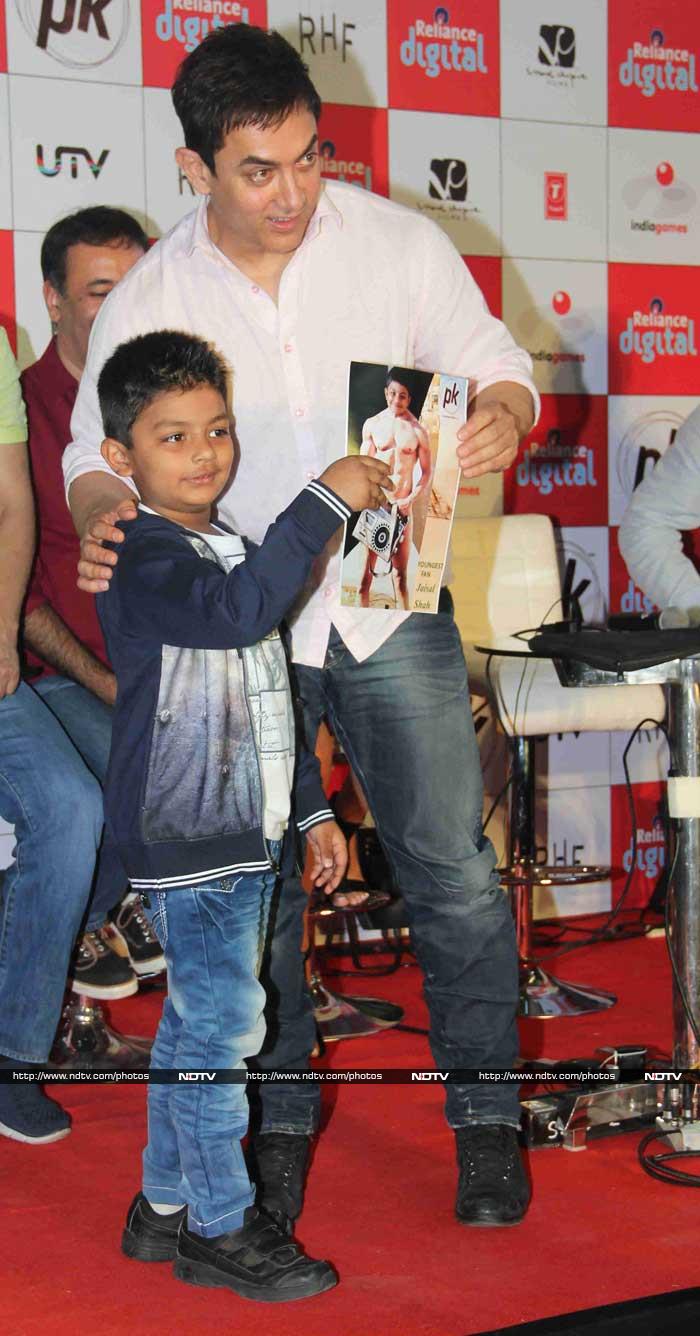 Aamir posed with a young fan holding his infamous 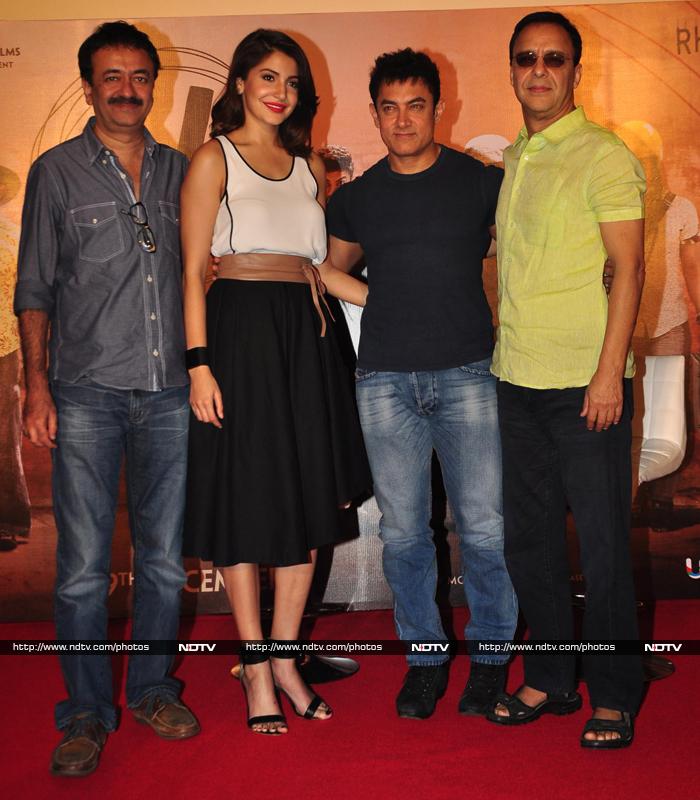 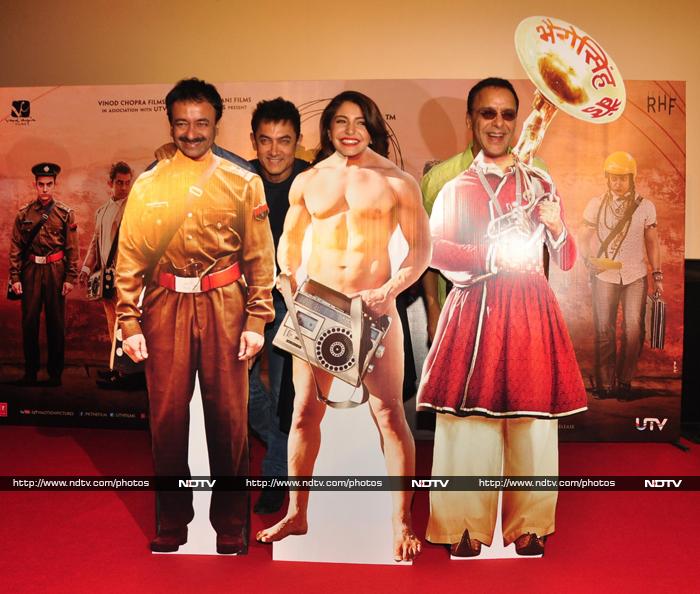 The team was in an impish mood as Anushka (with the transistor in tow), Raju Hirani and Mr Chopra, posed with the cutouts of Aamir's various avatars from PK posters. 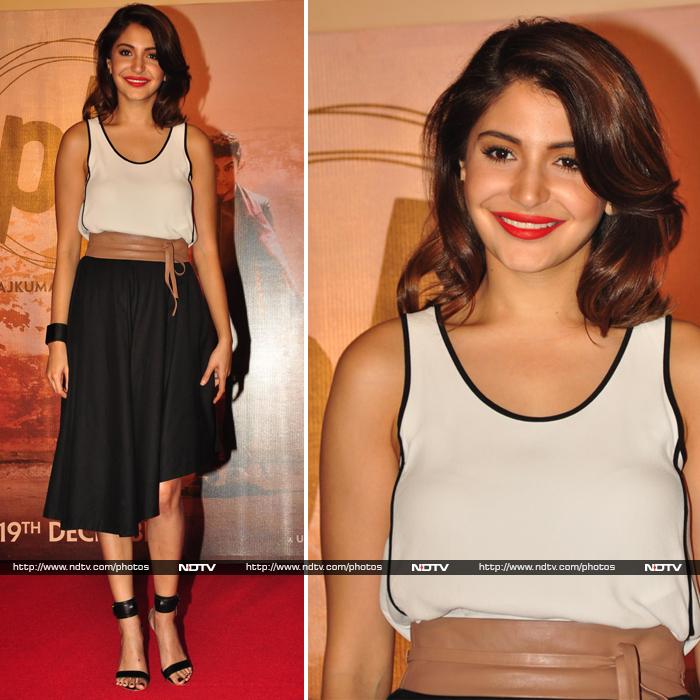 Anushka looked chic in an asymmetric skirt by The Circus, teamed with a white top and a tan belt, worn with black ankle cuff heels. 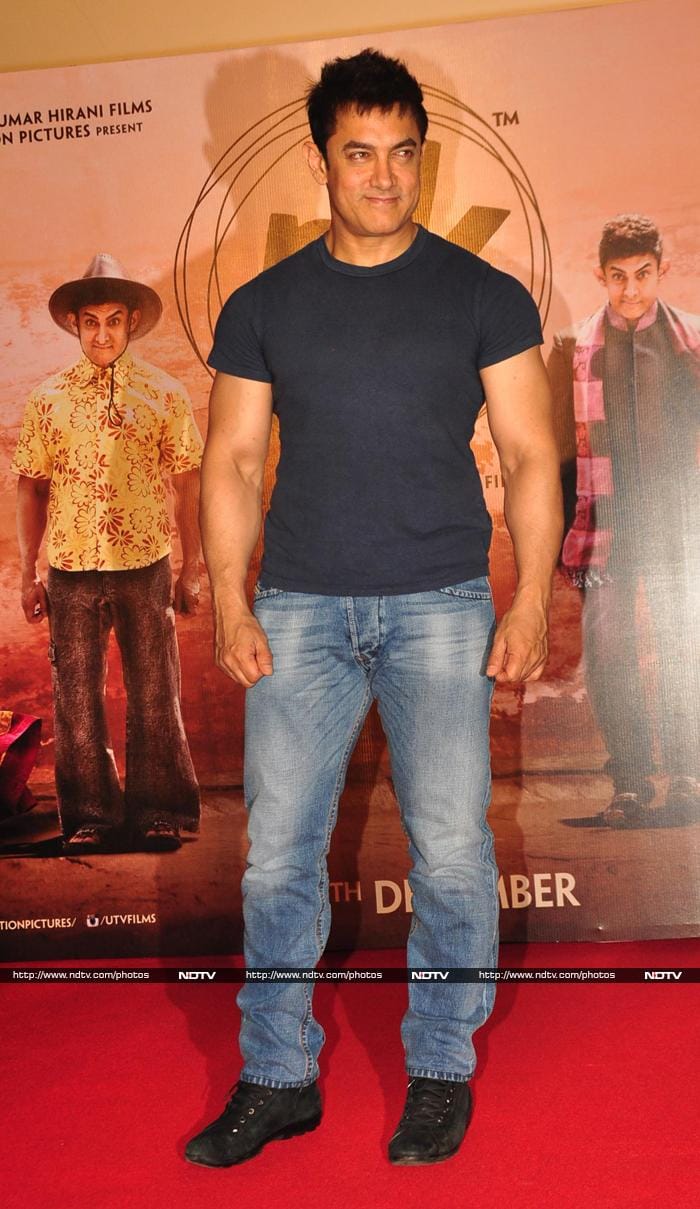 Rocking denims and his tee, Aamir looked casual chic at the do. 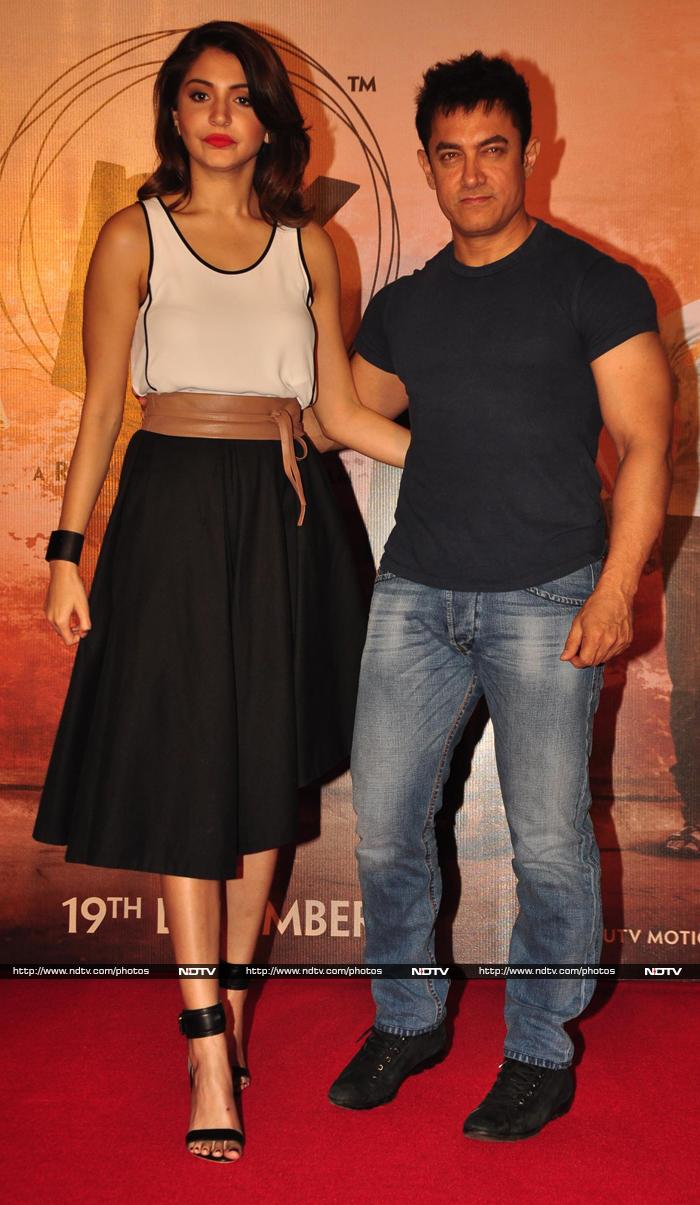 Jagat Janani and her 'Weird Yet Adorable Namuna' pose for the shutterbugs.