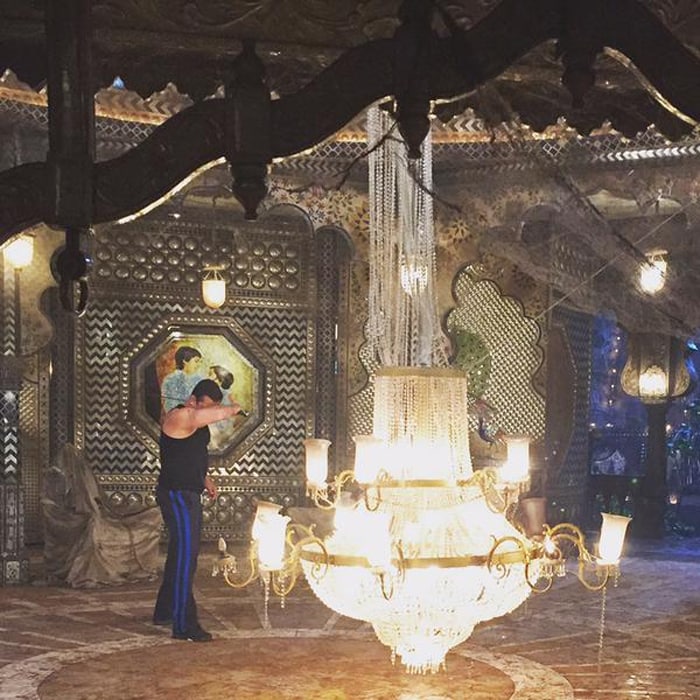 While the world is excited about the release of Salman Khan's Bajrangi Bhaijaan, the star himself is busy shooting for Sooraj Barjatya's upcoming project Prem Ratan Dhan Payo. Salman's sister, Arpita Khan Sharma, shared photos of her Bhaijaan from the sets of Prem Ratan Dhan Payo, on Twitter. 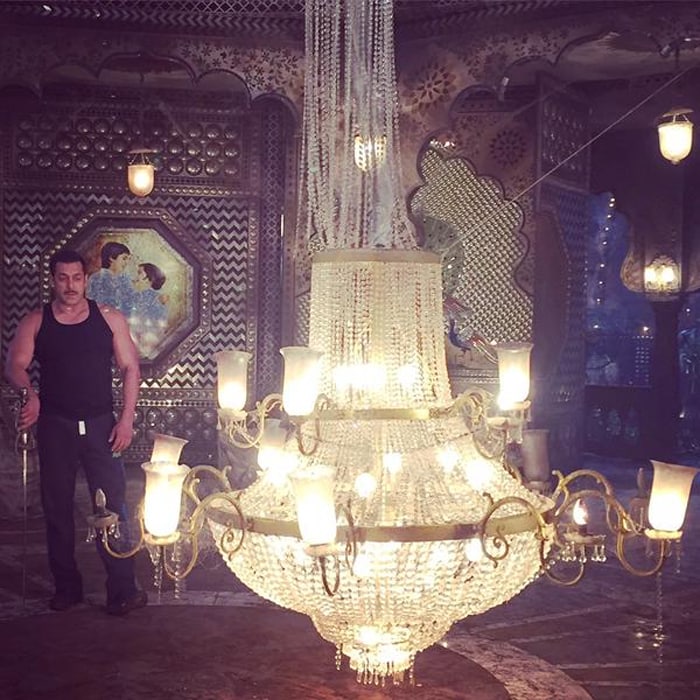 She tweeted another image which shows a moustached Salman Khan, posing in style with a sword, in front of a huge chandelier. Salman will work with Prem Ratan Dhan Payo director Sooraj Barjatya, after 16 years, with whom he had last worked in Hum Saath Saath Hain in 1999.

This image was tweeted by Arpita Khan Sharma 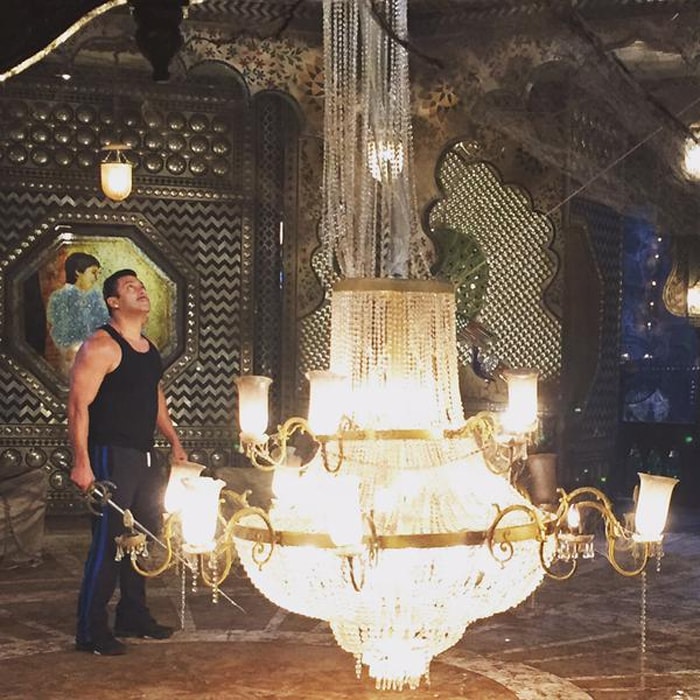 Arpita also revealed that the palatial setting and grand decor is from the sets of Salman Khan's upcoming movie Prem Ratan Dhan Payo, in which the actor will be seen opposite Sonam Kapoor. The movie which also stars actors Neil Nitin Mukesh, Swara Bhaskar, Anupam Kher and Deepak Dobriyal, is slated to release on November 11, this year. 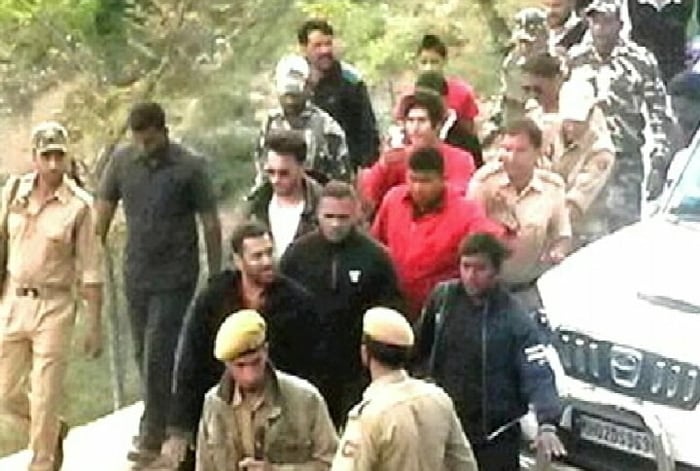 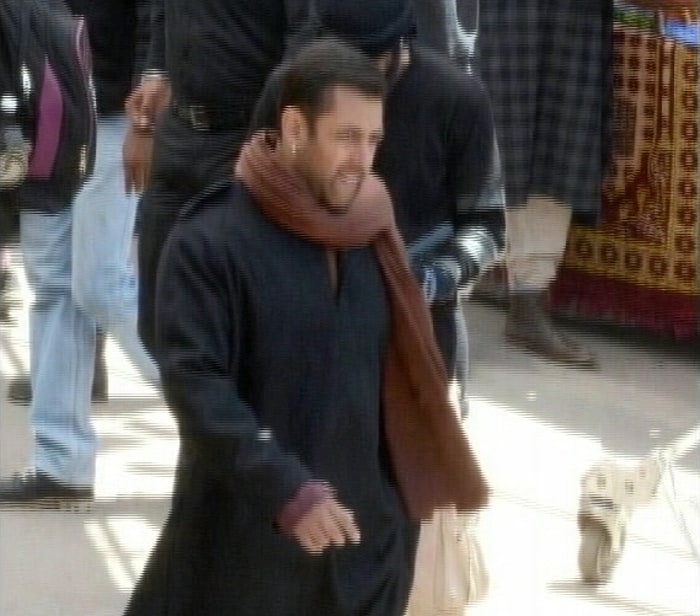 Salman was spotted in his Bajrangi Bhaijaan costume of a black kurta and brown shawl. 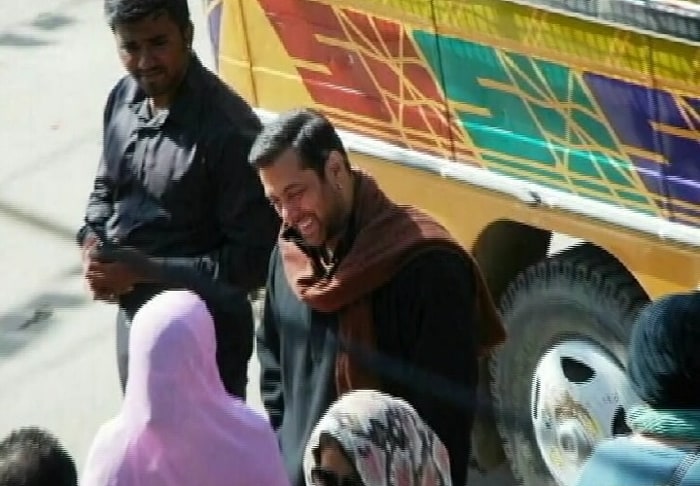 The actor chatted with the locals milling around the sets. 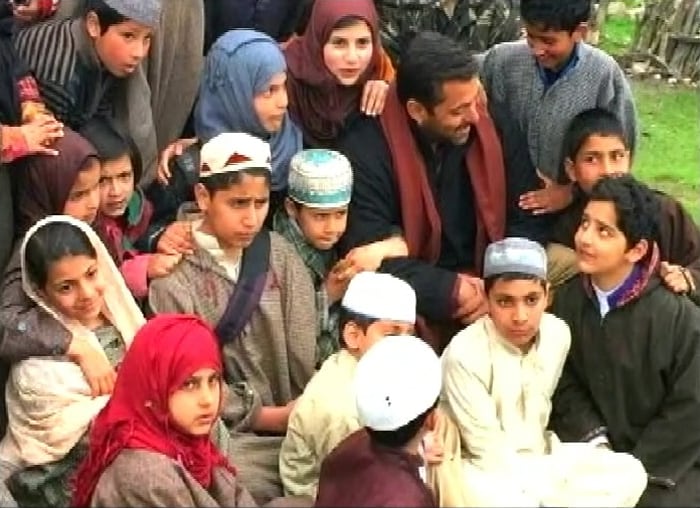 Salman was photographed with a thrilled group of local children.