She's finally done it. After almost a year of promises, Poonam Pandey has stripped to her bare necessities to celebrate the Kolkata Knight Riders win. She posted this picture of herself on Twitter. 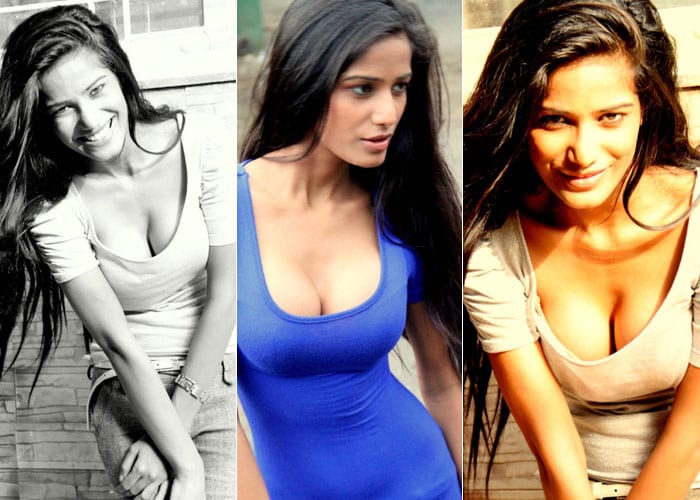 After posting some "inspirational" pics on Twitter to boost Team India's spirit, Poonam Pandey was back with a "Sensational Surprise" for Team India. What's more, she had a special picture dedicated to MS Dhoni. Here's a look... 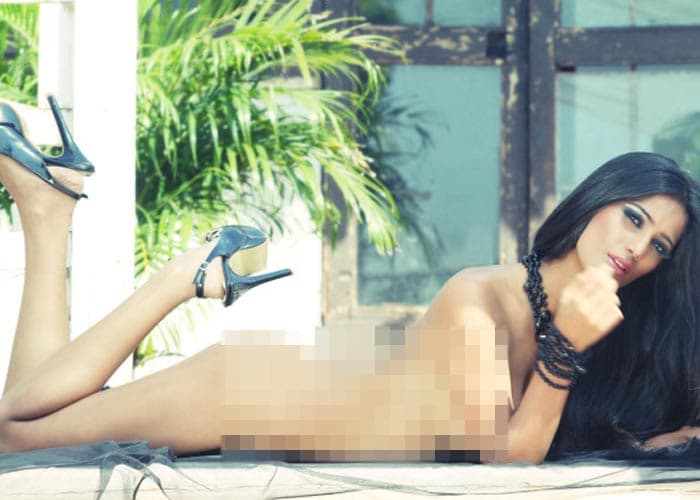 She's finally done it. After almost a year of promises, Poonam Pandey has stripped to her bare necessities to celebrate the Kolkata Knight Riders win. She posted this picture of herself on Twitter, saying "#NewPicAnd here is a Pic as I PROMISED #IPL #KKR #SRK #Dare2BareAll #OnlyForAbove18." 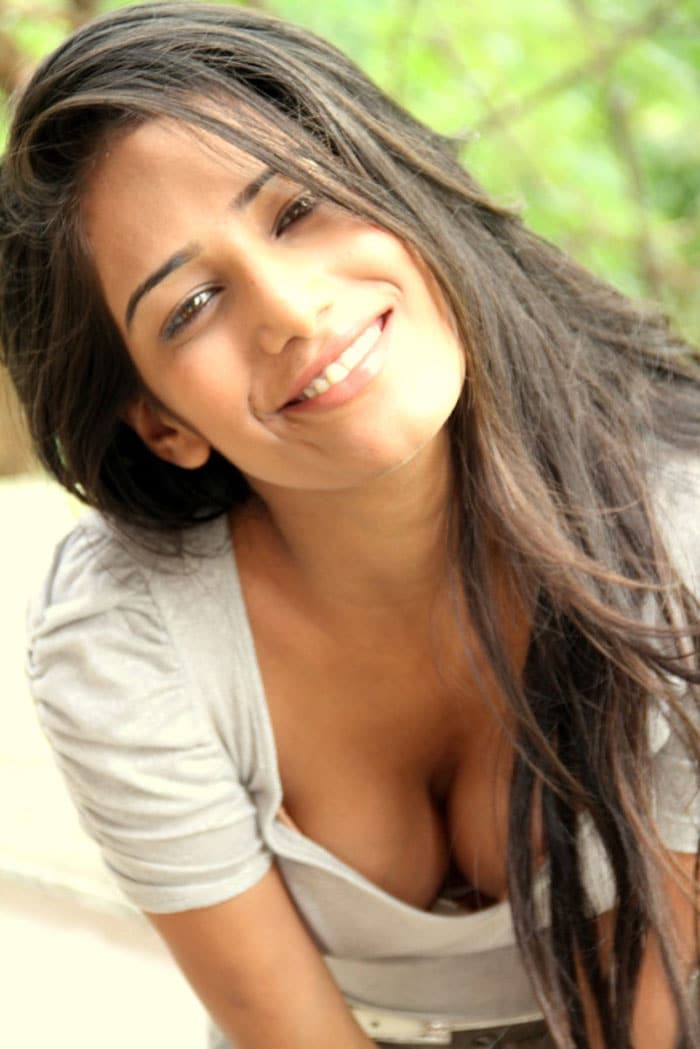 On September 9,2011, she posted this picture saying, "Hey My Lovely Tweeps!! Shot this for u... But the "Sensational Surprise" on its way if the Boys win the match today!!! Love u alll...Muwwwwaaah xoxxo" 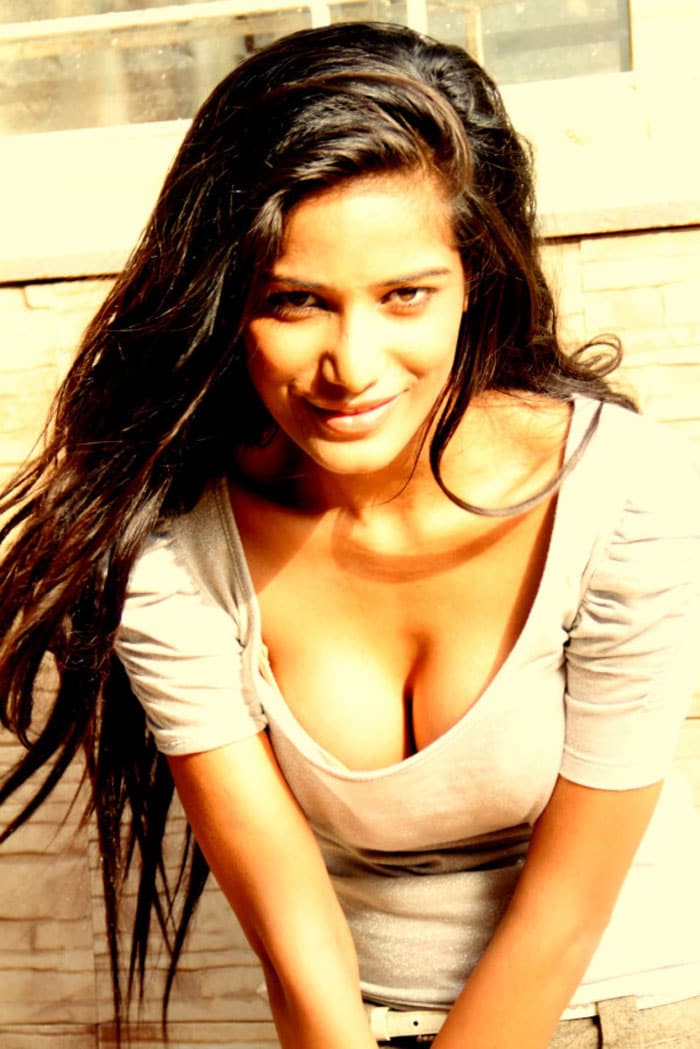 The next one was dedicated to Indian skipper MS Dhoni. She wrote, "This one for MSD for getting back the Hope in the Game!! n if they Win today a "Sensational Surprise" Keep Watching" 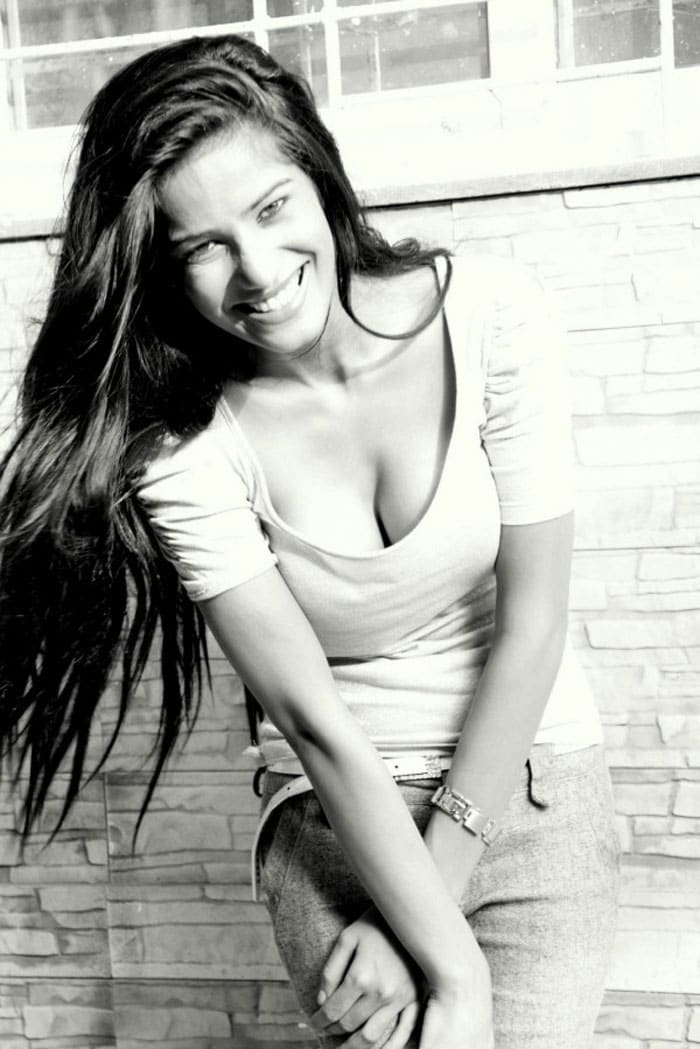 We guess Team India is surely not complaining. 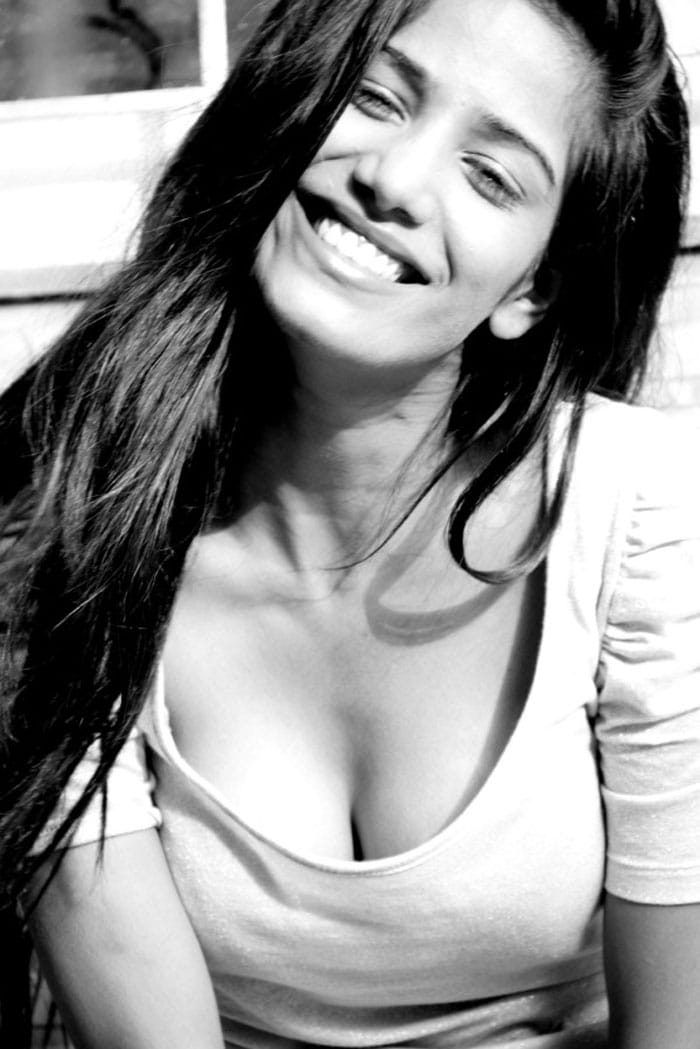 More inspiration on its way for Team India. 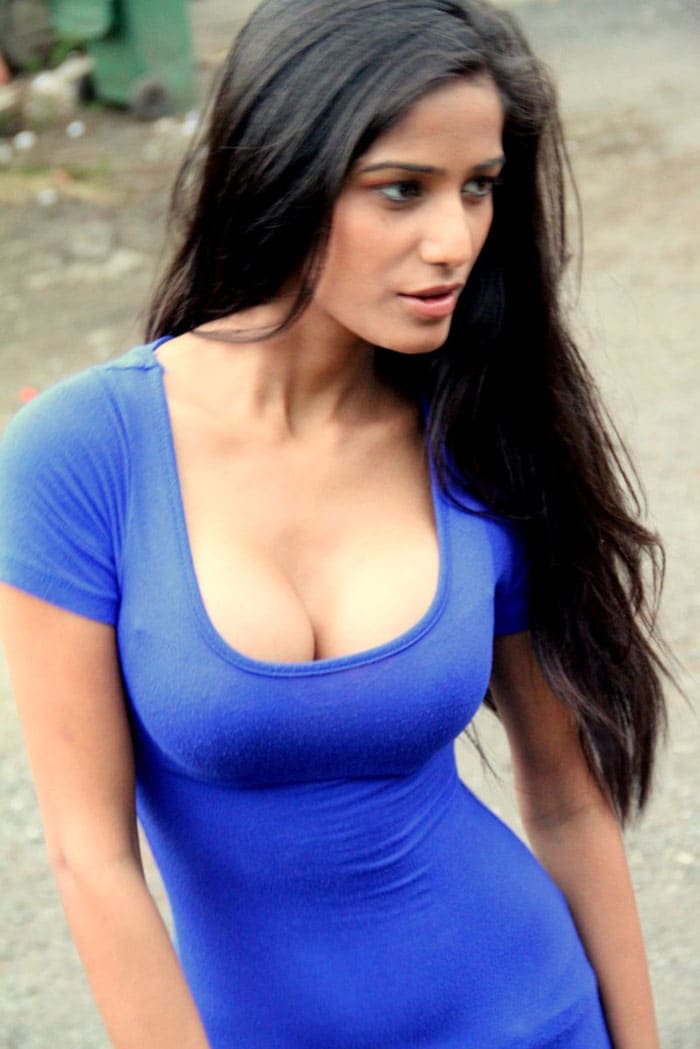 Poonam has a lot more "inspiration" in store for Team India. 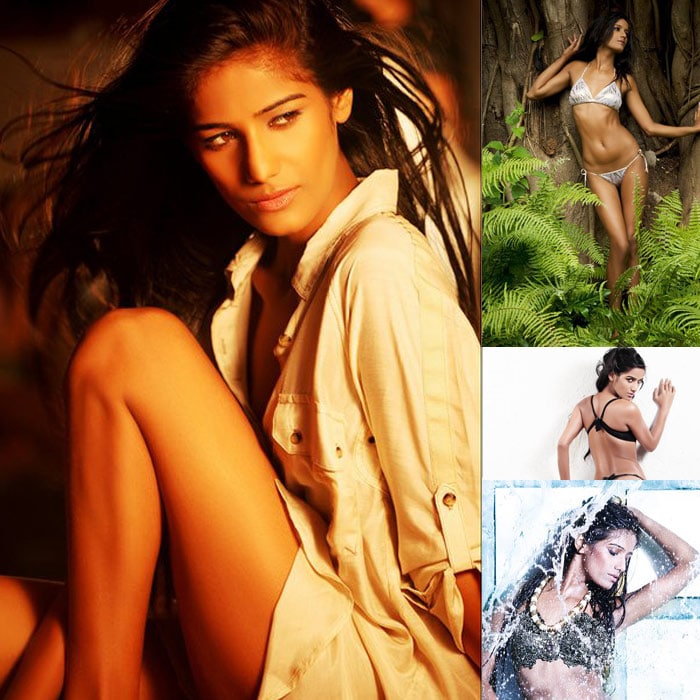 In one of the most risque photo-shoots ever, Poonam Pandey went near-bare to prove to her fans and detractors alike that she stands firm on her stand of shedding clothes sooner than later.

"The world will see that I lived up to my inspiration. now, I am sure my team will beat England. Our time has come... the Pics r in Series every Match they win in England will release More... but for now its a Inspirational one for them," the model tweeted. 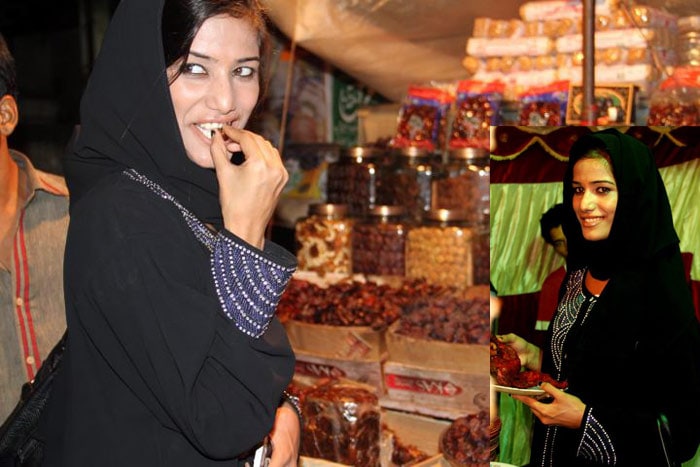 It is not everyday that glam babe Poonam Pandey dons a burkha!

"I decided to haunt the Khao Galli at Mohammed Ali .... As like every year i was there but then this year it was surprising for me as went wearing a BOORKHA... Life after World cup is like from BIKINI to BOORKHA on Streets ;))," she tweeted. 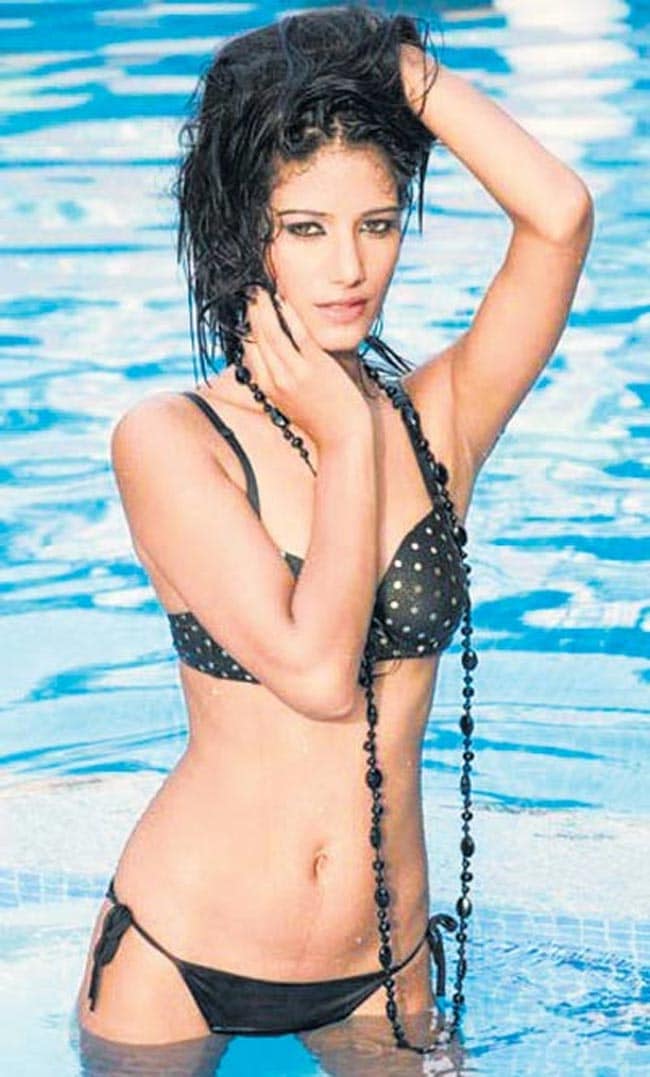 She might not have performed her naked stunt, but Poonam Pandey did manage to capture a few eyeballs while it lasted in the company of daredevil Akshay Kumar.

The model, who appeared in Khatron Ke Khiladi 4, got knocked out before she could create a lasting impression on the audience. 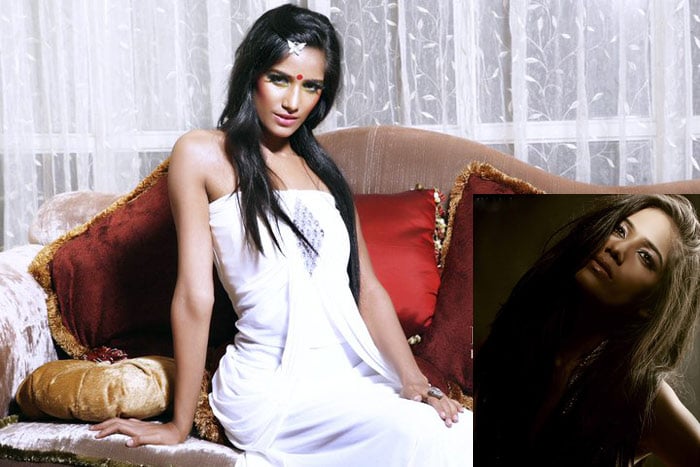 While Poonam Pandey doesn't really need a motivation to strip, she has made sure that she makes her "supporting Team India" cause well known. 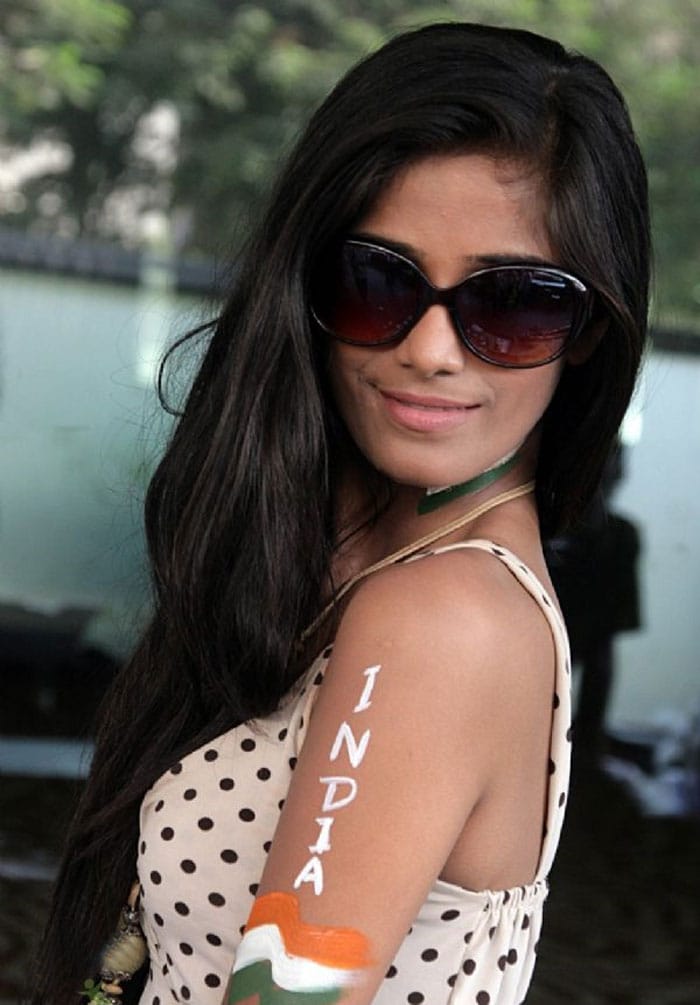 The young model had previously claimed she had lucrative offers from international magazines that want her to pose in the buff.
(Source: IANS) 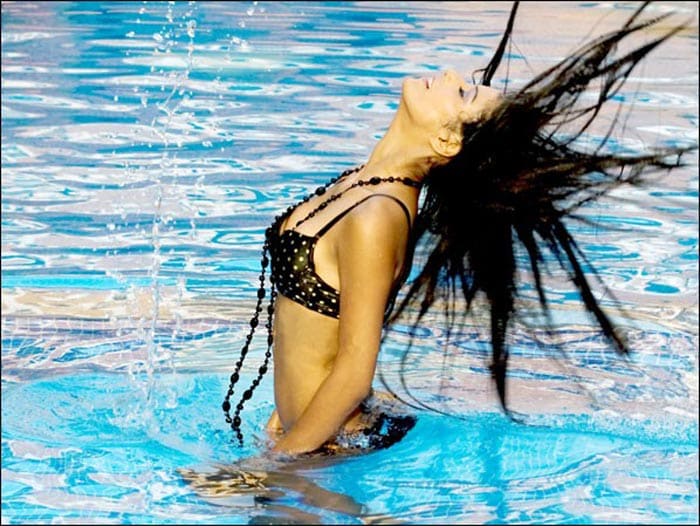 But, she went onto add, she has rejected them all saying she will strip only for the World Cup-winning Indian cricket team.
(Source: IANS) 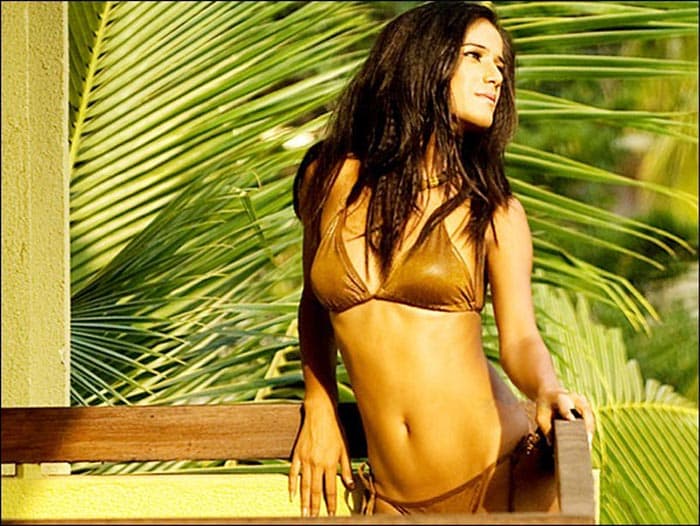 Poonam made her controversial offer on Twitter just before the semi-final in Mohali.
But later she made a statement saying she would only do so if BCCI permits. On Friday she sent an official letter to the board, saying going naked for the team would have a "therapeutic" effect on Team India and help them win.
(Source: IANS) 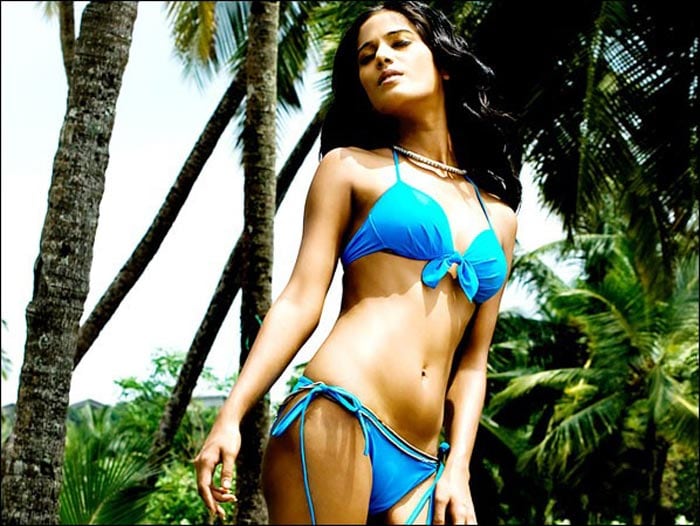 In the letter, she wrote: "..I want India to win the Cricket World Cup 2011 and am willing to go the extra mile to do anything so that India wins the World Cup. I am ready and willing at any place and time of the Indian teams choosing to go in the nude to boost their sporting spirit to perform better.
(Source: IANS) 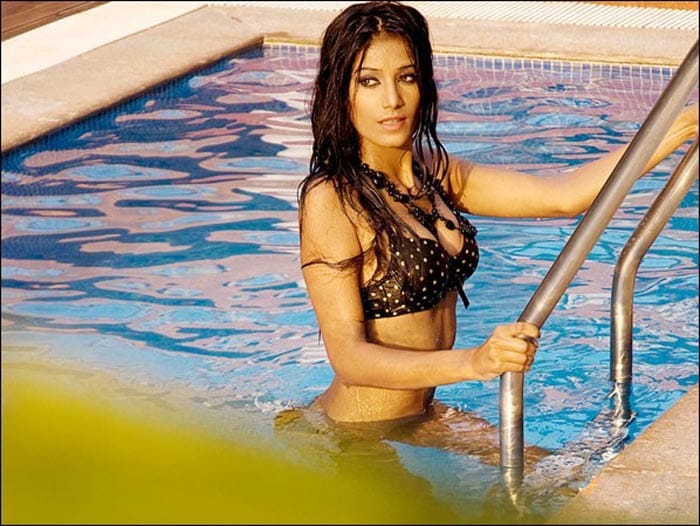 The model made a "humble request" to be allowed to "perform in the privacy of the Indian cricket team's dressing room or any other place of your choosing". She suggested "a foreign land like Paris in France, so that the Laws of India - if a hindrance, shall not apply".
(Source: IANS) It would act like a "private therapeutic performance with a psychologist's presence" and "cannot be an offence under any law for the time being in force if the team members have no objection and the BCCI gives the go ahead".
(Source: IANS)