PK's Day Out With Two Earthlings 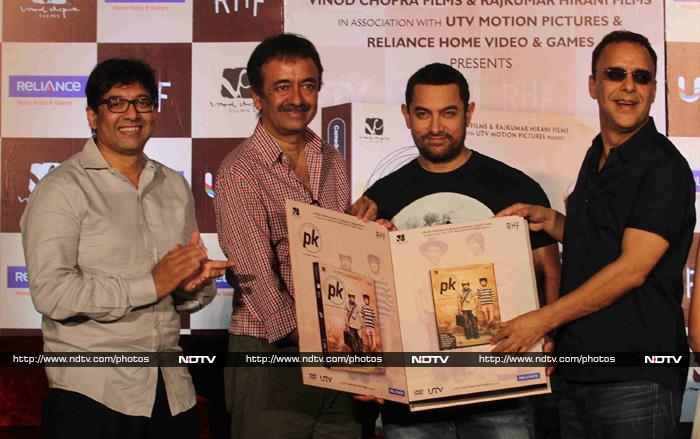 Bollywood actor Aamir Khan, director Rajkumar Hirani, producer Vidhu Vinod Chopra and screenwriter Abhijat Joshi unveiled the DVD of their film PK in Mumbai on March 11. Aamir, who plays an alien in PK, also apologised to those who may have been offended by the film stating that there was no intention by the makers to hurt anyone's religious sentiments. 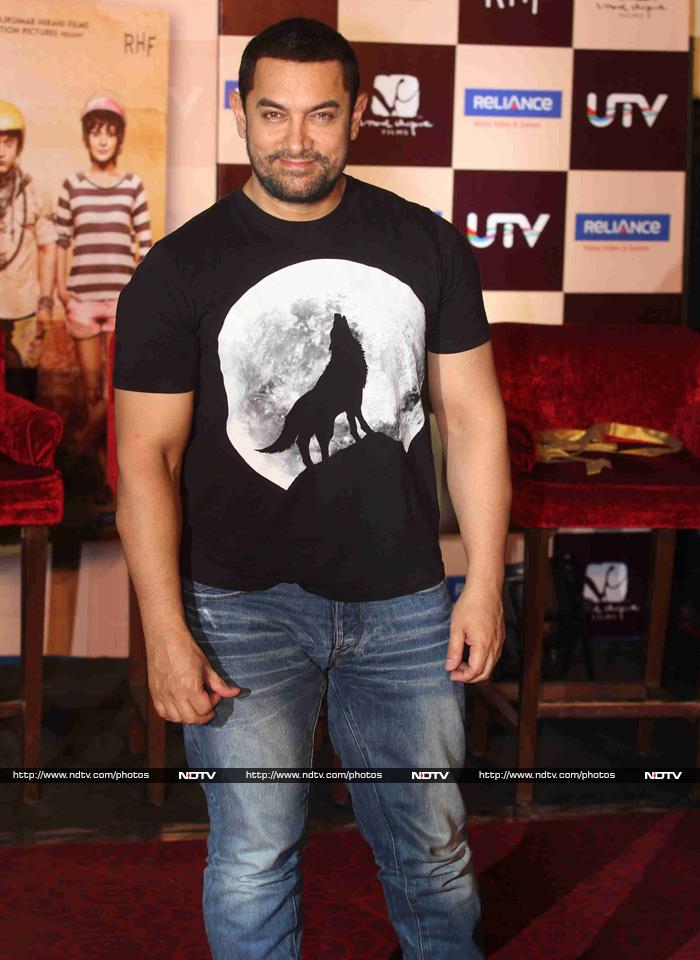 Aamir, who had bulked up for his upcoming film Dangal, looked smart in a monochrome graphic T-Shirt and a pair of denims. 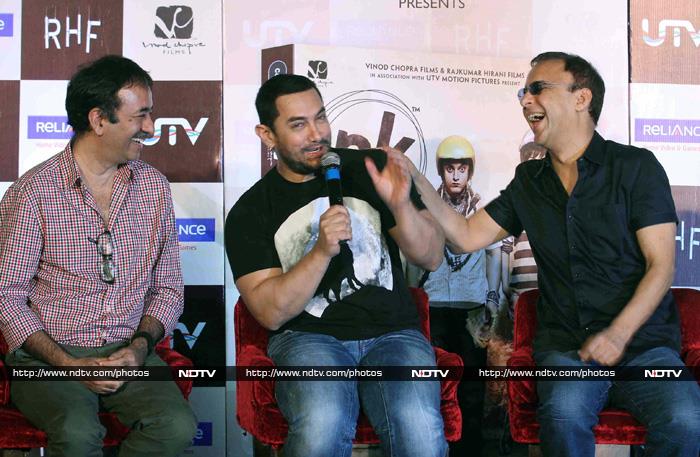 The Three Muskeeters: The camaraderie between Aamir and his PK producer and director was hard to miss. 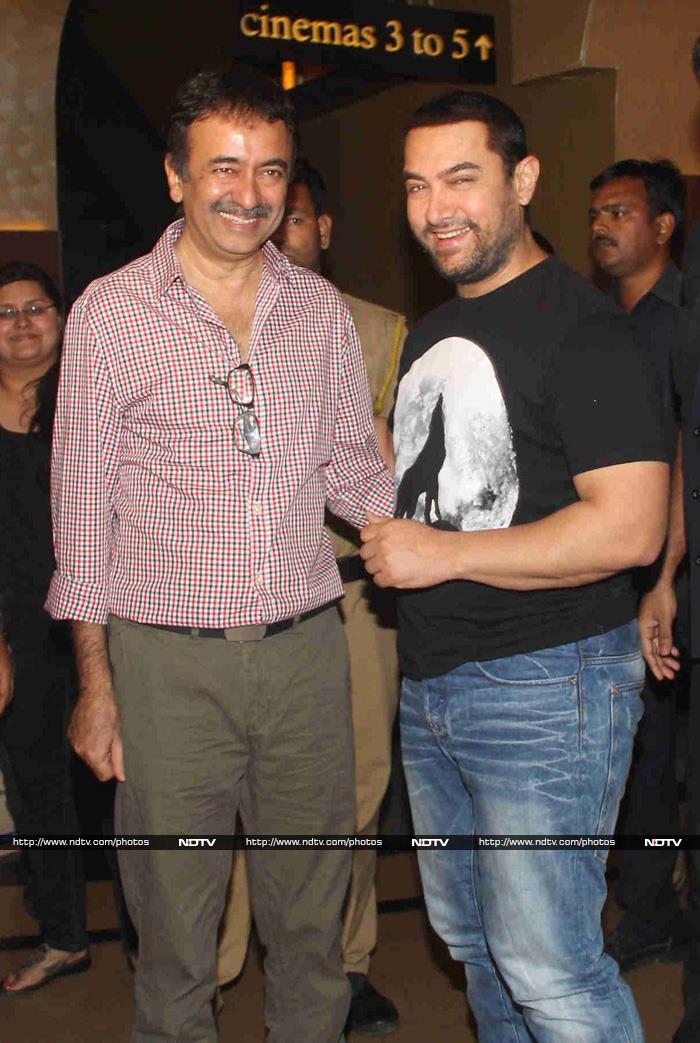 Aamir and Rajkumar Hirani seemed to have a lot to catch up on. 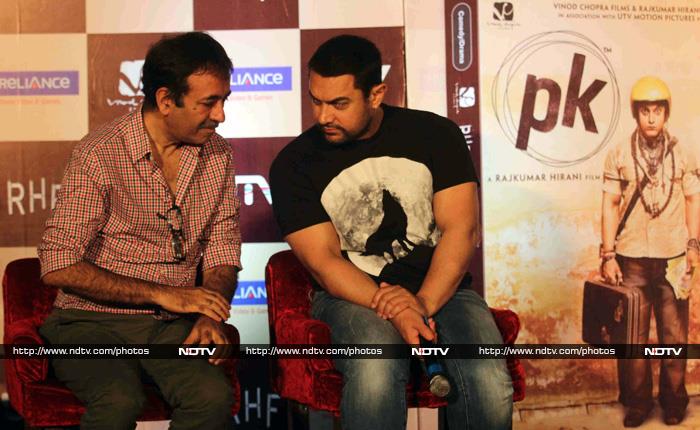 The two even managed a quiet conversation away from the madding crowd. 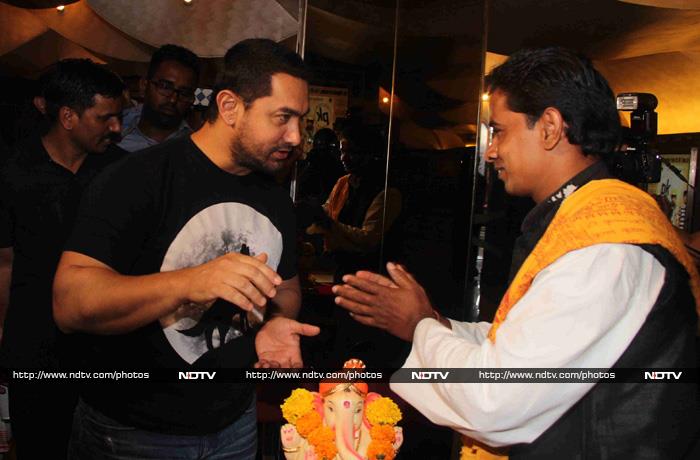 Aamir also sought the blessings of a priest.

Coming up - Broken Horses and a Vintage Car: Big B, Aamir, Sushant 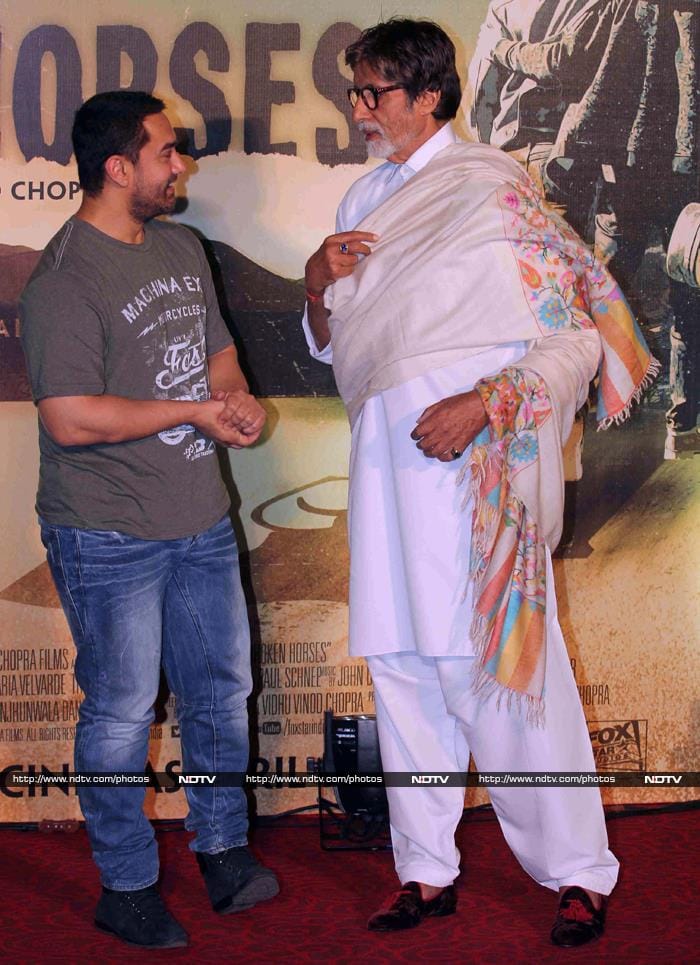 Aamir, who is beefing up for the role of a wrestler in his next film, was seen in conversation with Mr Bachchan at the event. 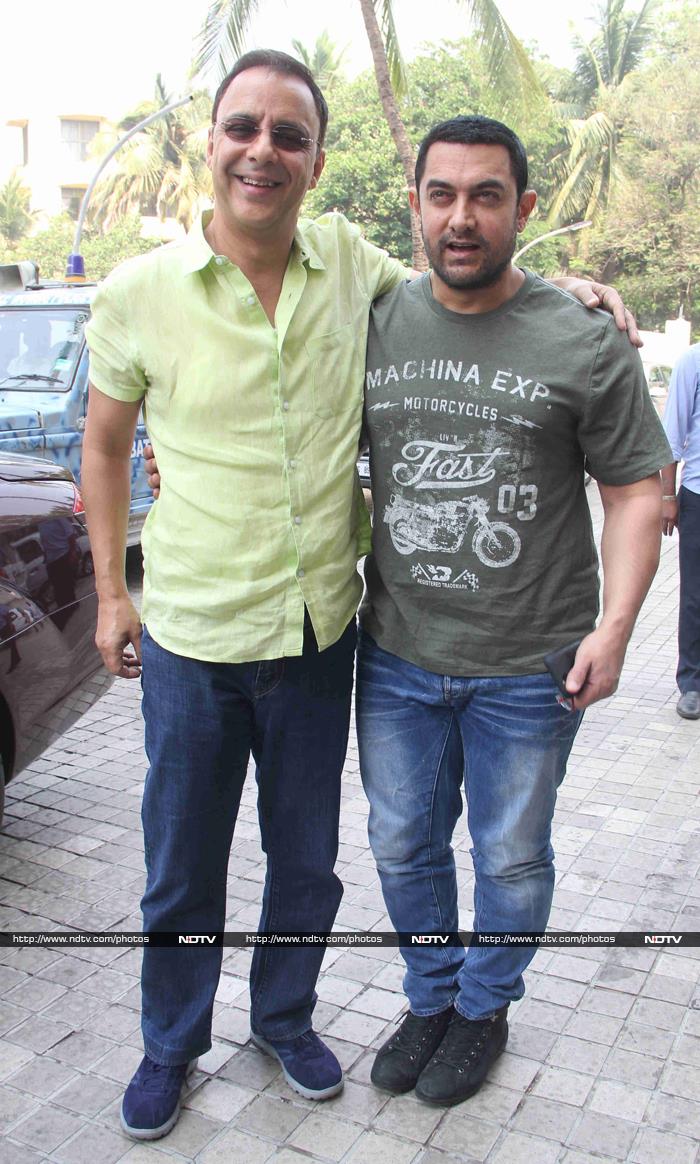 Aamir struck a pose with Vidhu Vinod Chopra, with whom he worked on films like 3 Idiots and PK. 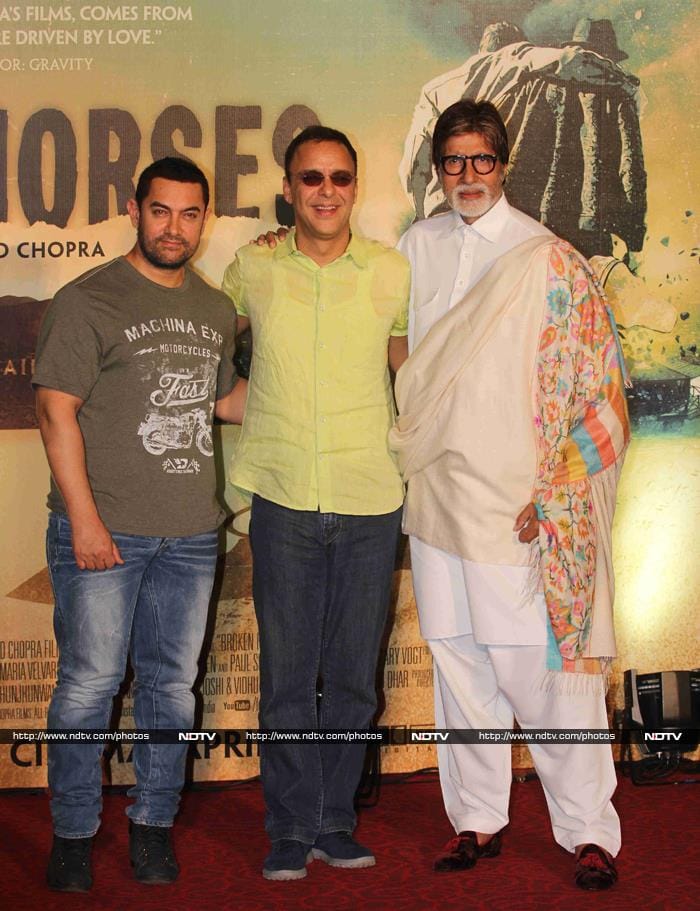 Mr Bachchan joined them for a picture at the launch.

Broken Horses is set to release on April 10. 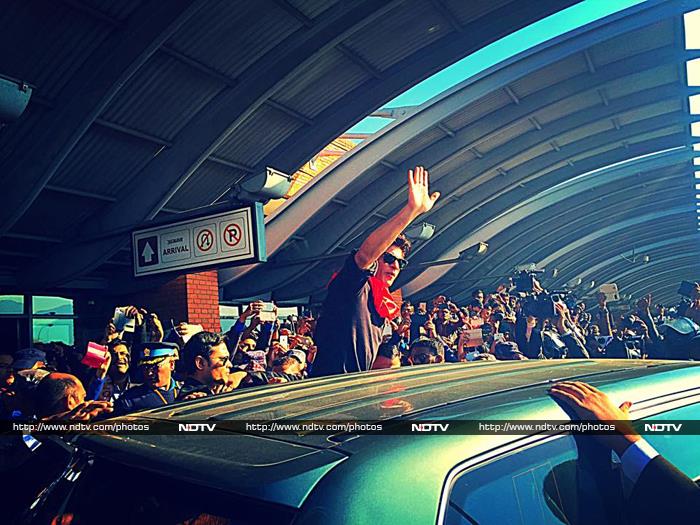 Meanwhile, superstar Shah Rukh Khan was spotted waving at his fans in Nepal. The actor is in Nepal to promote an environment-friendly initiative of a paint brand that he endorses. 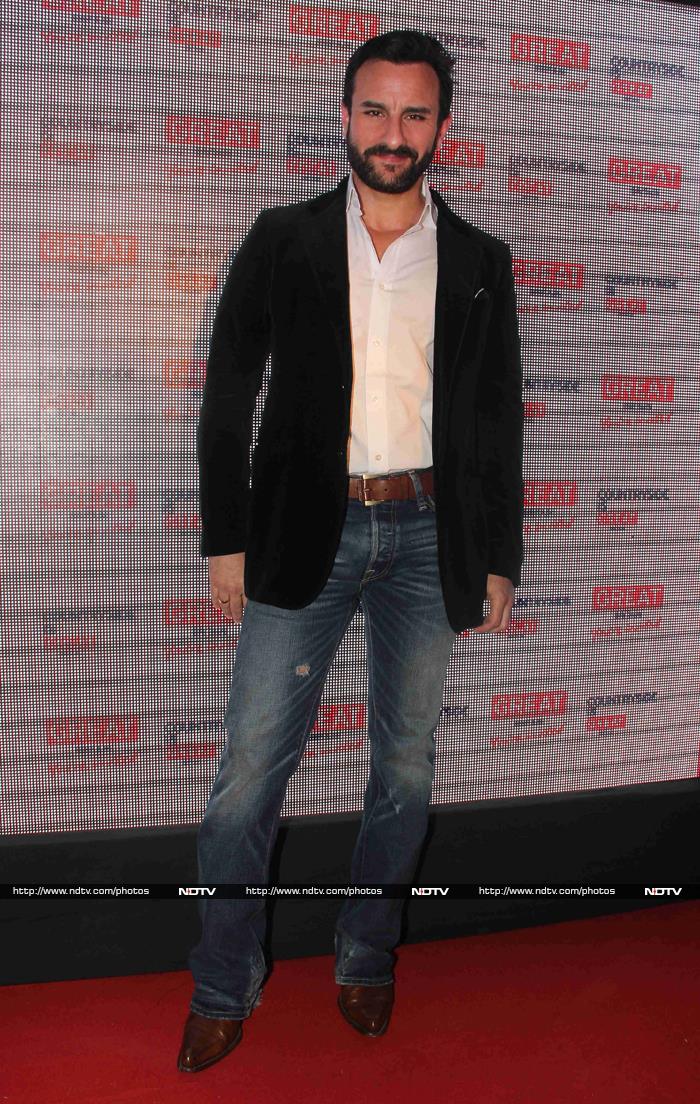 Actor Saif Ali Khan, who loves to holiday in the UK, was seen addressing an event to endorse UK tourism in Mumbai. 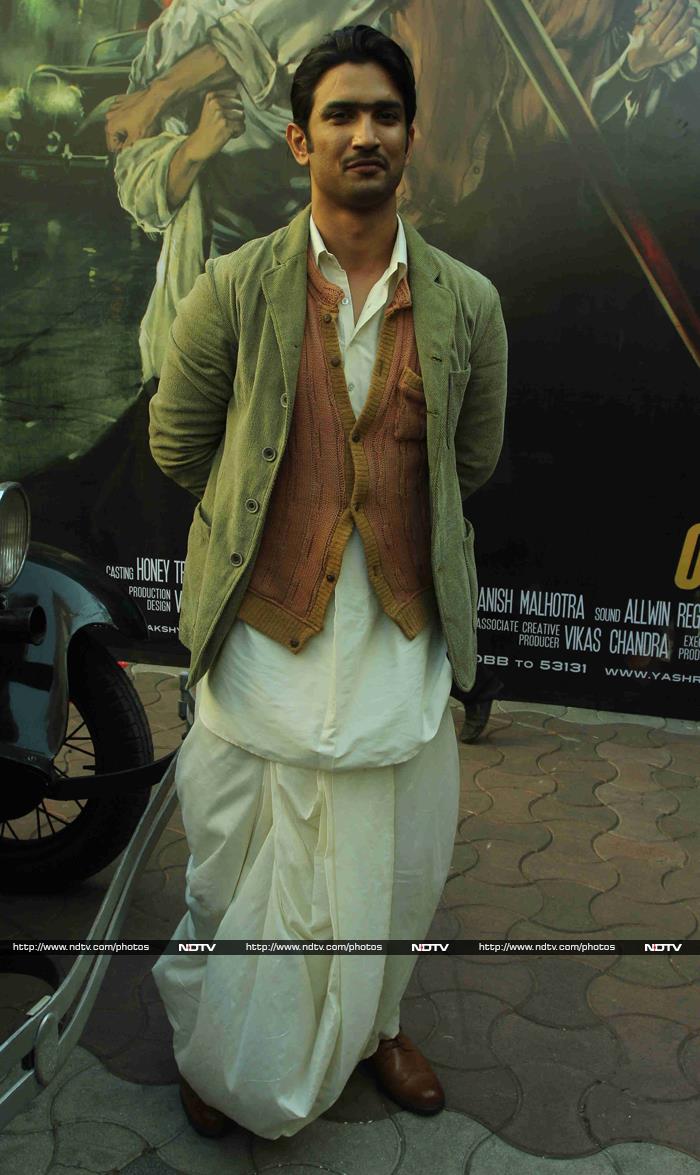 On the other hand, actor Sushant Singh dressed in a dhoti to keep up with his character of Bengali sleuth Byomkesh Bakshy at the launch of the second trailer of Dibakar Banerjee's Detective Byomkesh Bakshy! in Mumbai. 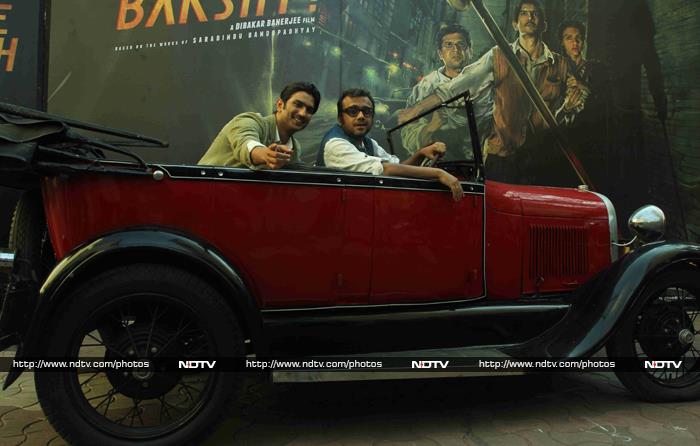 Sushant posed with director Dibakar in a red vintage car. 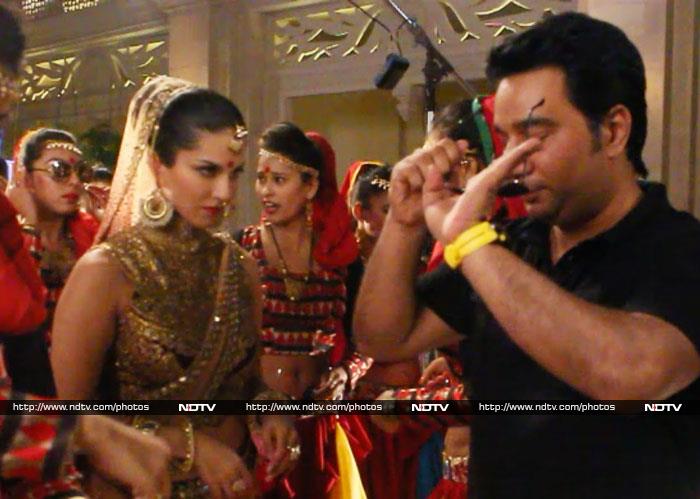 Meanwhile, actress Sunny Leone was spotted on the sets of her film Ek Paheli Leela, learning some dance moves from choreographer Ahmed Khan. 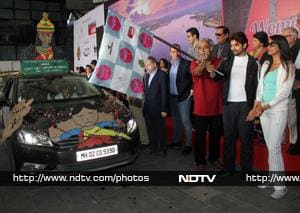 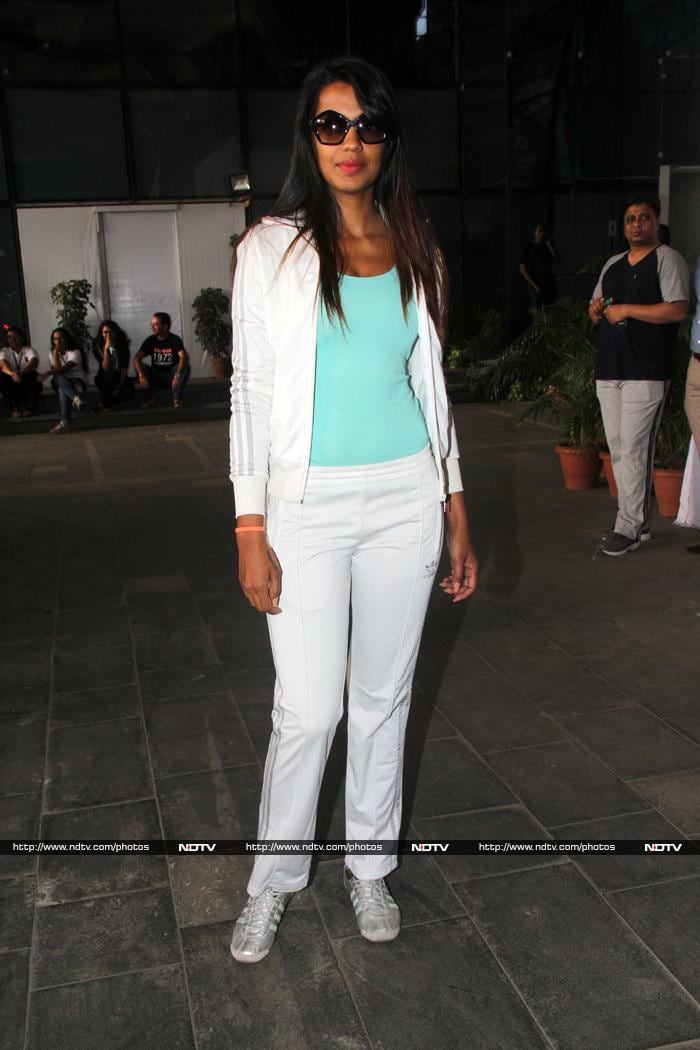 Mugdha dressed for the occasion in a tracksuit.