Michael Jackson, the King of Pop, would have been 56 today. Since his death five years ago, his birthday has become an occasion for both nostalgia and celebration of the contribution he made to the world of music. The legendary artist has been named the most successful entertainer of all time by Guinness World Records. His contribution to music, dance and fashion made him a global icon for over four decades. He is one of the few artists to have been inducted into the Rock and Roll Hall of Fame twice. 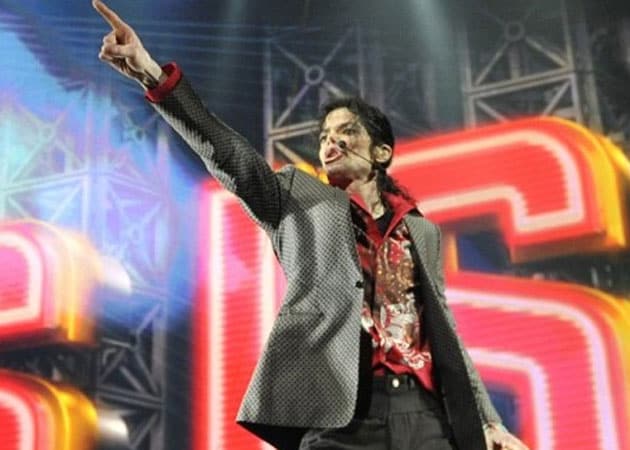 Michael Jackson, the King of Pop, would have turned 56 today. Since his death five years ago, his birthday has become an occasion for both nostalgia and celebration for the contribution he made to the world of music. The legendary artist has been named the most successful entertainer of all time by Guinness World Records. His contribution to music, dance and fashion made him a global icon for over four decades. He is one of the few artists to have been inducted into the Rock and Roll Hall of Fame twice.

Here's a pictorial look at his journey - the family, the fame and the fall. 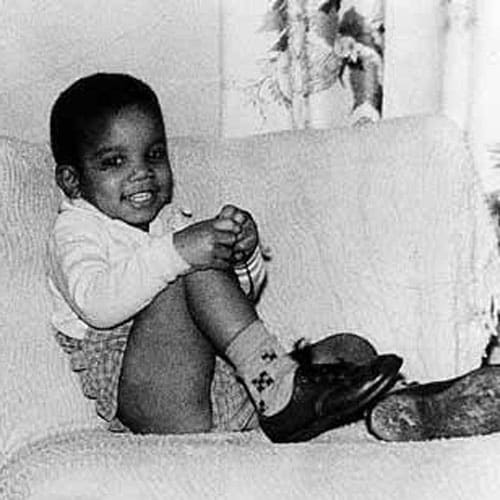 Michael Joseph Jackson was born on August 29, 1958, in Gary, Indiana to an African-American working class family. He was the eighth of ten children. He had a difficult childhood in which he reportedly dealt with physical and emotional abuse by his father. 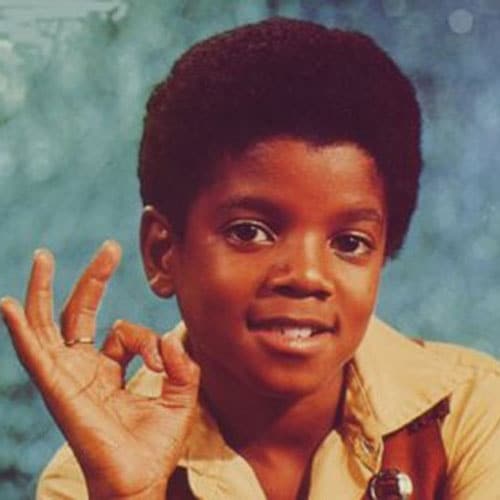 Michael Jackson began his career in showbiz at the age of 11 as a member of the family music band The Jackson 5. The group set a record with four consecutive singles, including I'll Be There, peaking at number one on the Billboard Hot 100. 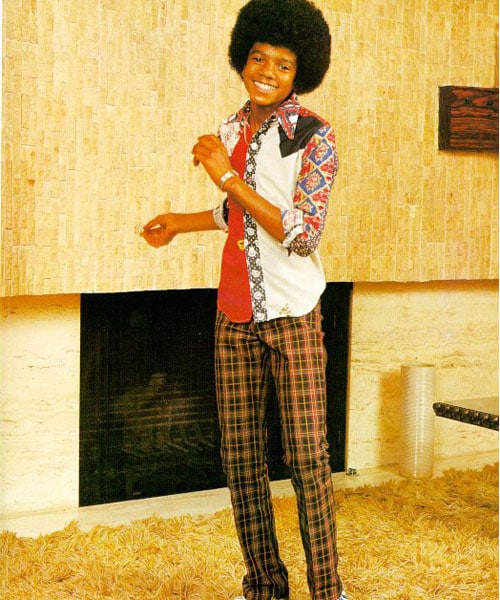 In 1971, Michael Jackson, then 13, went solo with hits like Got To Be There, Ben and Rockin Robin. 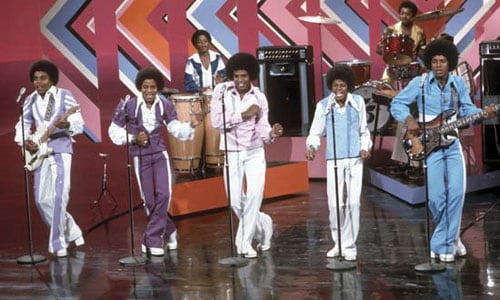 However, young MJ didn't quit The Jackson 5, who renamed themselves The Jacksons in 1975, until the early ‘80s when his solo effort Thriller became the best-selling album worldwide. MJ served as the lead songwriter and vocalist for the band, touring with them till 1984. 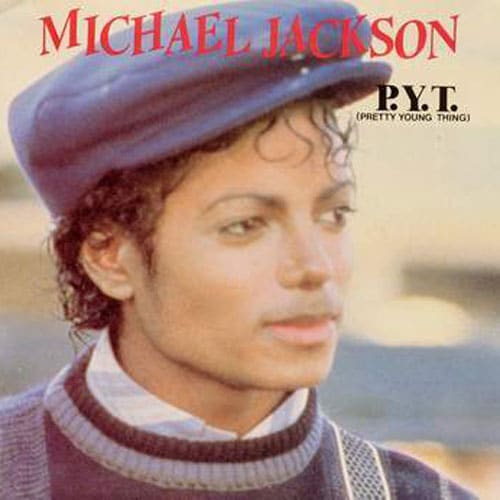 Now an emerging solo powerhouse, Michael Jackson was signed on by Epic Records, with whom he recorded the album Off The Wall which climbed to the No 3 position at the Billboard 200. The album featured the hit song Don't Stop 'til You Get Enough'. 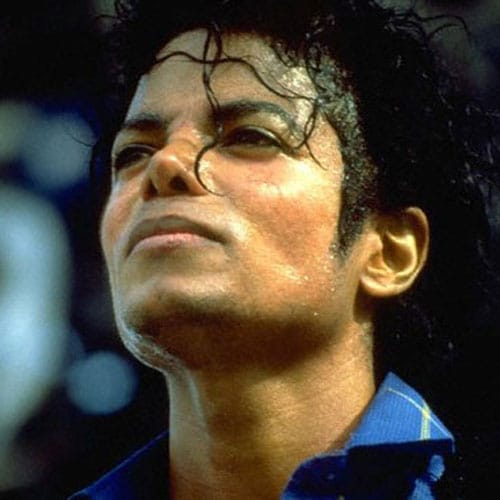 In 1982, he won several awards, including a Grammy for Best Male R&B Vocal Performance for Don't Stop 'til You Get Enough. 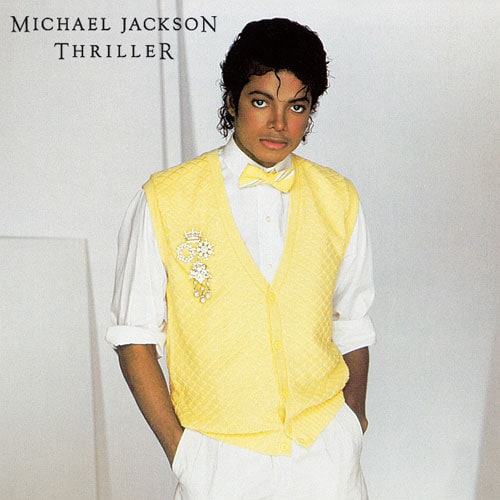 His breakthrough came with the record-shattering Thriller, which came out in late 1982. The music video, featuring MJ as a zombie, and songs like Billie Jean, Beat It and Wanna Be Startin' Somethin shot him to instant fame. 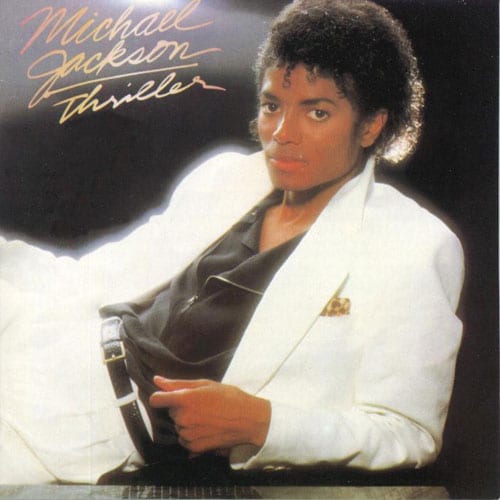 Thriller won a record-breaking eight Grammy awards and remains one of the highest selling albums of all-time. 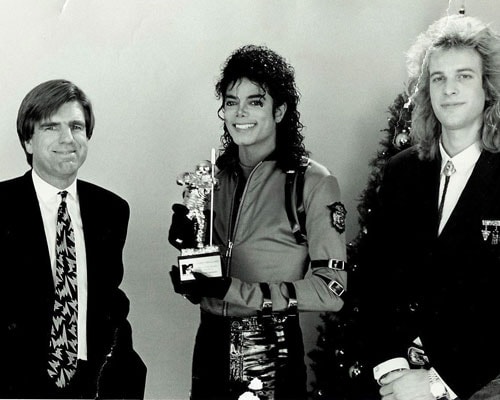 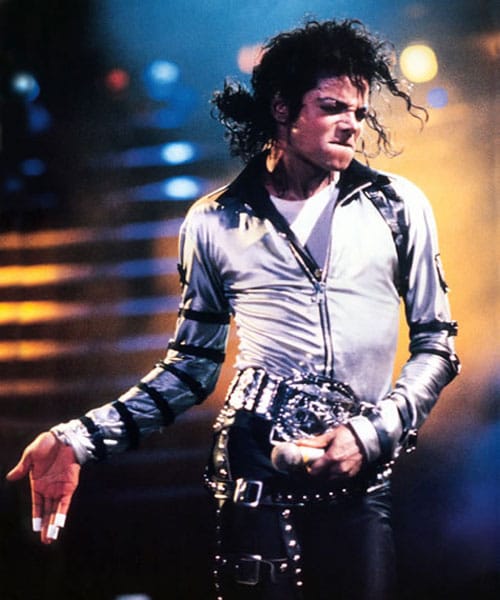 In 1985, MJ co-wrote the song, We Are The World with Lionel Ritchie. It was a USA for Africa initiative and a number of stars from the music industry participated in the song and the video. However, MJ opted out (as protest) of the We Are The World concert that took place subsequently. 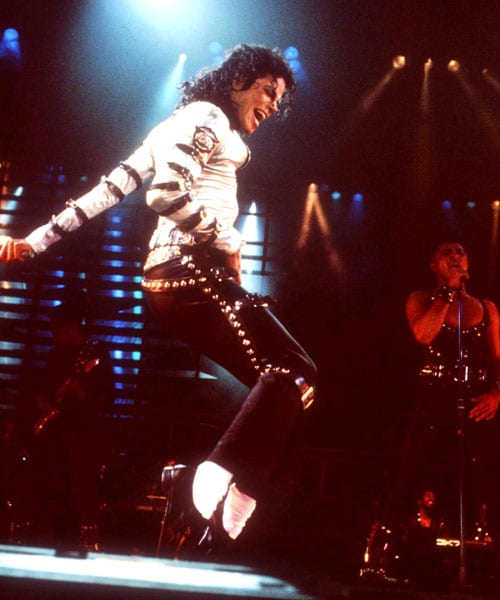 Michael Jackson released his eighth album, Dangerous, in 1991. Black Or White was its biggest hit, reaching number one on the Billboard Hot 100. With videos such as HIStory, Black or White and Scream, he continued to be highly visible on MTV in the 1990s and also began to forge a reputation as a touring artist. 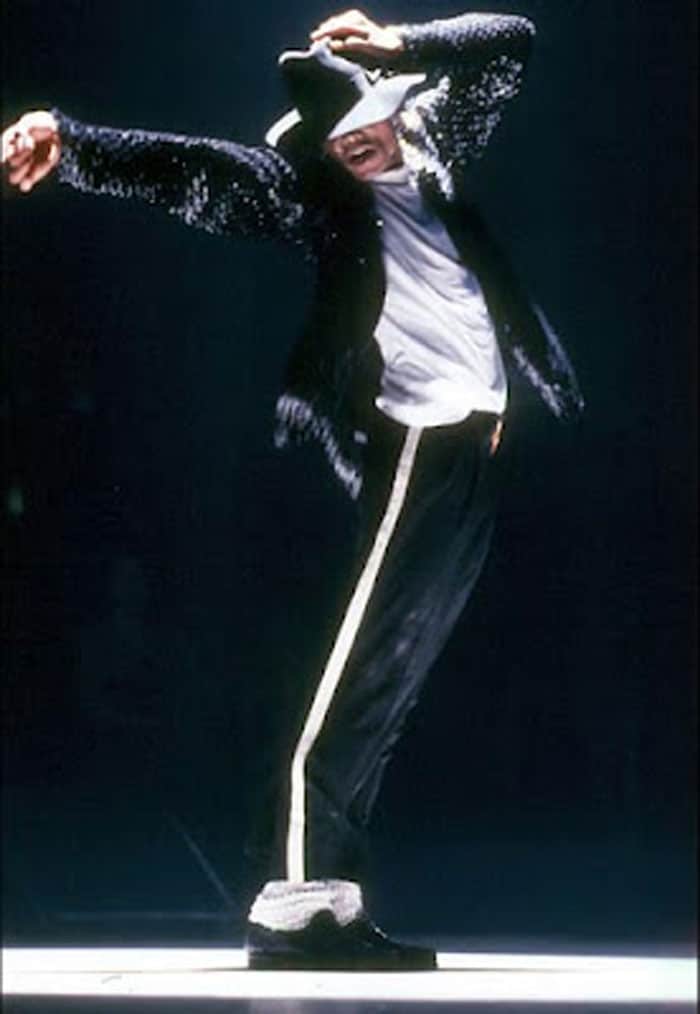 As famous for his dance routines as for his music, Michael Jackson's signature move was the much-copied moonwalk which he debuted in a 1983 TV show celebrating 25 years of Motown. He also became famous for his concert outfits which included sequinned jackets a single glittering glove. 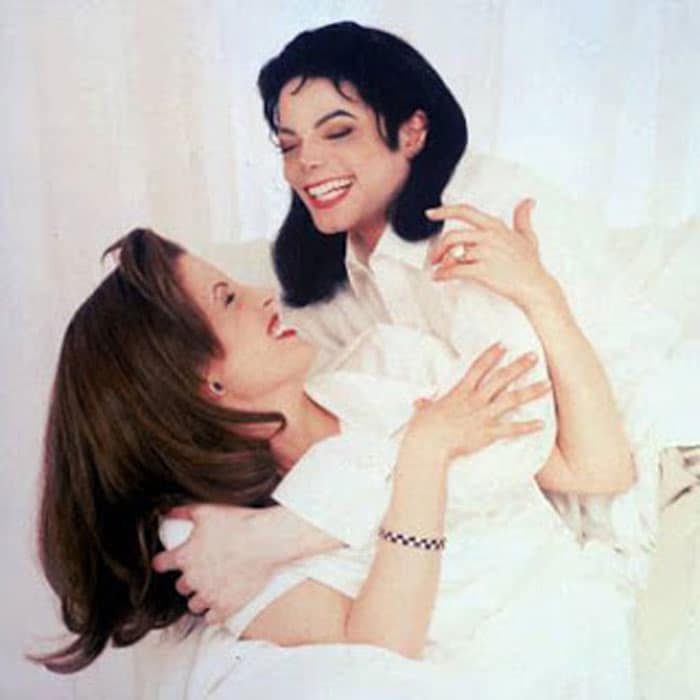 In May 1994, Michael Jackson married Elvis Presley's daughter, Lisa Marie Presley. However, the marriage lasted for less than two years and ended in an amicable divorce settlement. 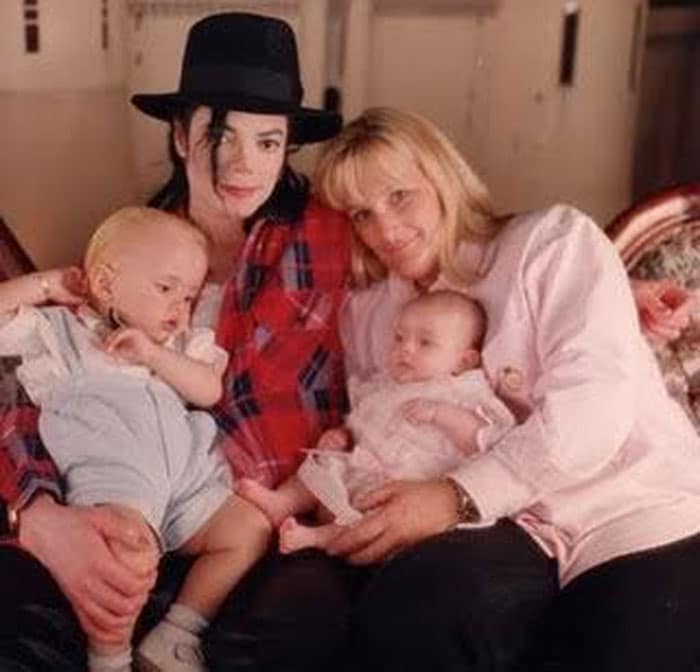 Michael Jackson married nurse Deborah Jeanne Rowe during the world tour of HIStory in 1996. The couple had two children – Prince, born in 1997, and Paris-Michael Katherine Jackson, who was born in 1998. The couple divorced in 1999, and MJ was granted full custody of the children. 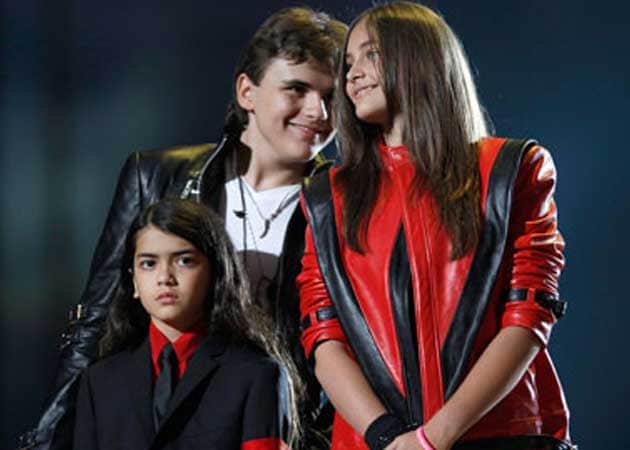 His third child, Prince Michael Jackson II (nicknamed Blanket), was born to an unnamed surrogate mother on February 21, 2002. In November the same year, MJ caused a worldwide furore by briefly dangling the baby out of his hotel balcony in Berlin. 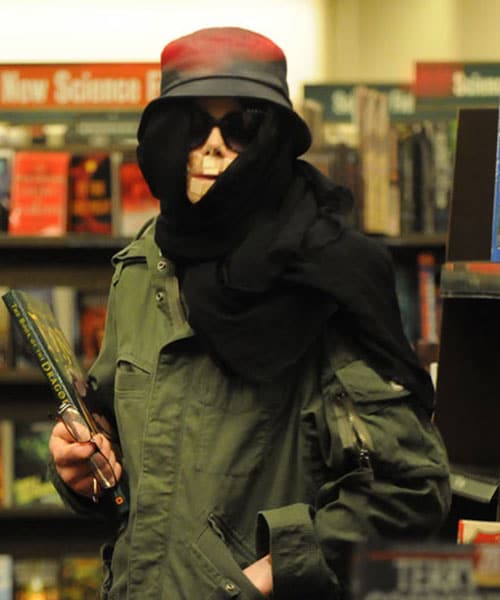 Now the world's most in demand entertainer, MJ was also one it's most controversial, living a Peter Pan-like life on a ranch named Neverland with his pet chimpanzee Bubbles who, according to MJ himself, also served as housemaid. Rumours that surrounded his shrouded existence included having bought the bones of the Elephant Man and sleeping in an oxygen chamber. MJ denied these rumours in a 1993 interview to Oprah Winfrey. 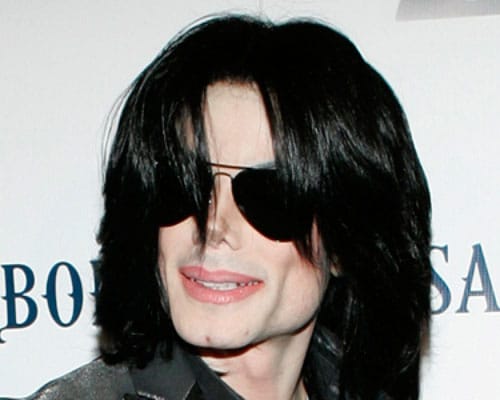 For the better part of his fame-ridden life, MJ was dogged by accusations of paedophilia and child abuse. In 1993, he was accused of sexual abuse by a 13-year-old named Jordan Chandler and his father. An investigation proved inconclusive and charges were never filed. In 2003, the documentary Living With Michael Jackson featured the singer holding hands and discussing a sleepover with a young boy. This time, MJ was arrested and charged. After a trial that lasted five months, MJ was acquitted. 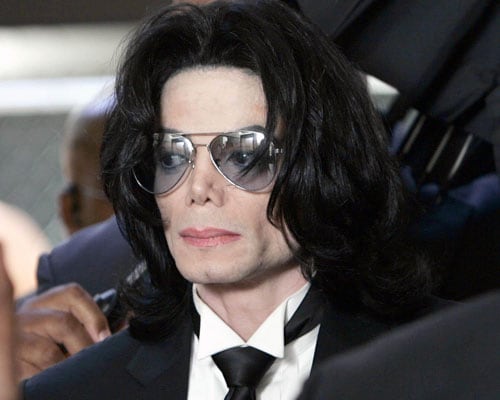 Michael Jackson was also infamous for his changing appearance, making a near career out of getting facial surgeries. It all began as medical procedures after he broke his nose while dancing in 1979. He had a total of four rhinoplasty surgeries. In 1984, MJ's hair caught fire while shooting a simulated concert for a Pepsi commercial. He suffered second-degree burns on his scalp, necessitating more surgery. 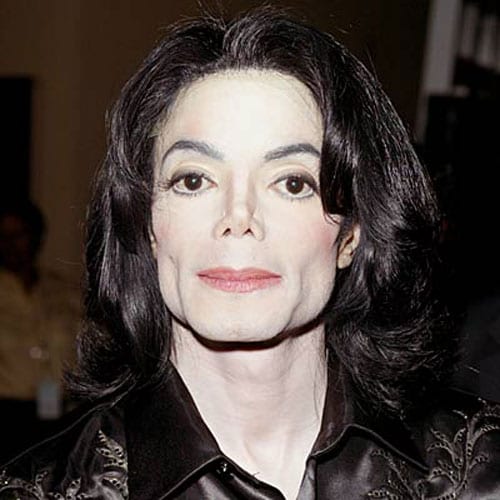 In the famous Oprah interview, MJ also stated that he suffered from the skin disease vitiligo, denying that he had bleached his skin or been though a skin-colour-change operation. 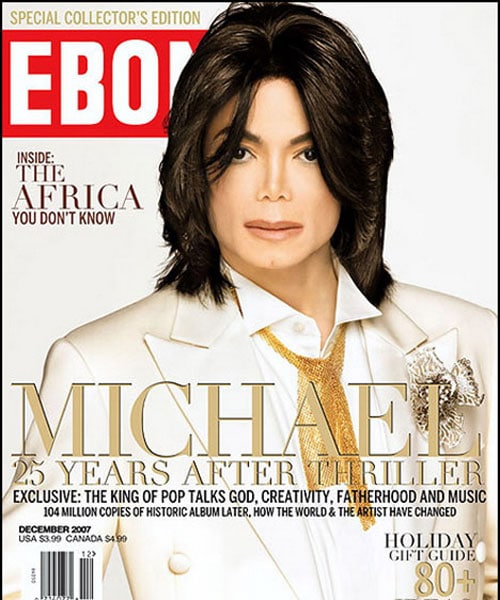 A cover-shoot showed a much-improved image of Jackson a few years before his death. 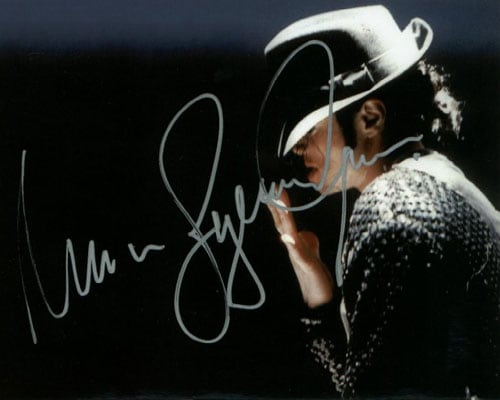 On June 25, 2009, Michael Jackson was pronounced dead after paramedics found him in a coma at his Bel-Air mansion in Los Angeles. He was two months short of his 51st birthday. His death triggered an outpouring of grief from around the world. Michael was at that time preparing for his comeback concert, This Is It. 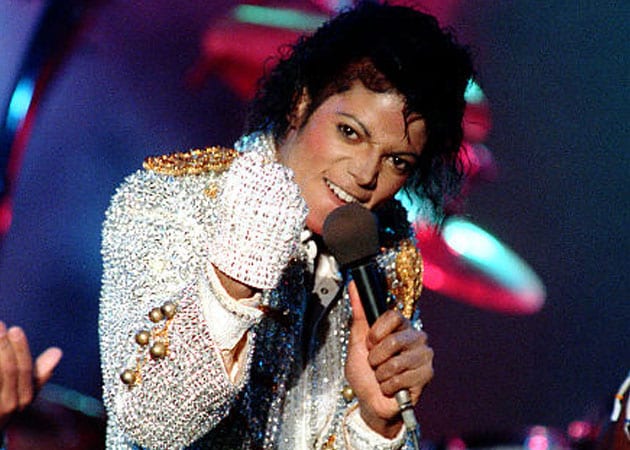 The Los Angeles County Coroner ruled his death a homicide and, in 2011, his personal physician Conrad Murray was convicted of involuntary manslaughter. Dr Murray was blamed for having given Michael Jackson an overdose of the anesthetic propofol, to help him cope with chronic insomnia as he rehearsed for the series of 50 planned London shows. The Jackson family had accused tour promoters AEG Live of negligently hiring Dr Murray to care for the star as he prepped for his doomed "This Is It" shows. AEG, on the other hand, maintained that Dr Murray was hired by Michael Jackson himself. In October 2013, a Los Angeles jury decided that AEG Live hired the doctor, but also concluded that the concert promoter was not liable for Michael Jackson's drug overdose death. 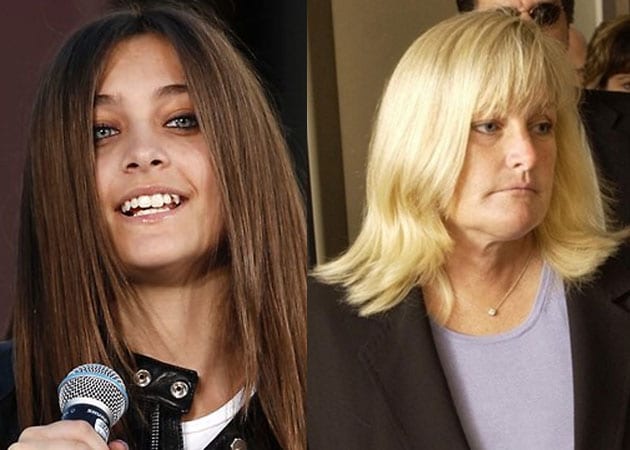 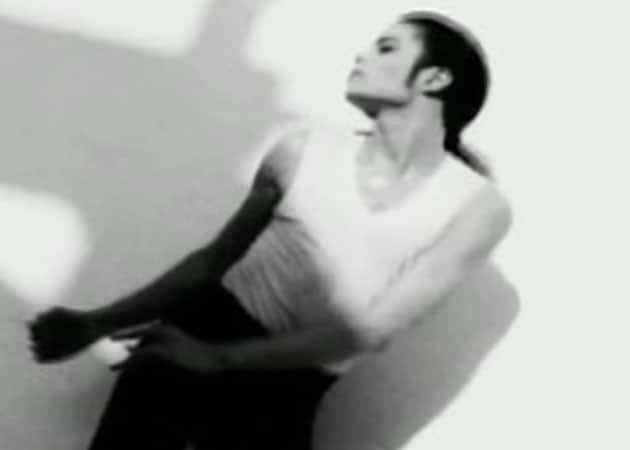 Michael Jackson's family is reportedly planning eight posthumous albums featuring the King of Pop. The first music video of his song, A Place With No Name, from his posthumous album XSCAPE was recently screened at the Times Square in New York. 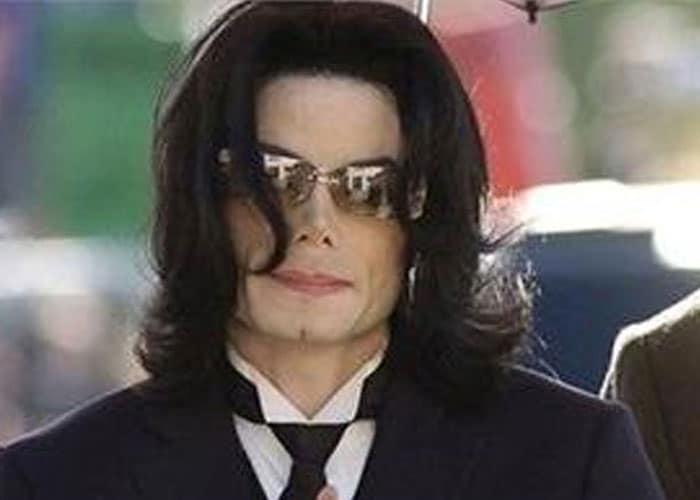 The legacy of Michael Jackson is more than just the sum of his controversies. He was, for the better part of three decades, the touchstone of American pop culture and a rare talent in the lexicon of world music.