Marilyn Monroe's X-Ray to be auctioned

An X-Ray of Hollywood icon Marilyn Monroe is set to go under the hammer at an upcoming auction. 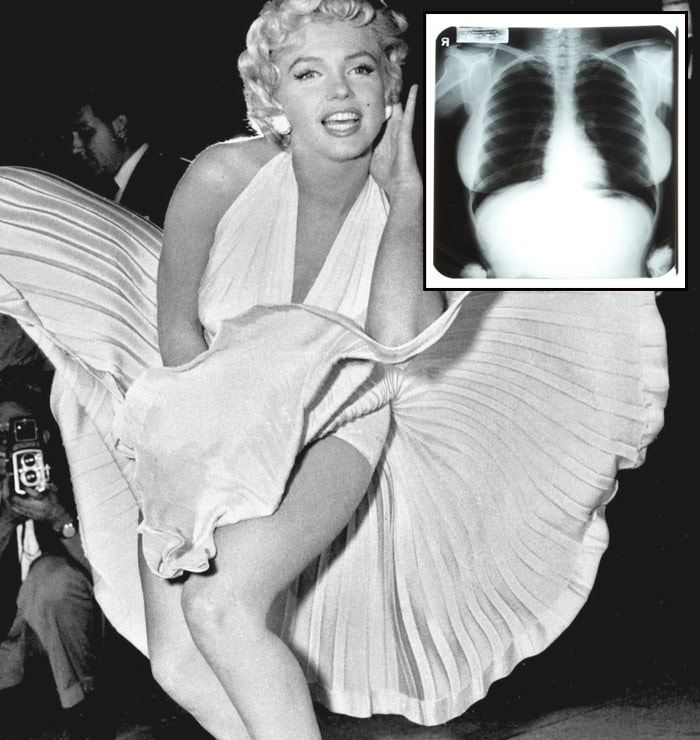 An X-Ray of Hollywood icon Marilyn Monroe is set to go under the hammer at an upcoming auction.

The X-Ray of the star's chest was taken at a Florida hospital in 1954 when she was being treated for womb condition endometriosis, Contactmusic reported.

The X-Ray which shows the star's ribs as well as the outline of her famed cleavage, was printed with her married name DiMaggio, at the time she was going through a divorce from baseball legend Joe DiMaggio. 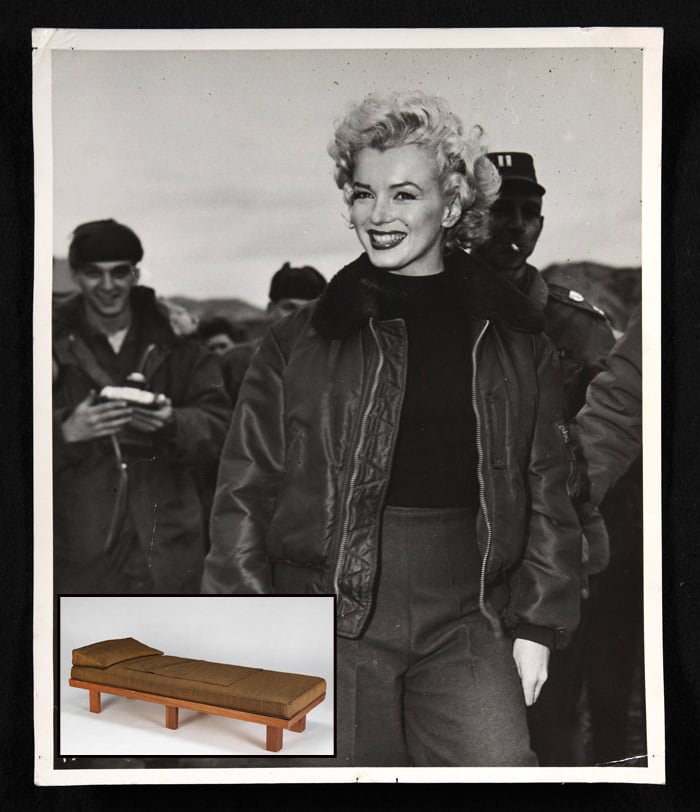 The bizarre lot is one of many Monroe-linked items up for sale at a Las Vegas auction slated for June. The couch the star used during therapy sessions is also expected to sell. The sale by Julien's Auctions will take place on June 26 and 27 at the Planet Hollywood Resort and Casino in Las Vegas.

In this inset is a mid-century modern daybed from the office of Marilyn Monroe therapist, Dr Ralph Greenson. This item is part of Julien's Auctions Hollywood Memorabilia being held on Saturday, June 26, 2010, and Sunday June 27 at Planet Hollywood Resort and Casino in Las Vegas. 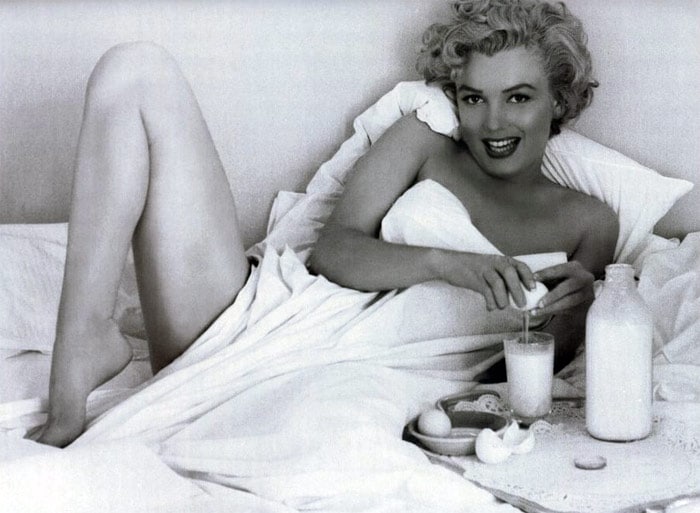 Marilyn Monroe was an uncredited artiste in a number of films before she started getting known. One of her early films, in which she did a small, supporting role was Dangerous Years (1947) in which she played a waitress. 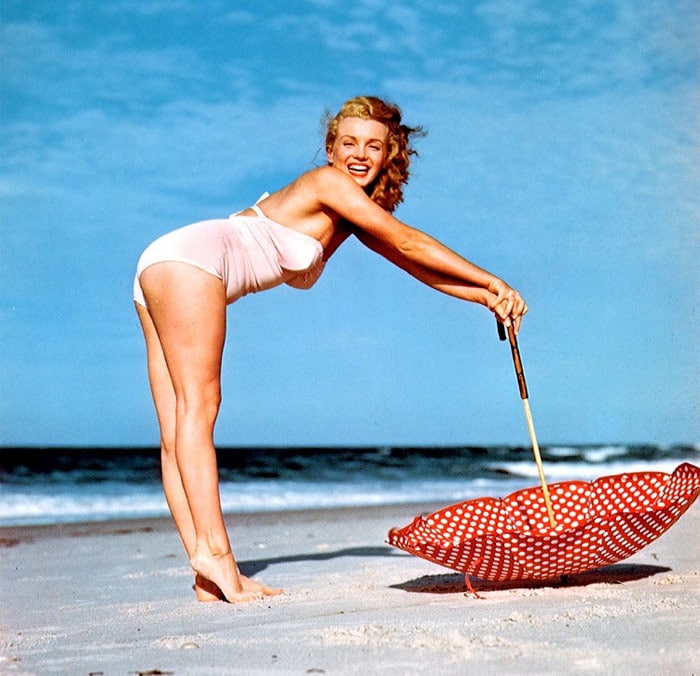 In 1949, Monroe acted in Ladies of the Chorus, where she played a dancer. 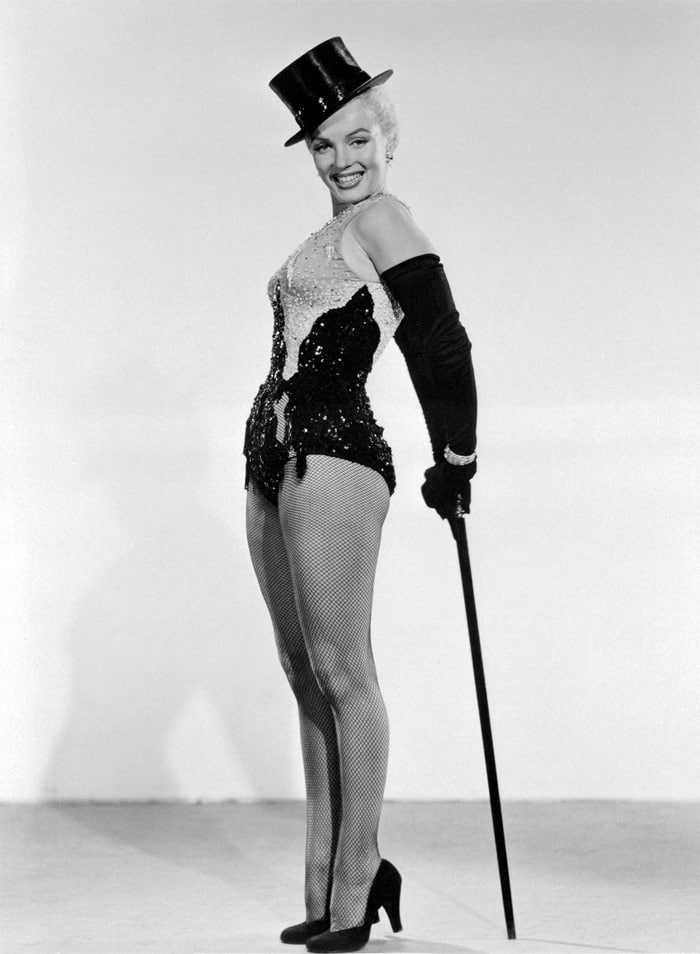 In 1950, Monroe did a short supporting role in the Oscar-winning film All About Eve. Even in 1951, Monroe was still playing stereotypical roles of the seductress (many such roles came her way thanks to her 'dumb blonde' image). She acted in Love Nest as the ex-lover of the central character. In 1952, Monroe played the sexy secretary in Monkey Business. It was becuase she got such a limited range of roles that she started Marilyn Monroe productions later in the 50s. 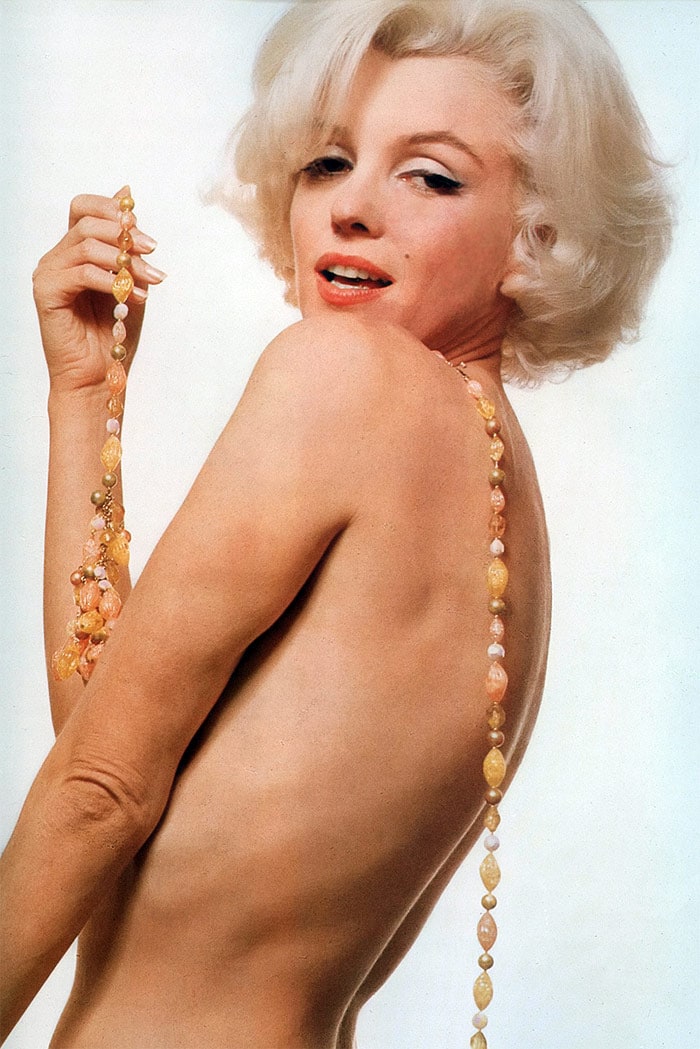 In 1953, Monroe starred in the comedy How To Marry A Millionaire along with Betty Grable and Lauren Bacall. 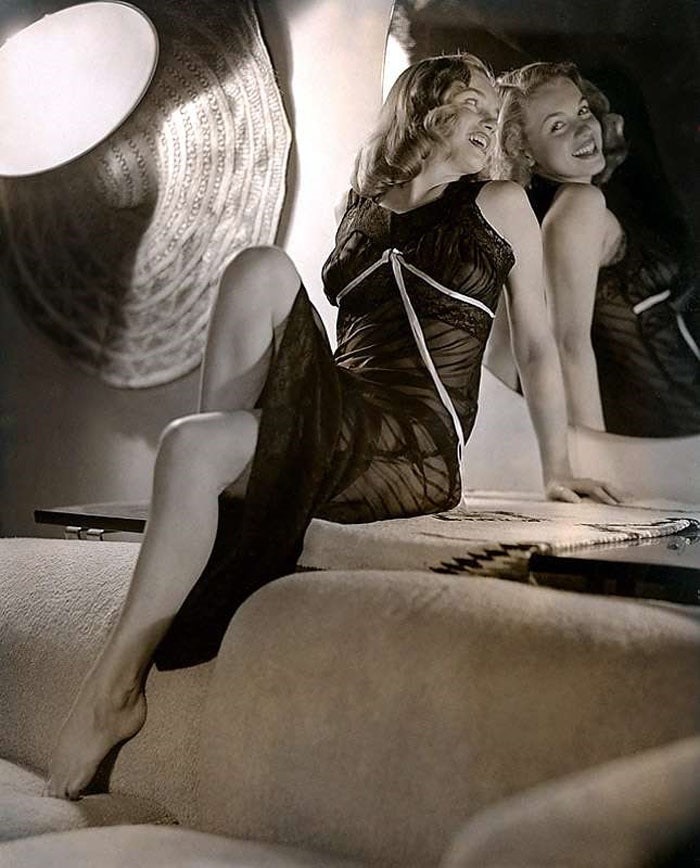 In 1954, Monroe acted in There's No Business Like Show Business. Monroe was getting increasingly frustrated with the low salary she received while all her co-stars got more than three times what she got. 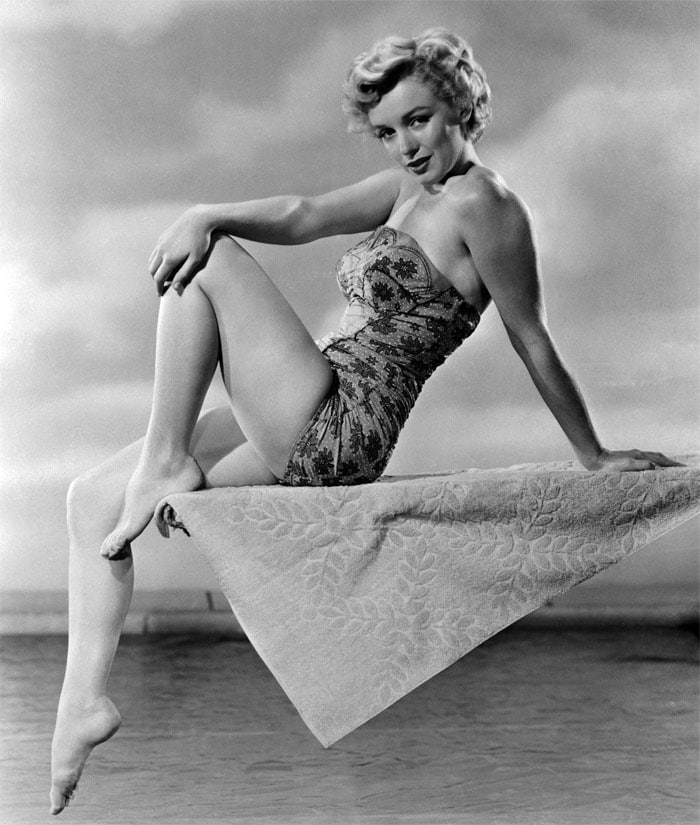 The turning point in Monroe's life came in 1955 with the celebrated film The Seven Year Itch. Not only did the iconic flying skirt make waves across the world, but it also marked the beginning of Marilyn Monroe productions, which managed a seven-year contract with 20th Century Fox. 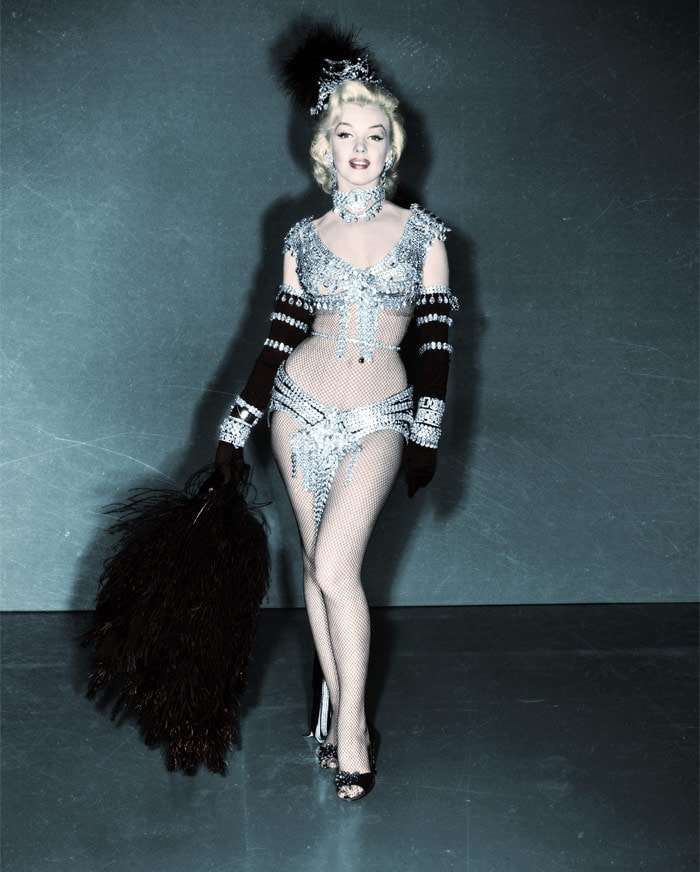 In 1957, Monroe acted opposite the legendary Laurence Olivier in The Prince and the Showgirl. 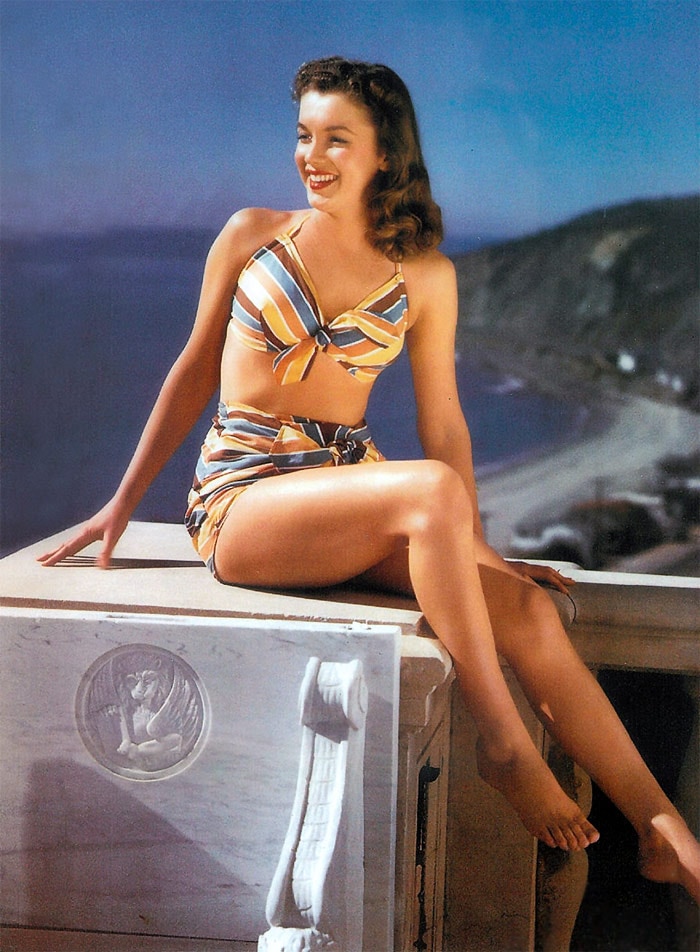 In 1959, Monroe acted in Some Like It Hot along with Tony Curtis and Jack Lemmon. 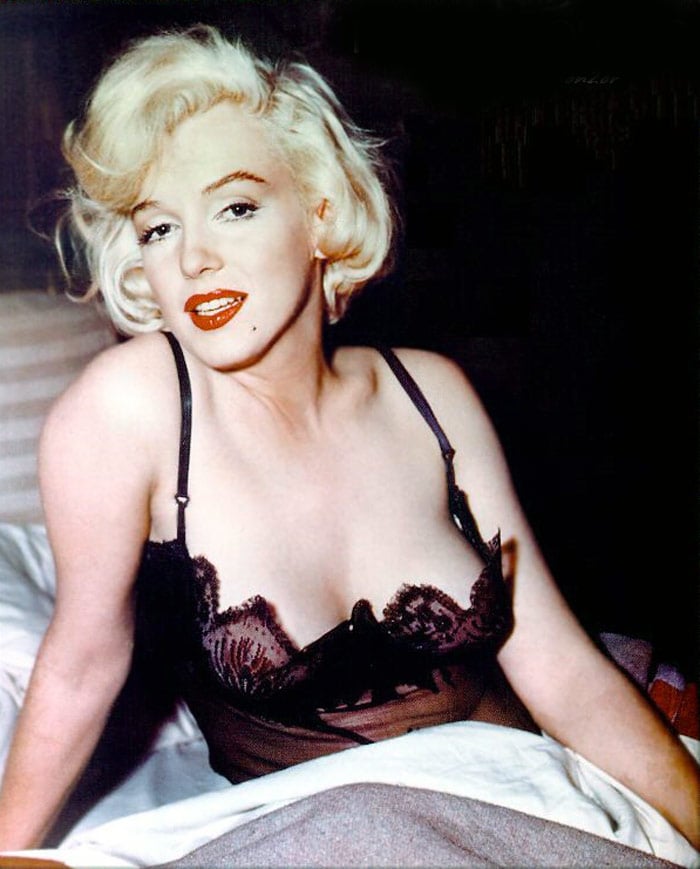 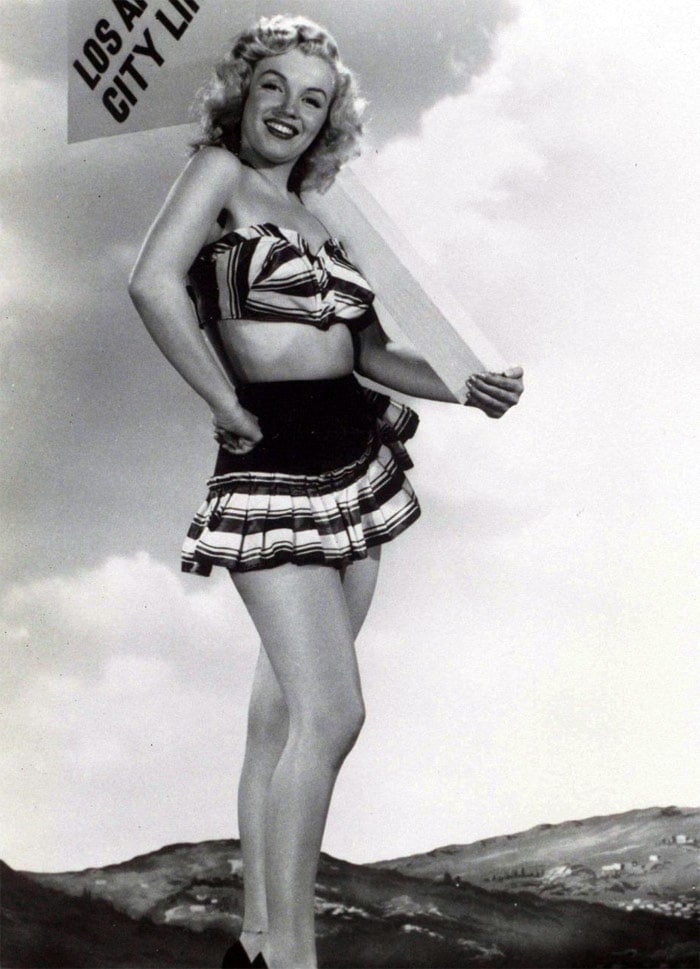 In 1961, Monroe acted in her last complete film The Misfits. Monroe started shooting for Something's Got To Give in 1962. During the filming, differences arose between her and director George Cukor, and she was asked to leave the film. She was eventually called back, and she started filming again, but it was around this time that she died, so the film never finished. 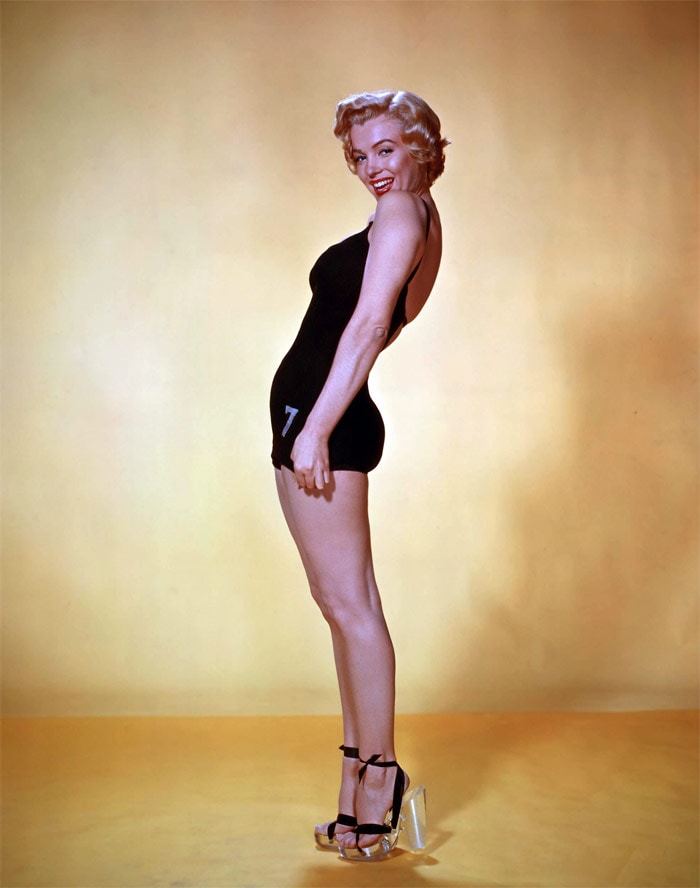 On May 19, 1962, Monroe made her last significant public appearance, singing "Happy Birthday, Mr. President" at a birthday party for President John F. Kennedy at Madison Square Garden. The dress that she wore to the event, specially designed and made for her by Jean Louis, sold at an auction in 1999 for USD $1.26 million. (Text: Wikipedia) 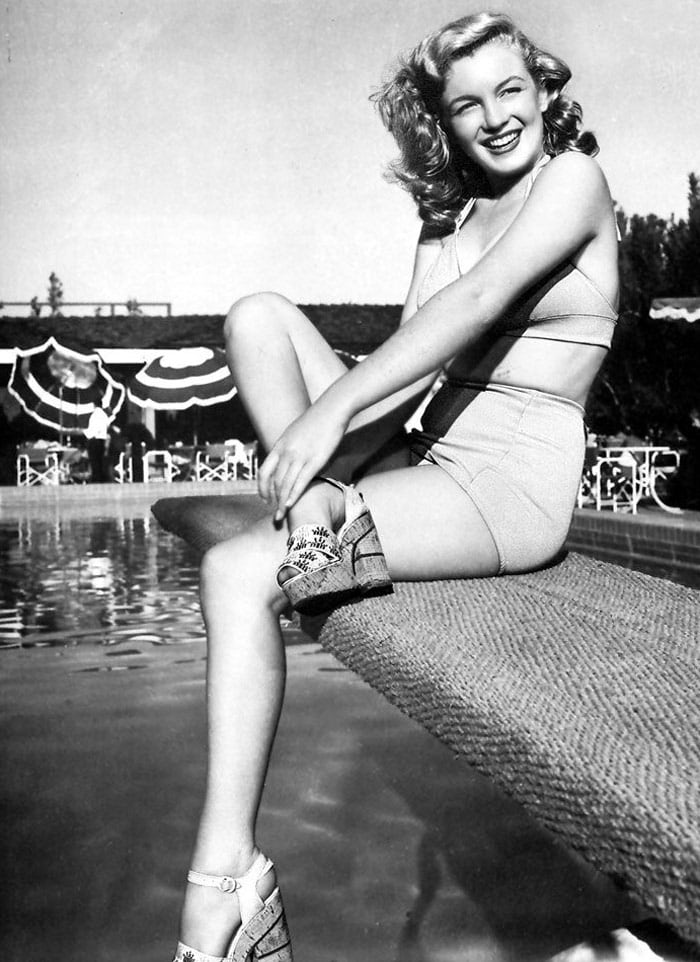 Rumors have existed since the 1960s that Monroe had affairs with Robert Kennedy or John Kennedy, or both. While allegations of an affair with President Kennedy did not make it into the mainstream press until the 1970s, a pamphlet in 1964, published after Monroe's death entitled 'The Strange Death of Marilyn Monroe', by investigator Frank Cappell, alleged a relationship between Monroe and Bobby Kennedy. JFK's reputed mistress Judith Exner, in her 1977 autobiography, also wrote about an affair that she says the president and Monroe had. (Text: Wikipedia) 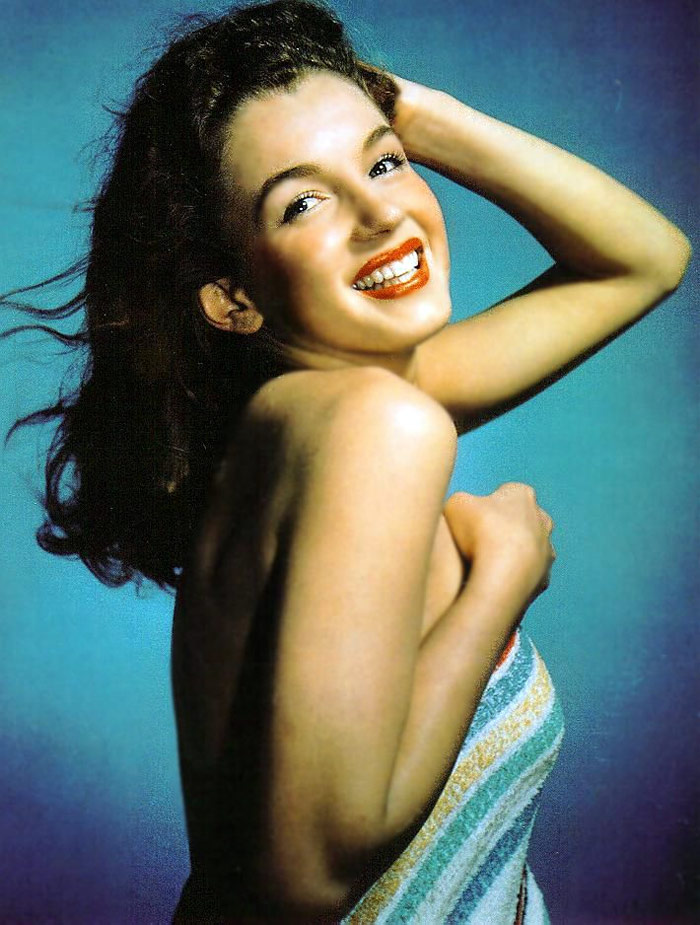 On August 5, 1962, LAPD police sergeant Jack Clemmons received a call at 4:25 a.m. from Dr. Ralph Greenson, Monroe's psychiatrist, proclaiming that Monroe was found dead at her home in Brentwood, Los Angeles, California. She was 36 years old. At the subsequent autopsy, eight milligram percent of Chloral Hydrate and 4.5 milligram percent of Nembutal were found in her system,[120] and Dr. Thomas Noguchi of the Los Angeles County Coroners office recorded cause of death as "acute barbiturate poisoning," resulting from a "probable suicide". (Text: Wikipedia)