Madhubala, The Actress Who Ruled the Bollywood Mahal

In the short time that she ruled the silver screen in India, Madhubala achieved the kind of iconic status that many actors can only dream of. 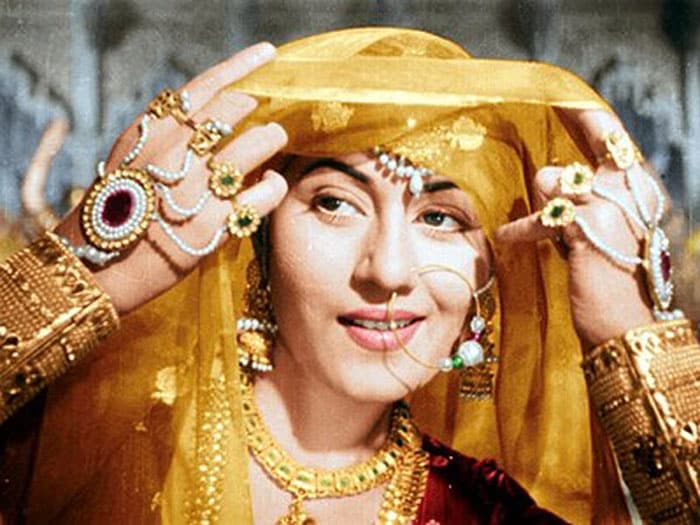 In the short time that she ruled the silver screen in India, Madhubala achieved the kind of iconic status that many actors can only dream of. Often compared to another ethereal beauty, Marilyn Monroe, who also died young, hers was a life full of great professional highs but also many personal lows. The magic of Madhubala continues to enthral cinema lovers all over the world. She would have been 83 today. On her birth anniversary, here's a pictorial journey of Madhubala's life and times. 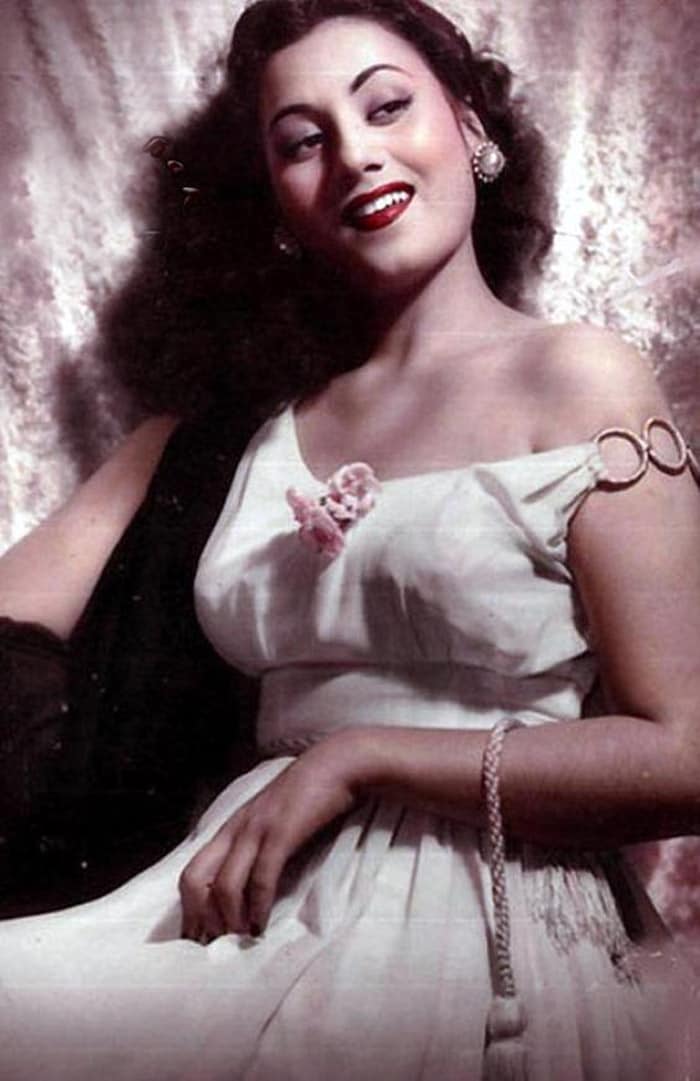 Mumtaz Begum Jehan Dehlavi, later known as Madhubala, was born in New Delhi, on February 14, 1933. She was the fifth of 11 children in a conservative Pathan family. 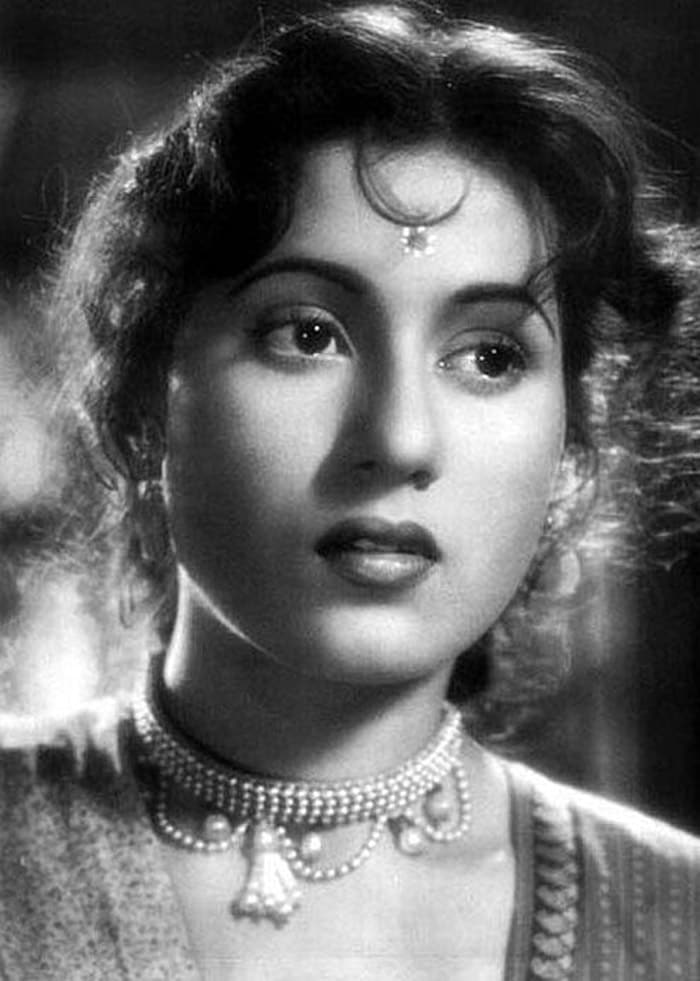 Madhubala had a tough childhood. Her family relocated to Mumbai after her father, Ataullah Khan, lost his job in Peshawar. Madhubala began acting in films at the tender age of nine to make ends meet. 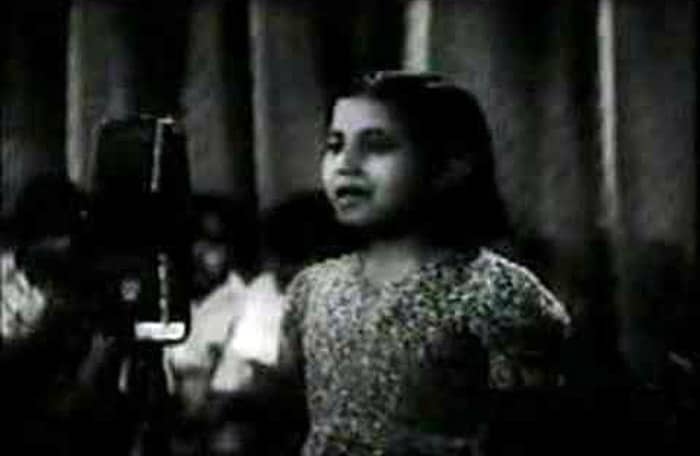 Young Mumtaz, as she was known then, made her film debut with Basant in 1942. The film was a box office success. She acted successfully in several films and gained popularity as a child artist. 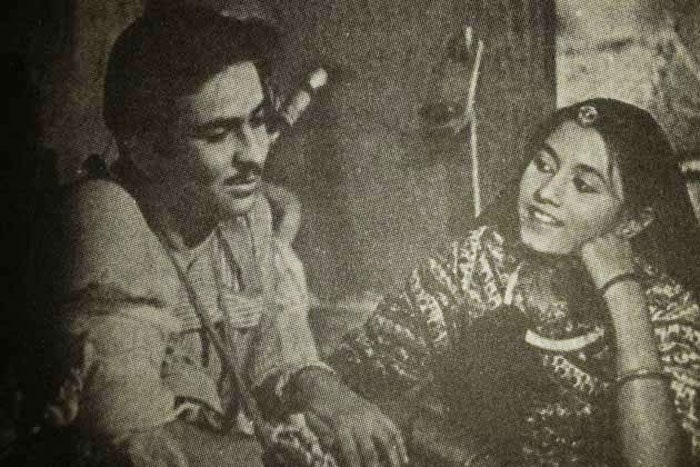 The turning point came when she played a role opposite Raj Kapoor in Neel Kamal (1947). Though the film was not commercially successful, she was noticed for her performance. It was after this film that Mumtaz changed her name to Madhubala. 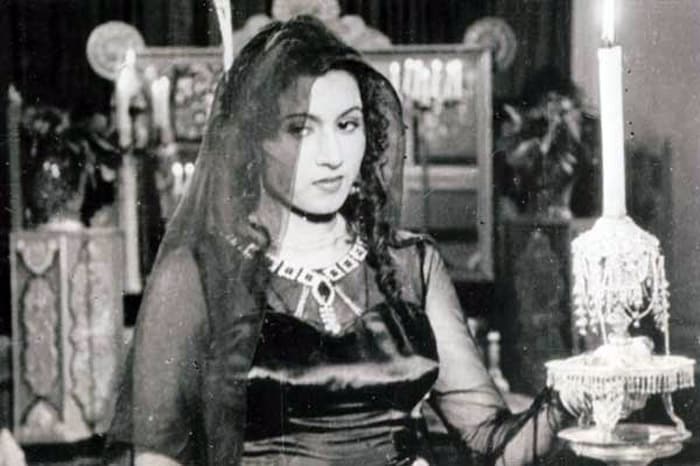 It was the movie Mahal (1949) which made Madhubala a household name. The song Aayega Aanewala made both Madhubala and Lata Mangeshkar superstars. 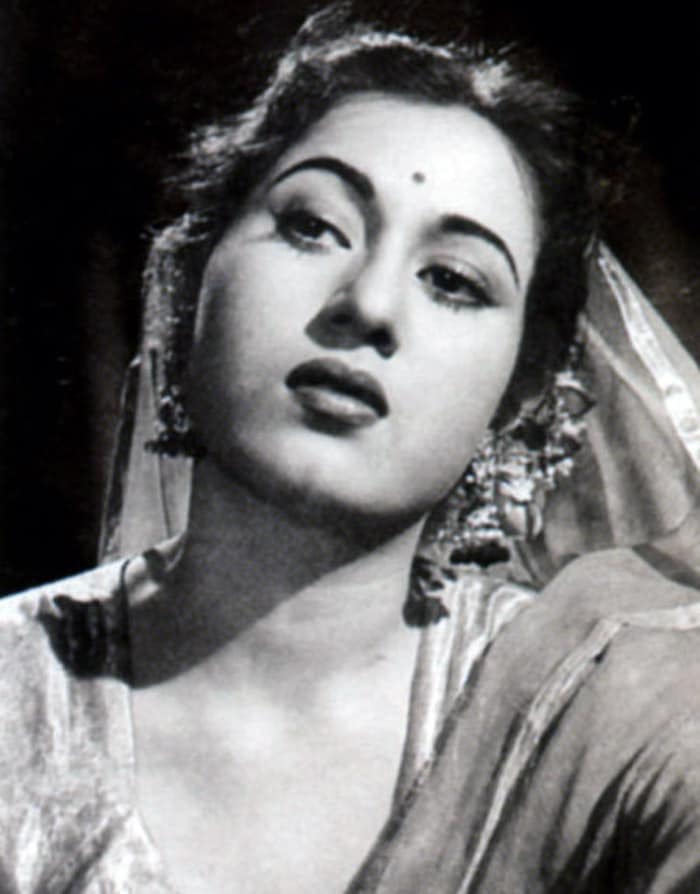 Madhubala worked in as many as 24 films in the first four years of her career and co-starred with all the popular heroes of that time including Ashok Kumar, Raj Kapoor, Rehman, Pradeep Kumar, Shammi Kapoor, Dilip Kumar, Sunil Dutt and Dev Anand. She also worked with many top directors including Mehboob Khan (Amar), Guru Dutt (Mr & Mrs '55), Kamal Amrohi (Mahal) and K Asif (Mughal-e-Azam). She also ventured into production and made the film Naata (1955). 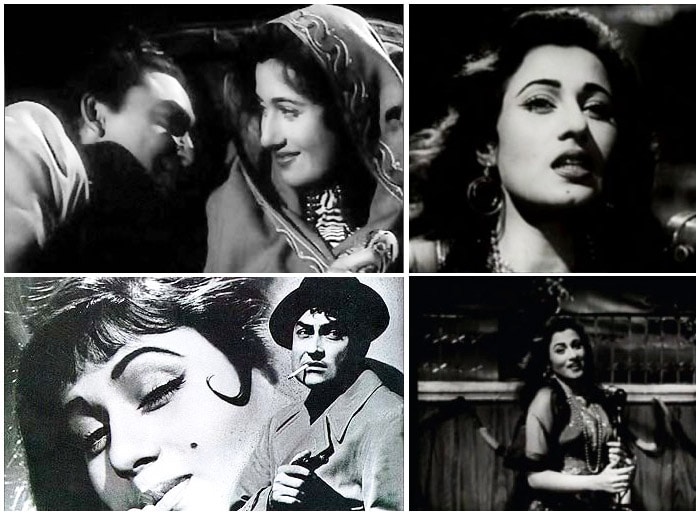 In the 50s, Madhubala acted in many successful movies. Her biggest hits were Howrah Bridge, Phagun and Chalti Ka Naam Gadi - all in 1958. 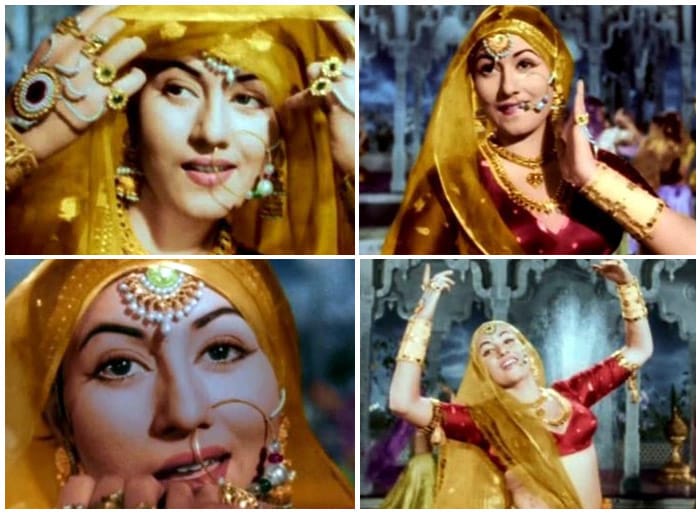 It was with the magnum opus Mughal-e-Azam (1960), in which she played the beautiful courtesan Anarkali, that Madhubala attained cult status. Barsaat Ki Raat, which released the same year, consolidated her position as a superstar. However her failing health did not allow her to enjoy her success. 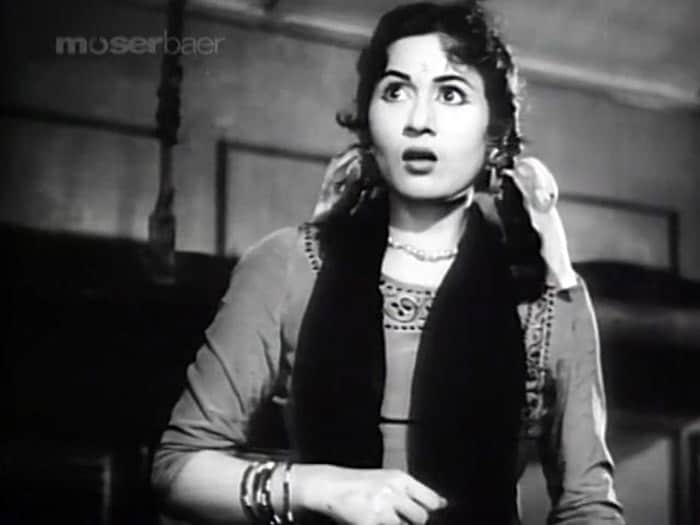 Madhubala acted sporadically in a few movies through the 60s. Some of these, like Jhumroo (1961), Half Ticket (1962) and Sharabi (1964) did above average business at the box office. The others could not be completed due to her failing health. 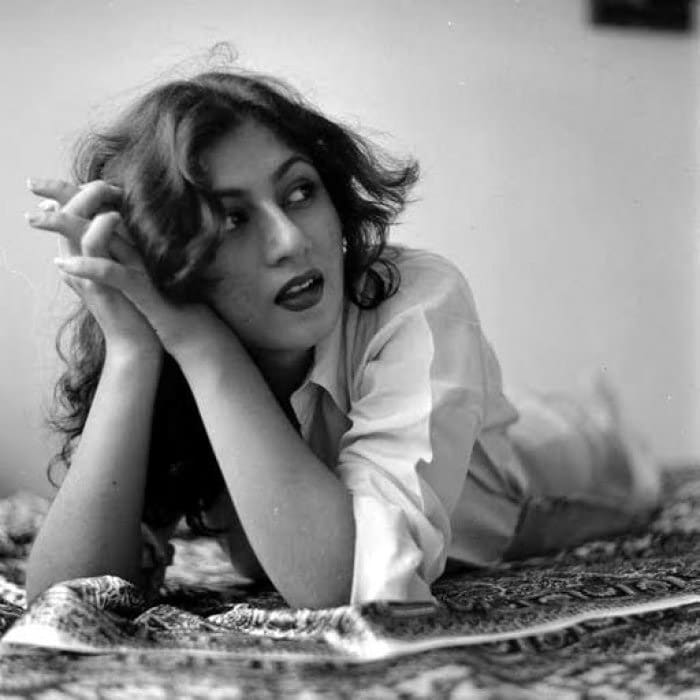 Madhubala also attracted interest from Hollywood. She appeared in many American magazines such as Theatre Arts. In their August 1952 issue, Madhubala was featured in an extensive article with a full page photo. The piece was entitled: The Biggest Star in the World (And She's Not in Beverly Hills). 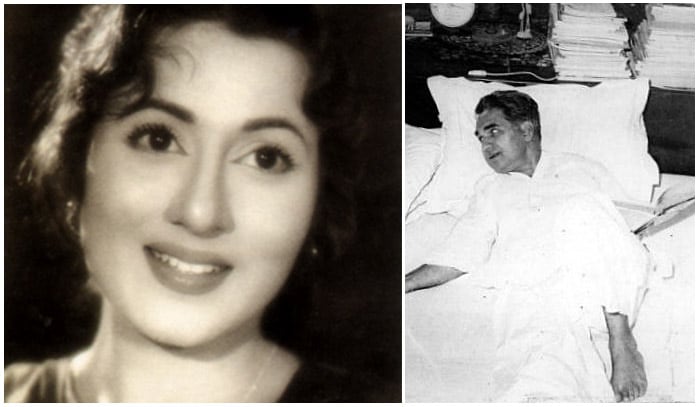 Ironically, the woman who was born on Valentine's Day and became India's sweetheart struggled to find true love all through her life. Director Kidar Sharma was among the first in Bollywood to woo her. But though she respected him as a filmmaker, young Madhubala never reciprocated Mr Sharma's ardour. She then reportedly had an affair with her Mahal director Kamal Amrohi, but broke up with him since he was already married and refused to divorce his wife. 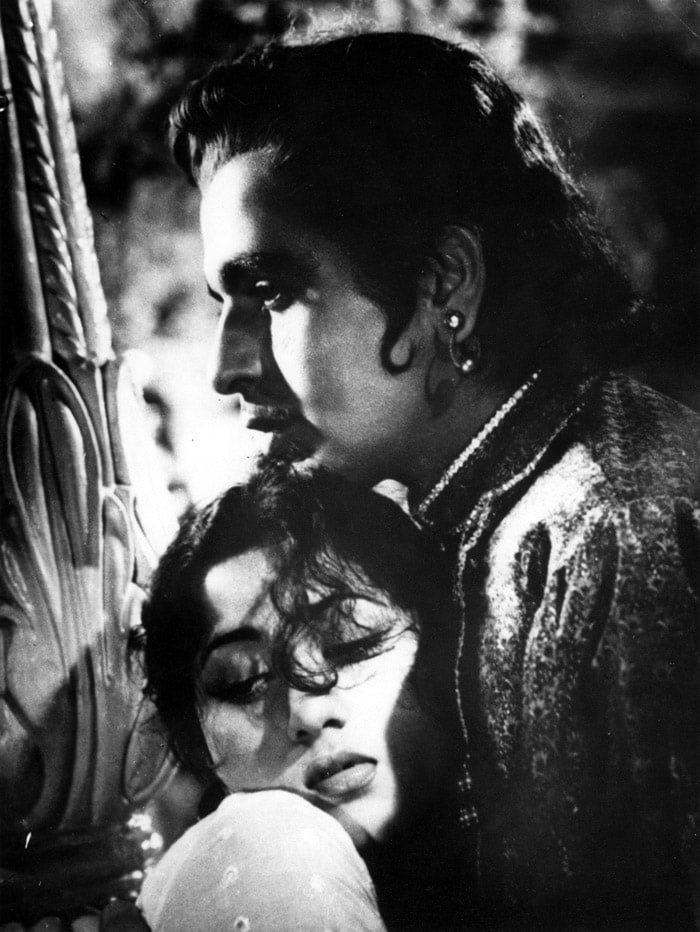 Dilip Kumar and Madhubala's fabled romance reportedly began during the filming of Tarana in 1951. Madhubala apparently sent her hairdresser to Dilip saab with a red rose and a note written in Urdu asking him to accept it if he loved her, which he did. Their clandestine affair continued through the Fifties.

The romance was nipped in the bud by Madhubala's disapproving father Ataullah Khan who refused to let his daughter go to Bhopal to shoot for B R Chopra's Naya Daur (1956) opposite Dilip Kumar. B R Chopra sued Madhubala and replaced her with Vyjayanthimala. Madhubala, very much under the thumb of her autocratic father, appeared in court against Dilip Kumar and B R Chopra on the other side. And that was the end of that. He went on to marry actress Saira Banu, she, actor-singer Kishore Kumar. 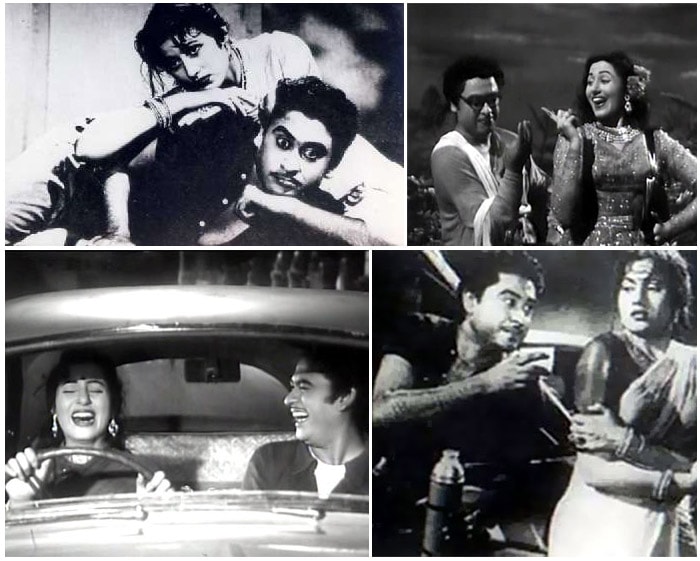 She met her husband, actor and playback singer, Kishore Kumar during the filming of Chalti Ka Naam Gaadi (1958) and Jhumroo (1961). At the time, he was married to the Bengali singer and actress Ruma Guha Thakurta and an increasingly frail Madhubala was hoping to be treated abroad for the hole in her heart. In the face of vehement opposition from his parents, Kishore Kumar divorced his wife, converted to Islam and married Madhubala in 1960. However, Kishore Kumar's family refused to accept her and within a month of her wedding, Madhubala moved back to her own home because of tension in the Kumar household. They remained married but under great strain for the rest of Madhubala's life. 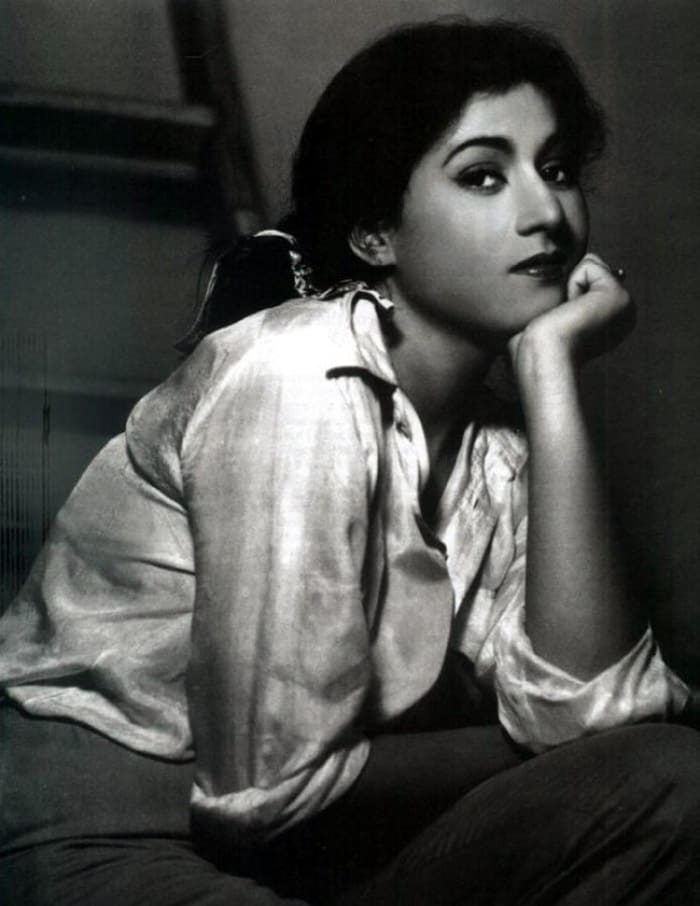 Madhubala was born with a cardiac defect commonly known as a "hole in the heart." Her illness was kept a secret from the industry for many years and was first discovered when she coughed up blood on the sets of a film in 1950. In 1960, she sought treatment in London as her condition deteriorated. Madhubala finally succumbed to her illness and died on February 23, 1969, shortly after her 36th birthday.