L'Wren Scott's fashion, as worn by her famous fans

Fashion designer and Rolling Stones star Mick Jagger's girlfriend L'Wren Scott was at the height of her career before she was found dead at the age of 49 in her New York apartment on Monday, March 17 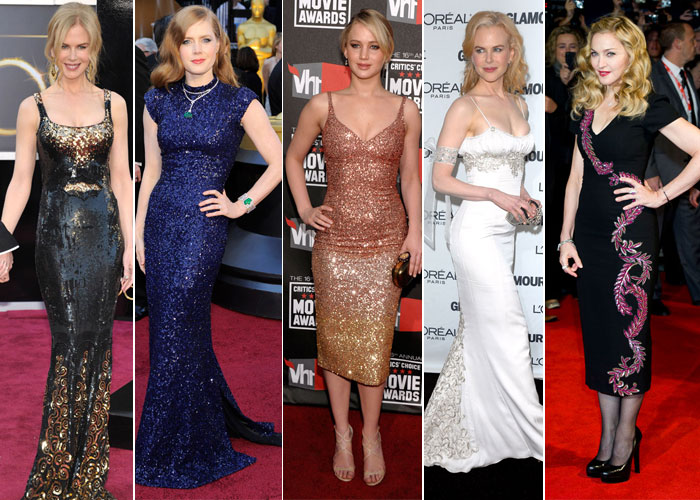 Fashion designer and Rolling Stones star Mick Jagger's girlfriend L'Wren Scott was at the height of her career before she was found dead at the age of 49 in her New York apartment on Monday, March 17.

She was the favourite designer for many A-list stars including Nicole Kidman, who was also a close friend, Jennifer Lawrence, Madonna and Naomi Campbell. Here are some of her best creations, worn by her celebrity fans. Nicole Kidman, who regularly wore her friend's signature bodycon designs, was a vision in a white figure-hugging gown at the 2008 Glamour Women of the Year Awards. Jennifer Lawrence sparkled in this ombre sequin dress at the Critics' Choice Movie Awards in January 2011. Naomi Campbell stole the show in this grey feathery dress at the amfAR benefit held during the Cannes Film Festival in May 2010. 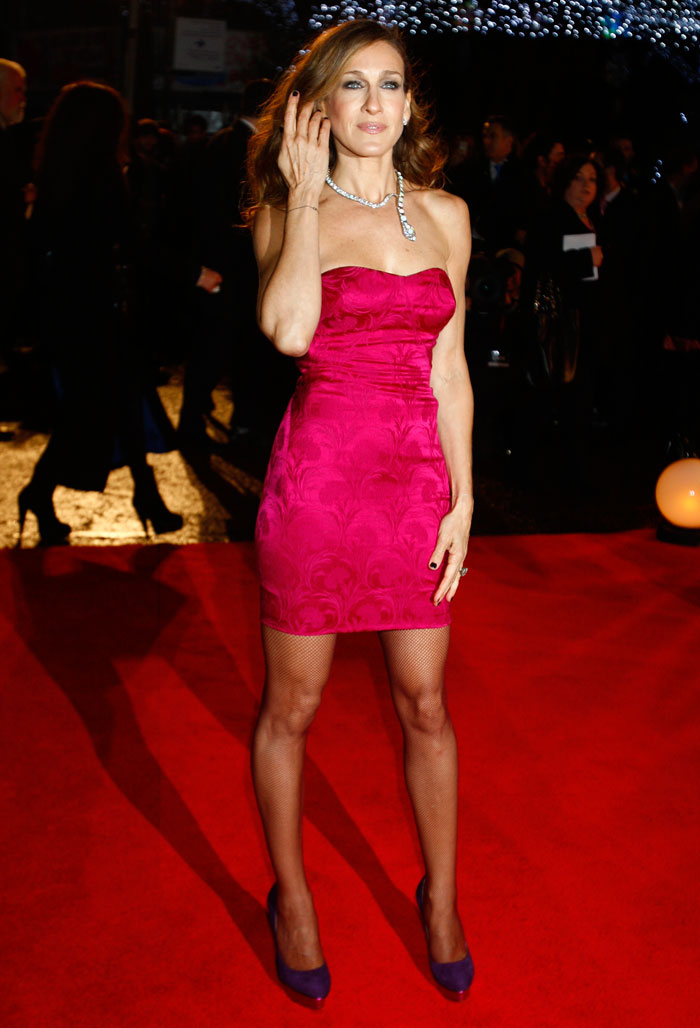 Sarah Jessica Parker was fabulous in this fuchsia cocktail dress which she wore to the London premiere of Did You Hear About The Morgans in December 2009. 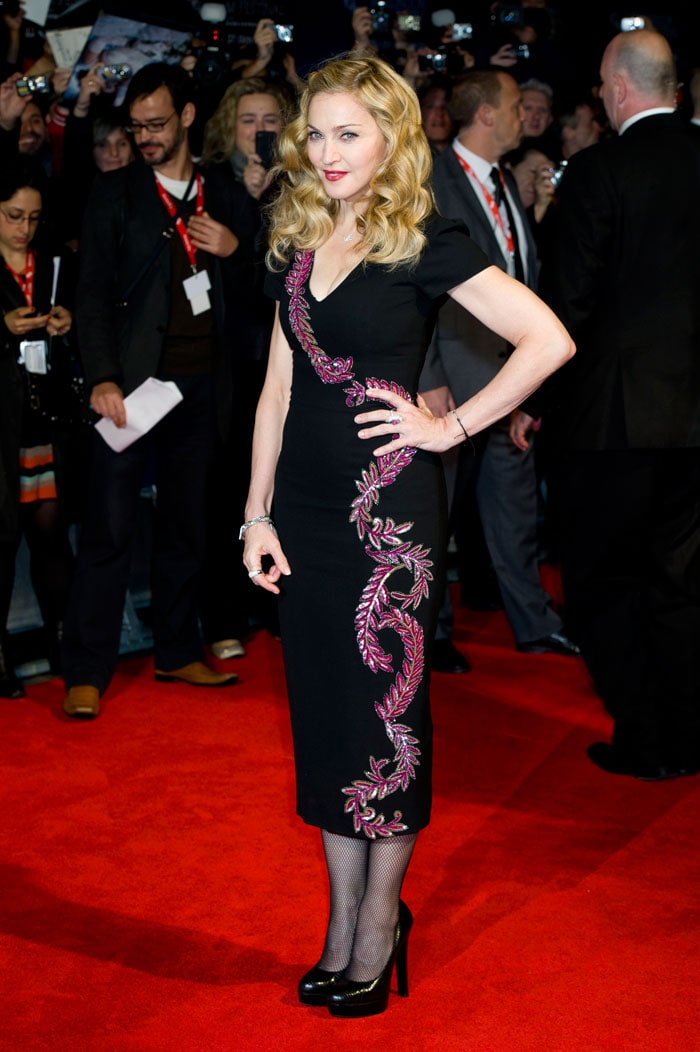 Madonna was beautiful in a form-fitting black dress embroidered with pink feathers at the screening of her film W.E at the London Film Festival in October 2011. 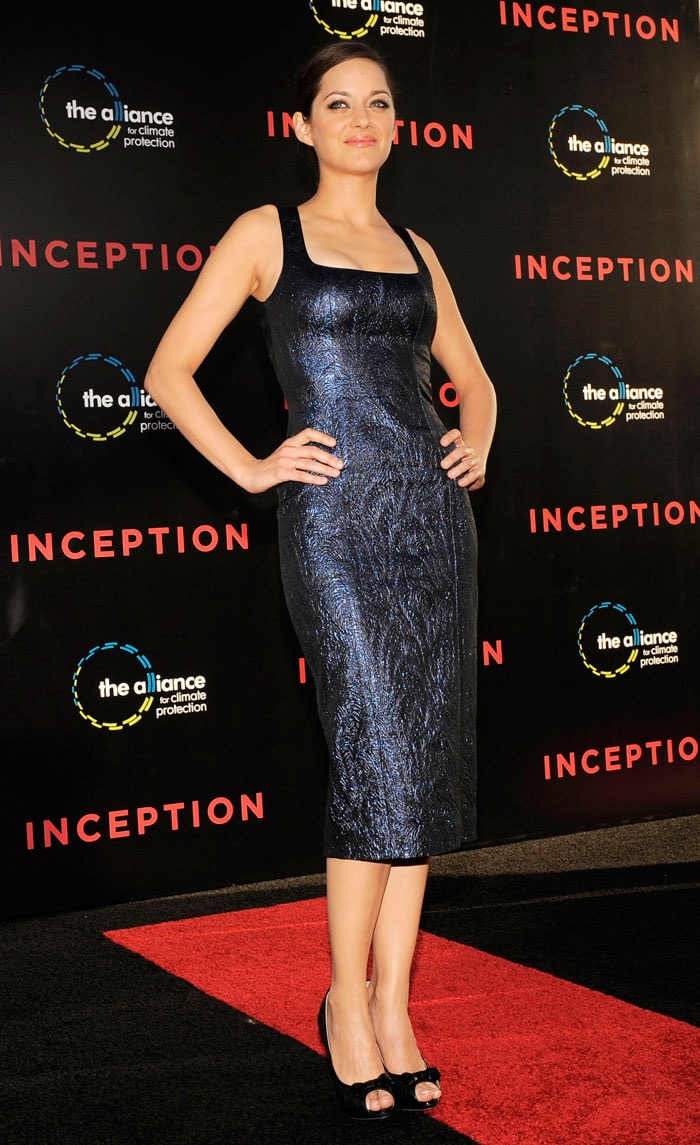 Marion Cotillard was radiant in a glittering navy knee-length dress the Los Angeles premiere of Inception in July, 2010. 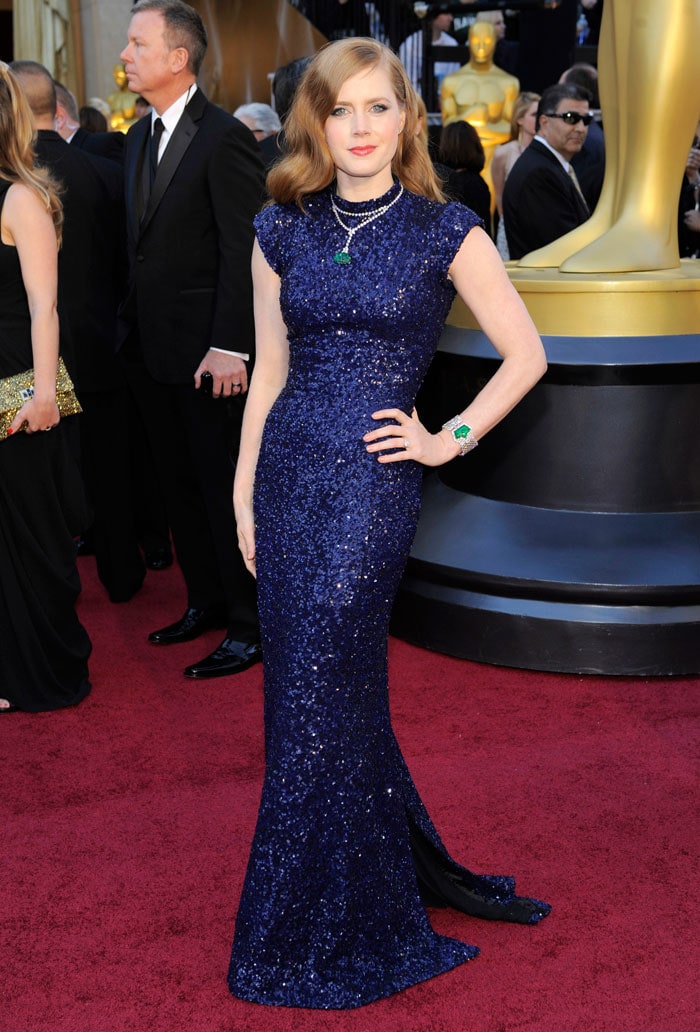 This midnight blue sequined dress put Amy Adams on the best dressed list at the Oscars 2011 . 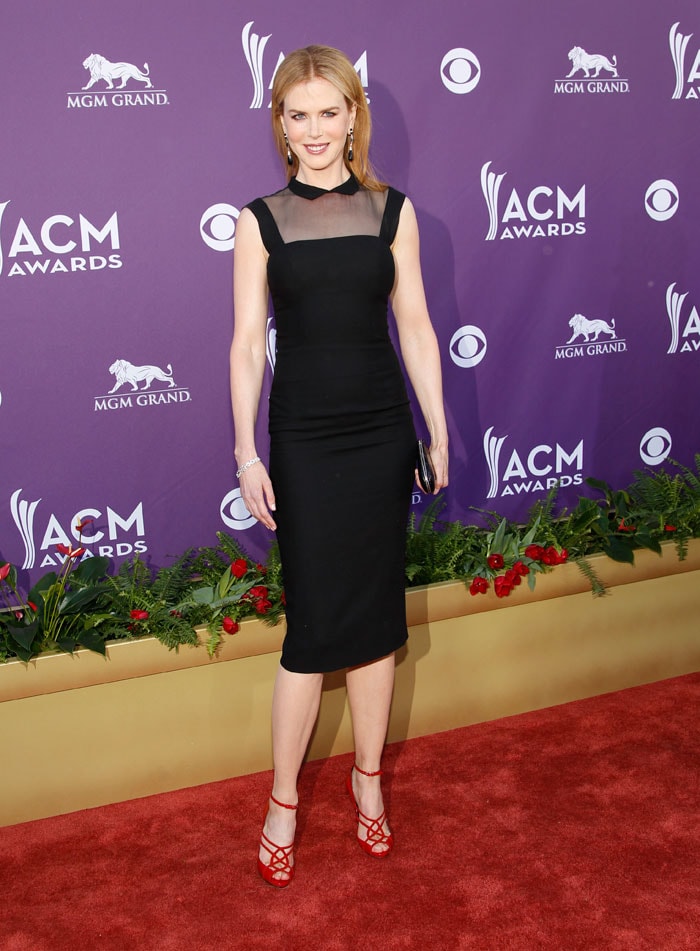 Nicole Kidman wore this black dress with a Peter Pan collar and sheer panel at the Country Music Awards in April 2012. 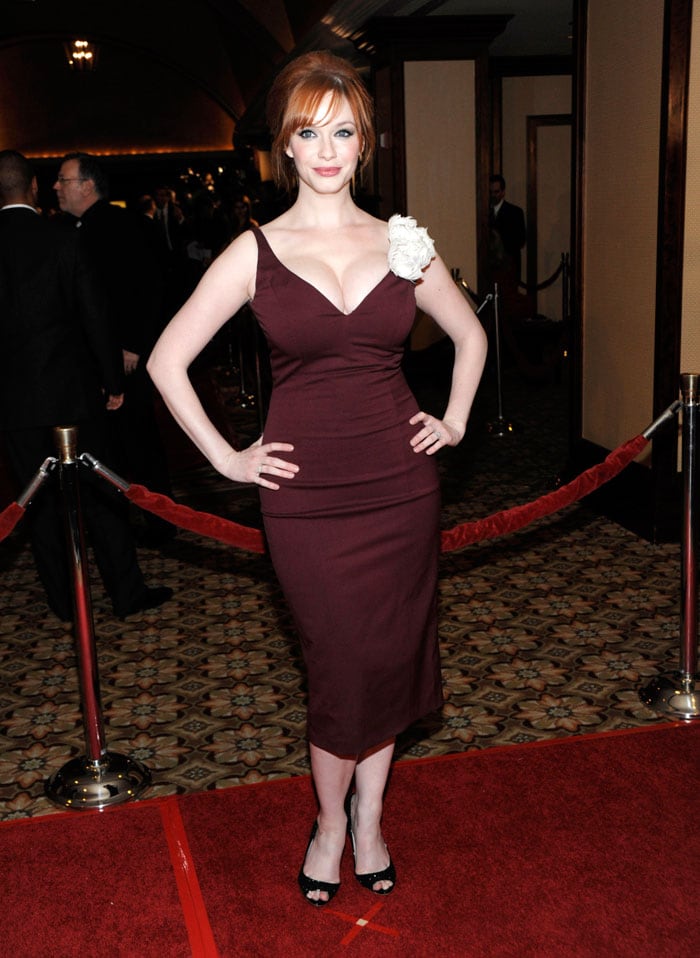 Christina Hendricks showed off her voluptuous figure in a curve-hugging wine dress at the Directors Guild of America Awards in Los Angeles in January, 2010. 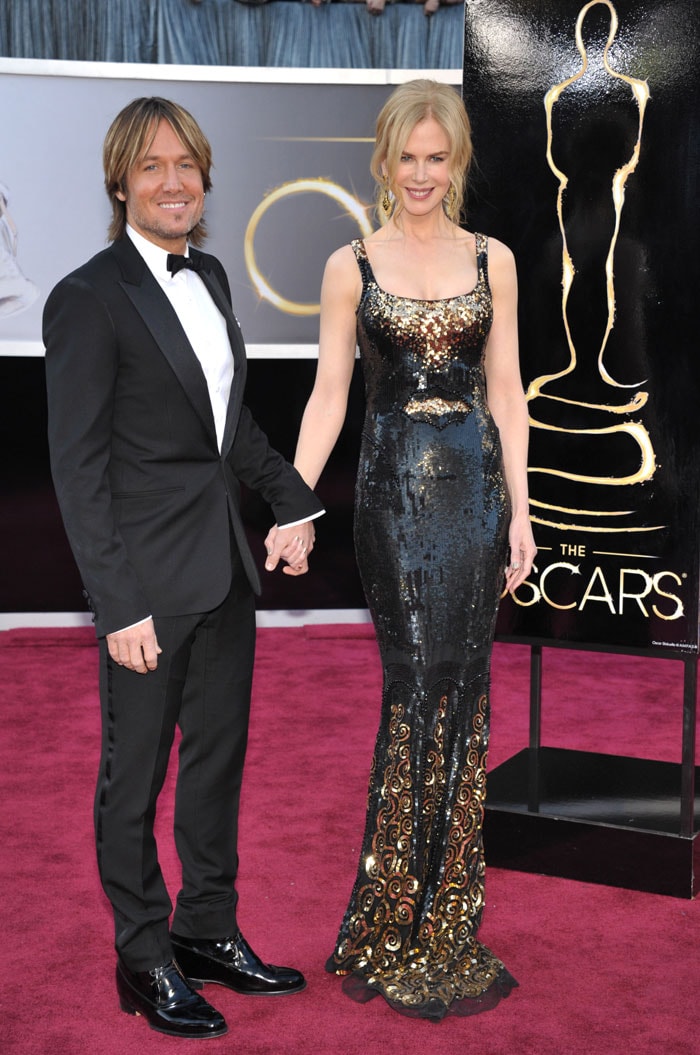 Nicole Kidman sparkled in a dramatic gold and black dress as she walked down the Oscar 2013 red carpet with husband Keith Urban. 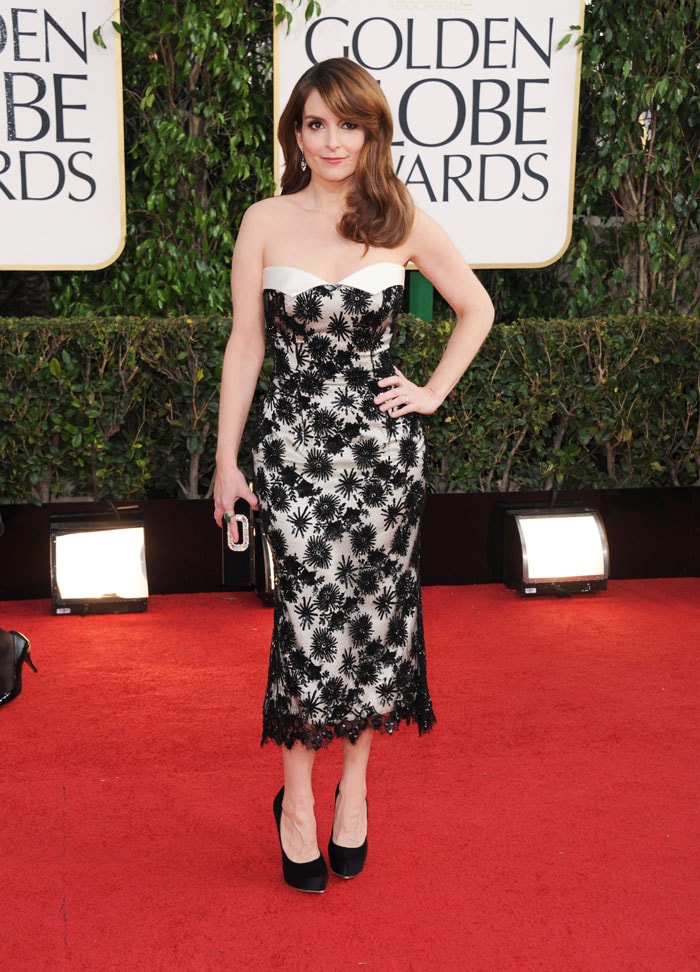 Tina Fey looked stylish in this custom-made dress at the Golden Globe Awards in January 2013. 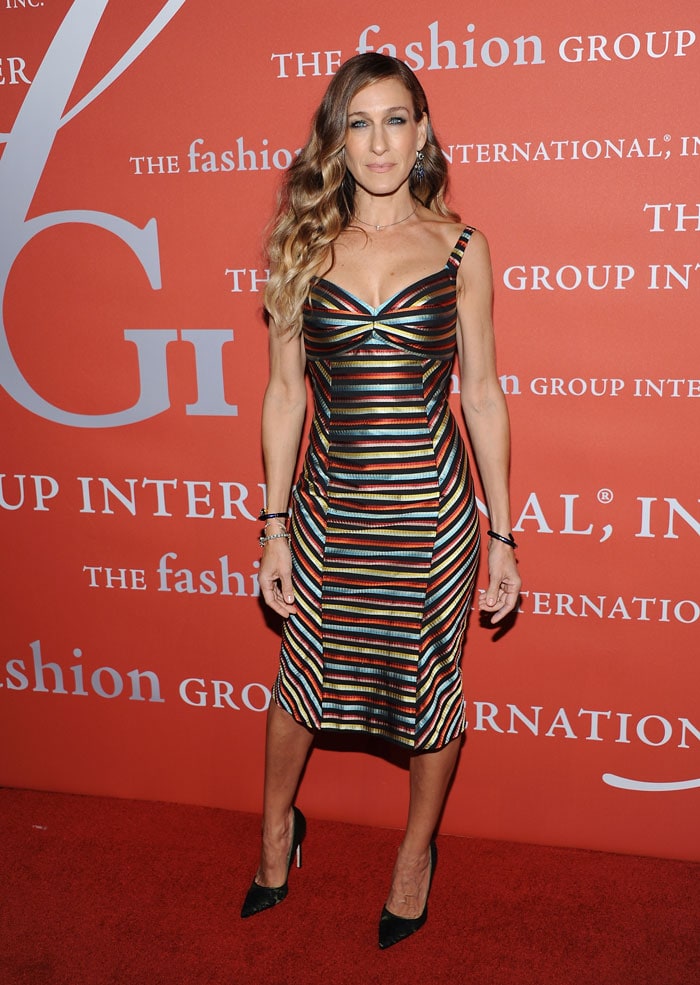 Sarah Jessica Parker notched up another style win in this striped dress at the "Night Of Stars" in October 2012. 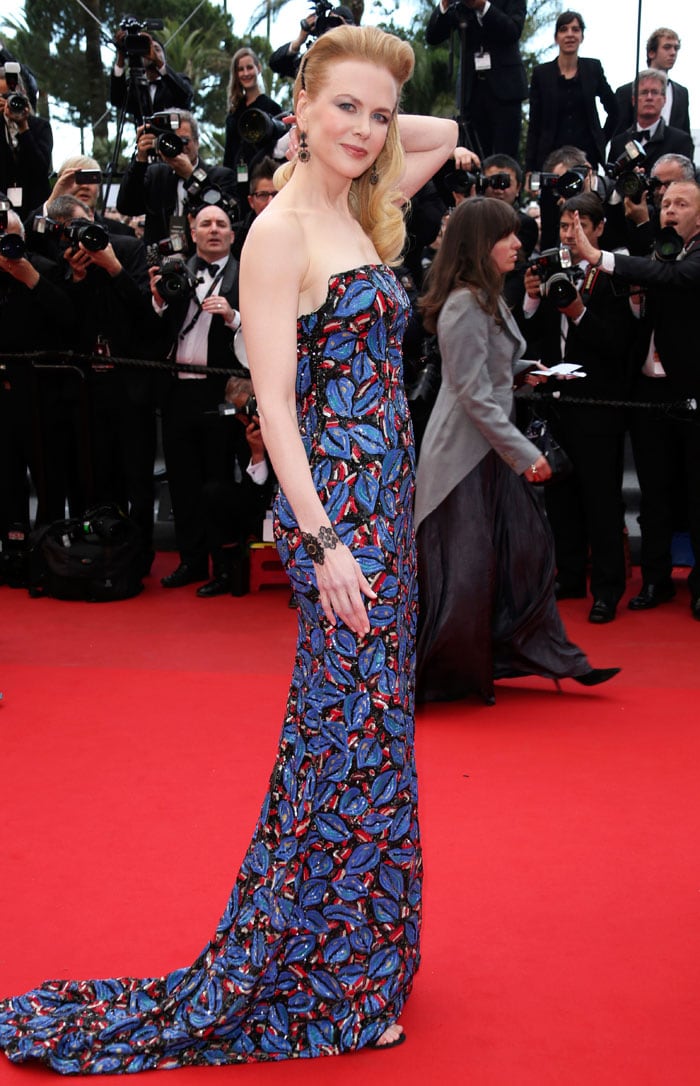 Nicole Kidman chose this leaf-print dress for the screening of the film Inside Llewyn Davis at the Cannes Film Festival in 2013.