There's no slowing down for Harrison Ford - who turned 70 today. The actor is all set to start shooting for his forthcoming film, Paranoia in Philadelphia. He will also share screenspace with Gary Oldman, The Hunger Games star Liam Hemsworth and actress Amber Heard. 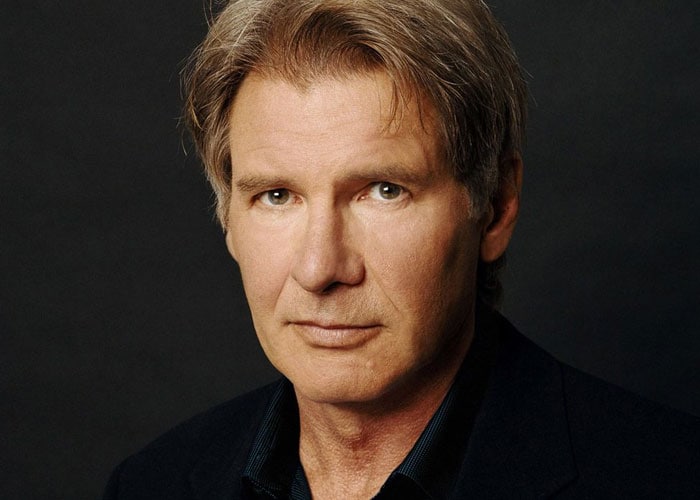 There's no slowing down Harrison Ford - who turned 70 today. The actor is all set to start shooting for his forthcoming film, Paranoia in Philadelphia. He will also share screen-space with Gary Oldman, The Hunger Games star Liam Hemsworth and actress Amber Heard. 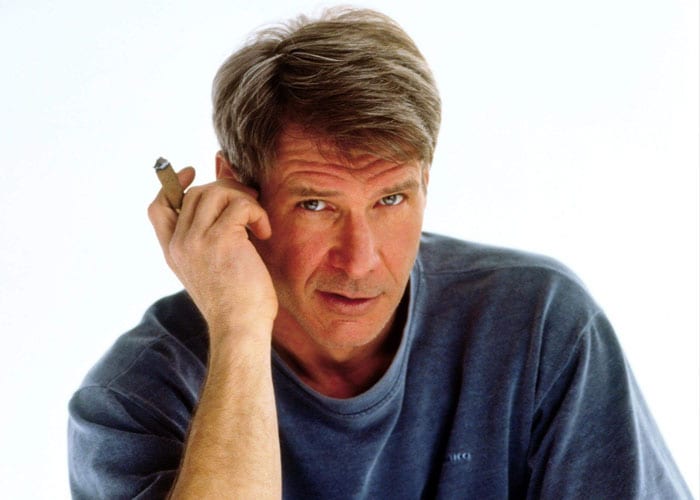 That's not all, he also has an Indiana Jones movie in the pipeline. 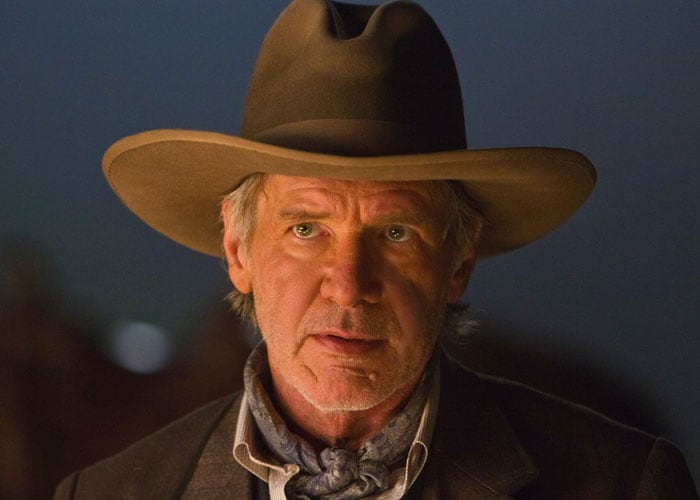 The veteran actor was last seen in the 2011 sci-fi thriller Cowboys and Aliens, and the comedy Morning Glory. 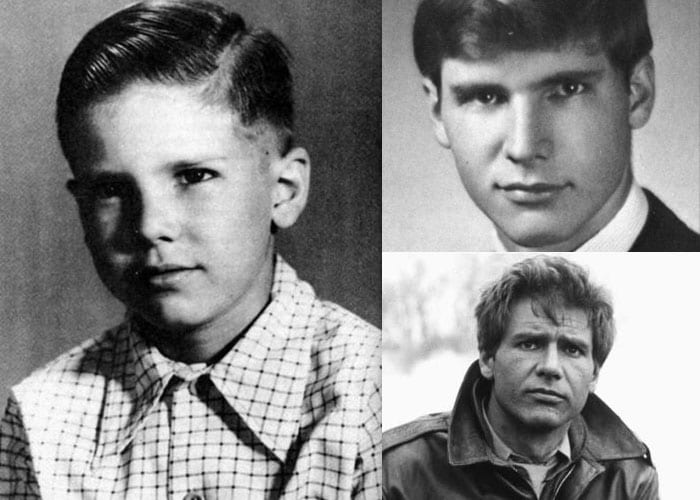 Born on July 13, 1942 in Chicago, Mr Ford's father was an advertising executive and his mother was a homemaker. He also has a younger brother Terence Ford.

Young Harrison was a Life Scout, which is the second highest rank in Boy Scouts of America. Reportedly, this had inspired director Steven Spielberg to depict young Indiana Jones as a Life Scout in the famous adventure series of the same name. 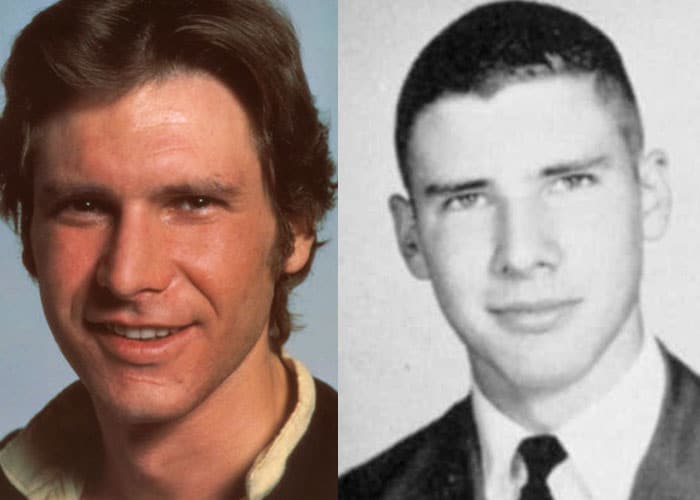 Mr Ford was the first student voice broadcast on his high school's radio station and later became a sportscaster for the channel. He later attended the Ripon College in Wisconsin and joined theatre classes. He was expelled from the school three days before graduation because he did not complete his required thesis. 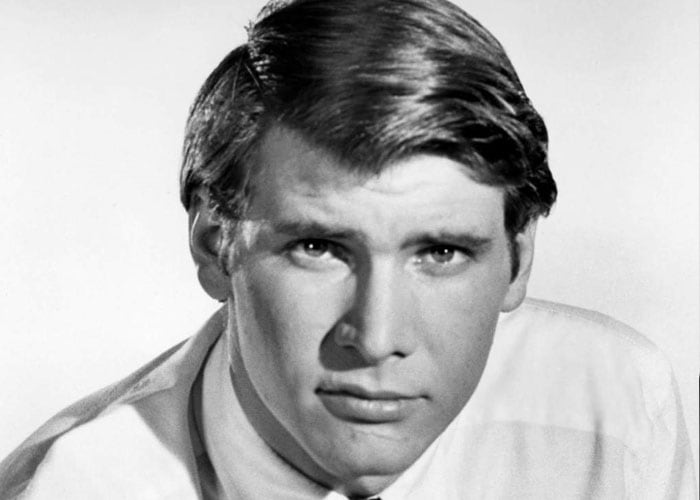 In the mid-1960s, Harrison Ford and his first wife, Mary Marquardt moved to Hollywood, where he signed a contract with Columbia and later with Universal and played small roles in films. 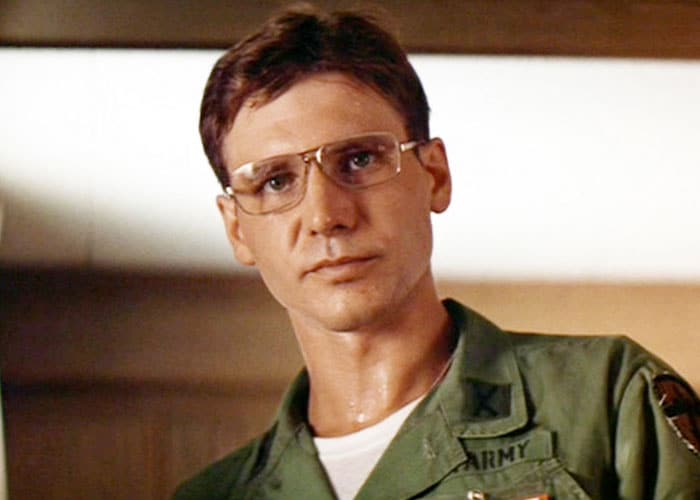 The Indiana Jones star served a long apprenticeship in film and television and also worked as a carpenter, until he landed a role in George Lucas' American Graffiti in 1973. The film was a hit and greatly increased his popularity. He was also seen in a small role in Francis Ford Coppola's movie, Apocalyse Now (1979). 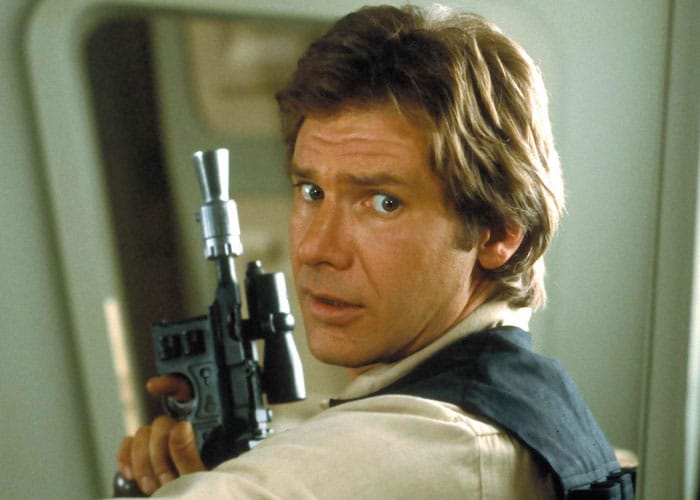 In 1977, George Lucas again cast him in the megahit movie Star Wars as the space pilot Han Solo, which became a breakthrough role in Mr Ford's career. The actor later was also seen its two sequels, The Empire Strikes Back (1980) and Return of the Jedi (1983). 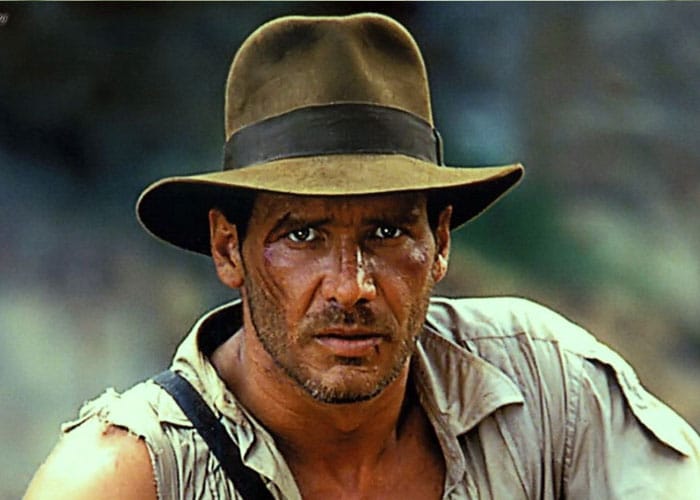 It was in 1981, that Harrison Ford portrayed the character which became synonymous to his name. The actor played the archaeologist adventurer Indiana Jones in a series of films beginning with Raiders of the Lost Ark. 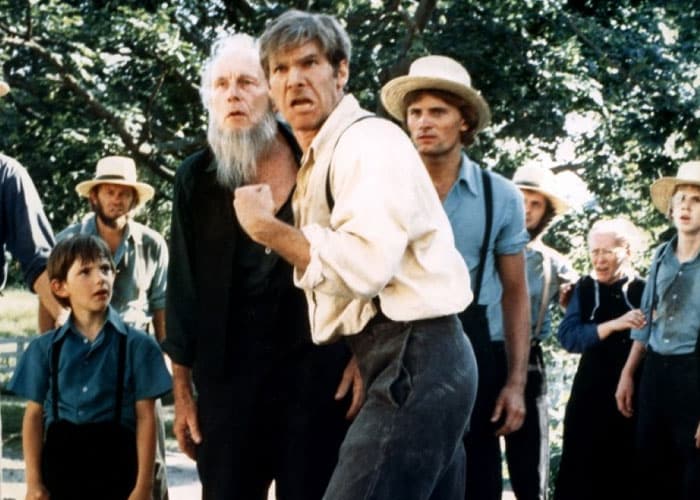 There was no looking back for the star as he went on to do several films like Witness (1984) for which he received a Best Actor oscar nomination, The Mosquito Coast. Mr Ford collaborated with acclaimed directors, Roman Polanski and Mike Nichols for the movies Frantic and Working Girl respectively. The actor surprised the audience and the critics with his comic talent in Working Girl. 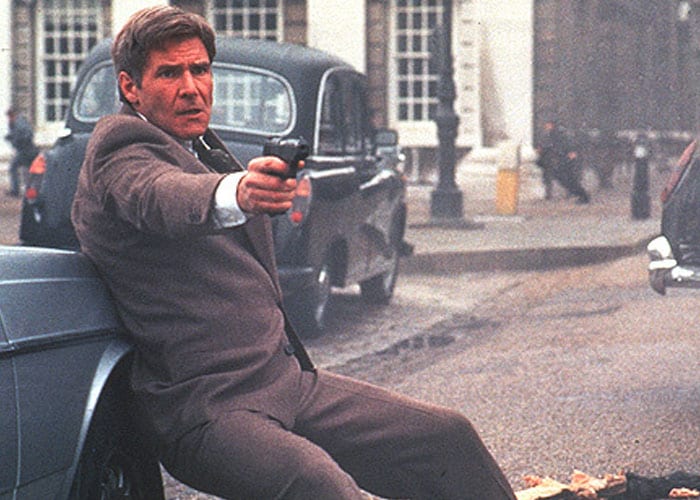 In 1992, the actor signed a 50 million dollar contract to play CIA agent Jack Ryan in a series of five movie based upon the novels of Tom Clancy. The first two films of the series, Patriot Games (1992) and Clear and Present Danger (1994), met with an overwhelming success, but the last three films could not make a mark at the box-office. The franchise was followed by Air Force One which saw the then 55-year-old actor as a butt-kicking action hero. 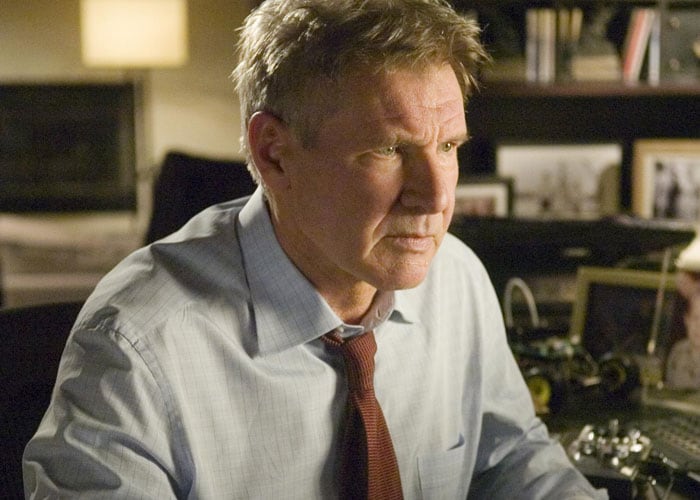 Harrison Ford did not witness much success in the beginning of 2000 having starred in Hollywood Homicide (2003) and Firewall (2006). In 2004, he declined a role in the thriller Syriana, for which actor George Clooney won an Oscar and a Golden Globe. In 2008, the actor was back as Indiana Jones in Indiana Jones and the Kingdom of the Crystal Skull - which became the second highest-grossing film worldwide that year. He also narrated a documentary film about the Dalai Lama entitled Dalai Lama Renaissance. 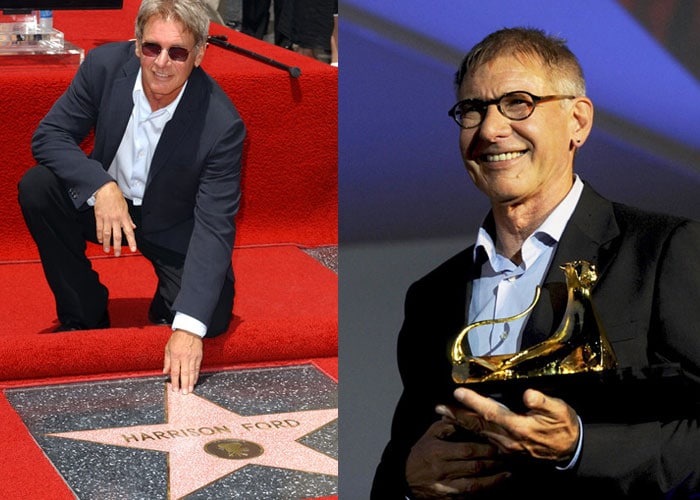 Harrison Ford won the Best Actor BAFTA award in 1985 for his role in Witness. In 2000, he received the American Film Institute's Life Achievement Award. In addition, the actor received many awards and honours including a star on the Hollywood Walk of Fame. 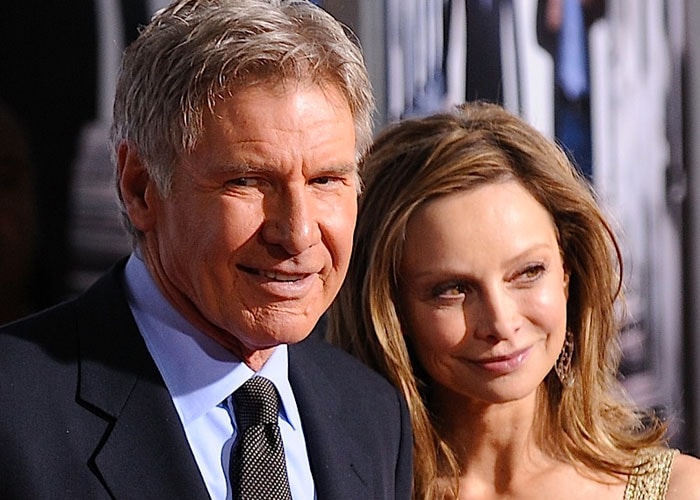 Mr Ford has always guarded his personal life from the public eye. The actor was married to his college sweetheart Mary Marquardt from 1964 to 1979. In 1983, he married screenwriter Melissa Mathison. Presently, the actor is married to actress Calista Flockhart whom he proposed over Valentine's Day weekend in 2009 and tied the knot in 2010.

The actor has two sons respectively with his first and second wife and three grandchildren. He and Calista are parents to her adopted son, Liam. 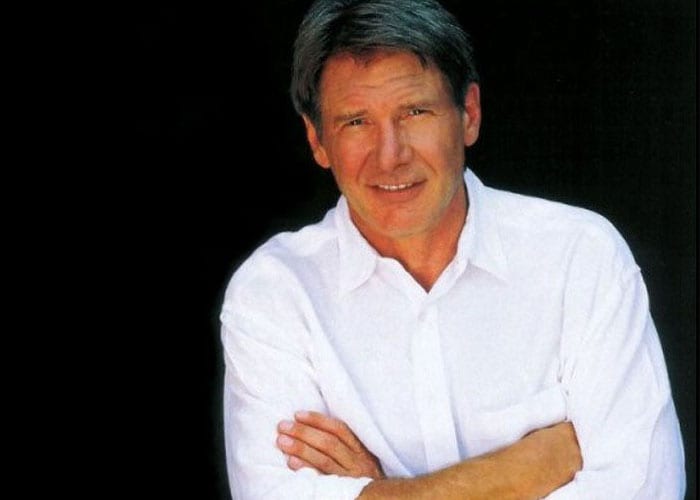 In 2001, the actor was listed in the Guinness Book of Records as the richest male actor. He was also chosen as People Magazine's 'Sexiest Man Alive' in 1998 and ranked No.1 in Empire magazine's 'The Top 100 Movie Stars of All Time' list in 1997. 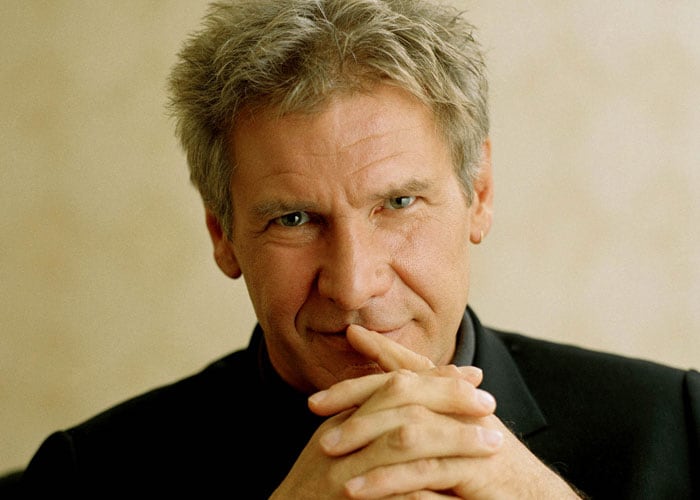 We wish the actor a very happy birthday.