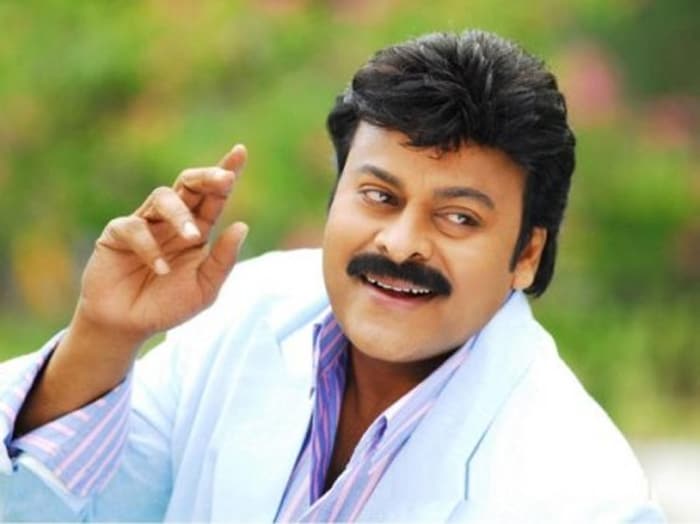 Telugu actor-politician Chiranjeevi turns 59 today. ‘Chiru', as he is affectionately called by his fans, is currently a member of the Rajya Sabha and is keeping his distance from the light but his fans are ever anxious and awaiting his next move, whether on screen or off it. On his birthday, here is a look at his cinematic journey. 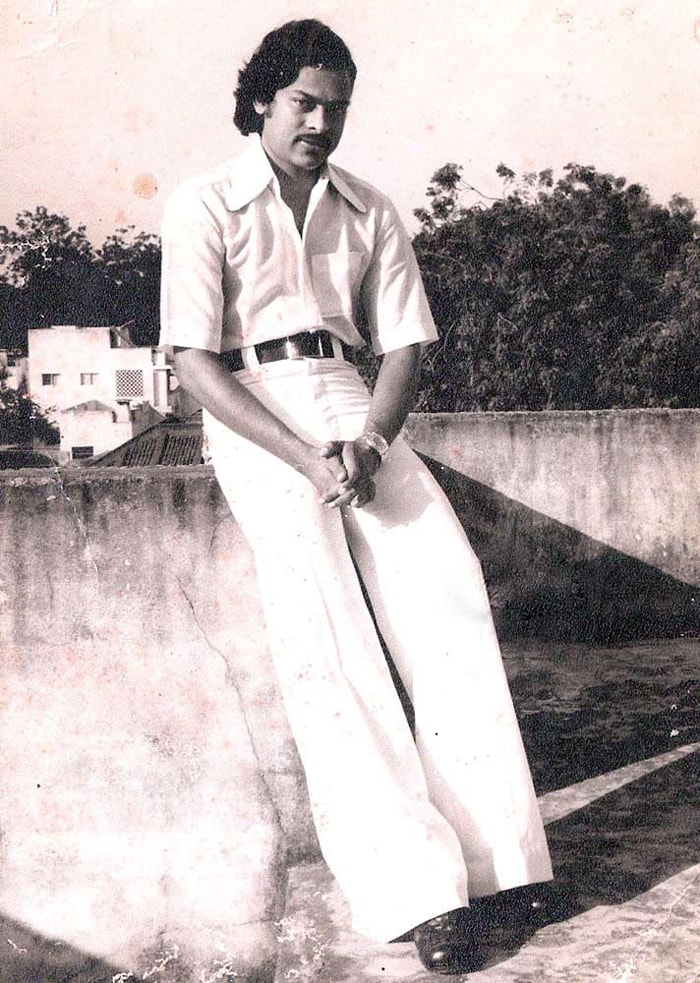 Born on August 22, 1955 as Siva Sankara Vara Prasad Konidala, Chiranjeevi was a student at the Madras Film Institute and an amateur stage actor. 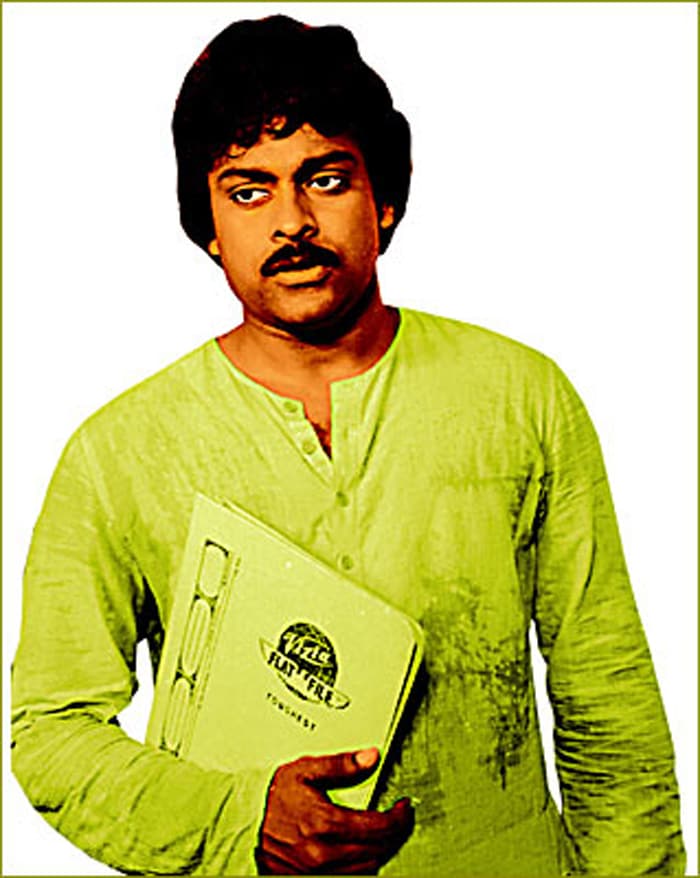 Chiranjeevi made his big-screen debut with the Telugu drama Punadhirallu (1979). Directed by Rajkumar, the film won the Nandi Award for Best Feature Film. 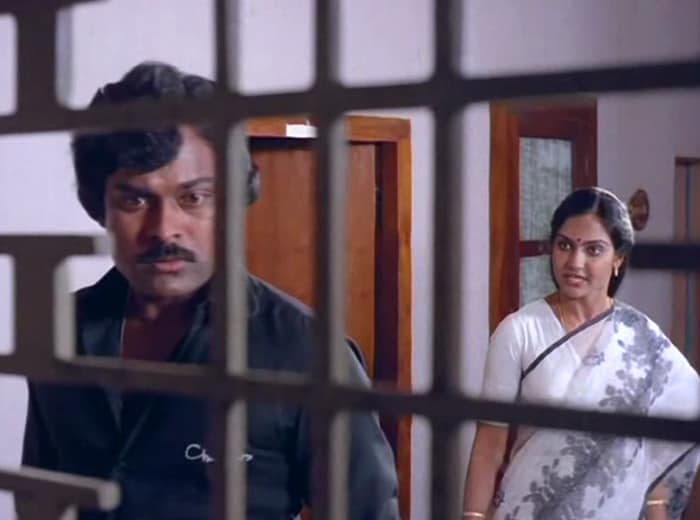 Chiranjeevi's first big hit as a hero was Intlo Ramayya Veedhilo Krishnayya (1982), opposite Madhavi and directed by Kodi Ramakrishna. The film ran for a record number of days at the time.

Chiranjeevi was lauded for playing the role of a teasing husband and a caring friend with ease.

In the same year, Chiranjeevi won his first Telugu Filmfare Award for his role in Subhalekha directed by K Viswanath. 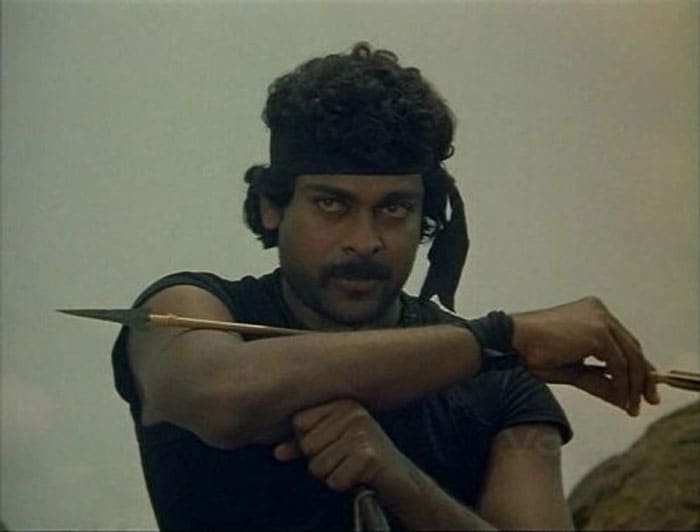 Chiranjeevi's successful run at the box-office continued with films such as Khaidi (1983) based on the Sylvester Stallone blockbuster, Rambo: First Blood.

The movie gave him a macho action-hero image and was a milestone in Chiranjeevi's long career. 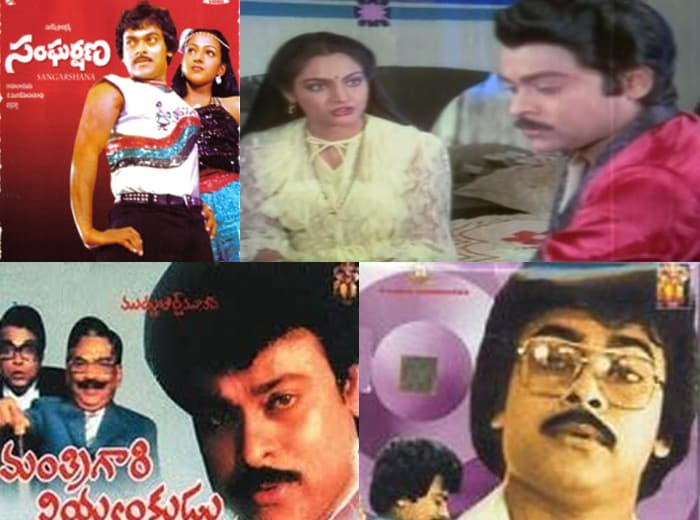 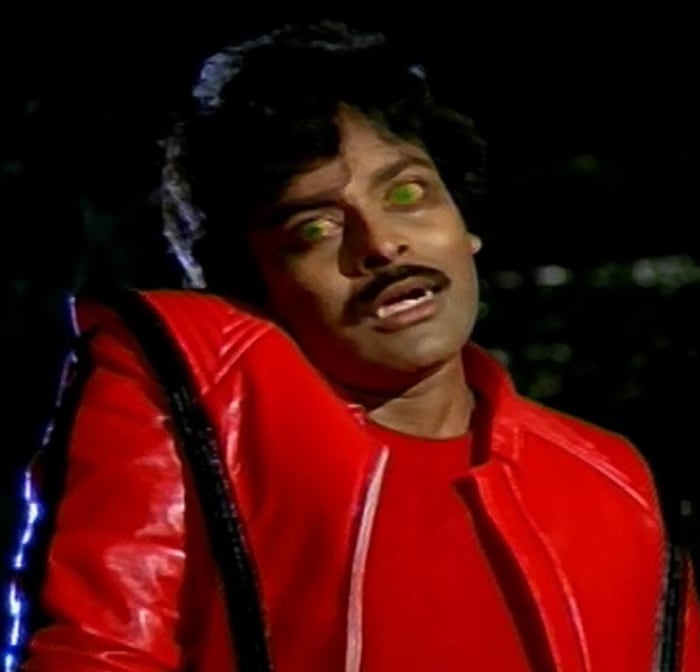 In 1985,he acted in in Donga opposite Radha. Though the film was not a blockbuster it gave Chiranjeevi his key to international fame with the song Golimaar . The song's video is ‘inspired' heavily from Michael Jackson's Thriller even features similar costumes, sets and dance steps. After the advent of video sharing websites, the song's video became a viral hit and is known famously as the ‘Indian Thriller'. The same year he bagged his second Telugu Filmfare Award for Vijetha. Two years later, Pasivadi Pranam was another blockbuster, praised for being innovative. 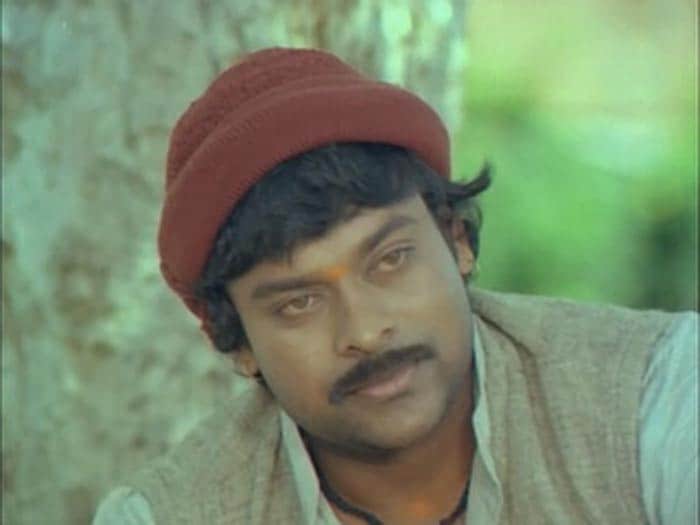 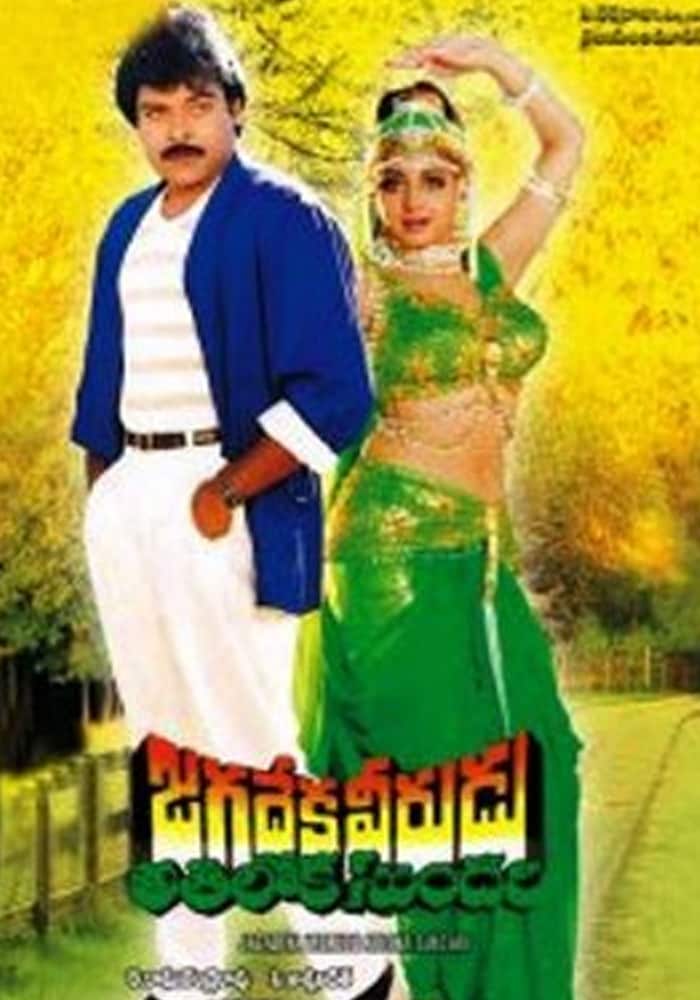 His next big film was Jagadeka Veerudu Athiloka Sundari (1990), which co-starred Sridevi. Directed by the prolific K Raghavendra Rao, the film was a raging blockbuster, featuring scintillating music by Ilaiyaraaja. 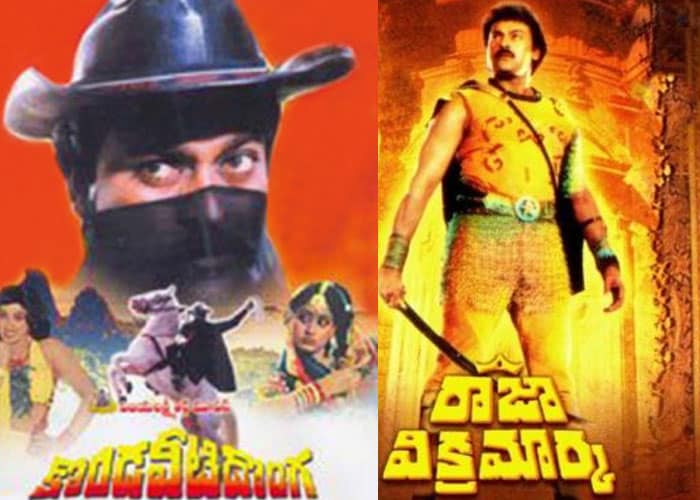 1990 was a terrific year for Chiranjeevi, as two of his films hit bullseye at the box office. Kondaveeti Donga, directed by A Kondandarami Reddy, was a massive hit. It was an engaging film which presented a niche topic in a commercial way. 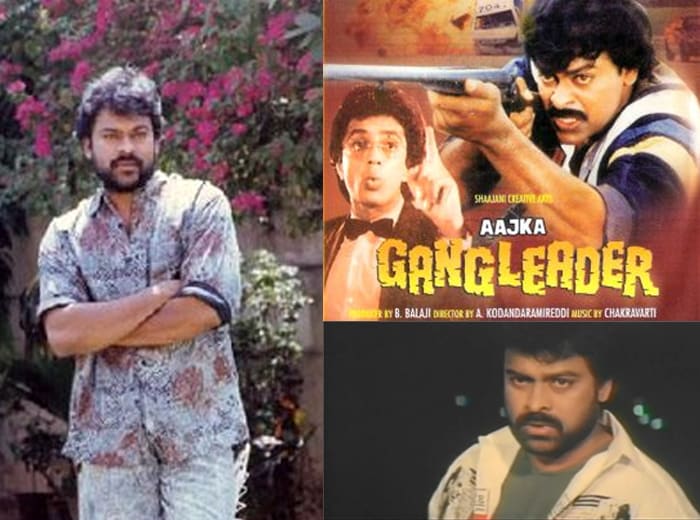 In 1991, he starred in Gang Leader, directed by Vijay Bapineedu. The film was such a huge blockbuster that critics started calling Chiranjeevi "the boss of Telugu cinema". 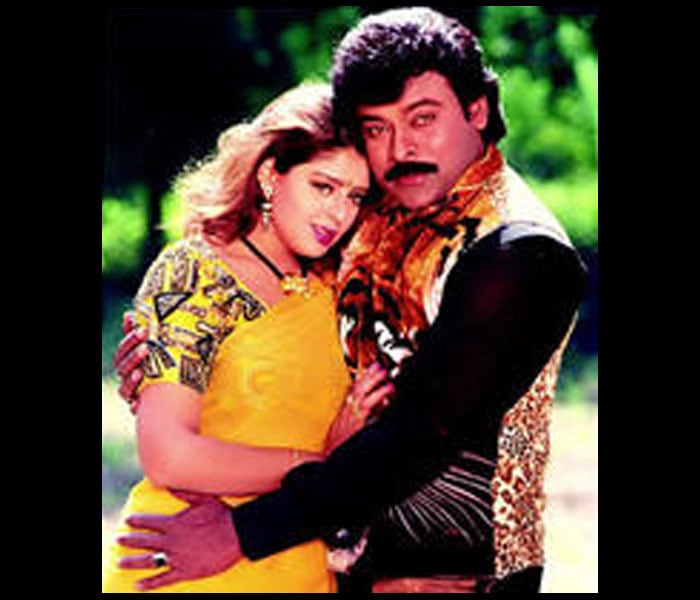 His next film, Gharana Mogudu (1992) co-starring Nagma as his love interest, became the first ever Telugu film to gross over Rs 10 crores at the box office. 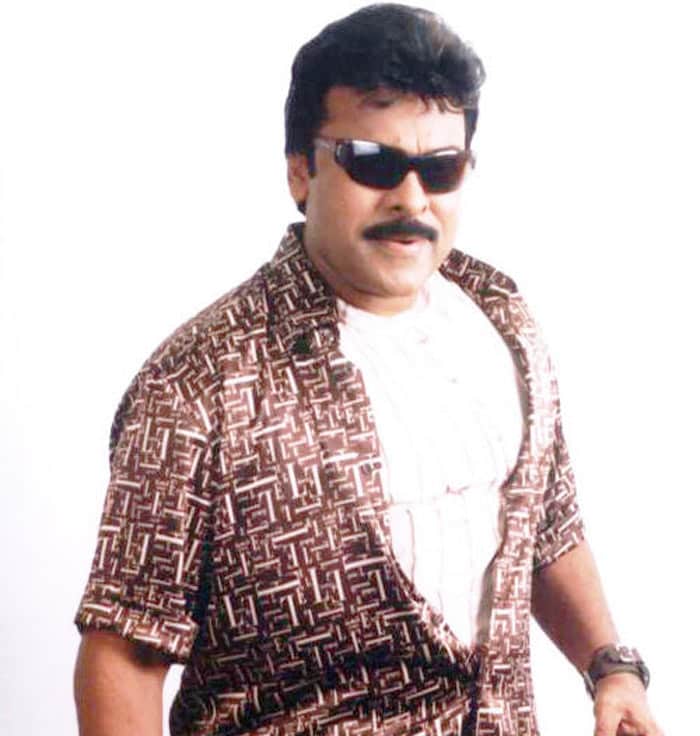 Next came Aapathbandhavudu, which was released in 1992. It won him great critical acclaim and along with this came his second Nandi Award for Best Actor. 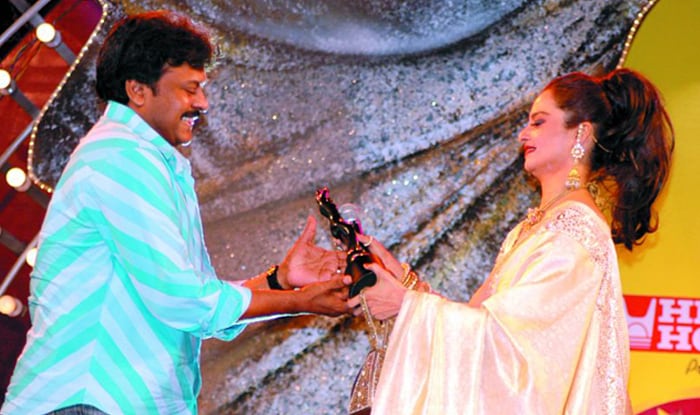 Even during this lean period, he acted in Muta Mesthri (1993), which won him his fifth Telugu Filmfare Award. 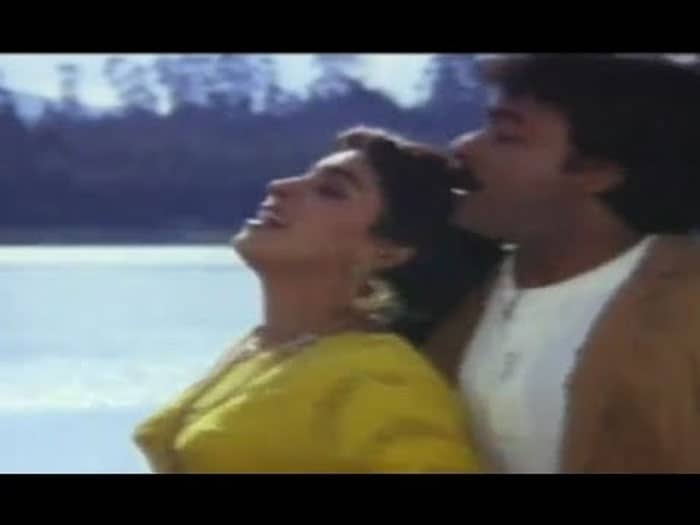 In the ‘90s, he also starred in some Hindi films, notably Pratibandh with Juhi Chawla and Aaj Ka Goondaraj with Meenakshi Seshadri. 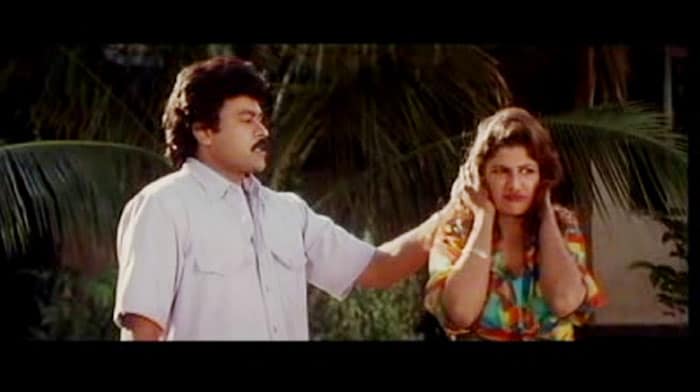 Critics stopped writing him off in 1997 when he set the box office on fire with Hitler, which was a smash hit.

Hitler was a remake of the Malayalam film of the same name. The film was directed by Siddique, who went on to direct the smash hit Bodyguard starring Salman Khan and Kareena Kapoor. Chiranjeevi returned to form with hits like Master, Bavagaru Bagunnara, Choodalani Vundi, Sneham Kosam, for which he received his sixth Telugu Filmfare Award for Best Actor, and Annayya. 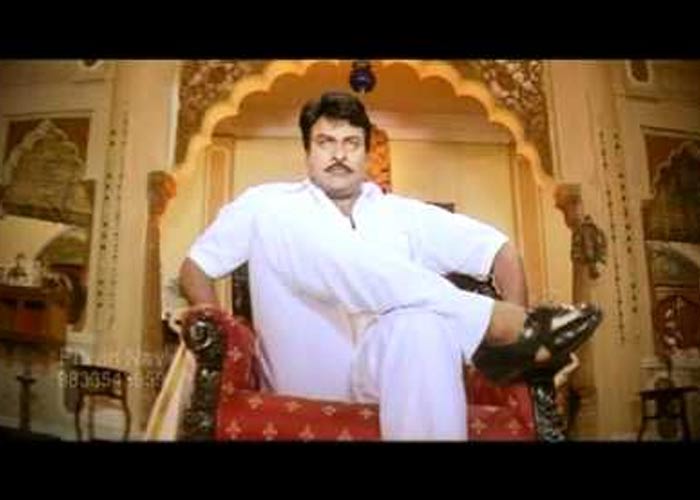 2002's Indra eclipsed all previous achievements. It became the first Telugu film to gross over Rs 20 crores and had an uninterrupted run of 175 days in over 30 centres. 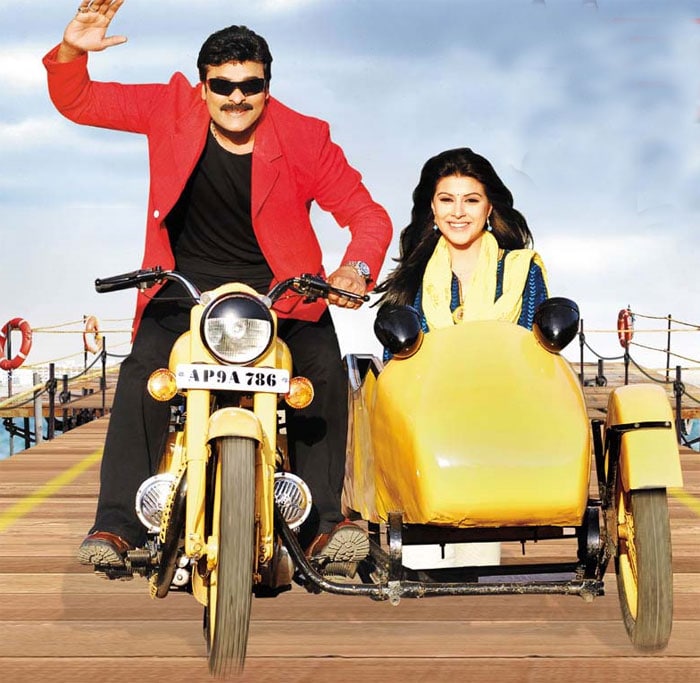 His last full fledged lead role was in Shankar Dada Zindabad (2007), directed by Prabhu Deva. It received lukewarm reviews and was only a moderate success at the box office. The film was a remake of the Bollywood super hit Lage Raho Munnabhai which had featured Sanjay Dutt and Arshad Warsi. 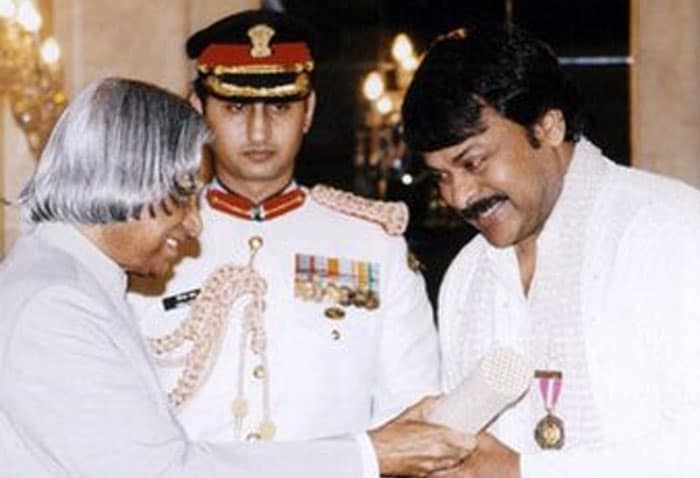 In 2006, Chiranjeevi was awarded the Padma Bhushan by the Government of India. 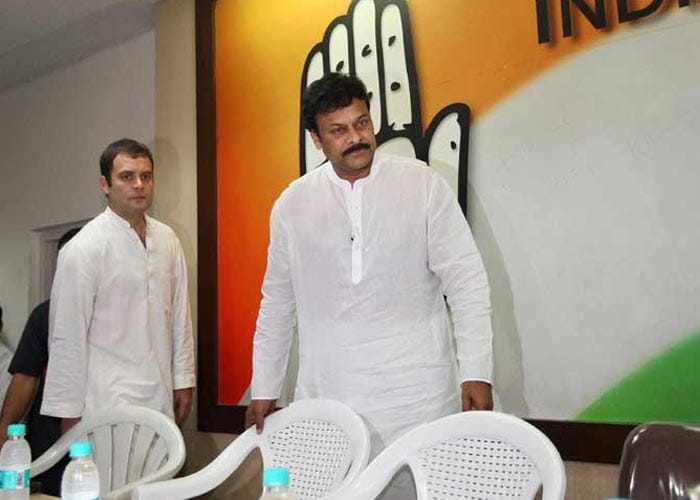 Chiranjeevi made his political debut by forming a regional party called Praja Rajyam Party in Andhra Pradesh in 2008. He contested elections in 2009 from his hometowns Palakollu and Tirupati.

In February 2011, Chiranjeevi announced that his political party would merge with the Congress.

In August 2011, Chiranjeevi joined the Indian National Congress in the presence of AICC general secretary Rahul Gandhi in New Delhi. 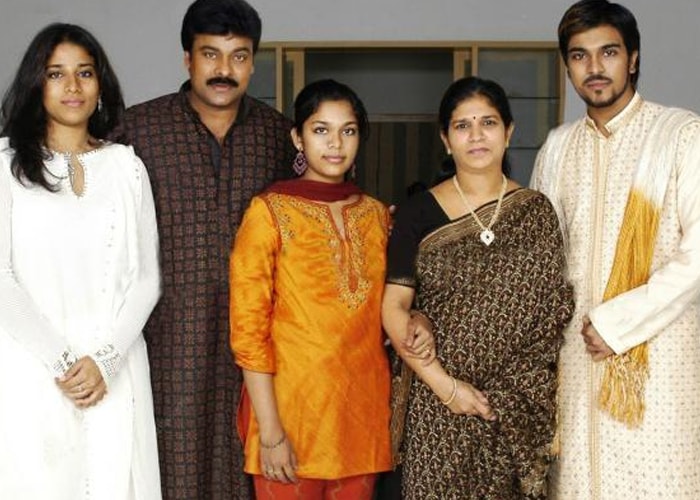 Chiranjeevi is married to Surekha, who is the daughter of celebrated comedian Allu Rama Langaiah. The couple have two daughters, Sushmita and Sreeja, and a son, Ram Charan Teja, who is also a successful Telugu actor and made his Bollywood debut in 2013 with Zanjeer.Surekha's brother Allu Aravind is a celebrated Telugu film producer and his sons Allu Arjun and Allu Sirish are also actors. 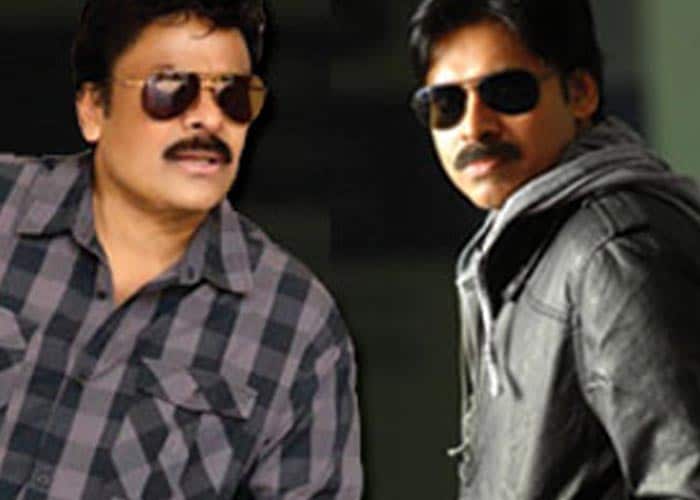 Chiru's own brother Pawan Kalyan is also a Telugu matinee idol with many major commercial superhits under his belt. 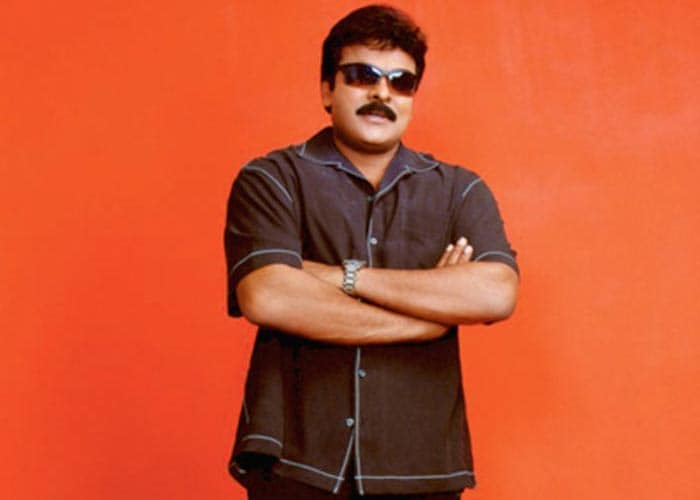 We wish the superstar a very happy birthday and great times ahead.