We spotted actress Aishwarya Rai Bachchan and her daughter Aaradhya on their way to Aamir Khan's son Azad's birthday party in Mumbai on December 1. Aaradhya's hair was done up in a cute bun with equally cute pink clips. 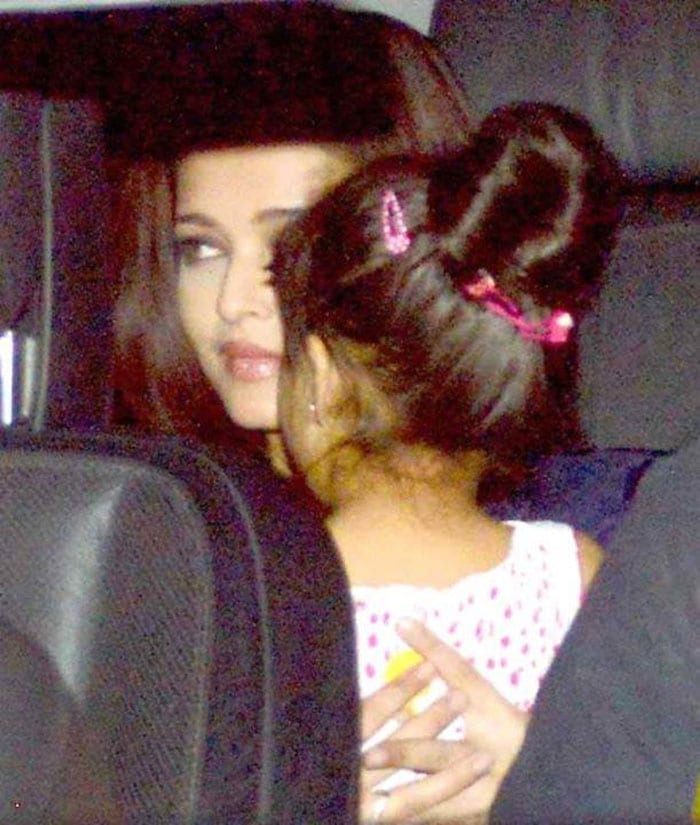 We spotted actress Aishwarya Rai Bachchan and her daughter Aaradhya on their way to Aamir Khan's son Azad's birthday party in Mumbai on December 1. Aaradhya's hair was done up in a cute bun with equally cute pink clips.

Azad and Aaradhya are good friends and hung out together in Chicago where their daddies were shooting Dhoom: 3. Azad was at Aaradhya's second birthday party on November 16. This certainly seems to be the beginning of a filmy friendship between the two toddlers who are almost the same age.

This picture was posted on Facebook by World Of Aish (WOA) 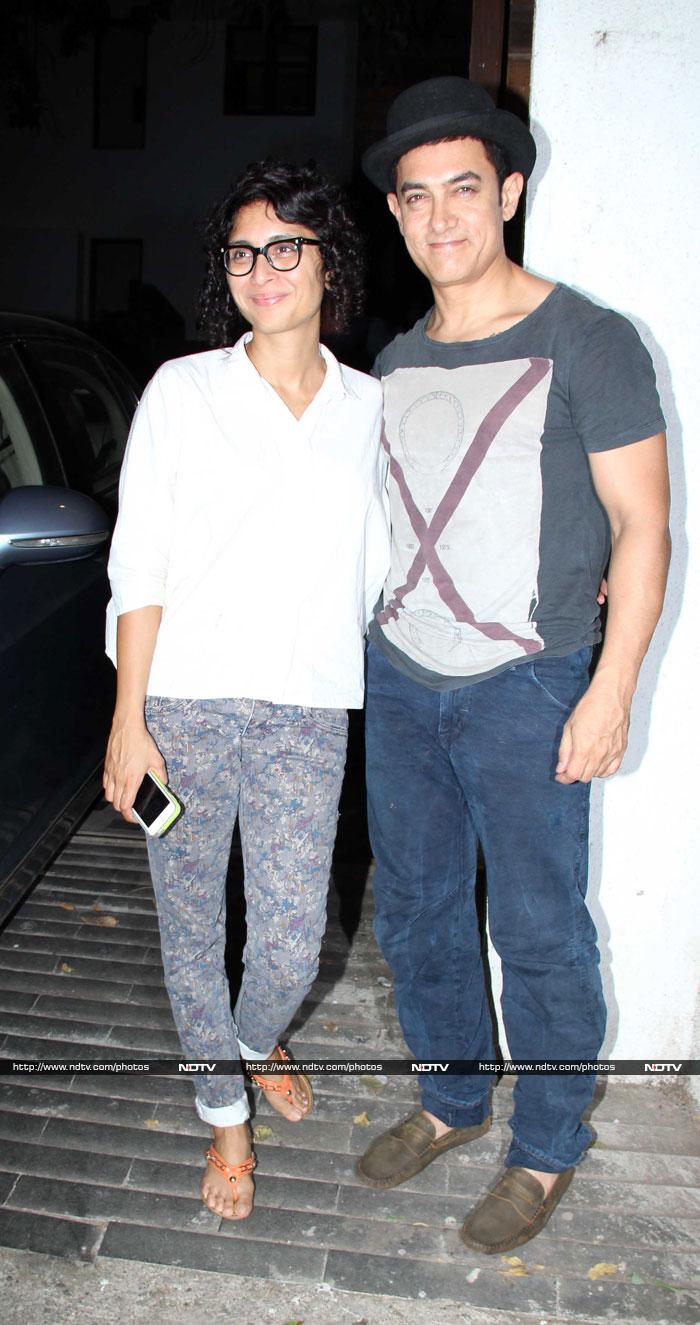 Bollywood actor Aamir Khan and wife Kiran celebrated their son Azad Rao Khan's second birthday in Mumbai on Sunday, December 1. Azad was born through IVF to a surrogate mother in 2011.

Though we couldn't spot the toddler anywhere, we sighted his parents posing for a picture together. 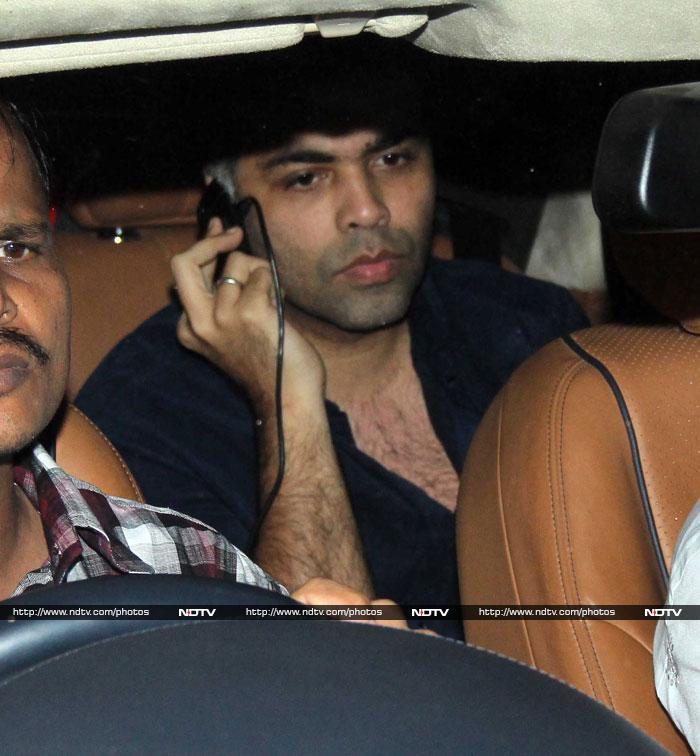 Kiran's good friend and fellow director Karan Johar, who recently accompanied Aamir and Kiran to Assam, was invited to the party. 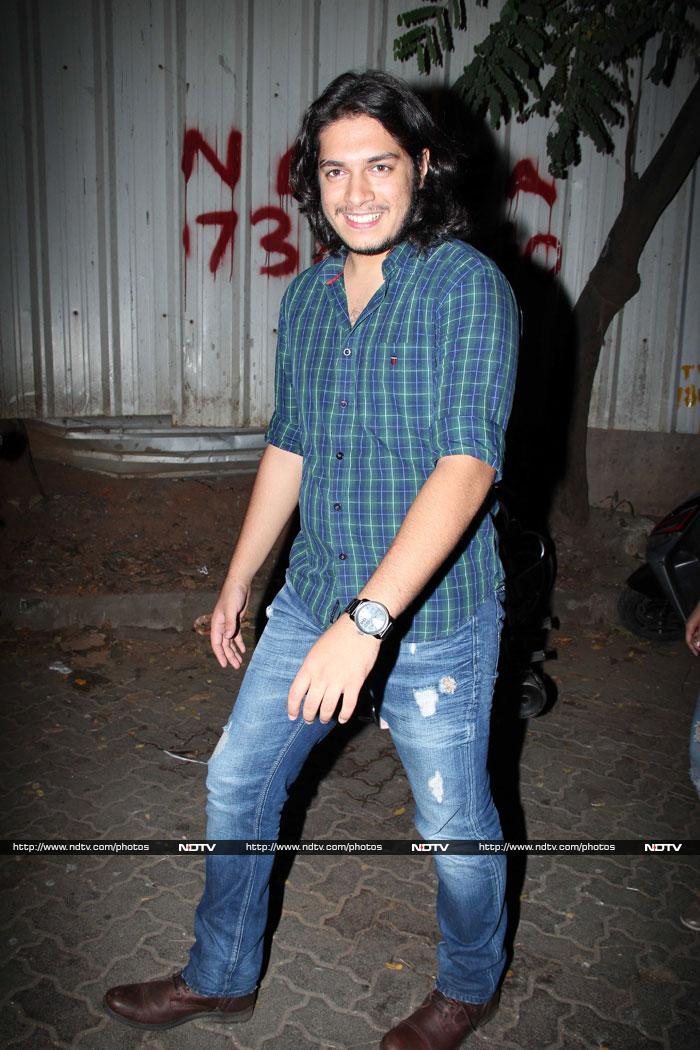 Aamir's son Junaid was all smiles on the occasion. 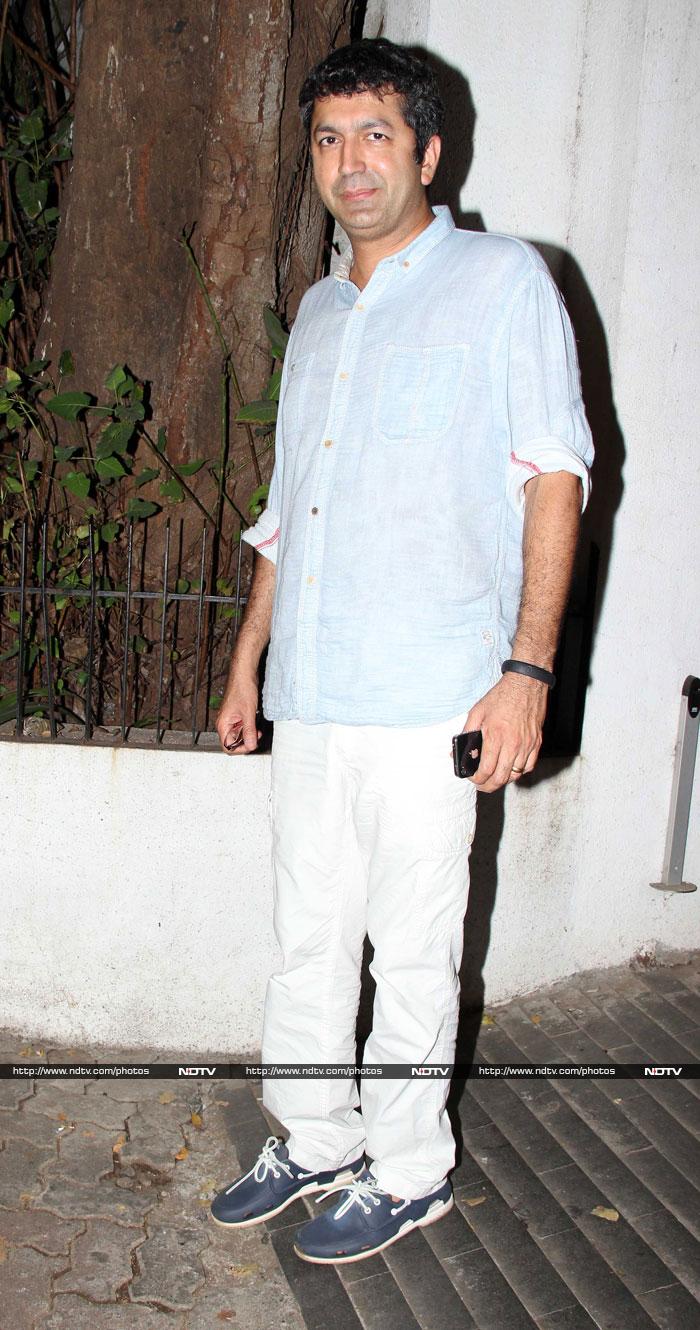 Filmmaker Kunal Kohli, who directed Aamir Khan in Fanaa, was also present on the occasion.

Coming up: The Katrina doll. And the Aamir doll 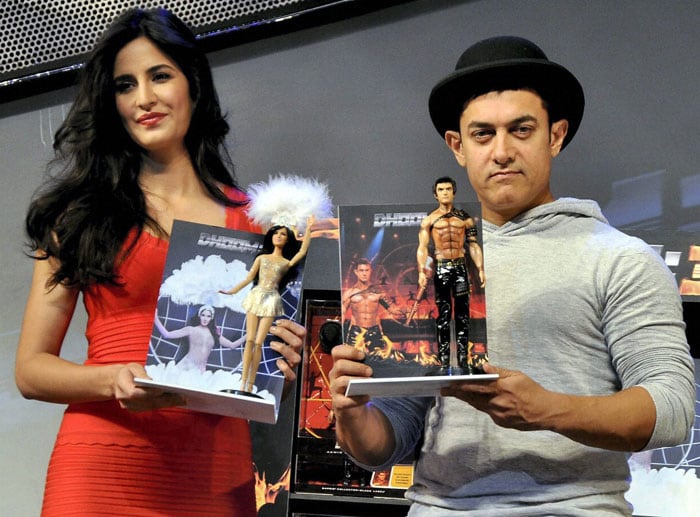 Dhoom: 3 stars Katrina Kaif and Aamir Khan launched the first ever Indian celebrity dolls based on their characters in the movie, Sahir and Aliya, on Tuesday, November 19, in Mumbai.

In this picture, Katrina and Aamir can be seen posing for pictures with their respective dolls. 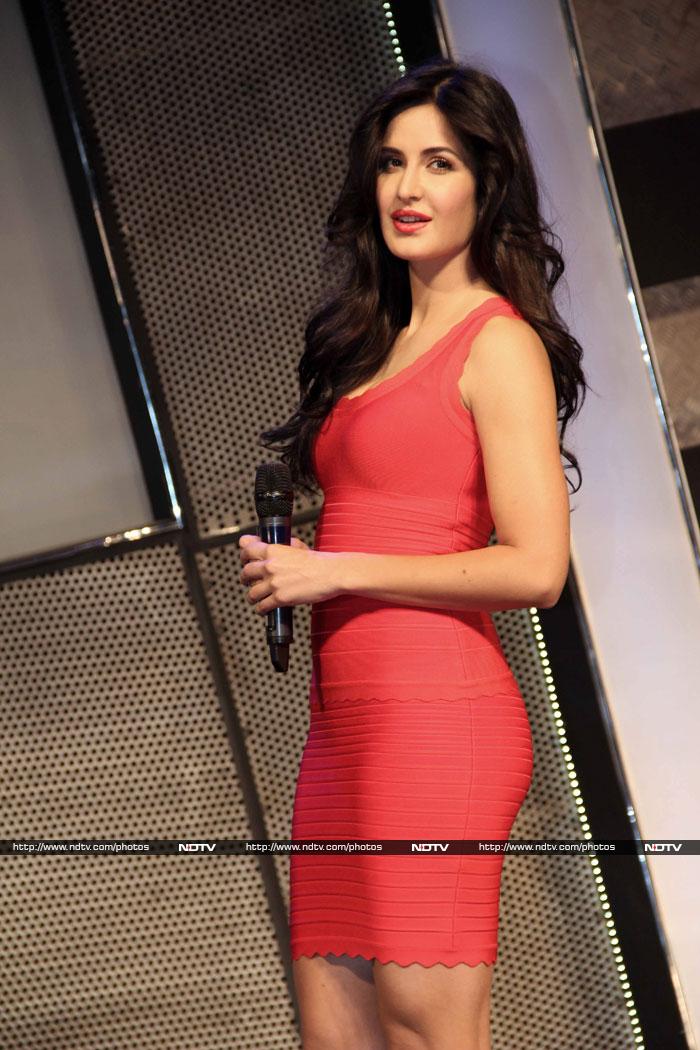 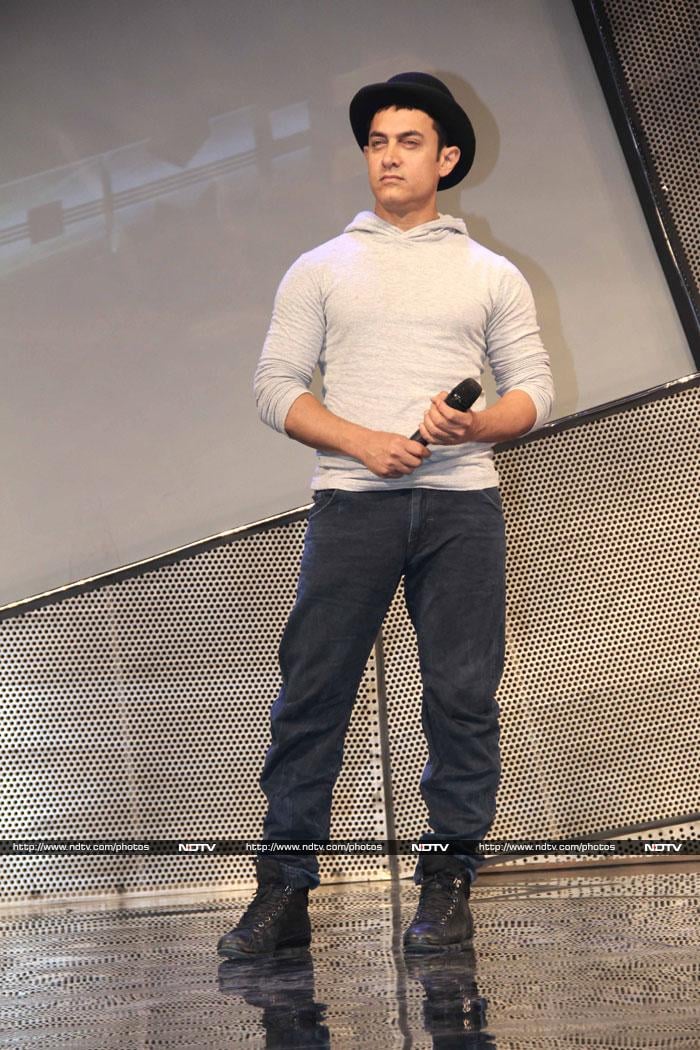 Aamir looked cute in a grey sweatshirt worn with a pair of blue jeans. He left his bowler hat on this time, after having been spotted without it at Sachin Tendulkar's farewell match at Wankhede Stadium, the launch of the title song of Dhoom: 3 and at Sachin's grand party on the evening of November 17. 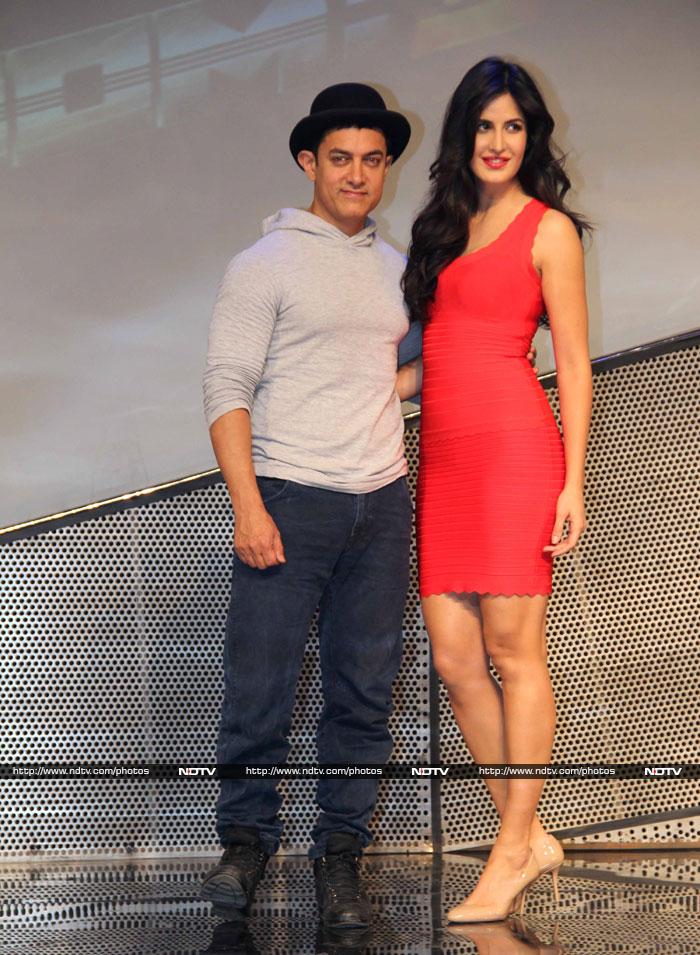 Aamir and Katrina posed for a picture together. We couldn't help noticing that Kat towered over Aamir. But we know that Aamir won't mind since he recently revealed that he enjoys working with actresses who tower over him. 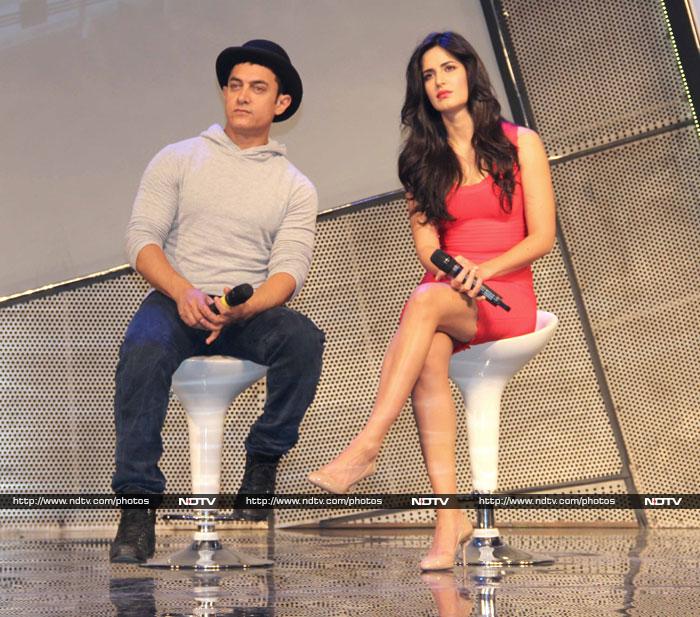 Aamir and Katrina seemed to be listening intently to someone in the audience.

Coming up: Pink and sarcasm? Katrina wears it well 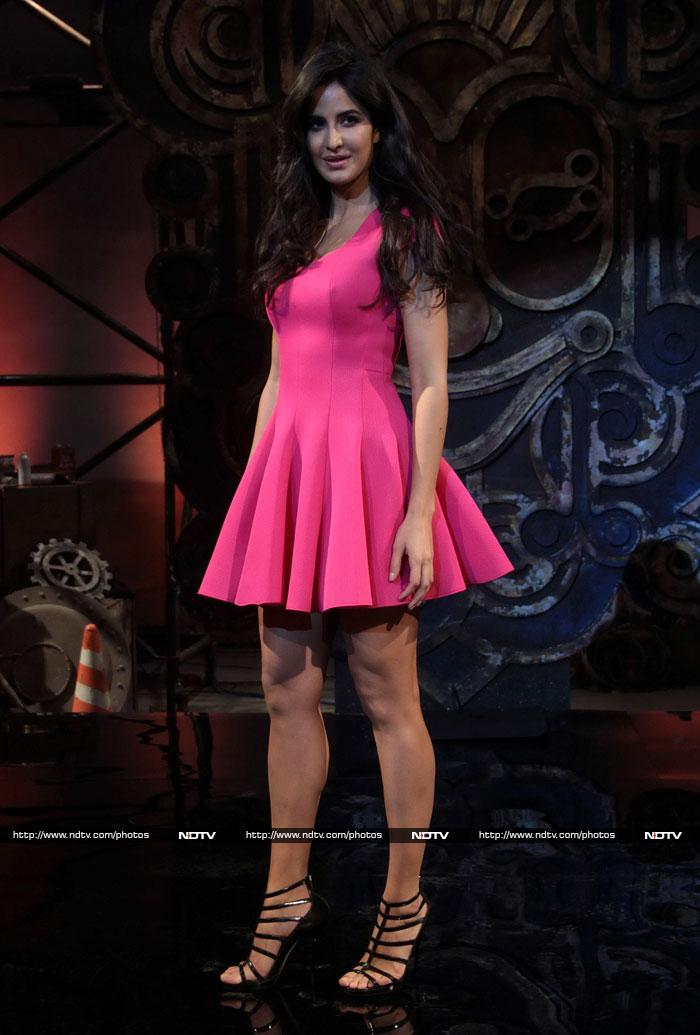 The just-released title song of Dhoom: 3 indicates that 2014 will close with a bang. Similarly explosive was lead actress Katrina Kaif, who unveiled the song in Mumbai on Thursday, November 14, in a hot pink minidress and bedhead hair. 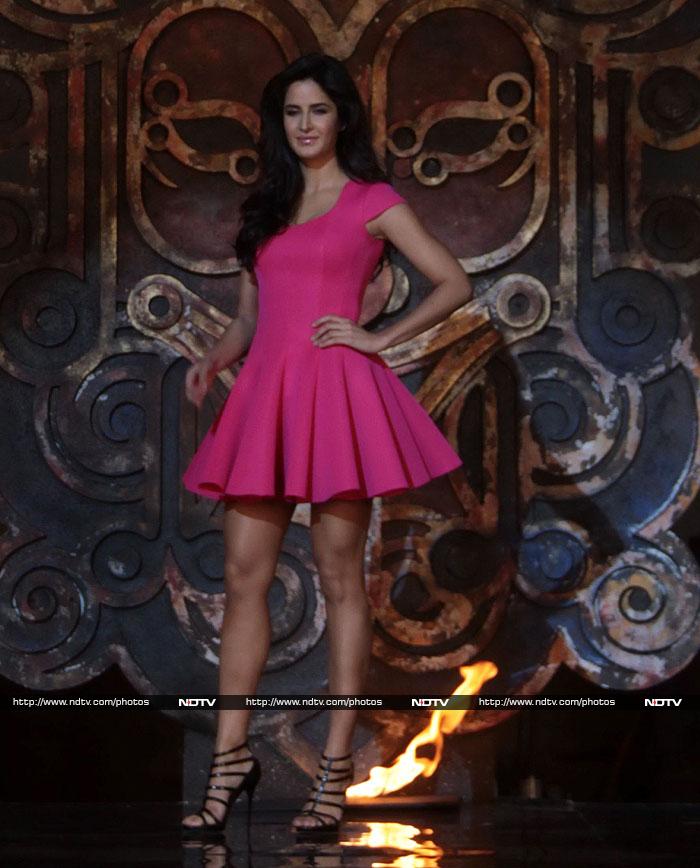 The usually-diplomatic Katrina gave the assembled press short shrift over the furore pictures of her and Ranbir Kapoor holidaying in Spain had created. “Next time please give me notice, I will wear matching clothes as red and white does not match at all, I know," said a sarcastic Kat. 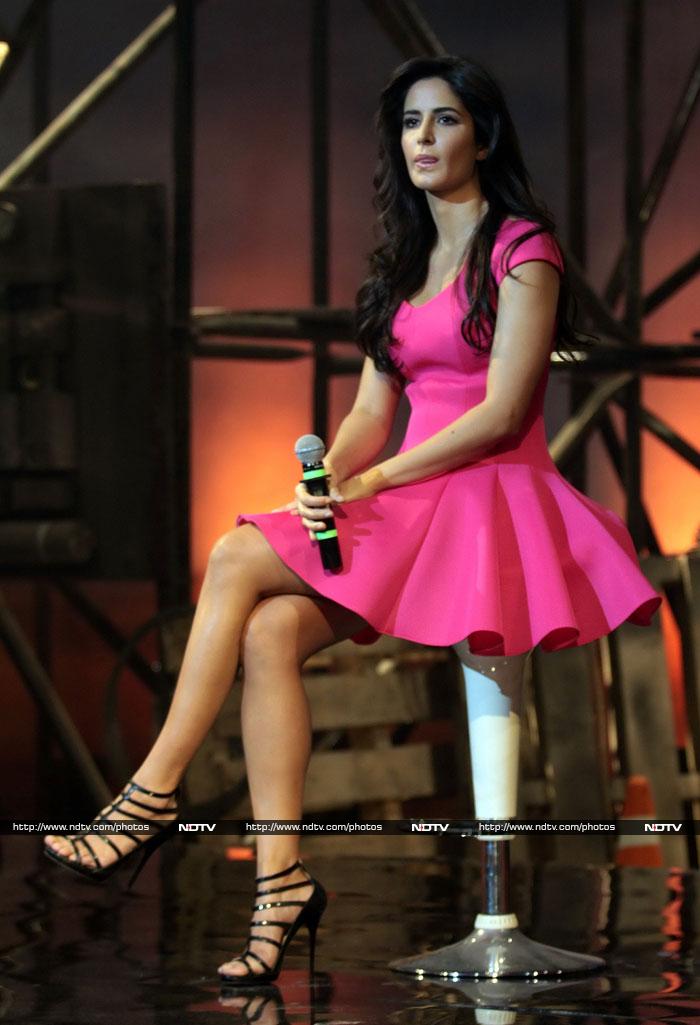 To an often-asked question, Katrina replied: "I have said this before and would like to say again, I am single till I get married." 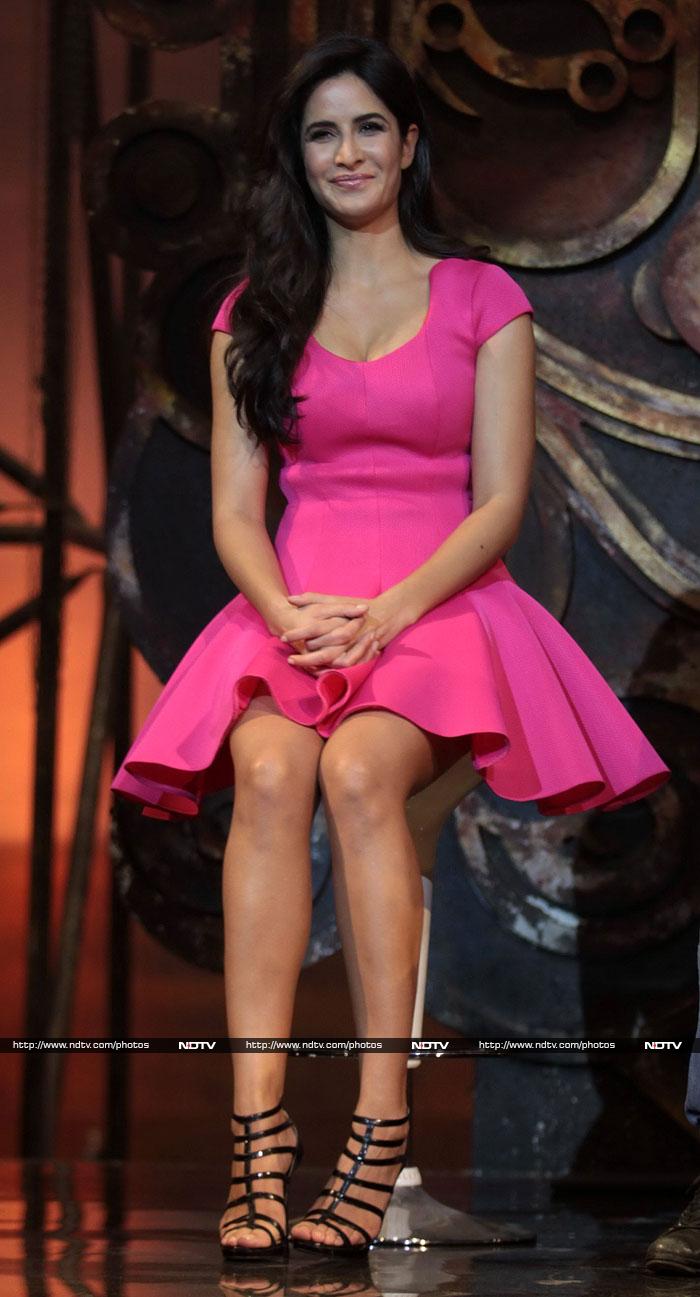 The launch of the song had to be postponed by two hours because Katrina's co-star Aamir Khan was at Wankhede Stadium watching India play West Indies and had delayed his exit to be able to see Sachin Tendulkar bat in his 200th and final test. Katrina explained Aamir's lateness to reporters, saying: “Aamir loves cricket more than he loves me. Aamir loves Sachin more than me, so he has left me alone for this press conference.” 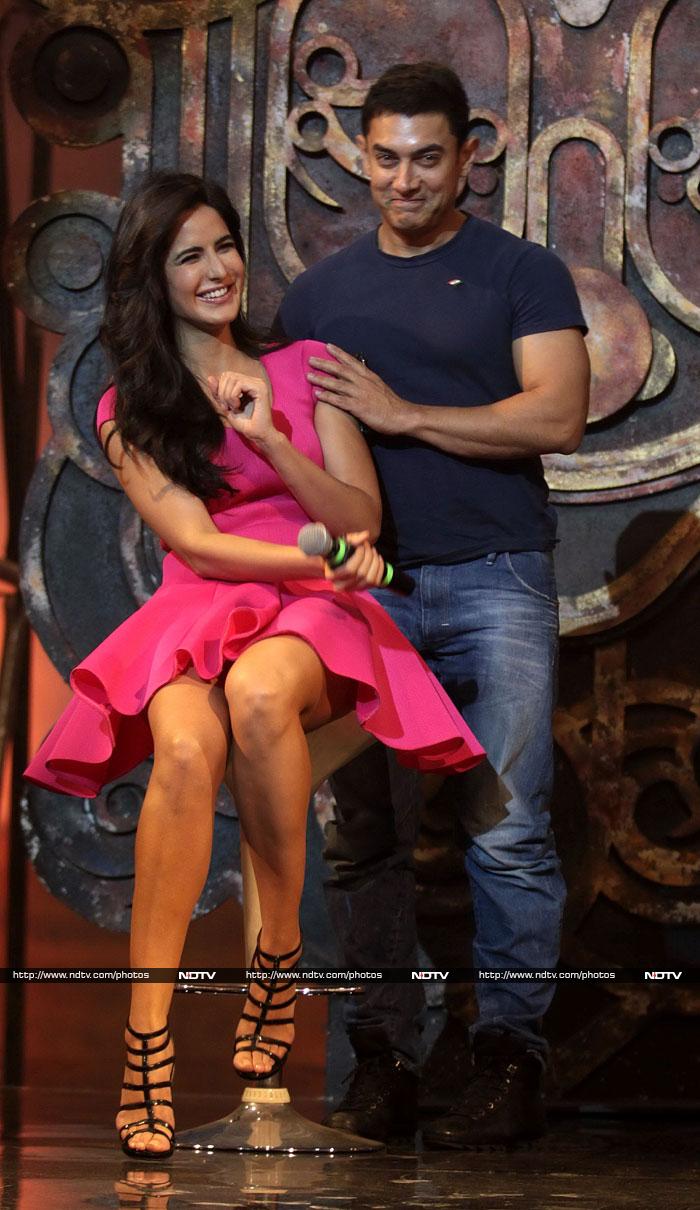 Thankfully, she didn't have to wait all that long for Aamir to show up. 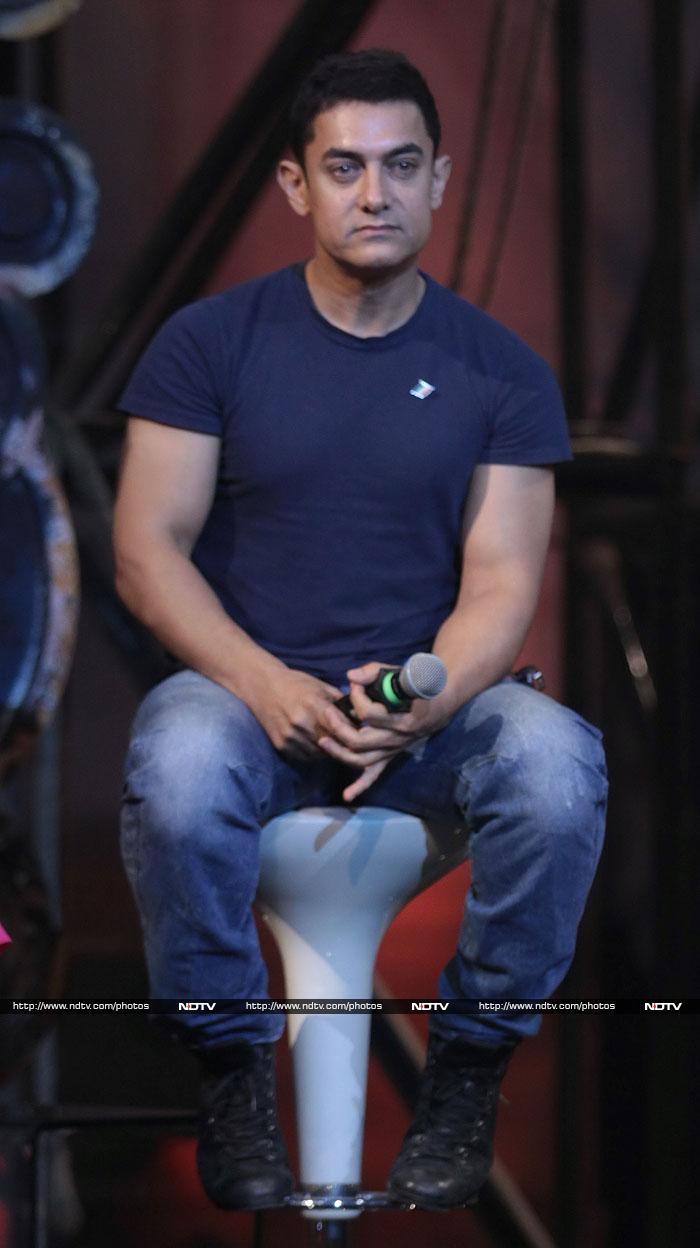 For once, the Dhoom: 3 bowler hat was absent from Aamir's head. He had clearly rushed straight to the event from Wankhede Stadium and, in fact, wore the same blue T-shirt and jeans to the match on day 2. As a good luck charm perhaps? Aamir said he'd hoped Sachin would make 135 runs and bring his total upto 16,000. However, that was not to be. Sachin made a fine 74 and was then dismissed. 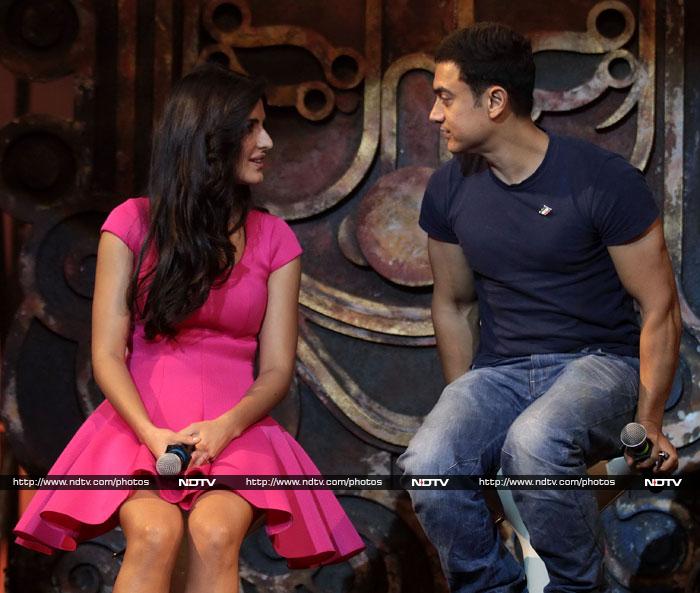 Cricket off his mind, Aamir left Katrina stumped by saying he wanted to see her with actor Salman Khan in real life. He also said he'd asked Salman, a good friend ever since they co-starred in cult comedy Andaz Apna Apna in 1994, to get married but that Salman wasn't listening to him. Much to Katrina's embarrassment, he turned to her and asked: “Have you ever asked him?” 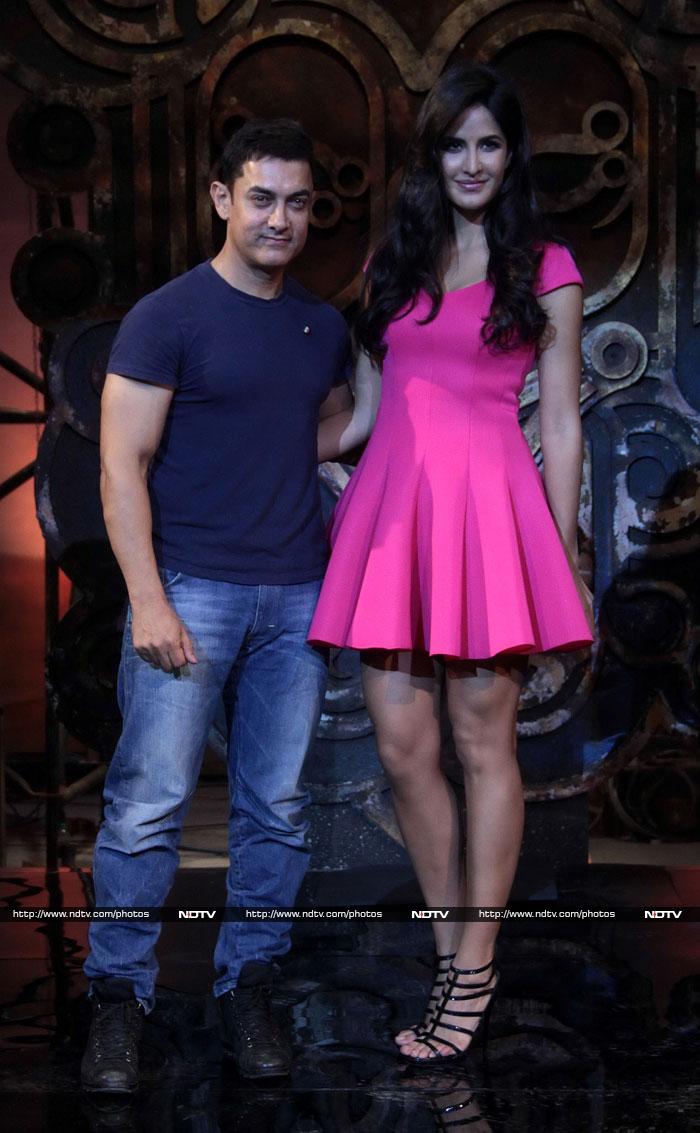 No hard feelings though, despite the Salman jab. Katrina and Aamir say cheese.