Aamir to promote cleanliness in schools

Bollywood star Aamir Khan was Tuesday appointed sanitation brand ambassador to promote cleanliness in all Central Board of Secondary Education (CBSE) schools across India - but not without being mobbed by his young fans. 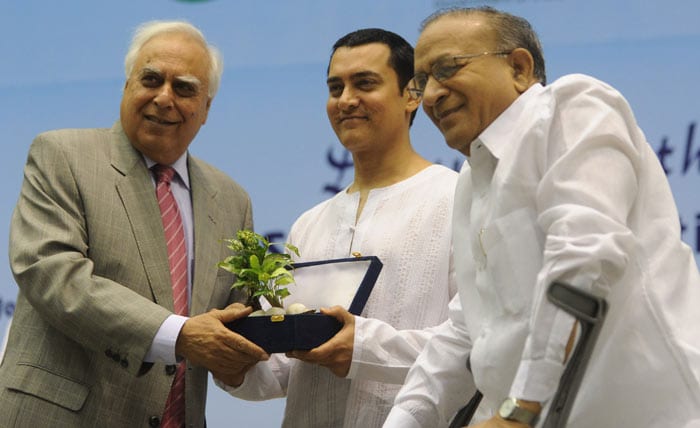 Bollywood star Aamir Khan was Tuesday appointed sanitation brand ambassador to promote cleanliness in all Central Board of Secondary Education (CBSE) schools across India - but not without being mobbed by his young fans. (Photo: AFP) 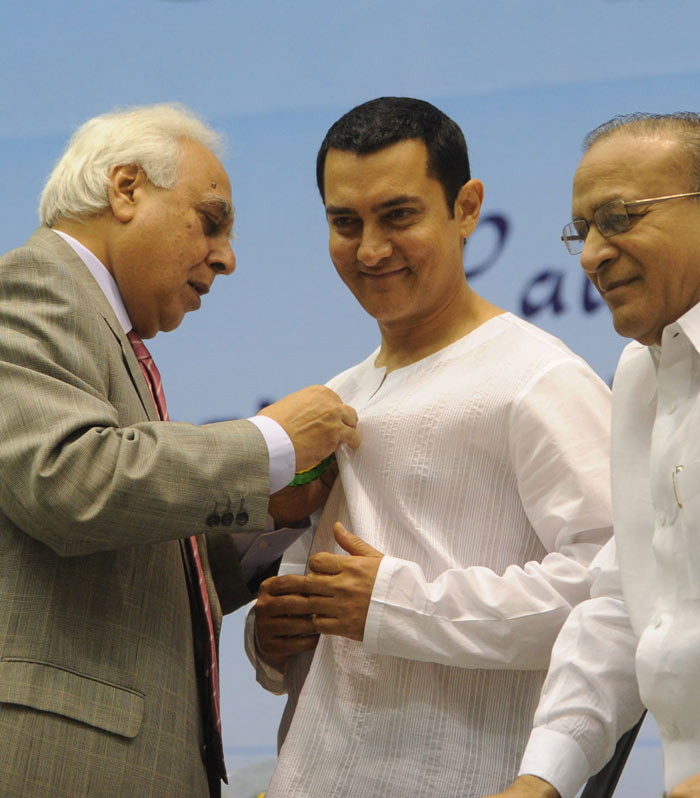 "We are happy to have Aamir as our brand ambassador. We hope, he will help this scheme become a success," Human Resource Development (HRD) Minister Kapil Sibal said after launching the National School Sanitation Initiative at Vigyan Bhavan. (Photo: AFP) 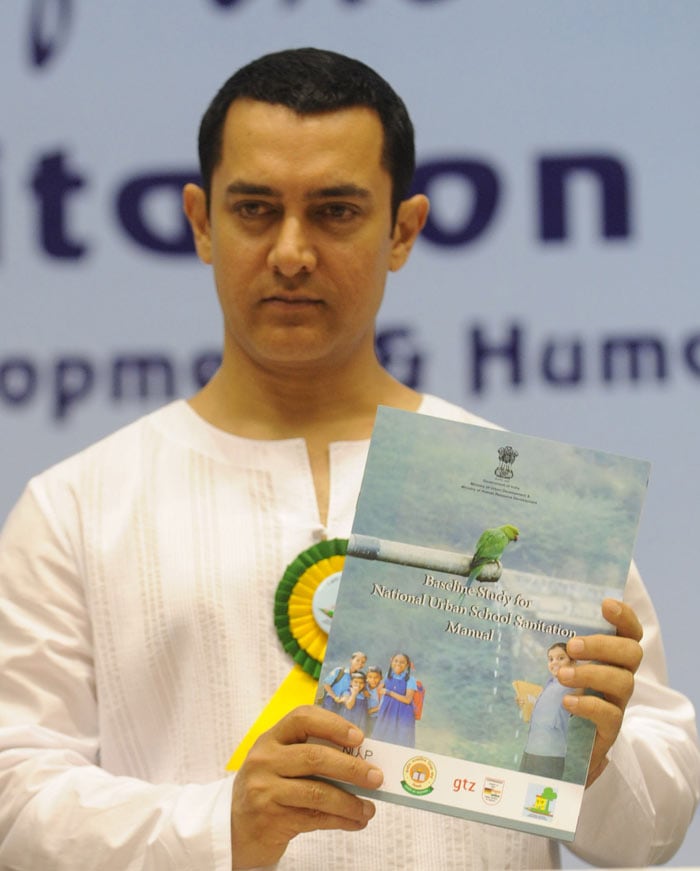 He said through movies the actor had created public opinion related to education and his involvement would help the cause of sanitation. Aamir has starred in education related movies like Taare Zameen Par and 3 Idiots. (Photo: AFP) 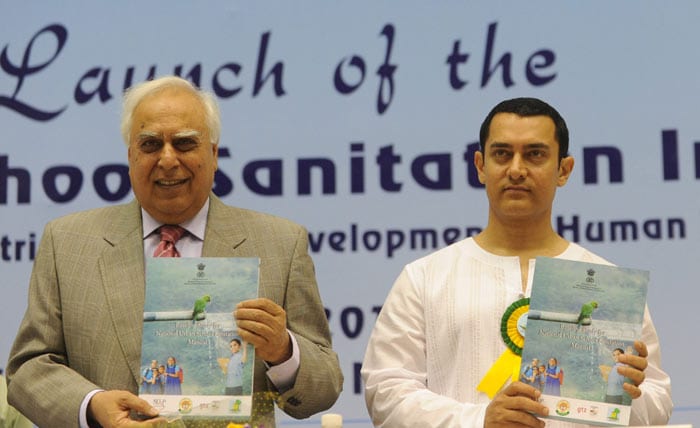 Aamir, after accepting the honour, said he would sit down with both the HRD and urban development ministries to know more about the issue and could create a "package which will be easily available through CDs and internet for use in schools". (Photo: AFP) 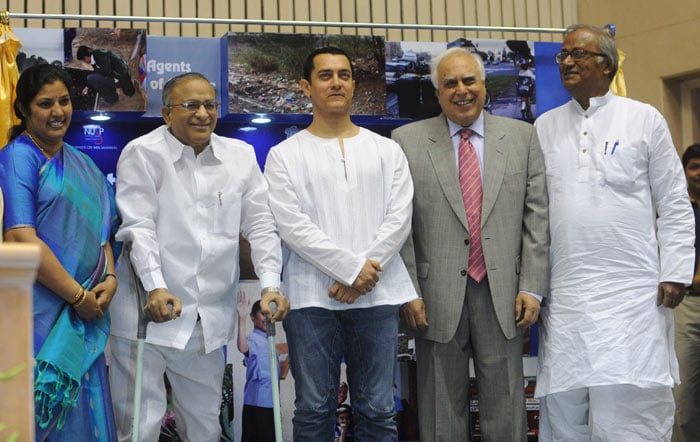 However, after the programme got over, hundreds of students mobbed the actor while asking for his autograph. With little security at his disposal, the situation became quite unmanageable. But Sibal came to the rescue of the actor and took him away from the conference hall. Earlier, Sibal had announced that health and wellness clubs would be set up in all schools for better sanitation practices. (Photo: AFP) 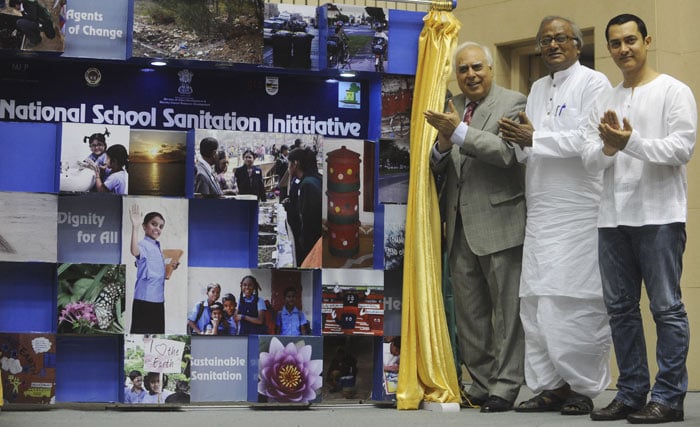 The minister said only nine percent of school students wash their hands before eating and these clubs would promote such issues among students. "They are the future and their good health will help a better tomorrow." (Photo: AFP) 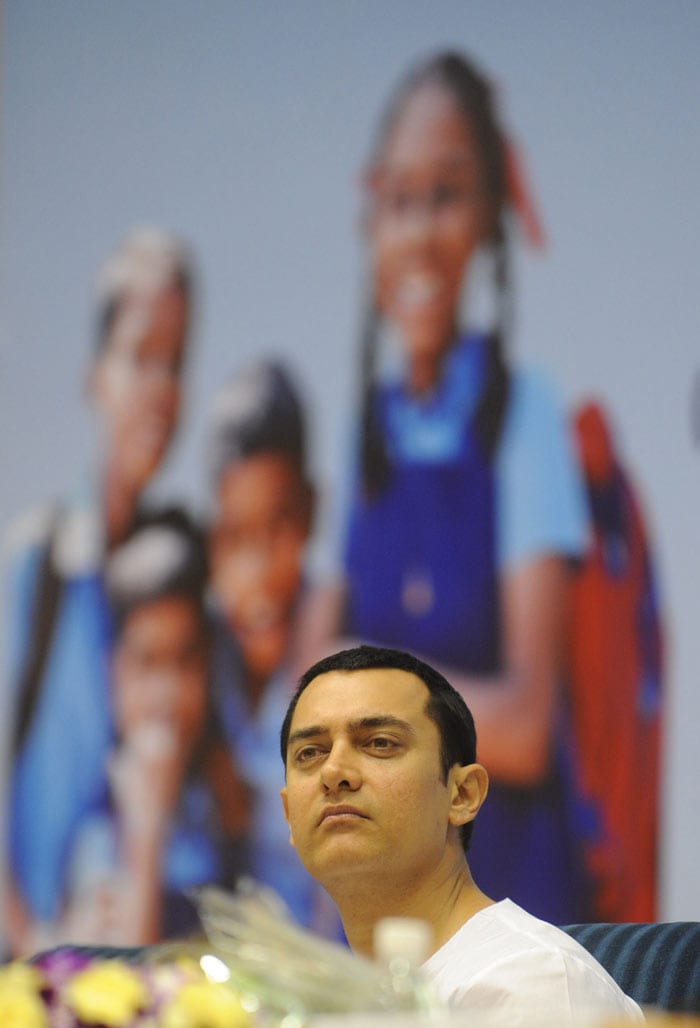 Anshu Vaish, secretary school education, said at least 45 percent of Indian schools do not have separate toilets for girls. "This is impacting girl students' admission and we have a long way to go in improving this situation." (Photo: AFP) 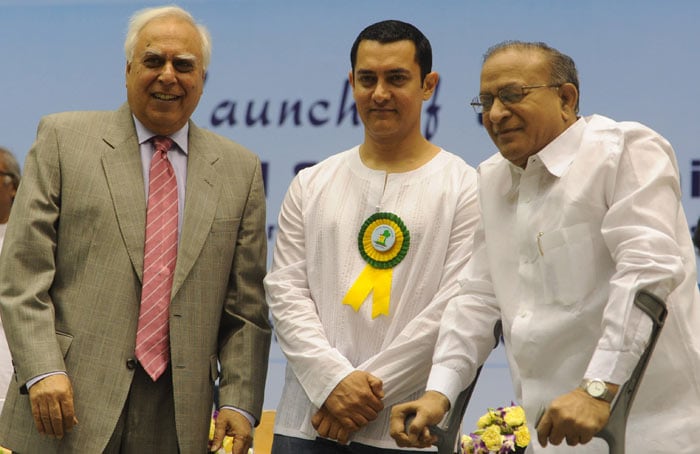 Vaish told IANS that initially the health and wellness clubs will come up in CBSE schools as it was this board's initiative. "We will inform all the state boards and if they want all the material can be translated to desired regional languages." (Photo: AFP) 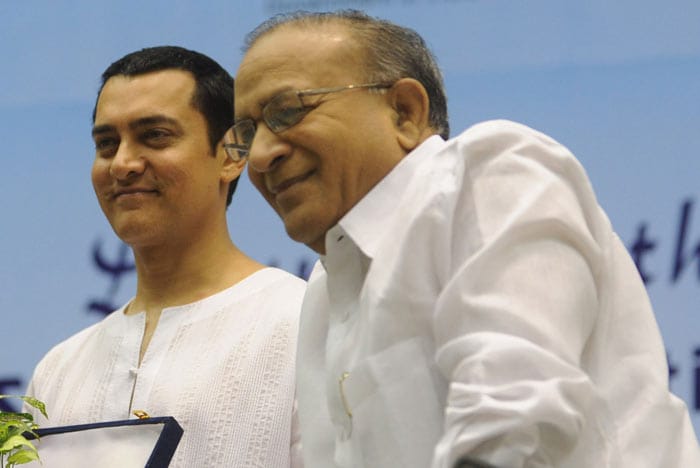 Urban Development Minister S. Jaipal Reddy, who was present at the event, said safe drinking water and sanitation were part of the millennium development goals and the government was striving to improve the situation. (Photo: AFP) 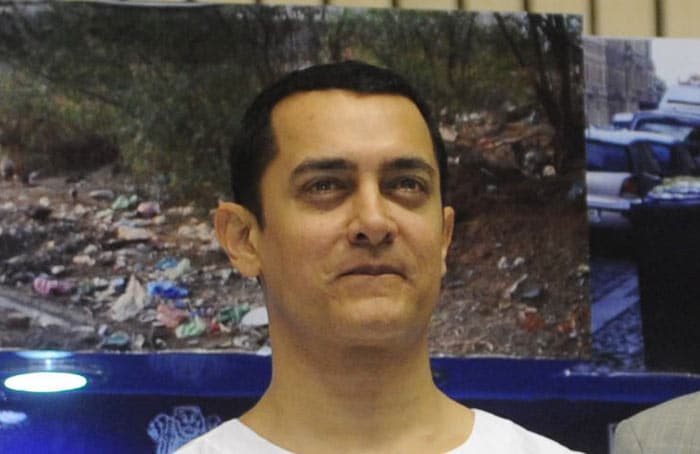 "With this initiative, we will create awareness about sanitation at the school level. Students are change agents and we are targeting them," Reddy said.

The initiative is a collaboration between the HRD ministry and the urban development ministry. It is estimated that 17 percent of the urban population in the country has no access to sanitation facilities, while 50-80 percent of the wastewater is disposed untreated. (Photo: AFP)