It's not uncommon for filmstars to fall in love on set. Many of Bollywood's greatest romances took place off camera – Rishi Kapoor and Neetu Singh, Dharmendra and Hema Malini and, of course, Aishwarya and Abhishek Bachchan. It's also not uncommon for one of the two stars involved to be already married. What happens then? Very few of these love stories have a happy ending like the married Dharmendra and Hema, who became his second wife. There's usually heartbreak for the ‘other' woman or man, and the erring spouse returns to the fold. These are some Bollywood marriages that have endured despite rumours of infidelity. 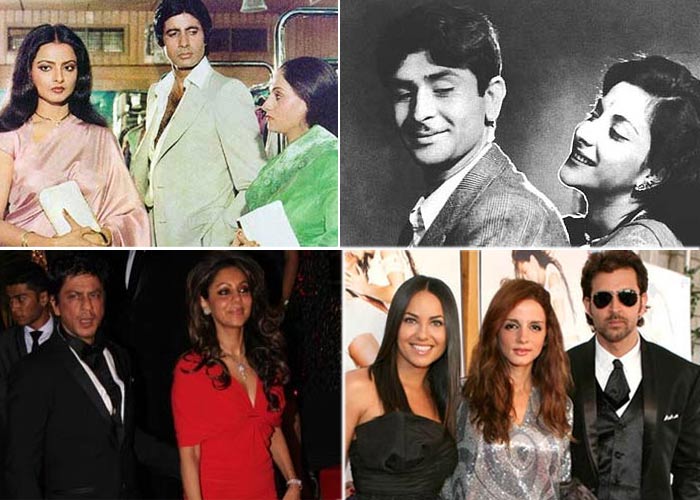 It's not uncommon for film stars to fall in love on set. Many of Bollywood's greatest romances took place off camera – Rishi Kapoor and Neetu Singh, Dharmendra and Hema Malini and, of course, Aishwarya and Abhishek Bachchan. It's also not uncommon for one of the two stars involved to be already married. What happens then? Very few of these love stories have a happy ending like the married Dharmendra and Hema, who became his second wife. There's usually heartbreak for the ‘other' woman or man, and the erring spouse returns to the fold. These are some Bollywood marriages that have endured despite rumours of infidelity. 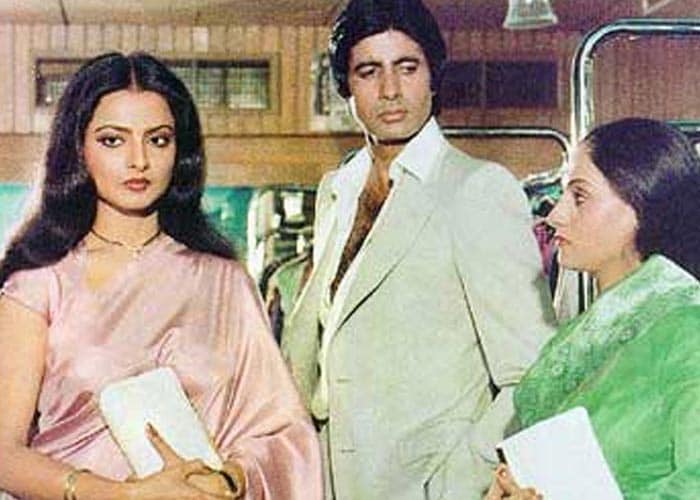 Amitabh and Jaya Bachchan: Possibly Bollywood's most famous couple that wasn't, Amitabh Bachchan and Rekha appeared in a series of hits including Do Anjaane, Mr Natwarlal in the 1970s. Their blazing on-screen chemistry was shadowed by rumours of an unacknowledged off-screen romance. The fabled romance came to an end in the filmiest of ways. Amitabh, wife Jaya and alleged paramour Rekha - acted together in Silsila (1981), a story that aped their purported real life triangle. Silsila was Amitabh and Rekha's last movie together, and the two have never exchanged a word in public since, as far as anyone can tell.

Recently Big B had said that he was ready to work with Rekha again: "Why not? Well, if someone comes to me with a good script, and I like it, I'd surely do a film with her."

But Big B and Jaya recently celebrated their 39th wedding anniversary on June 3. 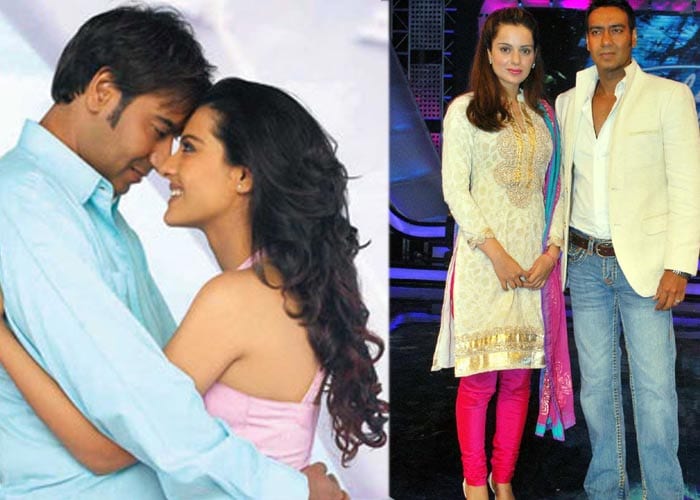 Ajay Devgn and Kajol: A certain Kangana Ranaut was rumoured to have been the cause of recent trouble in the Ajay-Kajol paradise.

According to a report published in a leading film magazine, action hero Ajay Devgn had a secret affair with his Once Upon a Time in Mumbaai co-star. Kajol, not a woman to take things meekly, was rumoured to have threatened to leave her husband and home. But the couple have apparently made up since then and all seems well now.

There were no visible cracks at Karan Johar's 40th birthday party on May 26, where the couple presented an united front. Kangana, also rumoured to have had an affair with the married Aditya Panscholi, is not on talking terms with Ajay any longer.

Ajay and Kajol, who starred together in films like Ishq and Hulchul, have been married since 1999. 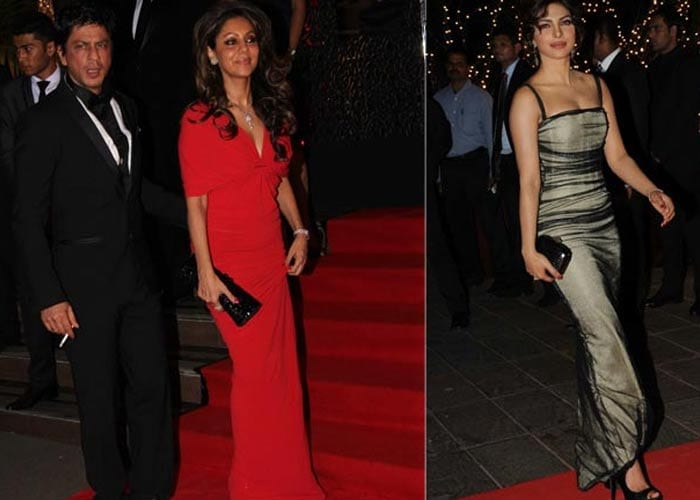 Shah Rukh and Gauri Khan: Ripples of shock went through the Bollywood grapevine when devoted family man Shah Rukh Khan was said to be getting all too close to his Don co-star Priyanka Chopra. SRK and Gauri have been married over 20 years and their real life romance had all the masala we've come to expect from the movies, with Gauri running away from Delhi to Mumbai and SRK finally tracking her down at a beach. Priyanka, a self-confessed SRK fan, was always spotted around the superstar - be it on the film sets or at award functions, leading to raised eyebrows and a reported anti-Priyanka campaign allegedly spearheaded by Gauri's friends.

But Gauri and SRK's relationship proved strong enough to stand up to the battering. Bridges were mended when Karan Johar invited Priyanka to his 40th birthday, reportedly after getting Mrs SRK's approval. We hear Gauri has also made it clear to her superstar husband that he is not to work with Priyanka again. 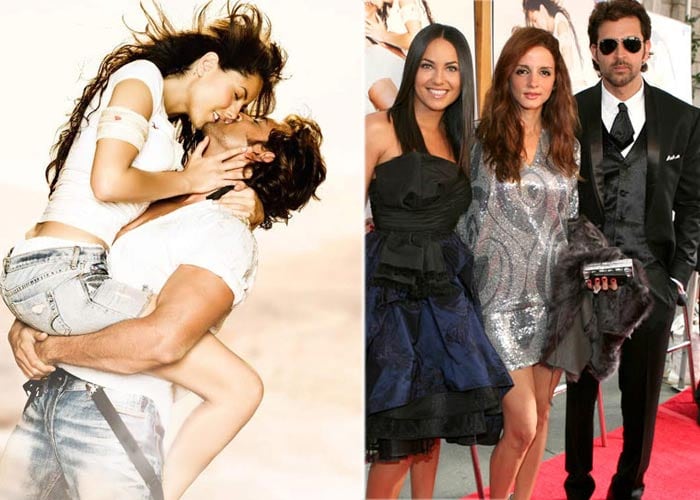 Hrithik and Sussanne Roshan: In another shocker, Bollywood hunk Hrithik Roshan was romantically linked to his Kites co-actor and Latino sensation Barbara Mori.

Reports suggested that Sussanne had left home with their two sons, Hrehaan and Hridhaan, after her husband went on a trip with Barbara and her family leaving his wife behind. But Hrithik reportedly apologised to his wife, who was then staying at her parents' home.

Hrithik, who married childhood sweetheart Sussanne in 2000, explained away the incident by claiming anti-termite work in his house had forced the family to move in with Sussanne's parents temporarily. The couple have been together for 12 years and Mrs Roshan, among the elite inner circle of star wives, is now always by her husband's side. 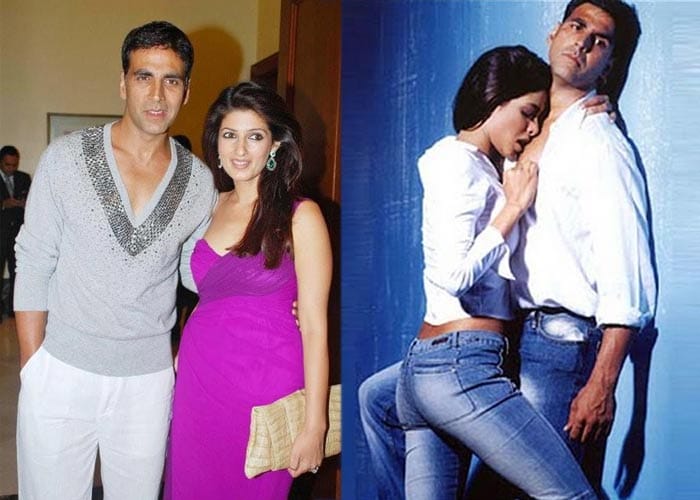 Akshay Kumar and Twinkle Khanna: Before SRK, there was Akshay and Priyanka Chopra. Akshay Kumar, a former ladies man before he married Twinkle Khanna, was rumoured to have had an affair with his Andaz co-star Priyanka.

The rumours were denied by both Akshay as well as Priyanka who said she was not a home-breaker. But despite appearing in hit films like Mujhse Shaadi Karogi and Waqt together, Akshay and Priyanka did not sign films together after the rumours surfaced.

Akshay and Twinkle are happily married now and are expecting their second child soon. 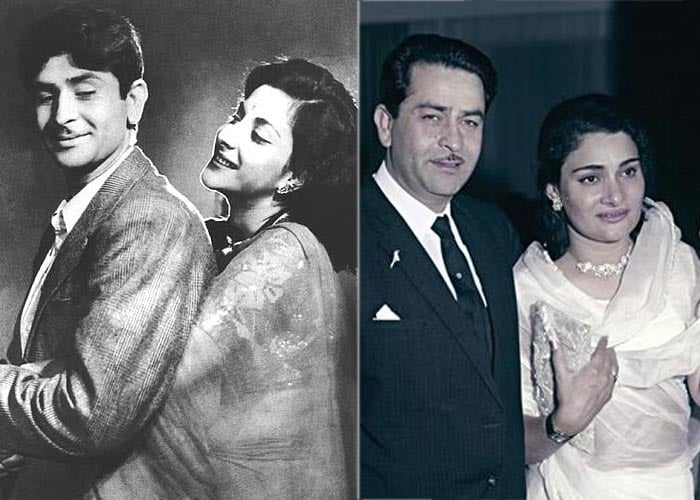 The Dutts, who's romance began when Sunil saved Nargis' life on the sets of Mother India, never spoke about the rumoured affair. In an interview in 2003, Sunil Dutt said : "I never knew there was a romance. The only thing I knew was that she came into my life. I was not concerned about her past." 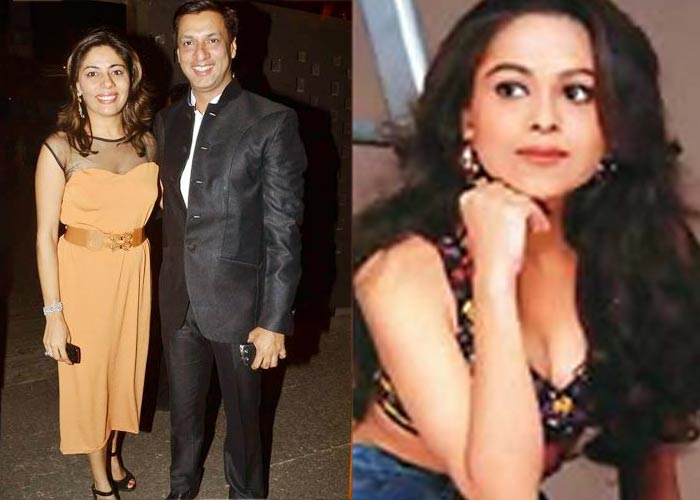 Madhur Bhandarkar and Renu Namboodiri: National Award winning director Madhur Bhandarkar won a personal victory on April 9, 2012 when the Supreme Court stayed criminal proceedings against him and issued notices to Preeti Jain, who had filed a case of rape against Mr Bhandarkar in July 2004.

Aspiring actress Preeti Jain created a sensation after she accused Madhur of rape after he allegedly promised her a lead role in his film in exchange for sexual favours.

Madhur, who married his girlfriend Renu Namboodiri in December 2003, never spoke about the incident. The two are very much together and have a daughter named Siddhi. Nagarjuna and Amala: On Koffee With Karan, actress Tabu candidly said: ”Men come and men go, but Nagarjuna stays.” She was referring to rumours about an affair between her and the Telugu superstar that have dogged both actors for years. The national award winning Tabu was even said to have turned down meaty roles in order to remain with Nagarjuna, her so-star of two films, and that she shifted home from Hyderabad to Mumbai only after the affair became public.

But the facts seem to prove otherwise. Nagarjuna and former actress Amala have remained married, since 1992. And Amala was spotted socialising with her so-called rival at the felicitation of veteran Telugu actor and Nagarjuna's father Akkineni Nageswara Rao. 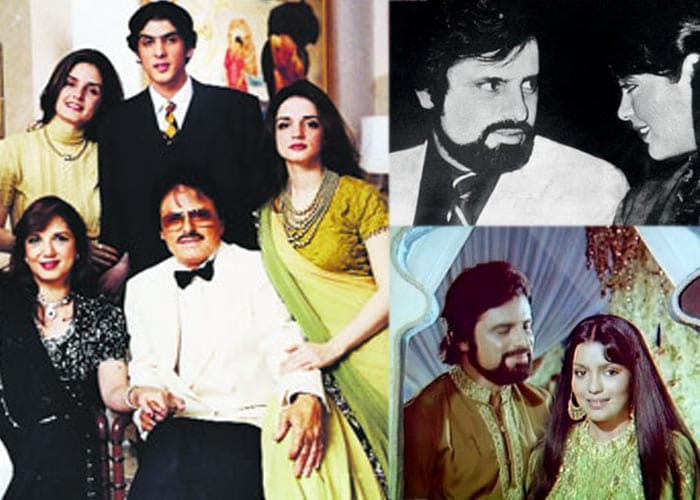 Sanjay and Zarine Khan: Sussanne, Farah and Zayed's father Sanjay Khan reportedly fell in love with co-star Zeenat Aman while they were shooting for Abdulla in Jaisalmer (1980). They were even reported to have been secretly married and living together. But this affair had a brutal ending. Sanjay's wife Zarine, not ready to give up her husband and the father of her three children, reportedly assaulted Zeenat at a party. Sanjay and Zarine allegedly hit the actress so hard that it permanently damaged Zeenat's eye.

On Rendezvous With Simi Garewal many years later, Sanjay Khan actually spoke about the mid-life crisis the couple faced. And he said on national TV: "I don't think I would have been the man I am, if she was not the woman she is. I was taken for granted by somebody else… there was no such thing from my side... there was no betrayal of trust." 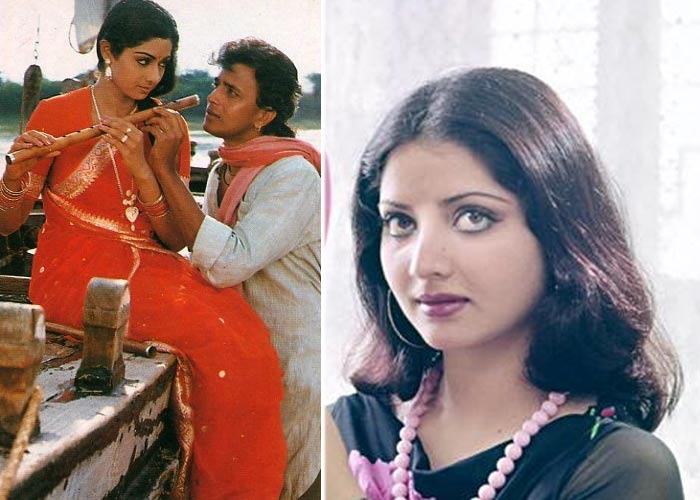 Mithun Chakraborty and Yogeeta Bali: The Mithun-Yogeeta love story was typically filmy, with the actress divorcing first husband Kishore Kumar to marry her Khwab co-star in 1979. Kishore Kumar then refused to sing for his younger rival, forcing music director Bappi Lahiri to sing for Mithun himself. The Mithun-Yogeeta marriage was shaken to it's foundation when he reportedly fell in love with, and allegedly secretly married, his Jaag Utha Insaan co-star, Sridevi. Amid a reported suicide attempt by Yogeeta Bali, Sridevi ended the relationship after she realized Mithun was still married to his first wife.

Mithun, who currently plays judge on Dance India Dance, is still married to Yogeeta and they have four children, including actor Mahaakshay.