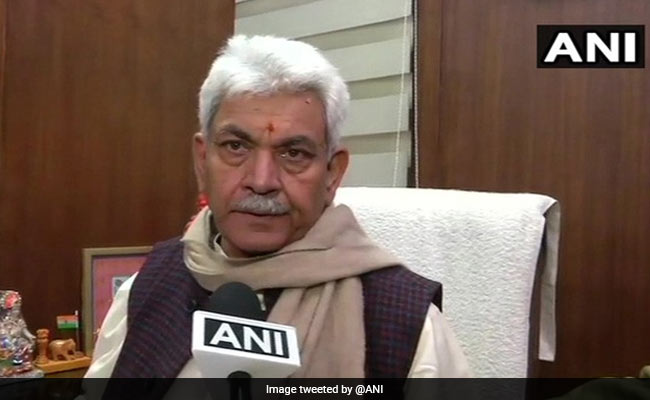 Manoj Sinha, a senior BJP leader and reportedly among the party's top choices for the post of Uttar Pradesh Chief Minister in 2017, is the new Lieutenant Governor of Jammu and Kashmir. The appointment was confirmed by the Rashtrapati Bhawan, hours after former IAS officer Girish Chandra Murmu tendered his resignation.

Elected to Lok Sabha in 1996 for the first time, Mr Sinha is the first politician to become Lieutenant Governor of the union territory of J&K.

The new appointment brings a political face to the top post exactly a year after the Centre's move to scrap special status to Jammu and Kashmir under Article 370 and turn it into two union territories. It is seen by many as New Delhi's willingness to restart the political process in the restive border region after a year of massive administrative changes.

Mr Sinha is a three-time Lok Sabha MP who was the Minister of State for Communication in 2016 when India made its largest spectrum sale in the first term of Prime Minister Narendra Modi. A civil engineering graduate, the 61-year-old was involved in tackling the menace of "call drops".

Mr Sinha is described by his party as an agriculturist who has been actively involved in working for the backward villages. He began his political career in 1982 when he was elected the President of the Banaras Hindu University Students Union. Born in Mohanpura area of Ghazipur district, east Uttar Pradesh, he was first elected to the Lok Sabha in 1999.

Highly-placed sources said Mr Sinha's predecessor, Mr Murmu, will likely replace Rajiv Mehrishi as the Comptroller and Auditor General (CAG). The post is expected to fall vacant this week when the bureaucrat turns 65.