"My Father Spent A Year's Salary On My Plane Ticket To US": Sundar Pichai

In his speech, Google CEO Sundar Pichai recalled his humble roots, highlighting the importance of staying positive in the face of difficulties. 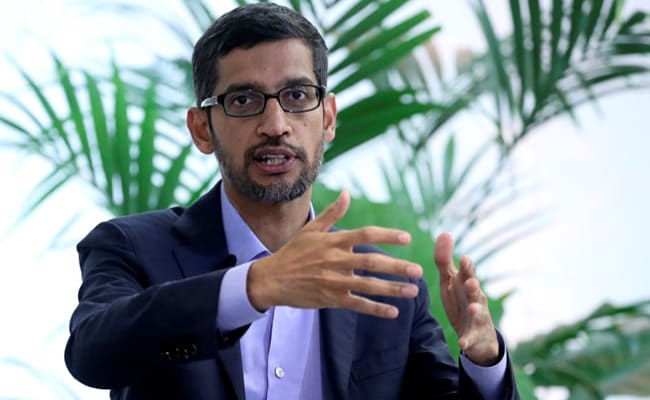 Sundar Pichai joined Google as a management executive in 2004. (FILE)

Amid the coronavirus pandemic, Google CEO Sundar Pichai had a special message for the graduating class of 2020: Be open, be impatient, be hopeful.

In his speech, the Google CEO recalled his humble roots, highlighting the importance of staying positive in the face of difficulties. The 47-year-old recounted the challenges he faced when he left India to pursue his studies at Stanford University in US.

"My father spent the equivalent of a year's salary on my plane ticket to the US so I could attend Stanford. It was my first time ever on a plane...America was expensive. A phone call back home was more than $2 a minute, and a backpack cost the same as my dad's monthly salary in India," he recounted.

The event, streamed on YouTube, was attended by former US President Barack Obama and former US First Lady Michelle Obama, singer and actress Lady Gaga, singer Beyonce and South Korean band BTS, among others.

Mr Pichai also drew a comparison between how he "grew up without much access to technology", and the children today who have access to "computers of all shapes and sizes".

"I grew up without much access to technology. We didn't get our first telephone till I was ten. I didn't have regular access to a computer until I came to America for graduate school. And, our television, when we finally got one, only had one channel," said the chief executive officer of Alphabet, the parent company of Google.

Sundar Pichai, who grew up in Chennai, began his career as a materials engineer and joined Google as a management executive in 2004. He rose to become the company's Product Chief and the CEO in 2015, as part of the restructuring process that turned Alphabet Inc. into Google's parent company.