Gwalior Railway Station canteen gutted, fire tenders were rushed to the spot and the situation was brought under control. 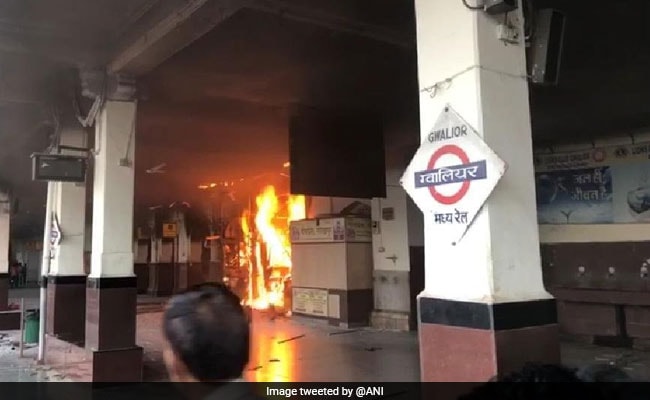 Investigation into the fire at the Gwalior railway station canteen is underway.

Fire broke out at the railway station canteen today, but no casualties have been reported so far.

“All material inside the canteen was gutted into the fire, however, no casualties occurred," officials said.

The fire broke out at the canteen situated on platform no. 1 of Gwalior Railway station.

“Prima facie short circuit was the cause of the fire,” officials added.

Fire tenders were rushed to the spot and the situation was brought under control.

Further investigation in the matter is underway.

Odisha Man Sentenced To Death For Rape, Murder Of 3-Year-Old