The huge python that weighed around 35 kilograms was found by the rescuers in one of the tea gardens of Nagaon district in Assam. 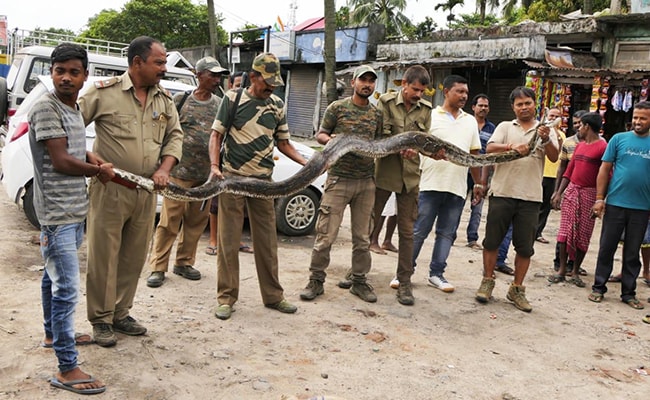 The python was rescued from one of the tea gardens in Assam.

A 14.4-feet-long python was rescued from Assam on Tuesday.

The huge python that weighed around 35 kilograms was found by the rescuers in one of the tea gardens of Nagaon district, nearly 100 km from state capital Dispur.

"With the help of a team of forest officials, we have rescued a python today. The python was safely brought out of the tea garden and was later released it in the nearby forest area," a wildlife activist told news agency ANI. 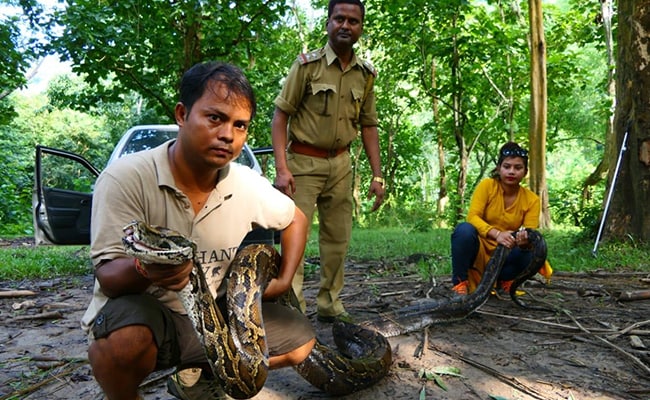 The huge python weighed around 35 kilograms.

On Monday, a seven-foot long python was rescued from Agra in Uttar Pradesh. A man saw the reptile crawling up the front wheel of his truck. While climbing up, it got intricately trapped in the chassis panel frames of the vehicle.

The man immediately alerted the police who got the reptile rescued by a team of local non-profit Wildlife SOS. It was later released into its natural habitat.

Woman, 2 Children With Her, Run Over By Train In Maharashtra: Police