What is it that makes Modi such a graceless person? The obvious answer is that he is a lotus that grew out of the muck that is the RSS. But that "obvious" answer does not satisfy me because I have known so many pracharaks-turned-politicians who are the epitome of good behavior. The obvious examples are Atal Behari Vajpayee and Lal Krishna Advani, both of whom were nurtured by the RSS, assiduously attended RSS shakhas, became boundless admirers of VD Savarkar and MS Golwalkar - and still remained gentlemen to the core.

That, I believe, was because they grew up in an era when Jawaharlal Nehru set the tone for public behavior. Although Vajpayee had held the coveted position of private secretary to Syama Prasad Mookerjee, the founder of the Bharatiya Jana Sangh, and was therefore quite as raucous a critic of Nehru as the next Jana Sanghi when Mookerjee died suddenly in a Kashmiri jail, the moment Vajpayee, at age 32, found himself elected to the Lok Sabha in 1957, Nehru began taking an avuncular interest in this talented young man. Instead of behaving towards the young Vajpayee as Modi behaves towards another young man, Rahul Gandhi, Nehru remarked to his colleagues that he saw in Vajpayee signs of a man who might well step into the Prime Minister's shoes one day and so included Vajpayee in the 1958 delegation to the UN General Assembly and personally instructed future Foreign Secretary, Maharaja Krishna Rasgotra, then a junior but promising officer in our Permanent Mission to the UN, to take Vajpayee around and introduce him to as many world leaders as he could. Can you see Modi doing anything similar to Rahul who in age is not all that far removed from the years that Vajpayee was to Nehru in the mid-50s?

Later, when the callow 36-year old Rajya Sabha MP, Atal Behari Vajpayee, called on Nehru with all four of his parliamentary colleagues on October 26 1962, bang in the middle of the Chinese invasion of India, Nehru readily agreed to Vajpayee's demand that parliament be summoned to debate the political background to the war and the on-going war operations. To get the present PM to agree to a No-Confidence debate that he was bound to win with his brute majority has taken the washing out of the entire budget session of parliament to bring about.

Let us move 25 years forward to the mid-80s when a much younger Rajiv Gandhi was in the PM's chair and Vajpayee, at the 1984 elections, had been cast out to the wilderness along with almost all his party colleagues. Karan Thapar's memoirs, just published, recount Vajpayee telling Karan that Rajiv learned that Atal-ji was suffering from a kidney problem. He immediately sought the details from Vajpayee and suggested that Vajpayee join the Indian delegation to that year's UN General Assembly to get his medical problems attended to by the best possible doctors in the world. If Vajpayee today is lying inert but alive, it probably owes a great deal to Rajiv having extended a genuine helping hand to an unyielding political opponent who, on return from New York, played a key role in ending Rajiv's premiership. 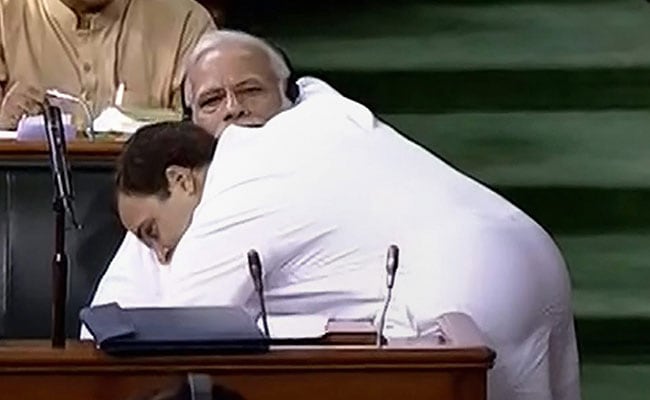 The story continues to another Nehru acolyte, PV Narasimha Rao's reign. Not only did PV ensure that VP Singh, who betrayed his benefactor to become PM (before losing the post in under a year), get the best possible international treatment for his repeated dialysis till the end of his life, but PV also sought out Vajpayee to accompany his Minister of State (who was Salman Khurshid) to Geneva to take on and worst the Pakistanis in the UN Human Rights sub-commission. That is the way political opponents are treated in a democracy - not berated when they seek to make clear that however harsh the expression on the floor of the House, there is no personal ill-will involved in political criticism.

My own little tale about Vajpayee relates to my standing to his right at a Rashtrapati Bhawan banquet in honour of Yasser Arafat so that Atal-ji could  shake Arafat's hand before I did. Embarrassingly, Arafat strode directly to the other end of Ashoka Hall obliging us to turnaround and form a queue to walk past the chief guest to be introduced to him. This meant Vajpayee would be behind me. So, I courteously stepped aside and requested my senior to come ahead of me in the queue. He laughed and, referring to a nasty comment I had passed about Murli Manohar Joshi, the BJP president at the time, being the "Hindu Jinnah", Atal-ji self-deprecatingly explained, "No, no, stay where you are, for, after all, who am I but a follower of a Hindu Jinnah!" Is Modi capable of such humility or humour?

Let us turn now to Advani, who I had repeatedly denounced for his Rath Yatra that I called a "chariot of fire". Within months of my first election to the Lok Sabha in 1991, we were constituted as a two-member parliamentary delegation to an international conference on democracy at the European Parliament in Strasbourg. My wife accompanied us and while I went to the rear of the aircraft to see a film (that in those far-off days was screened for all to see, not, as now, on individual video screens), Advani-ji came up to my wife, seated himself next to her and talked to her for the long duration of the film. When the film ended, I got an earful from my wife saying, "He is such a nice man, and you say such awful things about him, now behave yourself". Chagrined, I started treating Advani-ji with due deference and discovered that as a strict vegetarian who know no French, it fell to me to use my considerable familiarity with the French language to protect Advani-ji from the assaults on his dietary preferences by well-meaning but somewhat bewildered French waitresses who knew less about vegetarianism than they knew of the Upanishads! At the end of our sojourn in Strasbourg, I had to confess my wife was right and, notwithstanding his continued drive to demolish the Babri Masjid, he really was quite a "nice" man. 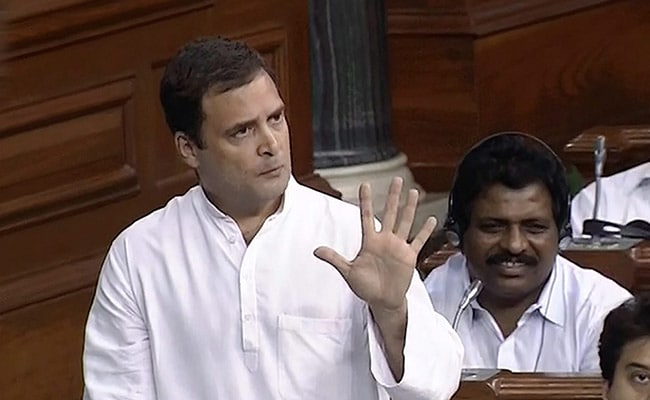 When the barbaric demolition actually took place, I was unsparing in my damning him, but when he became Deputy Prime Minister and Home Minister and I heard a rumor that he was being pressed to reverse my renaming of Connaught Place as Rajiv Chowk, he reassured me that he had put a stop to such mean acts of petty vengeance. If Rajiv Chowk today is the busiest metro hub in Delhi, the credit must surely go to Advani-ji who, as a man and a minister, rose above personal prejudice. And perhaps the credit should also be shared with Nehru who taught all his generation, young and old, how decency could be combined with partisan party politics in a parliamentary democracy. Alas, Modi belongs to a later and coarser generation.

So, it cannot be the RSS background that explains Modi's grossness that stands in such sharp contrast to the civilized demeanour of such dedicated opponents of the Congress as Vajpayee and Advani. The only explanation I can find for Modi's behavior is that he is a post-Independence child who was only 14 when Nehru died and so missed the magic of the moment when we became a democracy. Its institutions and its values mean nothing to him. He has grown with little exposure to the manner and mien of the cut-and-thrust of parliamentary mores that constituted the political ethos of his predecessors from Lal Bahadur Shastri to Indira Gandhi through Morarji, Charan Singh, and Rajiv to VP Singh, Chandra Shekhar, Deve Gowda, Inder Gujral, Vajpayee (thrice) and Manmohan Singh - all of whom grew to political maturity and high political office under the influence of the greatest Prime Minister of them all, Jawaharlal Nehru. Modi can't even take Nehru's name without spitting it out.

Hence his denigration of a gesture aimed at indicating that in a democracy we have opponents not enemies, that we do not have to harbour hatred in our hearts against those with whom we do not agree. Modi-Shah do not understand that. They operate in a milieu of hatred and revenge, with no quarter asked and none given. That was so nakedly on display in Modi's reply to the No-Confidence debate and again at the BJP's Shahjahanpur rally next day. Clearly, Modi has learnt nothing from my continuing suspension from my party for calling him "a low kind of person".