Remember playing 'Passing the pillow' as kids? Remember the unbearable tension involved as the pillow was thrown from one lap to the next, in case the music stopped, and you were the duffer still hanging on to the pillow? In adult life, the game changed its name, but the rules remained the same - it was rechristened 'Passing the buck'. If the buck stopped with you, the fun was over. Politicians and gangsters are experts when it comes to buck-passing, as we are seeing in the strange case of Vikas Dubey and the encounter that left him dead. In Mumbai, we are used to looking for movie/showbiz references in real life, which is why we are wondering why those who are involved in this drama couldn't have hired a more competent script-writer. This reads worse than a C-grade crime thriller from the 70s. It would be insulting to the makers of the current web series Paatal Lok to compare them with the tawdry narrative of the Vikas Dubey saga. I mean, look at how ludicrous it sounds! No self-respecting audience would spend a paisa on this mess. When life tries to imitate art, at least do it with more finesses, boss! 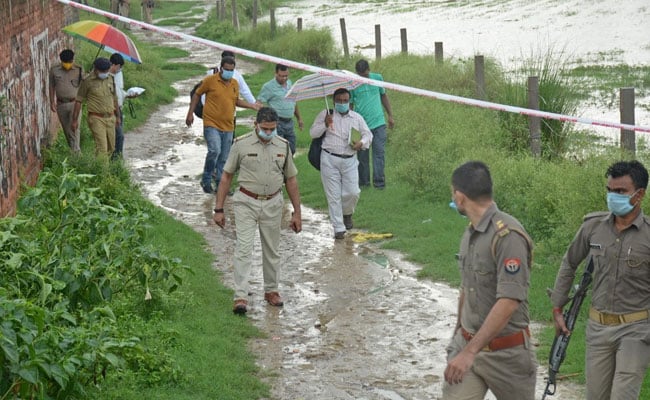 Gangster Vikas Dubey was killed while trying to escape after a road accident, said the Uttar Pradesh police

My favourite cinematic moment from the story is the rehearsed heroism of Constable Vijay Rathore, who 'slapped' the back of the gangster's head when the criminal had the audacity to bellow, "Main Vikas Dubey, Kanpur-wala" before being arrested outside the Mahakal temple in Ujjain. This is a delicious detail, especially when you know the constable is a Covid-19 survivor. Combine that with Dubey shooting a selfie video while performing an aarti ahead of his arrest, and one can easily visualize the taalis such a scene would generate from the audience in a cinema theatre. Constable Vijay Rathore will be played by Akshay Kumar, who may already be driving to Ujjain and beyond to sign on the main players of this bloody saga. The title will be announced shortly, though I think Kanpurwala is most apt and catchy. 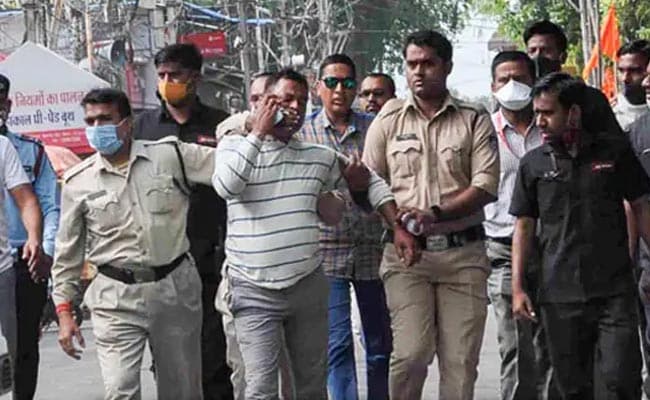 Mumbai is accustomed to gangsters and Bhais and Netas and Chelas, carrying on their businesses aaram se, cheek by jowl. That nexus is a bit too old hat now, and everyone looks the other way when the topic comes up. The Kanpurwala story has enough masala to entice a jaded and bored viewer, but only if the script is rewritten. At the moment, it is so unconvincing, even the Bollywood factory would laugh at the loopholes. It's not a credibility gap any longer - it is a credibility chasm. Here's a man called Vikas Dubey, hanging around with several VVIPs, who seem entirely comfortable in his presence while posing for pictures which appear idhar udhar. One can say, arrey bhaiyya, you are talking about the Wild, Wild West. Yup, indeed we are. Uttar Pradesh could give Mexico a complex. It is the state that has produced the maximum number of dodgy characters - so many of them in government. It is the perfect setting for men like Vikas Dubey to flourish in - after all, what use is a henchman if he can't deliver lolly and bodies? He has been at it for years. His whereabouts were not a state secret. Despite all aspects of his life being in the public domain, nobody, but nobody, did a thing about his criminal activities. And yes - couldn't locate him, either! 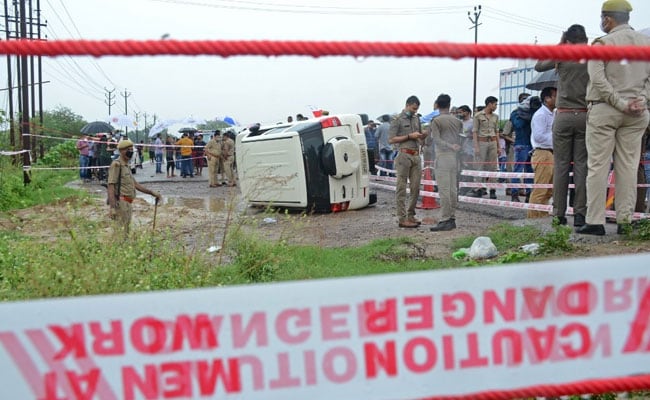 Till last week, when an important setting obviously went wrong, and some foolish neta/bureaucrat decided to go after him. Who got screwed? Sardar...kitney aadmi the? Who was the biggie who got double crossed and decided to fix Dubey? We know the rest - the ambush and gunning down of eight cops, etc. Uske baad? The administration woke up and said, "Hey, let's go and raze that badmaash's bungalow to the ground...bring on the bulldozers...let's have some fun crashing those expensive SUV's. It will look great on television; Rohit Shetty may get inspired by the footage." Mission accomplished. But the criminal was on the run, and driving across four state lines, without anybody stopping him. Hota hai. Particularly if the climax has been fixed in another state, so as to let the gangster's home state look less lawless. What better than an ancient temple for the 'made-for-prime-time' arrest to happen? All the props were in place - aartiwali thali, prasad, a shady informer and energetic cops who had their moves and lines down pat. Hey Bhagwan, dialogue writer bulao, jaldi.

Vikas Dubey, in his 50s, had over 60 criminal cases against him, including murder, kidnapping and extortion

Vikas Dubey wanted to put Kanpur on the map. I'm certain of that. He sure as hell succeeded. He also knew the sequence of the scenes that were to be shot once he got into the police van and was being driven away. The media-walas were stopped from following the caravan - which was such an obvious giveaway! I want to know which stunt director was hired for the job - he should be instantly fired! Come on, overturn the van theek se, make it look semi-credible. When Vikas makes a run for it, shoot the 'escape' in slo-mo. This was very bakwas and most amateurish. No aerial shots, no special effects, no drones and no background score! We were hoping the freeze shot would be a close up of Uttar Pradesh Chief Minister Yogi Adityanath feigning shock at the news of Vikas Dubey's bloody end. Daaaayuuuum. I'm feeling cheated. Can we do a few retakes, please?

Now for the movie!

Opinion: Has The War Made China Even More Important?