The Importance Of Being Shubman Gill - by Mukul Kesavan

Is Shubman Gill for real? After his cameos in the Melbourne Test, I called clued-up cricketing friends for a reality check. Was he, in fact, the best desi prospect since Tendulkar? Or even, touch wood, the most highly finished debutant in whites since Sunil Gavaskar took guard at the Queen's Park Oval half a century ago? Or was I dreaming?

He had, after all, been dropped twice while making 45 in the first innings and the fluent 35 not out in the second could be put down to the confidence that chasing a small winning total brings. Even Joe Burns, the hapless Australian opener, looked the part while scoring a fifty in his second innings in Adelaide when Australia had set off in pursuit of a paltry 89. Had I been carried away by a pretty technique and perfect teeth?

I can report that the consensus is that Gill is the goods. There has been whispered excitement about him for a couple of years now, but it was constrained by the usual 'can he keep this up at the highest level' caveat that haunts all cricket prodigies. Starc, Cummins, Hazlewood and Lyon, as good an attack as any Australia has fielded this century, will testify that he can.

Gill is gasp-inducing for two reasons: the rate at which he scores runs and the style in which he scores them. Of the eighty runs he scored at Melbourne, sixty of them came off fifteen boundaries, eight fours in the first innings and seven in the second. By way of comparison, Ajinkya Rahane, batting as fluently as he has done in years, struck 12 boundaries while scoring nearly three times as many runs as Gill did in the first innings. The other batsmen managed ten boundaries between them. Gill's strike rate for the match was nearly 80. 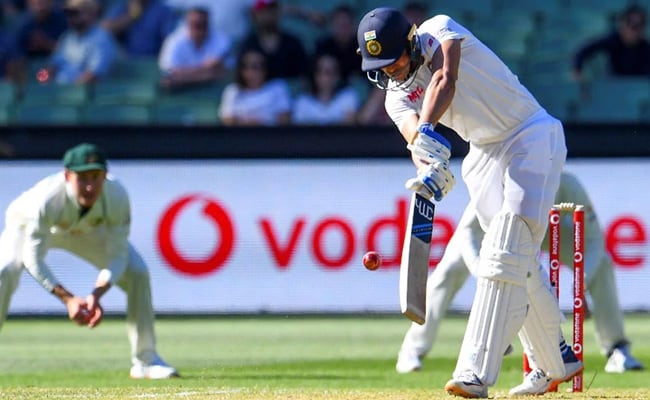 This is derived from two relatively small scores in one match but a little light digging into Gill's first-class record will show that over forty innings, he has a strike rate just under 75 in the service of a batting average just under 70. This is rampaging on a Sehwagian scale, only conducted in such a well-bred way that it doesn't feel like carnage.

Which brings us to the way Gill plays. Gill is to stroke-play what Pixar is to full motion, hyper-realist animation: his batting seems to happen at 48 frames a second instead of the customary 24. The preternatural smoothness of his stroke-production, the absence of hurried or spasmodic motion, the refusal of flourish, suggests to the spectator, a pared-back classicist with time to spare.

How he achieves these effects is not something that enthusiasts like us are likely to understand, but that impression of unhurried poise is what marked him out from the other 21 batsmen on view in Melbourne. This is not the only way to be a masterful batsman - Steve Smith has shown us, right through a great, maverick career, his zombie brand of twitch and spasm genius - but because it has an obvious relationship with orthodoxy, the uncanny grace and economy with which the classical prescriptions are performed, is immediately recognizable. It's the cue for us, enthralled tamashbeen that we are, to go 'wah!'

There was an upright backfoot force, played backward of point, off Hazlewood's bowling that reminded some people of Tendulkar. Australians, inevitably, searched for and found an ancestor in Laxman. Gavaskar, who knows something about opening the batting, felt Gill should drop down to number five for the next Test because his technique suggested that he was a middle order batsman, not an opener. He probably had the precedent of Laxman in mind, who was made to open till he found his natural niche in the middle order. 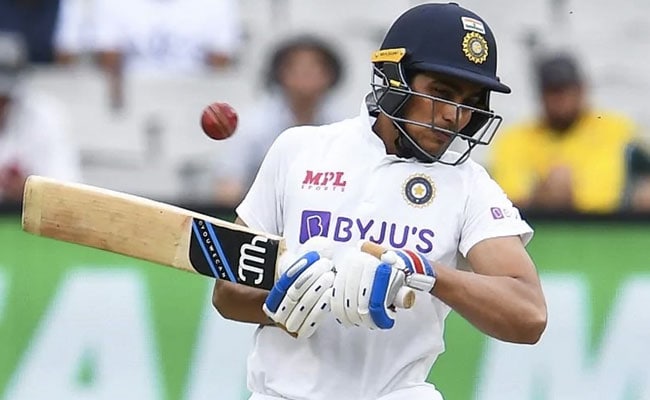 Gavaskar, arguably the greatest Test batsman India has produced, has long maintained that an opener's dharma is self-denial. The willingness to give the first hour to the bowler, to leave everything outside the off stump by default, defined Gavaskar's batsmanship even though he played every shot in the book. He can see that Gill is not that kind of batsman. Gill's default mode is to play every ball he faces. On at least four occasions that I can remember, he met short of a length balls outside his off stump with a diagonal bat, just to knock them down defensively. It was as if he was looking to cut or square drive off the back foot, then decided not to, but still wanted to feel bat on ball.

Gill was cut in half and dropped off an inside edge before nicking a catch to slip, trying to play a drive he could have avoided, so Gavaskar has a point; but regardless of which position Gill eventually occupies, the interesting thing about him is how secure he looks despite the frequency of his shot-making. Even the time he seemed to start to duck, then changed his mind and short-armed a hook shot, it didn't seem involuntary: he seemed to have the time to deftly tonk the ball into an unmanned space.

It's worth making an obvious point: Gill scored these runs against fast bowlers who had flattened India for 36 in the previous match by moving the ball both ways at unplayable speeds. On the face of it, the 'can he do his stuff in a Test match' question has been answered. His second innings, which should find immortality on YouTube as the ultimate batting cameo, was played against Cummins, Hazlewood and Starc, ranked first, fifth and seventh, respectively, in ICC's list of the best ten bowlers in the world currently.

In the course of scoring 35 at nearly a run a ball, his sequence of boundaries went like this: he cover-drove Cummins, then drove Starc through straight mid-off, forced him to square third man, guided him through slips, edged Cummins through the same area, pulled Hazlewood through mid-wicket and then drove Labuschagne through mid-on to finish up. In between times he produced defensive shots off the back foot to the fast men and played forward, bat welded to pad, to Lyon, with the composed solidity that is the stuff of coaching dreams. Wasim Jaffer has properly reproached pundits for reflexively comparing Gill to past immortals; they should be careful not to hail Gill as the new Tendulkar or Laxman, but it can be said with some confidence that he isn't the new Graeme Hick.

Batting aside, Gill's presence might signal a significant aesthetic shift. It'll be a nice irony if the ascension of a clean-shaven Sikh ends the trend of Kohli-bearded clones. In the meanwhile, cricket's spectators can look forward to the unlikely sight of a young Cary Grant walking out to open for India.