Barely 15 months before Gujarat is meant to choose its next government, Vijay Rupani resigned today as Chief Minister; so did his cabinet. They got the memo from the BJP high command.

"Operation Gandhinagar" as it is being called in Gujarat was handled by B L Santosh, the powerful BJP General Secretary (Organization) and union minister Bhupender Yadav; both are presently meeting MLAs in Gujarat. Santosh met Rupani last night in Gandhinagar and asked him to quit. Home Minister Amit Shah also met Rupani on his recent trip to Gandhinagar. According to sources, Shah conveyed to Rupani that he was unable to back him anymore.

Authoritative sources in the BJP told me that the prime reason for the removal of Rupani, 65, was the Prime Minister's anger at his mishandling of the second vicious wave of the pandemic. Rupani, a protege of Amit Shah, was catapulted to the top job in 2016; his serial Covid missteps in the PM's home state reportedly had the PM seriously upset. 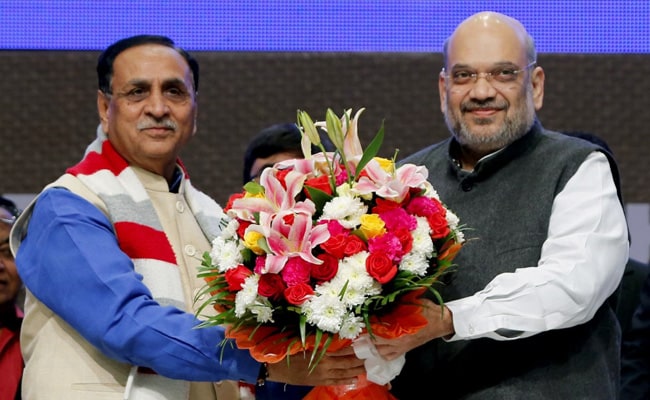 The Gujarat High Court had in May, 2020 castigated the Rupani administration for the "alarming number of deaths in Ahmedabad hospitals". A senior BJP leader now in contention for the Chief Minister's position says, "Rupani showed a complete lack of focus in handling the pandemic, even in containment zones. Shah repeatedly reached out to him asking him to act better and faster, but Rupani seemed overwhelmed by the crisis.

The background to the Rupani exit is also the fact that he seemed to be unable to come to grips with handling the Gujarat administration even after five years in office. Senior officials and MLAs compared him unfavourably to the PM, who, as the state's three-time Chief Minister, had an iron grip on the administration; even his successor, Anandiben Patel, who is currently the Governor of Uttar Pradesh was seen as more in control.

Significantly, Amit Shah had forced her removal as Chief Minister; Rupani took over from her. Amit Shah had a long rivalry with Anandiben Patel, dating back to when they were both in the Modi cabinet in Gujarat. Rupani was his choice and now is the fall guy for the Covid chaos. MLAs and officials also claim that Rupani's family, especially his wife Anjali Rupani, were seen as interfering in the administration including through calling up officials directly. These "Super CM" stories did not go down well with the PM. 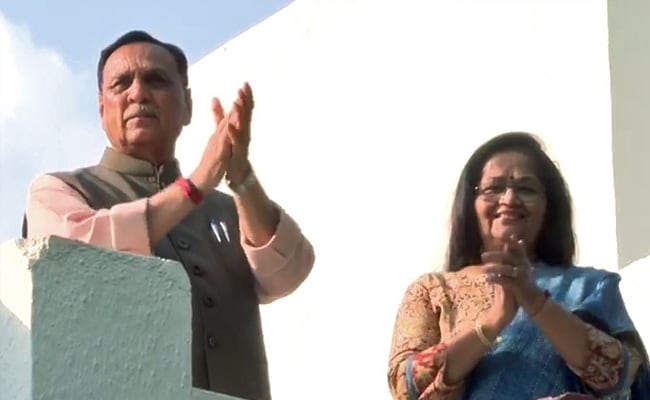 Those privy to the prepping for today's whole-scale culling of the Rupani government believe the action will allow the BJP to deflect anti-incumbency and shore up governance in its citadel of Gujarat before the election, which the party reportedly wants to approach with a "fresh young face" and a new team.

Gandhinagar BJP circles believe that that Mansukh Mandaviya, Union Health Minister and a firm Modi favourite, will replace Rupani. But ahead of a possible Third Wave, a change in the Health portfolio could be seen as detrimental. That, and the fact that Mandaviya is a Rajya Sabha MP and will have to be elected to the assembly may keep him tethered to Delhi.

Significantly, Modi with this hard reset in Gujarat seems to have firmly taken back the political and electoral reins in Gujarat. The PM may spring a total political surprise as the new Gujarat Chief Minister as he likes to keep opponents and the media guessing. 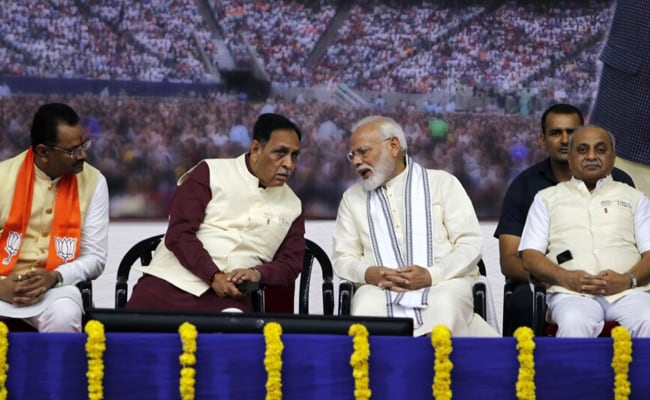 In 2017, the BJP formed the government in Gujarat for the sixth straight time with 99 seats. The Congress gave it a scare as they won 77 seats.That election had been billed as a thanksgiving for Modi by Shah but Modi's own appraisal of the state saw him increasing his campaign visits to his home state, where he made emotional appeals to voters. Since then, as is so often the case with the Congress, it has lost the momentum it had gained and is now in complete disarray in Gujarat.

Rupani's exit continues the exercise of power by Modi and Shah in removing Chief Ministers they see as problematic or liabilities - in Uttarakhand, Tirath Singh Rawat, who took office in March, was replaced by Pushkar Singh Dhami in July.

Karnataka saw the tempestuous B S Yediyurappa make way for B Bommai. More proof, if it were needed, that Modi-Shah are perma-focused on elections.

Opinion: The "Thank You" Postcard Campaign For PM Modi