London Point Of View: Give Back Kohinoor? Fat Chance!

Let's make one thing crystal clear. The Kohinoor diamond isn't going anywhere. In cases of contested ownership, possession is nine-tenths of the law. And what's more, however dodgy Britain's case - and there are plenty a lot more questionable - no government is going to handover, in the most literal of meanings, the jewel in its crown.

So - sorry! This outsize diamond will be staying where it is. Set in a royal crown, and on display to the millions of tourists (not many Brits bother to go there these days) who troop around the Tower of London.

The Indian government knows this, of course. It has for entirely political reasons decided to set aside the statement of its own Solicitor General, who came to the perfectly reasonable conclusion that India has no claim on the diamond because it had been "neither stolen nor forcibly taken by British rulers". The demand for the return of the Kohinoor is not based on international law, but on a sentiment that the former imperial power should not be able to hang on to its ill-gotten Indian baubles.

That sense of patriotism and national pride which fuels demands for the repatriation of the diamond also explains why it's not going to happen. If this were some lesser gem, then just possibly it might get handed over, not as an act of reparation but as a gesture of goodwill. But the thought of prising the prize diamond off the Queen Mother's Crown and parcelling it up for return to - to who exactly? - well, you can see why no UK government is going to be quite that reckless. 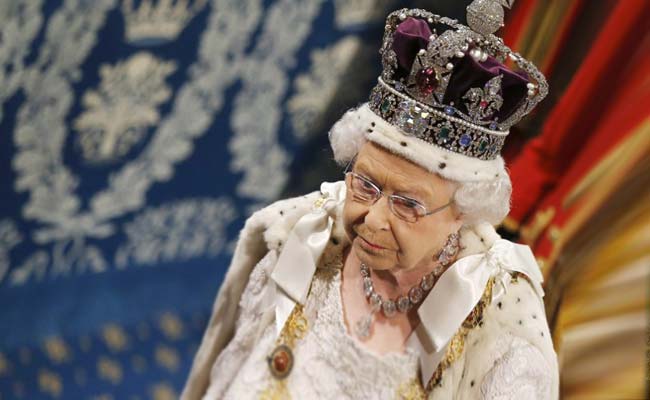 It's not that the British public is all that attached to the Kohinoor. Indeed, most people have little idea what it is - an exotic name more associated with an Indian takeaway on the high street, perhaps, than a large diamond. But waving goodbye to the most celebrated of the crown jewels would be seen as a national humiliation. And particularly just at this moment - when Britain is feeling a little fragile about its place in the European Union and indeed the world - it would unleash a fury of nationalist sentiment.

Successive British governments have made their position clear on the Kohinoor. "If you say yes to one [request] you suddenly find the British Museum would be empty," Prime Minister David Cameron said in an interview to NDTV while visiting India a few years back. "I'm afraid it's going to have to stay put."

That points to another reason why the Kohinoor is staying where it is. There are many museum artefacts where the case for keeping them in Britain is a lot shakier. Greece has for decades been demanding the return from the British Museum of the Elgin marbles - and with good reason. These are a huge array of sculptures and friezes - extending to an astonishing seventy-five metres - that originally graced the Parthenon and other buildings on the Acropolis in ancient Athens. 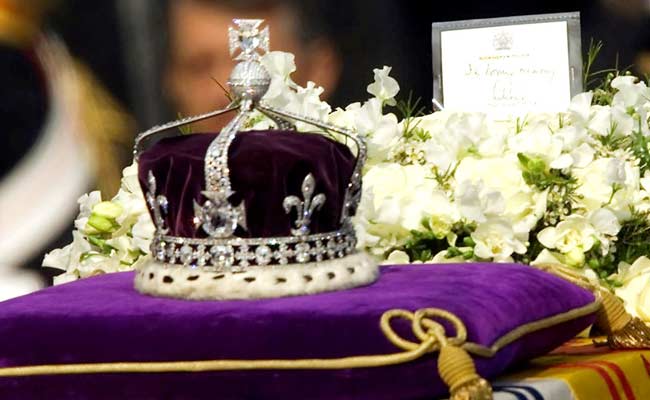 While the Kohinoor changed hands through the provisions of a treaty - the 1849 Treaty of Lahore - the Earl of Elgin relied on a distinctly dubious legal document to remove about half of the surviving sculpture and stonework from this remarkable site of antiquities. It's difficult to argue that a diamond needs to be seen in a particular location or context; it is difficult to argue that the Elgin marbles are better off hundreds of miles from their original location rather than amid the buildings they decorated with such distinction.

If ever the Kohinoor was to head back to India, the Greek government would be apoplectic with anger that their vastly stronger case for the return of the Parthenon marbles had not been met.

Some British museums have agreed to requests to repatriate items in their care - particularly human remains and sacred objects. But there is a real determination that blanket "return to country of origin" demands should be resisted.

There is of course a wider issue here. Imperialism was wrong, and so too were the assumptions of racial, cultural and religious superiority which underpinned it. That's beyond question. But we can't simply wipe the globe clean of uncomfortable episodes in our shared past.

Occasionally, legacies of the past which aggravate a continuing wound - the official flying of the Confederate flag in the southern states of the US for example - need to be remedied or removed. But that is a rare instance. And it hardly applies in the case of the Kohinoor.

(Andrew Whitehead, a former BBC Delhi correspondent, is an honorary professor at the University of Nottingham and at Queen Mary, University of London.)