Will May 23 Arrest The Dangerous Godse Phenomenon?

The most important truth about Nathuram Godse is that he was not just a person who was hanged for his crime on November 15, 1949, but that Godse is a thought, just as Mahatma Gandhi, whom he assassinated on January 30, 1948, is also a thought, albeit an infinitely more important thought, for the future of India and humanity.

The end, make no mistake, is to make India a Hindu Rashtra. And the means to reach that end is to remove, violently if deemed necessary, any hurdle or person that comes in the way.

And because Godse connotes not just a person who is dead but a phenomenon that is alive, he continues to inspire those who believe that the end justifies the means. Therefore, it should not surprise us in the least that Pragya Thakur called Godse a "deshbhakt", a patriot.

In her own way, she is right. The word 'deshbhakt' has two components - desh (nation) and bhakt (a person who is devoted to his nation, and is even prepared to sacrifice his life for it.) Godse lived for, and sacrificed his life for, the Idea of the Indian Nation that he believed in. It's just that the Idea of the Indian Nation that the Mahatma had devoted his life for, and was ready to die for, was diametrically different from Godse's. Both lived at a time when India was unfree, and was on the verge of becoming a free nation. However, there were three key differences that set them apart. 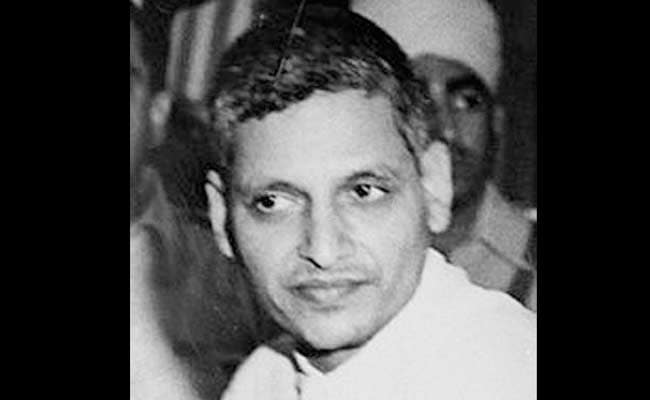 Nathuram Godse has been dragged into the election debate with Pragya Thakur's controversial comments.

First, Gandhi wanted free India to become what it has always been throughout its millennial existence - as a land that is home to, and equally respects, all faiths. The fact that some fanatical invaders, rulers and preachers sought to establish the rule of one particular religion and one particular culture, and make the adherents of other faiths subservient, is an aberration in India's history. They never succeeded in their effort for long. India rejected them, defeated them, and ultimately integrated them into its own national ideal and impulse which we now call secularism.

Godse, in contrast, wanted free India to become a Hindu Rashtra, with Hindutva (and not secularism) as its organising and energising principle. Gandhi's ideal of Hindu-Muslim unity was anathema to him, just as it continues to be anathema to the votaries of Hindu Rashtra even now.

Second, the thought that Godse represented, and the people who believed in that thought, had played very little role in the struggle for India's freedom. On the other hand, the struggle was principally guided by Gandhi's thought and action in its final three decades. India's freedom movement became a mass movement only under Gandhi's saint-like leadership. Bringing up this irrefutable fact in any discussion on India's modern history continues even today to rile and anger those who believe that India should have become, and should still be transformed into, a Hindu Nation. Hence, their constant effort to co-opt martyrs and heroes of the freedom movement into their own pantheon. For example, they make Bhagat Singh their hero, never mind that he stood for Hindu-Muslim-Sikh unity, and was influenced by the socialistic ideas of Marx and Lenin. Sardar Patel, a great Congress leader and Mahatma's disciple, becomes their hero, never mind that it was Patel as free India's first Home Minister who imposed a ban on the RSS immediately after Godse assassinated Gandhi. 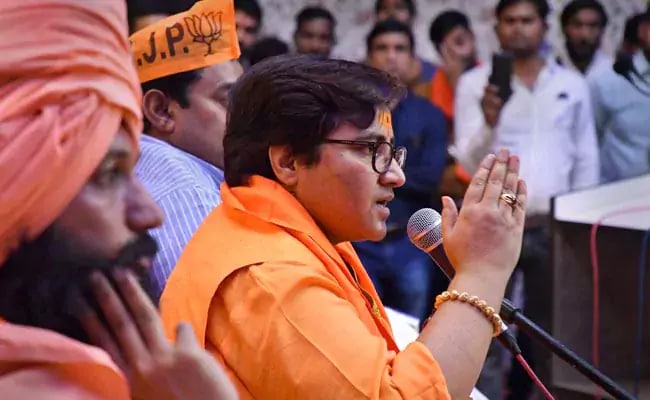 Now, the third seminal difference. Gandhi firmly believed that the end, howsoever noble and necessary, does not justify the means if the means happen to be ignoble and impure. Since he was a lifelong votary of Satya (Truth) and Ahimsa (Non-violence), he was uncompromising in his rejection of violent means to achieve even the goal that was so dear to his heart - freedom of India from British rule. Godse, in contrast, believed that Gandhi's no-compromise stand on violence had made the Hindu community weak. He further believed that Gandhi's non-compromising stand on Hindu-Muslim unity (which he termed as "Muslim appeasement") had disarmed the Hindu community and helped Muslims become more aggressive in their demands, including the demand for Pakistan. Thus, according to him, these twin Gandhian principles - non-violence and Hindu-Muslim unity - were responsible for India's partition and for the destruction of his dream of Akhand Bharat. Indeed, he says all this in his statement before the court explaining why he killed Gandhi.

In my secondary school years (in a small taluka town, Athani, in north Karnataka), I used to hear from some fellow students who used to go to the RSS shakha (their parents were highly committed RSS volunteers) that their favourite book was Gandhi Hatya Ani Me by Gopal Godse, Nathuram'syounger brother. This book in Marathi (ours is a border town near Maharashtra, where both Kannada and Marathi are spoken) is an account by Gopal, who was an accomplice in the assassination plot, of why they came to the conclusion that Gandhi must be eliminated from the Indian scene. (Gopal was sentenced to 18 years of imprisonment for his role in the assassination.) The admiration for Godse was not openly expressed those days (mainly because the RSS and the Bharatiya Jana Sangh, the previous incarnation of the BJP, were not as strong in Karnataka and the rest of India as they are today). Nevertheless, in private conversations, praise for Godse and hatred for Gandhi used to be voiced with a vehemence that unnerved me in my school years. 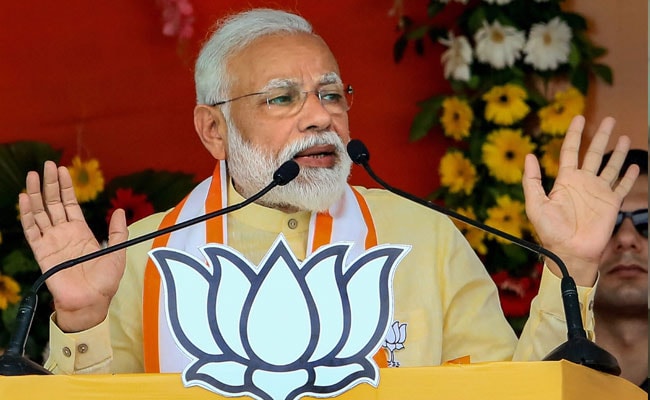 PM Modi had said he would never forgive those who insult Mahatma Gandhi.

Those voices are now becoming mainstream, thanks to Narendra Modi's five years, when the votaries of Hindutva and Hindu Rashtra have felt emboldened like never before. Even though Modi has sought to do some damage control with his disapproval of Pragya Thakur's eulogy for Nathuram Godse ("I will never be able to forgive them for insulting Bapu"), he has left ample room for unbiased people to suspect his genuineness. Didn't Modi know Pragya's background? Didn't he know that she is accused in a heinous terrorist crime? Why did he permit her entry into his party? Why did he publicly justify his party's decision to make her its candidate for the Lok Sabha election from Bhopal? Why didn't he condemn her when she called Hemant Karkare, the chief of the anti-terror squad in Maharashtra and one of the martyrs in the horrific 26/11 terrorist attacks in Mumbai, a "deshdrohi" (traitor)? Why didn't Modi as prime minister publicly reprimand several leading figures in the BJP, including some ministers in his government, for making egregious statements on Gandhi and Muslims? And does he have the moral courage to ask her to resign in case she wins the election?

Modi knows as well as most Indians that the apology expressed by Pragya for praising Godse is insincere and fake. But this does not surprise people since many of Modi's own utterances, during this election campaign and before, have come to be regarded as fake.

Actually, Pragya Thakur and the likes of her in the BJP are only a part of the Godse phenomenon. To a lesser or greater degree, admiration for Godse and antipathy for Gandhi is quite deep and widespread in the Sangh Parivar. To be truthful, I must mention here that, over the past few decades, many people in the RSS and BJP have revised their understanding of the Mahatma and come to accept the greatness of his life and philosophy on several counts. Not all in the Sangh Parivar have sympathy for Godse. They assert that the RSS was absolved by the judicial commission that probed Gandhiji's assassination. They also point out that Godse had quit the RSS well before he conspired to kill the Mahatma. Nevertheless, it is equally true that their views and voices represent a mute minority in their ideological family.

If the BJP wins another decisive mandate in 2019, which is unlikely, the Godse phenomenon will undoubtedly gain menacing momentum.