Kejriwal (Still) Being Punished For Defeating Modi - By Yashwant Sinha

An unprecedented crisis has overtaken the National Capital Territory of Delhi. And it is not merely the sheet of dust. This will vanish when the rains come, but the other crisis will not go away that easily.

The Chief Minister of Delhi, along with his three senior-most cabinet colleagues, is sitting on dharna at the Lieutenant Governor's office for the last six days and an end to this crisis is not in sight.

The Aam Aadmi Party was elected to power by the people of Delhi with an unprecedented mandate. It secured 67 of 70 seats in the assembly in the elections held in 2015. The problems relating to governance started soon thereafter. Not that it was the first time when two different political dispensations were in power in the National Capital Territory in Delhi and in the Government of India. Yet, there was the spirit of democratic accommodation on both sides which prevented it from spilling over into the open.

The governance of the NCT of Delhi is entrusted to a diarchy, the elected government and the government of India-appointed LG. Yet, the powers are very clearly defined. The constitution of India provided for only two types of territory in the country, territories of states and territories of the Union. While the territories of the states were to be governed by elected state governments, the territories of the Union were to be governed by an Administrator. Delhi was granted special status by inserting Article 239AA in part VIII of the constitution through the 69th Constitutional Amendment Act of 1991. With the insertion of this Article specific to Delhi, Article 239 ceased to apply to the state of Delhi. Article 239AA specifically provides for a legislative assembly, bestows it with legislative powers and enjoins upon the Lieutenant Governor to act on the aid and advice of the Council of Ministers.

Entries 1, 2 and 18 were kept out of the preview of the Delhi Assembly which relate to public order, police and land. There is a separate provision for resolving difference of opinion between the LG and the minister in charge of a department, according to which the matter would be first referred to the council of ministers and, if the difference still persists, to the President of India. 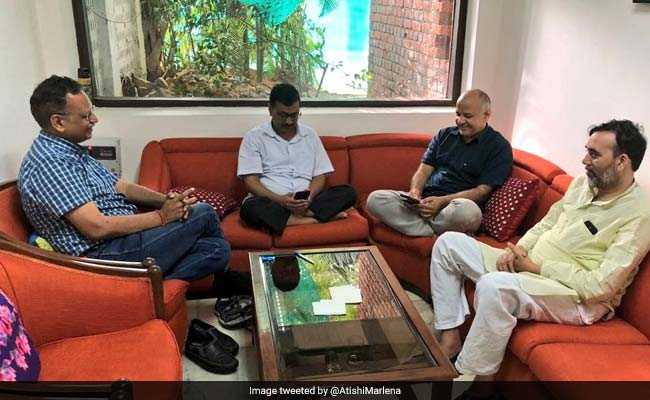 The Aam Aadmi Party was elected to power by the people of Delhi with an unprecedented mandate.

The constitutional arrangement, envisaged by the amendment of 1991, was illegally and fundamentally altered by the Government of India by its notification dated May 21, 2015, soon after the AAP government assumed office. The centre took complete control of "Services" in the NCT of Delhi on spurious grounds by placing it in the same category as public order, police and land. The elected AAP government thus lost all control over all "Services" within its jurisdiction, including class IV services. So, if a minister asks a peon to carry a file from one room to another and the peon refuses to do so, there is nothing a minister can do to discipline him. This notification has reduced the elected government of Delhi to a joke.

What happened to the Chief Secretary of Delhi at the midnight meeting at the residence of the Chief Minister was most unfortunate. Spats between civil servants and politicians are not unknown and the issue should have been resolved immediately, instead of allowing it to fester for five months. Now it has assumed the dimension of a full-scale trade union type agitation by civil servants which has created the present untenable situation. A criminal case has been filed and it is under investigation by the Delhi police. Should we not wait for its outcome?

Diarchy is a flawed system of governance, yet it had worked reasonably satisfactorily until the advent of the Aam Aadmi Party government led by Arvind Kejriwal. The reason for this is not far to seek. The BJP was comprehensively defeated during the assembly elections. It could win only threw seats in a house of 70. Prime Minister Modi was the face of the party in this election. Thus, the message of the Delhi election was that Prime Minister Modi had lost the election to Kejriwal in the National Capital Territory of India. An Atal Bihari Vajpayee would have taken it more maturely and shown statesmanship as indeed he did when the Congress party won the election in Delhi in 1998. 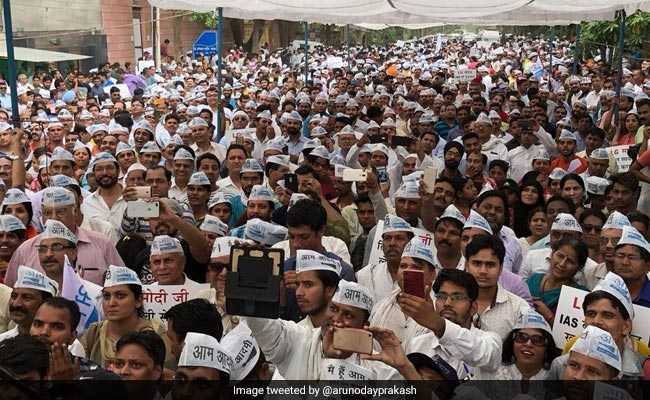 Diarchy is a flawed system of governance, yet it had worked reasonably satisfactorily until the advent of the Aam Aadmi Party government led by Arvind Kejriwal.

On the other hand, the present government of India retaliated by issuing the notification of May 21, 2015, which maimed and disabled the Delhi government of the Aam Aadmi Party completely. The option available to it was either to continue enjoying the perks of office, but not its powers, or go down fighting. They have chosen to fight.

The immediate issue can and should be resolved by the government of India immediately. The Home Minister should call a meeting of the LG, the Chief Minister and the Chief Secretary of Delhi and resolve the issue of the non-cooperation by the bureaucracy with the elected government of Delhi without any further loss of time. In fact, he should have done it day before yesterday. Statesmanship also demands that the notification of May 21, 2015, should be withdrawn without waiting for the verdict of the Supreme Court. No government can work effectively with tools over which it has no control.

But what is the long-term solution? The first is full statehood for Delhi which has been consistently expounded by the BJP and the Congress party. But there are some Doubting Thomases who think that the governance of the national capital should remain with the central government at least partially. This is the reason why, when Delhi was given special status with its own legislature, public order, police and land were kept outside its purview and vested in the Lieutenant Governor. This arrangement has now failed. A compromise formula therefore would be for the central government to retain full control over the area within the jurisdiction of the New Delhi Municipal Corporation and administer it directly as a Union Territory with its own Administrator. The rest of the National Capital Territory should be constituted into a full-fledged state of Delhi with all the powers of a state government. We have the Chandigarh model to go by. New York hosts the United Nations, which is like a world government, yet the entire administration of New York including the police is with the mayor of New York.

Institutions are what people make of them. When the people fail, it is the strength of the institution which must sustain it.

Kejriwal is paying the price for having defeated Modi in February 2015.

Promoted
Listen to the latest songs, only on JioSaavn.com
Yashwant Sinha, former BJP leader, was Minister of Finance (1998-2002) and Minister of External Affairs (2002-2004)