After Akhlaq's Murder, The Rampant Injustice Rages On In Dadri

Today, in many parts of India, the symbolic victory of good over evil will be played out. The Prime Minister has said that this is a "special Vijay Dashami," interpreted to mean a reference to the surgical strikes carried out across the Line of Control about 10 days ago. But this is also an occasion for every Indian to measure the actual balance of force between good and evil in social relations which impact the lives of ordinary citizens. Recent incidents raise serious concerns about the increasing power of the forces of darkness.

Hardly a year after the dreadful killing of Mohammed Akhlaq in Dadri, just a stone's throw away from the capital, tension erupted last week and could have led to the most serious consequences.

The Noida administration diffused a dangerously developing tense situation in the sensitive Bisada village in Dadri after the death of Ravi Sisodia, an accused in the Mohammed Akhlaq lynching case, while he was in judicial custody. The tragic death of a young man - Ravi was just 22- in circumstances in which the official version of medical causes is disputed most definitely warrants a high-level independent inquiry. The demand for compensation for his death is also justified. The acceptance of these demands by the administration persuaded the family to cremate his body.

But the incident shows how, at the ground level, those who justified the killing of Akhlaq in the name of cow protection and who again backed the outrageous aggressive attempts to falsely implicate family members of Akhlaq for slaughtering a cow are determined to keep the issue alive from a totally communal angle for political benefit. It also reflects the continuing weakness of the administration to deal with trouble-makers in time. 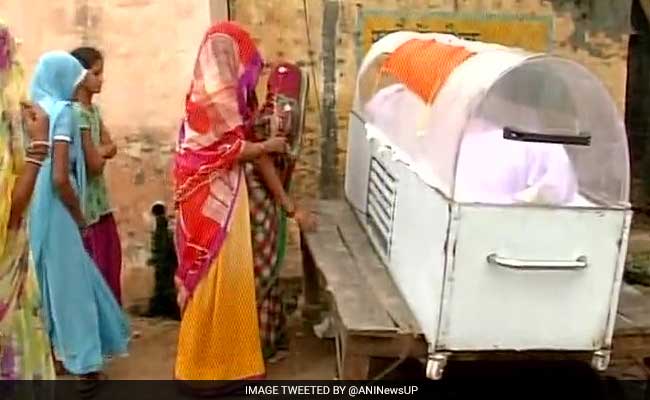 Before the death of Ravi Sisodia, shakhas in the area had already started mobilizing to put pressure on the administration following press reports that after a detailed investigation, the police had not found any evidence at all to implicate Akhlaq's family of killing a cow with plans to eat it. The investigation was necessitated by a court order which had accepted a totally motivated petition that accused Akhlaq's family, and specifically his brother Jan Muhammed, of calf slaughter. Hate speech expert Sadhvi Prachi appeared in the local mandir and sat on a hunger strike demanding the arrest of Akhlaq's brother. She was joined by family members of those accused of murdering Akhlaq, who was beaten to death by a mob after the temple's loudspeakers were used to announce beef was being cooked in his home. The most provocative speeches were made. Public support was limited, but at that time, the administration did not act.

The situation changed after the death of Sisodia. The shakhas manipulated the natural sympathy aroused in the village by his death to push their agenda of polarizing the community. Leaders of the BJP from neighbouring villages arrived ostensibly to express sympathy but according to those present, it was they who took over the protest.

The national flag was draped on the casket which held Sisodia's body, an honour reserved for those killed in the line of duty while defending the nation or for those who have performed extraordinary service to the country. What was the message sought to be conveyed? It was said that in the numerous speeches made, mainly by non- residents of the village, that Sisodia had performed a national duty and was martyred in the service of the holy cow. Thus, an accused in a case of a brutal lynching of a man because he was a Muslim, an easy target for the so- called Gau Rakshaks, was accorded the honour of the country's flag.

Of course there is a law which punishes in differing degrees those guilty of denigrating the national flag, but that is used very selectively on trivial grounds. It is common now for the national flag to be held in demonstrations that are anti- Dalit in nature or held by those who recite abusive slogans against minorities. Unfortunately, even while the administration expresses helplessness in such situations, the courts, which think it is perfectly justified to accept petitions which are so clearly a bunch of lies such as the one filed against Akhlaq's family, or who take suo moto notice of something as minor as  a traffic jam, prefer to look the other way when incidents abhorrent to national sense, such as the draping of the national flag on an under trial prisoner's body take place, even though it was widely reported by the media. 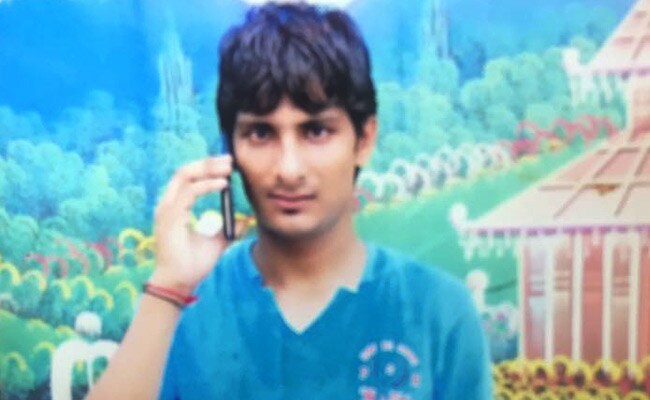 The most objectionable demand raised was for the immediate arrest of Jan Muhammad. In an earlier column, details of the absurdity of the charges against him had been given. The police have not found a shred of evidence against him. It is inexplicable why the final report has not been filed before the court. But in any case, to add this demand, which had no connection with the death of Ravi Sisodia, actually exposed the plans of the shakha brigade to use the death as another trigger for communal polarisation even as the date for elections in Uttar Pradesh draw nearer. Even today, the sadhvi remains in the mandir, pushing her hate-filled agenda.

Around the same time as the Bisada incidents, Nawazuddin Siddiqui, the brilliant Hindi cinema actor, was being prevented by the ideological twin of the shakhas from performing in the local Ram Lila because he is a Muslim. Budhana is his hometown and even though he reportedly had the support of most of its residents, a handful of crazed Shiv Sainiks succeeded in bullying the organisers to prevent his performance. Budhana was in the news before the last Lok Sabha elections when residents of nearby villages in the district of Muzaffarnagar escaped to find shelter after the terrible communal violence against the minority community egged on by top leaders of the Sangh Parivar. This too is a national shame. In Gujarat, at a garba performance, shakha members were sprinkling cow urine on performersin their own words to prevent Muslims from participating. Yet another example of irrationality are the threats and attacks on Pakistani cultural artists including actors. They are in the country legally with valid visas as many of their counterparts here have pointed out. Yet organizations like Raj Thackeray's MNS openly make ugly threats against Indian film stars or directors who oppose a ban on their working in India and no action is taken against them.

Whether in Gujarat, Maharashtra or UP, the cultures of hate spawned in the laboratories of the Sangh Parivar and exported to all corners of the country with state patronage mock at the image of India as a tolerant ancient civilization. Fortunately, the majority of Indians do not subscribe to such thinking.