Opinion: Wake-Up Call For Both Muslim Leaders And BJP Government

The barbaric killing of tailor Kanhaiya Lal in Udaipur by two Muslim extremists has shocked the nation. There can be no ifs and buts about this gruesome killing, no rationalization, no defense, no justification. The two butchers not only slashed him to death in broad daylight for expressing support for Nupur Sharma, but later posted a video taking pride in what they did. They have been arrested, and deserve the severest punishment under the law.

There are also reports - now being investigated by the National Investigation Agency - of another murder in Amravati of a chemist, who like Kanhaiya Lal, expressed support for BJP spokesperson Nupur Sharma. Anger is running high. The Udaipur killers were attacked by an outraged mob when they were produced by the police in court yesterday.

It is essential to establish whether this dastardly crime was a random act or a symptom of a qualitatively different and much more serious entry of Islamic terror into India. Thus far, Al Qaeda, a multi-national, Islamic extremist jihadist organization founded in 1988 by Osama bin Laden, has hardly had any direct presence in India. Some Kashmiri groups have identified with it, but there is no evidence - at least in the public realm - of any organized footprint of the group in the country. Specifically, there is no record of territorial claims, group activity, or kidnapping of civilian or government officials by Al Qaeda. 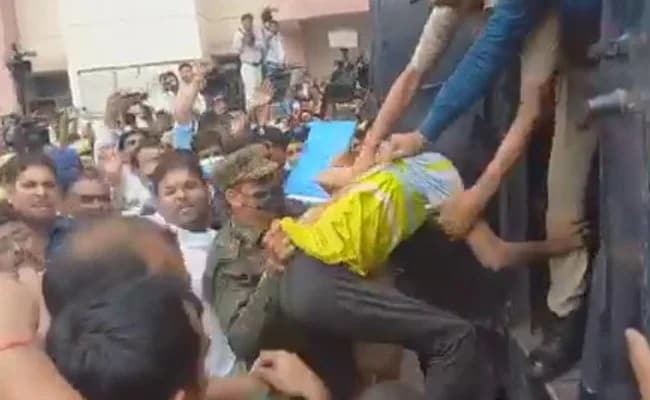 The Udaipur killers were attacked by an outraged mob when they were produced by the police in court yesterday.

However, on June 7, AQIS, a sub-group of Al Qaeda focused on the sub-continent, threatened suicide attacks in Gujarat, Uttar Pradesh, Mumbai and Delhi to "fight for the dignity of our Prophet", in response to Nupur Sharma's remarks. In addition to Al Qaeda, there is ISIS - Islamic State of Iraq and Syria - which although almost defeated in its own region, is still alive and retains the ambition of establishing an Islamic Caliphate in the world through force and terror. The heinous killing of Kanhaiya Lal was ominously similar to the kind of killings ISIS specializes in. It sets a new threshold of barbarism whose origins and planning must be thoroughly investigated.

Preliminary reports coming in from the Special Investigation Team set up by the Rajasthan government seem to suggest that one of the accused, Mohammad Riyas Ansari, was in contact with Pakistan-based terror groups, such as the Dawat-e-Islam, and had surfed ISIS videos. The other accused had gone to Nepal twice, had contacts in Dubai, and was also in touch with terror groups abroad. It is appropriate then that the central government has dubbed this killing a terror incident, and deployed the National Investigation Agency to probe the possibility of international terrorism in the murder. It is unfortunate that greater police protection was denied to Kanhaiya Lal even when he brought it to the notice of the local police that he was receiving death threats. To counter international religious terrorism, better policing and intelligence-gathering is essential.

The likelihood of organized Islamic terror with extra-territorial sponsorship entering India is a very serious development with unforeseen consequences, and must be nipped in the bud on a war footing. Members of our Muslim community are a key element in this endeavour. Any likely suspects who have become or are becoming radicalized and appear to be in touch with foreign terrorist organisations must be exposed. The government must keep a close watch on extremist Islamic organizations in the country, and those pursuing a policy of religious terrorism should be banned.

Any attempt to tarnish the entire Muslim community for this heinous act must be vigorously opposed. But a new responsibility does sit on our Muslim leaders. They have unconditionally condemned this killing and so have leading Muslim organizations like the Jamiat Ulama-i-Hind and the All India Muslim Personal Law Board (AIMPLB). What is essential now is for these leaders and organizations to interact more substantially with the quam, the Muslim community. Unfortunately, the AIMPLB, which presents itself as the leading body of Muslim public opinion, is highly conservative, tending to reinforce the grip of hardline Muslim elements on the community. For instance, the AIMPLB was against the banning of the regressive triple talaq practice, opposes the Right of Children for Free and Compulsory Education, and supports the regressive and exclusionist Madrasa system. Many Muslim leaders have occupied high Constitutional posts, but have not always used this platform to reach out to the wider Muslim community, and encourage more modern, liberal and pro-change thinking within it. 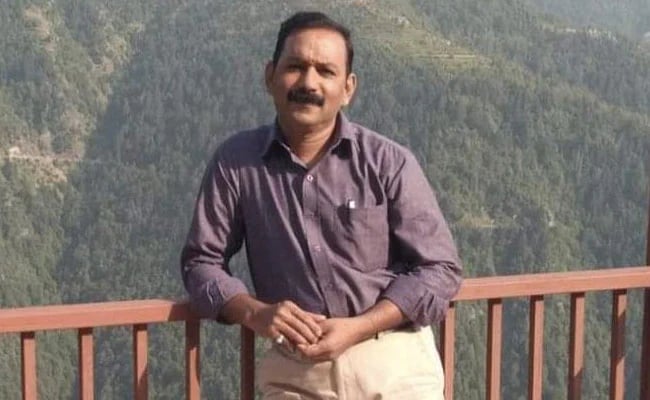 Nothing will please international Islamicist terror groups more than India dissembling into endemic and violent religious strife. This has to be prevented at any cost. A huge responsibility, therefore, sits on the government, and the ruling party, the BJP. The policies of aggressive Hindutva and Islamophobia they have encouraged and nurtured creates the most fertile ground for the spread of religious terror. The Supreme Court has in its observations linked the incendiary remarks by Nupur Sharma to the Udaipur tragedy.  It has also asked why the Delhi Police has not yet arrested her. Organizations like the Bajrang Dal and others within the Sangh Parivar are clearly out of control, and have become used to taking the law in their own hands under the benign eye of BJP governments, both at the center and in states. The so-called Dharma Sansad in Haridwar made a public call for the genocide of Muslims.

The BJP-RSS and the government must seriously introspect on where this myopic bigotry will lead India. Majoritarian agendas may lead to short-term political dividends, but are a guarantee for long-term national pain. Ultimately, this fratricidal war puts at risk the very unity of our nation. A nation at war with itself will suffer economic consequences too, including in terms of foreign investment. The reaction of West Asian countries, a source of foreign investment, where some eight million NRI's live, and where much of our oil comes from, is there for all to see. When a deliberate policy of religious hatred becomes the handmaiden of politics, it is common citizens, be they Hindu or Muslim or of any other community, who suffer the most. The country badly needs the restoration of sanity.

Opinion: What's Chipping Away At The Nitish Kumar-BJP Alliance