The garden is home to Monkshood, Rhododendrons and Ricin, which according to the Guinness Book of World Records is the world's most poisonous plant. 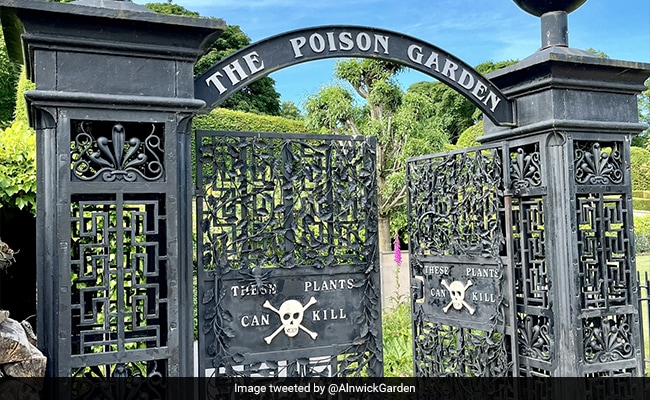 The Poison Garden has over 100 varieties of dangerous plants.

The infinite content pool called social media is full of stuff that's informative, shocking as well as scary. Users keep posting their creative ideas and those they receive on other platforms on Twitter and various other social media channels.

One photo from England is shocking the internet these days. It shows the 'World's Deadliest Garden', which has over 100 varieties of dangerous plants. The photo surfaced on Twitter on June 25 and since then has been going viral.

Walk beyond the gates for your guided tour to learn not everything is as it seems in a quaint English Garden. Tours are included with Garden Entry, just ask our friendly guides! 🌱 pic.twitter.com/bD5fOKJVxH

The Poison Garden is situated in Alnwick, in England's Northumberland county.

There is a huge iron gate at the entrance of the garden where visitors are explicitly told not to stop and smell the flowers. According to garden authorities, nearly 600,000 people visit the garden annually, and are allowed to only undertake guided tours.

But despite the warnings, some people end up fainting by inhaling toxic fumes from these lethal plants.

Apart from tourists, botanists from across the world also visit the garden to see poisonous plants like Monkshood, Rhododendrons and Wolf's Bane. It is also home to Ricin, commonly known as Castor Bean plant, which according to the Guinness Book of World Records is the world's most poisonous plant.

About The Poison Garden

Smithsonian Magazine said in an article that the garden was envisioned by Jane Percy, the Duchess of Northumberland, in 2005.

After visiting the infamous Medici poison garden, the duchess became enthralled with the idea of creating a garden of plants that could kill instead of heal. Another visit to the archeological site of the largest hospital in Scotland reinforced her interest in creating a garden of lethal plants, the Smithsonian Magazine report said.

The BBC said in a report that the duchess hired Jacques Wirtz, the landscape architect who conceptualised the French Tuileries, to transform the Christmas trees-laden stretch into something unconventional.