Woman Tries To Enter House Through Chimney, Gets Stuck 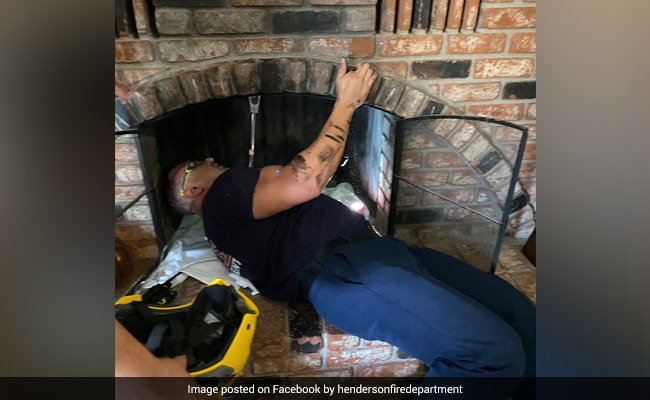 Firefighters in the US were tasked with the rescue of a woman stuck in a chimney.

We are all guilty of sometimes rushing out of our homes without our keys, only to realise this once we are locked out of the house several hours later. While the more responsible ones among us may be carrying a spare key, many of us are forced to call for help while making a mental note to never make this mistake again. But when a woman in Nevada found herself locked out of her house, she decided to not go down the traditional path of trying to get hold of a spare key or calling the locksmith. Instead, she came up with the plan of entering the home through the chimney.

The entry idea, which seems to be inspired by a wizard series or two, did not end well for the 18- year-old woman. The teenager got stuck just above the flue of the chimney and had to be rescued by the fire department. In a post on Facebook, Henderson Fire Department threw light on the incident and wrote, "Firefighters used a rope system to rescue an 18-year-old girl from the chimney of a single-story house near Horizon and College drives this morning. The teen tried to climb through the chimney after getting locked out of her home and got stuck just above the flue."

Adding that the woman did not suffer any injury in the unusual accident, the note further read, "Henderson firefighters are trained for confined space rescue and pulled the uninjured girl to safety in about half an hour."

Despite the dangerous position that the woman had found herself in, the humour of the situation was not lost of Facebook users who shared their views about the incident.

"I  would rather take the punishment for being locked out than the embarrassment of that situation!" one user said.

Praising the rescue workers, one user commented, "Things you hear that make you think?... Things you know that make you sleep peacefully, Henderson Fire is there to make it right when it goes wrong...Another great job!!"

Some said that the woman would have surely learnt from the mishap. "I bet she won't do that again," one comment said.

"Most people just climb through a window..." said a user, echoing many users' doubt on why the woman considered using the convoluted route in the first place.

Tell us what you think of this mishap.