Woman Gets Bus Route Tattooed On Her Arm. The Reason is Very Special

The "unconventional" art has been created by tattoo artist Maisie, who Elliott Colvin claimed was completely on board with the idea. 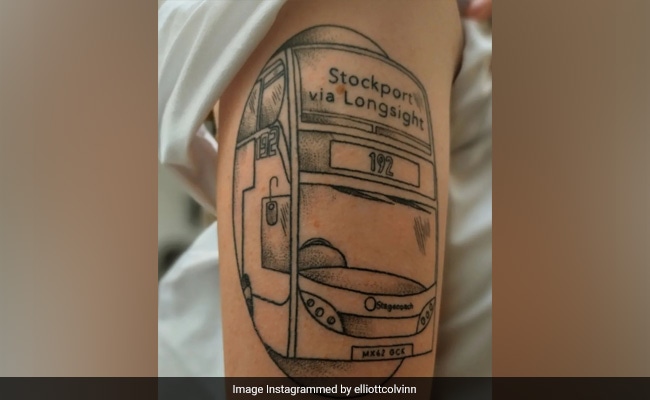 The bus holds a special place in the heart of Elliott Colvin.

People use creative ways to express their feeling to the world. Like a 25-year-old woman in Manchester, who is so obsessed with buses that she has them tattooed on her body, according to a report in Manchester Evening News. Elliott Colvin said she wants to show the world her love for buses. Her tattoo shows the bus that takes her to Stockport daily for work and social activities. The reason why Ms Colvin loves this bus service so much is that she met partner Wil Sanders during her daily commute, the outlet reported.

Route number 192, as seen in her tattoo, is special because they spend "most of their life" on or around the service.

"It's a bit nerdy, to be fair. My partner is a bit of a trainspotter. We've been together about five years and I've always been into transport and travel," she told Manchester Evening News.

"When I moved to my first flat in Manchester with my partner Wil, I was obsessed that the bus comes every two minutes. I thought it was really cool," Ms Colvin said.

"It's very much a staple part of Stockport and there's an unwritten love for the 192. People make jokes about it but it's the most reliable bus. It's such an icon. It's an iconic thing," she added.

About the tattoo, the woman said it doesn't have to mean something deep "but it means something cool to me". Ms Colvin said she has received positive responses from others about the tattoo.

The "unconventional" art has been created by tattoo artist Maisie, who Ms Colvin claimed was completely on board with the idea.