Why #Pray_For_Nesamani Is Trending And The Memes It Has Inspired

Who is Nesamani? Why is the world praying for him? 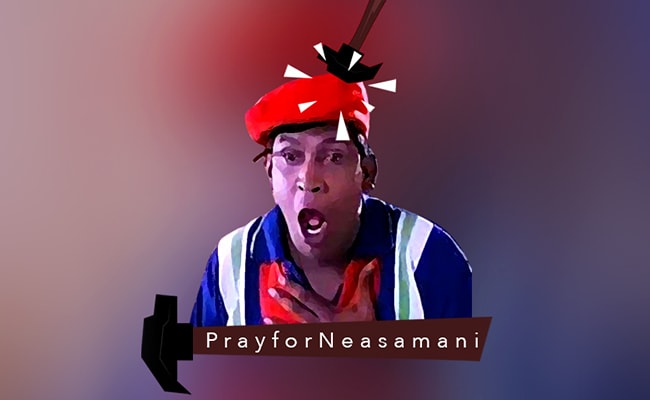 Here is why the world is praying for Nesamani.

This seems to be the week for puzzling hashtag. After the random #JCBKiKhudayi took over Twitter earlier this week, another viral hashtag has left most of the country confused. The hashtag #Pray_For_Nesamani began to trend on Wednesday, and has topped the trends list on Twitter all through this morning. But who is Nesamani? And why is everyone, including celebrities, suddenly praying for him?

Well, Contractor Nesamani is a character from a 2001 Tamil film called Friends. Played by popular Tamil actor Vadivelu, Nesamani is a building contractor who struggles with his bumbling assistants in the movie. In one scene, he is hit by a hammer dropped by one of his employees - and this is the scene that has led to a thousand memes.

It all started when a Facebook meme page posted a picture of a hammer and asked its followers what the tool is called in their country. One Vadivelu fan quickly connected the hammer to the Friends scene and responded saying that Contractor Nesamani was injured by it. Another fan, in on the joke, mockingly wrote, "Is he ok?" 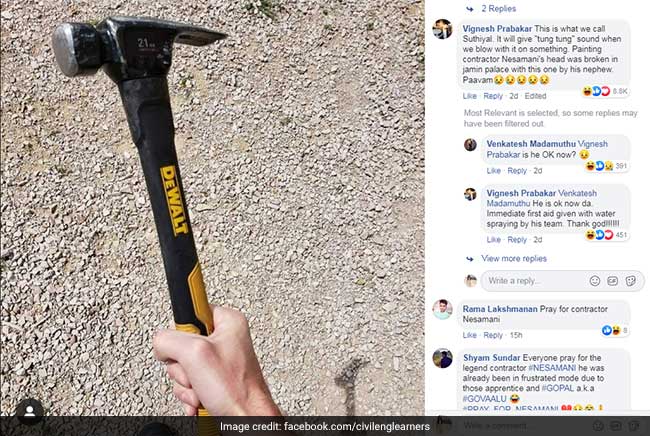 From there, the #Pray_For_Nesamani hashtag snowballed into a major trend, inspiring hundreds of memes not just from Tamil Nadu but from across the country. Celebs soon joined the in the fun too, paying their tributes to Nesamani and making the trend really take off.

There were three guys always plotting against Neasamani. First, they carried him on the bed while he's sleeping and beat him.
Second, one of them deliberately dropped a hammer on his head.
Third, they tied his legs with rope and slid him along the ground. #Pray_for_Neasamanipic.twitter.com/yA2QEamXkf

In fact, the #Pray_For_Nesamani hashtag has become so popular and so widespread, it has even led to the emergence of fake health bulletins from Apollo Hospital:

#Nesamani#Prey_For_Nesamani
All the super heros around The Apollo hospital 🙏🙏🙏 pic.twitter.com/6iHWetz7f7

Which #Pray_For_Nesamani meme did you like best? Let us know using the comments section.