White-Gold Or Blue-Black? Twitter's Divided Again But Not Over A Dress 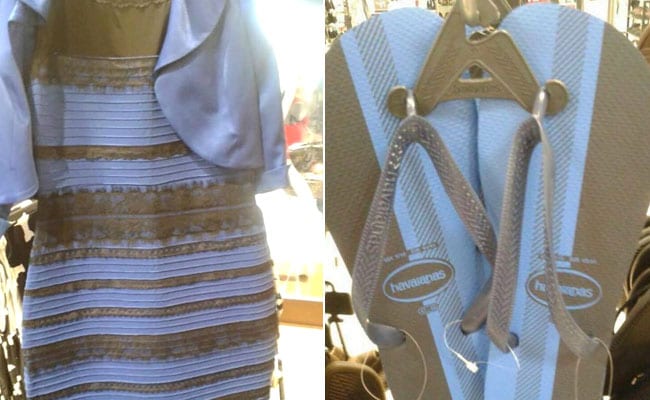 It's almost two years since 'The Dress' entered our lives, broke friendships and caused an upheaval across social media. And just when you thought that storm had passed, the same old debate is back to haunt us. So brace yourself and get ready to pick a side. It's not a dress this time.

A seemingly innocent picture of a pair of flip-flops is the culprit now. We know we're stirring up a hornet's nest here but what colours do you see - white and gold or blue and black? According to some reports, the picture was first shared by Twitter user @positivedem and blew up in no time. Now, everyone's sharing it asking others what they see. And it's hard to tell who's winning, Team White-Gold or Team Black-Blue.

What colour are these Flip Flops?

(Rt for Black and Blue)
(Fav for White and Gold) pic.twitter.com/TKxFBV1Evg

There is no way that these flip flops are any other colors than white and gold. pic.twitter.com/e7Bx1qddwA

I SAW THE FLIP FLOPS AS WHITE AND GOLD YDAY WTF https://t.co/Vak69tvFrj

I see white and gold flip flops... what do you see? pic.twitter.com/I35iYnlNLp

These flip flops are white and gold. Block me if you think otherwise. pic.twitter.com/mqQuCf9xDJ

I still see black and blue. I feel like you white and gold people are lying #FlipFlops

THE FLIP FLOPS ARE BLUE AND GREY

Even though practically everyone is comparing the flip-flops to the dress, some people feel like they're losing their mind.

the flipflops are white and gold but the dress is blue and black. https://t.co/ANoIFXLHqe

Meanwhile, even the company making these flip-flops isn't just giving the answer away but actually adding fuel to fire. Because, why not?


However, it seems the white and gold look may just be an illusion. 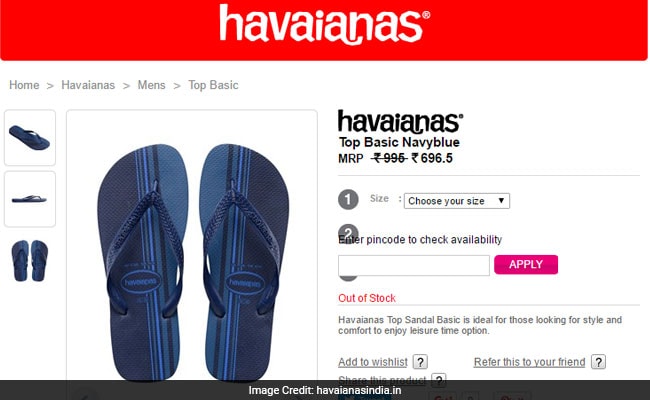 Does this end this debate here? We don't think so. Tell us what colour you see in the comments section below.
Comments
The DressThe Dress debateflip-flops debateflip flopTwitterdebateviralSocial mediaWhite and GoldBlue and Black