When Meteor Burst Across The Sky With Huge Rumble, White Light

Bystander videos captured the moment a white light appeared to explode in the heavens. The United States Geological Survey reported the equivalent of a magnitude 2.0 earthquake. 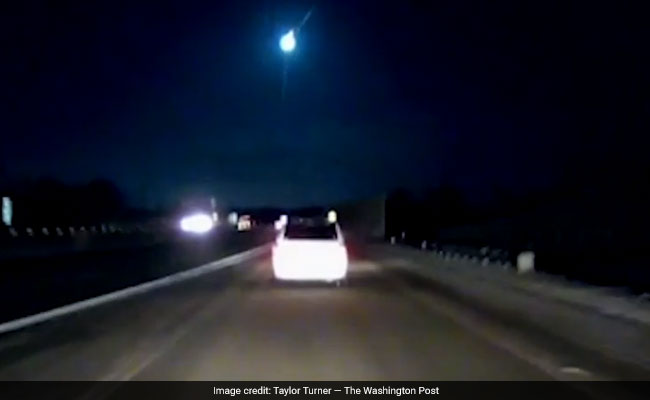 At least once a month or so objects this size make their way into the atmosphere.

Some sort of midair explosion?

With a rumble that shook the Earth, a bright burst of light illuminated the sky over southeastern Michigan on Tuesday night, leaving locals wondering what in the world had happened.

"I went to turn and I noticed a ball of flame coming at an angle," Danny McEwen Jr. told the Detroit News. He said he was driving when "it just blew up into a bunch of sparks. I didn't even know what to think. It was kind of odd how orange the sky was behind me and this blaze of flame out of nowhere."

Bystander videos captured the moment a white light appeared to explode in the heavens. The United States Geological Survey reported the equivalent of a magnitude 2.0 earthquake.

"It was definitely a meteor," Bill Cooke, lead for NASA's Meteoroid Environment Office at the Marshall Space Flight Center in Alabama, told The Washington Post on Wednesday.

Cooke said the fireball was caused by a small asteroid about one to two yards in diameter, moving at 28,000 mph. When it entered into the atmosphere, he said, it heated up and began to melt away, producing the bright light that people saw.

At least once a month or so, Cooke said, objects this size make their way into the atmosphere. But "most people don't see meteors this bright," he noted.

The USGS said the meteoroid entered about five miles from New Haven, Michigan.

"Shooting stars, or meteors, are bits of interplanetary material falling through Earth's atmosphere and heated to incandescence by friction. These objects are called meteoroids as they are hurtling through space, becoming meteors for the few seconds they streak across the sky and create glowing trails."

Meteorites are the pieces that land on the ground, according to NASA.

In the case of the Michigan meteoroid, NASA's Cooke said, "there are probably meteorites on the ground in southeast Michigan right now. . . . I'm sure the meteorite hunters will be out in force."

Bob Trembley, a former outreach officer for the Warren Astronomical Society and volunteer NASA/JPL solar system ambassador, told the Detroit News that although meteoroids are not rare, the fireballs, or bolides, are.

"Anybody that saw it is lucky," he said.