What if Agent Smith Had a Selfie Stick Instead of a Gun in The Matrix? 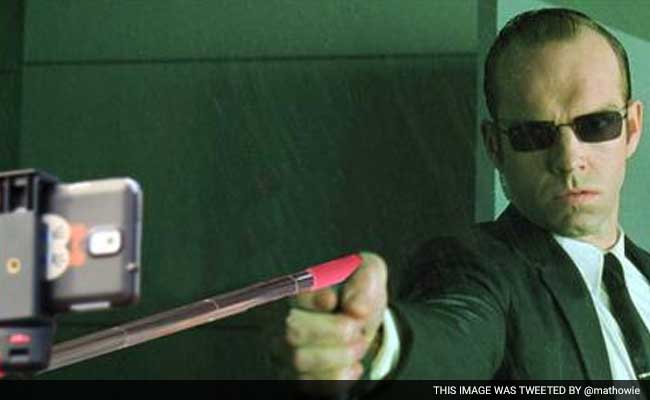 Selfie sticks might be a recent invention but thanks to a slightly older invention, Hollywood classics need not be forever deprived of this single most important discovery since fire.

Photoshop, which predates the selfie stick, allowed Twitter user Matt Haughey to create some movie magic of his own. Or, to be specific, to manipulate the magic in movies already existing.

Whether Matt's intent was to revamp famous Hollywood movies scenes to match sensibilities today or was just looking for a fun activity to try, we're not sure. But his little project seems to have turned out incredible results.

What Matt does is pick the coolest, most famous action scenes in films and replace the gun in the actor's hand with, no points for guessing, a selfie stick.

Take a look at some of his creations below:

Liam Neeson's Non-Stop selfies in a bid to compete and win against Kim Kardashian.

Any time of the day is a good time for selfies - probably what John Travolta and Samuel L. Jackson thought when they did this in Pulp Fiction.

You know what they call an iPhone 6 in France? pic.twitter.com/OZ7kGpJJzD

Agent Smith from The Matrix knows the importance of a selfie stick.

Never send a human to do a machine's job pic.twitter.com/s8ByrAa0HP

Did Clint Eastwood click six shots or only five in this Dirty Harry scene?

You feelin' lucky, punk? (This one works better) pic.twitter.com/lmCD4sdcgy

It appears that Matt had company. Here's another user's version.

When Arnold Schwarzenegger wasn't busy fighting cyborg assassins and protecting John Connor in The Terminator he found time to make some memories.

Bonus: You probably missed this Rocky scene in which hulk-like Sylvester Stallone stopped all the fighting to click a picture of a butterfly on his DSLR. 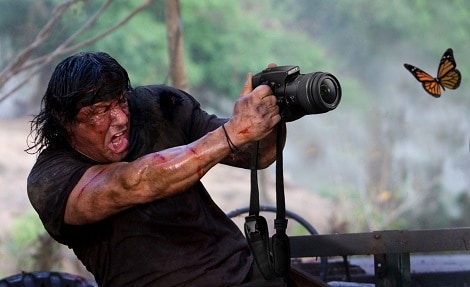