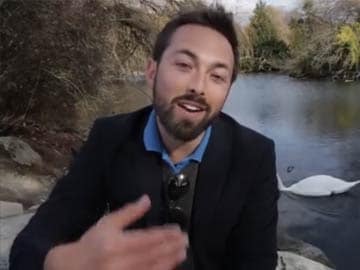 I hated math in school and it's not often that I pay heed to numbers (notable exceptions: phone numbers, figures on my salary check  and all things money)

But here is a math riddle that not just tickled me but seems to have millions in a tizzy. In the three days since it was uploaded on YouTube over 2 million people have watched it.

The video posted by Derek Muller  shows many people struggle to produce the correct answer.  Mr Muller tells his respondents, " I'm going to give you guys three numbers, a three number sequence, and I have a rule in mind that these numbers obey. I want you to try to figure out what that rule is."

The sequence that he then proceeds to share is "2, 4, 8". On his YouTube upload, he writes, how "...hard it was for people to investigate number sets that didn't follow their hypotheses, even when their method wasn't getting them anywhere."

I don't want to give away the solution, so take a deep breath, activate those grey cells and get cracking at solving the riddle. (For the work-shy slackers, like me, just five minutes of your time to watch the video will suffice)

But know this - 16, 32, 64 was the most common answer - and while they obey the rule Mr Muller proposes - the rule isn't that the number doubles itself.

Promoted
Listen to the latest songs, only on JioSaavn.com
My top tip: it's not all math; the exercise was inspired by Nassim Nicholas Taleb's 'The Black Swan: The Impact of the Highly Improbable'. Taleb deals with the extreme impact of certain kinds of rare and unpredictable events (outliers) and the human tendency to find simplistic explanations for these events retrospectively. So think philosophy and logic, not just numbers.