Watch: Woman Boards Luggage Belt Assuming It Would Take Her To The Plane

Instead of heading towards the terminal, she steps onto the luggage belt 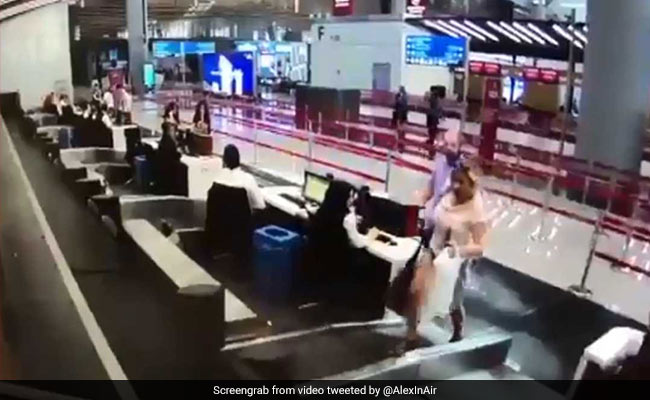 Airports can be confusing, especially for first-time flyers. A video going viral online shows just how confusing they can be. The video shows a woman, reportedly a first-time flyer, climbing onto a luggage conveyor belt at a check-in counter. She apparently thought it would lead her to the aircraft.

The video was recorded on a CCTV camera at the Istanbul Airport in Turkey, reports The Sun

CCTV footage shows the woman checking in her luggage at the counter. After that, instead of heading towards the terminal, she steps onto the luggage belt even as people around her look on, puzzled. Unable to maintain her balance, she then falls down. The video shows airline employees rushing to help her up.

Watch the CCTV footage below:

Just when I think I've seen all the various symptoms of ‘Airport Brain' some passengers seem to suffer from when flying...this was at New Istanbul Airport...pic.twitter.com/dzwDiOj4yf

The video has gone viral after it was posted to social media platforms like Twitter and Facebook. It has also received a lot of amused comments.

I did see that one. I don't think she's flown much!

What do you think of the clip? Let us know using the comments section.