The bewildering exchange between the talk show presenter and climate activist lasted for less than a minute. 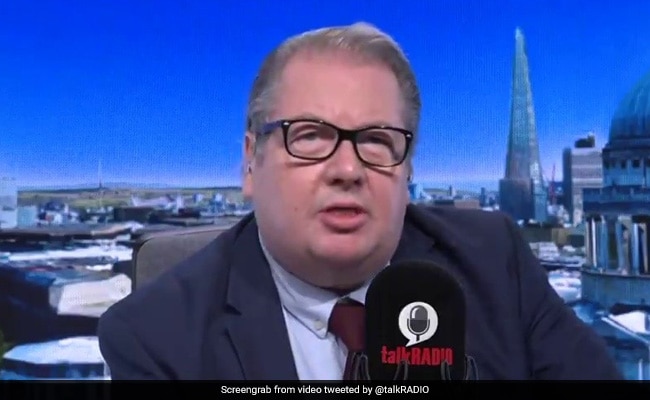 TalkRADIO host Mike Graham has gone viral for claiming that concrete can grow.

An interview between a British radio talk show host and a climate change activist is going viral on the Internet after the host stated that “concrete can grow” just like trees. The interview began on a rocky note as TalkRADIO host Mike Graham started off by asking his guest, Insulate Britain spokesperson Cameron Ford, what he was “glued” to these days. Mr. Ford returned the favour, saying, “Just your screen, unfortunately.” Mr Graham's disparaging reference was to the climate group's activists' tactics of gluing themselves to surfaces while protesting

The host then asked Mr Ford, who was yet to complete his answer, what his occupation was. "Carpenter," he replied. Mr Graham asked him how safe it was as a career for the climate. “Well, I work with timber, which is a much more sustainable material rather than concrete,” Mr Ford replied.

It's at this moment that the interview took an awkward turn.

The journalist reminded the activist that he worked with trees that are cut down. The activist said politely that cutting down trees was a sustainable building practice.

“How is it sustainable if you're killing trees,” asked the journalist.

Mr Ford responded with a straight face —- it's regenerative because “you can grow trees”.

“Well, you can grow all sorts of things, don't you,” the host interjected.

For a few seconds, both remained on-air in complete silence. Then the journalist ended the interview. “That was Cameron. He grows trees, then cuts them down, and then makes things from them. Brilliant. Marvellous. I don't think I ever want to talk to any of those people.”

Here's the video that lasted for less than a minute:

The video has gone viral with a staggering 10 million views so far, and been like over 20,000 times. It has also been retweeted over 3,500 times. Many people said they did not like what Insulate Britain did on the streets but agreed with their spokesperson on the argument that trees were regenerative.

Another one said he was not sure whether Mr Ford was a “hypocrite” for being a carpenter and an environmentalist at the same time.

I'm not sure he is a hypocrite for being a carpenter and an environmentalist especially since they can and are replanted. Our Lord Jesus was a carpenter also, recall he got grief for purposing changes in how we live!

Others referred to the journalist's “you can grow concrete remark”. Mollie Goodfellow, a writer, sought advice from Twitter, saying that she had “been watering my concrete for weeks, but it's just not thriving”.

Me, emailing Gardener's Question Time: I've been watering my concrete for weeks, but it's just not thriving, do you have any advice

One user said he has been a builder for over 36 years but was yet to see concrete growing.

In over 36 years as a builder I have yet to see concrete growing.

You plant a tree, you wait for it to mature, you cut it down, this has been going on for 1k's of years

Carbon footprint of concrete is massive

Another asked where he could buy seeds to grow concrete?

Where can I buy some seeds to grow concrete? Asking for a friend.

What do you think of the entire exchange?