The mysterious white foam oozed out from three manholes 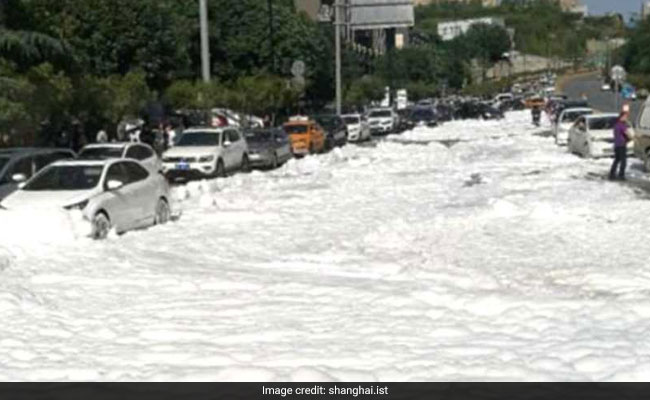 White foam covered a street in China on Tuesday.

Residents were left stunned when white foam emerged from three manholes in the Chinese city of Xi'an on Tuesday afternoon, covering 200 meters of the road. According to Shanghaiist, the mysterious white foam oozed out from under the manhole cover and spewed out from sewage pipes, quickly covering the entire street. Videos from the incident soon went viral on Chinese social media platforms.

Reportedly, workers who were called to clean up the foam were also stunned to see more foam returning to take its place. Eventually, the road was cleaned by the evening.

Watch a video from the affected street below:

According to The Paper, on Wednesday, the local environmental department informed reporters that the white foam was an agent used in the construction of metro tunnels. Not harmful to humans, it had taken over the Xi'an road after leaking into a sewer and flowing down the sewage pipe.