Advin Roy Netto, who recently scored a job at Google as a Product Designer, wrote how he had been rejected by the tech giant several times since 2013. 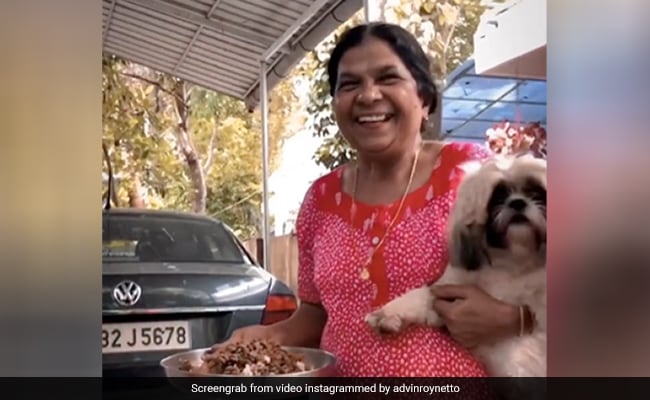 He captured the beautiful reaction of his family members

Getting one's dream job is not easy as it requires hard work, patience and perseverance. Even if one fails initially, it is important to keep trying, as the taste of success feels much sweeter after rejections. One such story of a Kerala man, who bagged his dream job at Google after several failed attempts, is giving the internet a new inspirational mantra. The best part is he even captured the beautiful reaction of his family members when he broke the happy news to them.

UI/UX designer and writer Advin Roy Netto, who recently landed a job at Google as a Product Designer, shared on Instagram how he had been rejected by the tech giant several times since 2013, but kept trying. He continued to work on his skills and resume till he was finally offered a job by Google. When he finally cleared the interview, he captured the reactions of his mother and wife, who were seen brimming with joy.

In a video shared on Instagram, Mr Netto is first seen approaching his mother, who is holding their pet dog. She asks, ''Why are you smiling?,'' to which his wife asks, "Did you get into Google?" When he says yes, his mother does a happy dance along with the dog, while his wife hugs and congratulates him.

Sharing the video, he wrote, ''I have been applying to google since 2013. I applied every year without fail (I have proof of my applications). Every year, when I don't hear back, I check what's wrong with me. I tried to make changes in my resume and portfolio and try again. After a certain point, I thought I didn't have a degree from a reputed design college, which could be one of the reasons. I don't have control over that, but I have control over improving my portfolio and resume. So after several failed attempts, here I am.''

Adding a few words of advice for people who want to work at Google, he wrote, ''To get into Google, you don't need a fancy degree. If you are good at what you do, you will win it. When things aren't happening in your favour, have patience and focus on the things you can control..To get shortlisted, showcase your passion for what you do. Ask for help and help others too. Ask someone you know to review your portfolio, do a mock interview. Ask for referrals. Not everyone will have the time to respond, but don't get disappointed, keep asking. One or the other will help you."

The video has garnered more than 80,000 likes and several comments congratulating him on his new job. Social media users loved the beautiful video and appreciated him for such a positive message. "What a beautiful and positive video this Is looking at the smiles. Priceless. You made my day," a user wrote. Another commented, ''Congratulations on achieving your dream and best wishes for a successful career & life ahead. The smile on mom's face says it all.. priceless!!''