The group put up a high-octane performance replete with animated expressions and sleek moves, the clip shows. 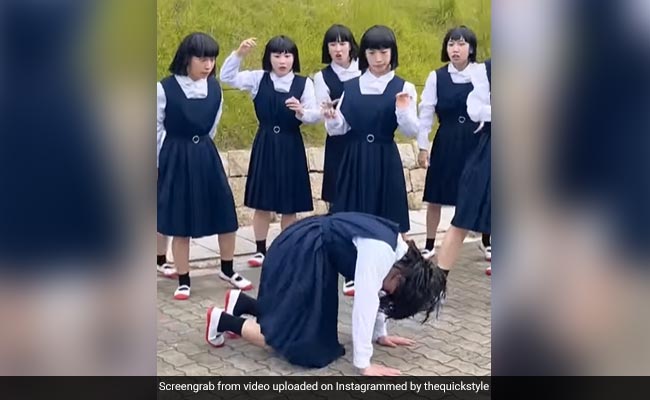 The video was shared on Instagram by Quick Style

The hit Bollywood track Kala Chashma became a worldwide trend. The party number has everyone grooving, including people in foreign countries. The Norwegian dance crew, Quick Style became an overnight sensation after they gave a cool spin to the hit number. Now, a video featuring Japanese girls dancing to the beats of the famous track is going viral on social media.

The video was shared on Instagram by Quick Style. In the short clip, the group of Japanese girls dance to the song donning school uniforms. The video shows the Asian girls grooving to the beats of the song, following the choreography of Quick Style in sync while delivering a powerful performance.

The group put up a high-octane performance replete with animated expressions and sleek moves, the clip shows.

And if the number of views on the video is anything to go by, the internet is in love with the troupe's take on the song. The video has over a million views and the internet is blown away by their performance. A user commented, "Boom! The Energy Level." Another commented, "It's a happy uplifting joyous dance. It's what the world needs."Meanwhile, the Norwegian dance crew, Quick Style made headlines as the troupe left the crowd at Times Square spellbound with their dance moves to Kala Chashma.