Butter Chicken ice cream topped with green chutney is the latest bizarre food combination and it has left the internet disgusted. 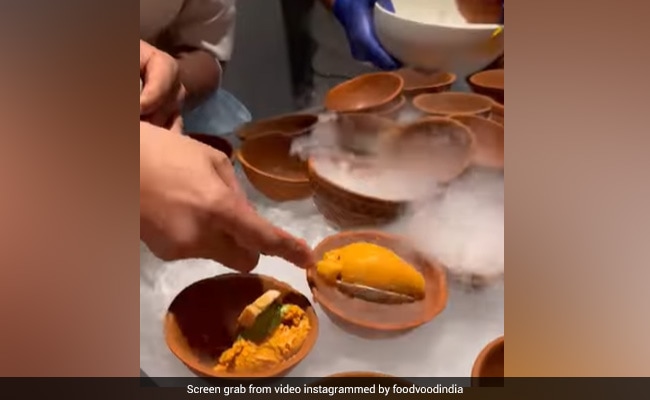 The butter chicken ice cream is served at Aloft Aerocity in New Delhi.

Along with the video, the caption reads, "Would you try this BUTTER CHICKEN ICE CREAM?"Ever since the video was uploaded, it has garnered 1,64,000 views with 3,319 likes and several comments. It seems like netizens were not happy with this bizarre food combination. One person wrote, "Butter chicken ice cream seriously," another user wrote, "I don't understand who got murdered here...the ice cream...or the butter chicken??"

Recently, Dragon fruit chai left the internet. In the video, a teenager is seen preparing milk tea with dragon fruit pulp. While some people on the internet were excited to try this unusual recipe, others were sceptical and stated that it was totally strange and awful.