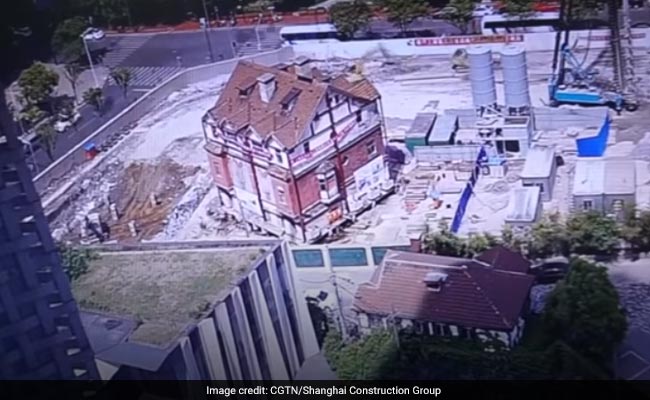 A nearly century-old building was moved 54 metres and rotated nearly 90 degrees in China. The building in Shanghai's Hongkou district was moved to make room for the construction of a new office complex, reports China Daily. Time-lapse footage uploaded on YouTube by CGTN shows the building being moved carefully on specially-designed rails.

The relocation of the building - believed to be built 98 years ago - began on April 13 and ended on June 1. Before that, though, parts of the three-storey heritage home were reinforced to ensure it survived the relocation. CGTN reports the building was eventually moved 54.322 metres in total and rotated 89.6 degrees clockwise.

The team at Shanghai Construction Group revealed the building was moved by computer-controlled hydraulic machines along a guide rail.

Footage provided by Shanghai Construction Group shows the building being moved and rotated:


Promoted
Listen to the latest songs, only on JioSaavn.com
"The historical building had to be moved in several phases, because the work space was very constricted," Shen Wei, the project manager with Shanghai Construction Group told China Daily. "It had to be rotated to make sure the facade - the most beautiful side - was facing the public."