If you think all ID card pictures turn out bad, these high school students are here to convince you otherwise. 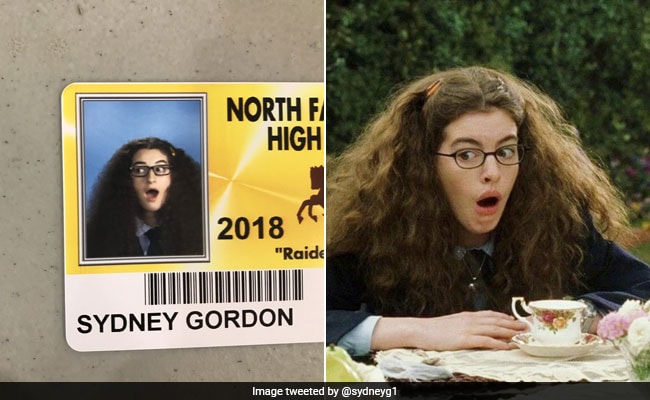 An image shared by a North Farmington High School student on Twitter.

If you think all ID card pictures turn out bad, these high school students are here to convince you otherwise. As per tradition at North Farmington High School in Detroit, USA, the senior class always dresses up for their final year ID cards, reports Entertainment Weekly. And when we say dress up, we mean they go all out - hair, makeup, clothes included. The students usually dress up as their favourite movie or TV characters. This year, the students shared their pictures on Twitter, using the hashtag #NFID19.

The pictures have now gone massively viral, collecting hundreds of thousands of 'likes' together.

From Elle Woods of Legally Blonde to Princess Mia of The Princess Diaries - the students have definitely wowed the Internet with their dress up skills.

The princess of Genovia

Me? A princess? SHUT UP! #NFID19pic.twitter.com/2o6TTMbMZP

I want to still be me when I wake up one fine morning and have breakfast at tiffany's #NFID19pic.twitter.com/HDZARU8E8B

everybody with their boo right now and im like... #NFID19pic.twitter.com/V21qfZZpt8

And as Elle Woods too

"You made it to senior year?"

Needless to say, Twitter was mighty impressed with the amount of effort that was put into creating the looks and the final results.

PERFECTION!! Have a great senior year!

this!!! Outstanding!!! Way to commemorate the end of your HS career!!! #nailedit

What do you think of these creative ID cards? Let us know using the comments section below.