Video: This Monkey With A "Human Face" Is Freaking The Internet Out

The monkey, a black-capped capuchin that lives at the Tianjin Zoo, has become an Internet sensation for its strangely amusing dazed and confused look. 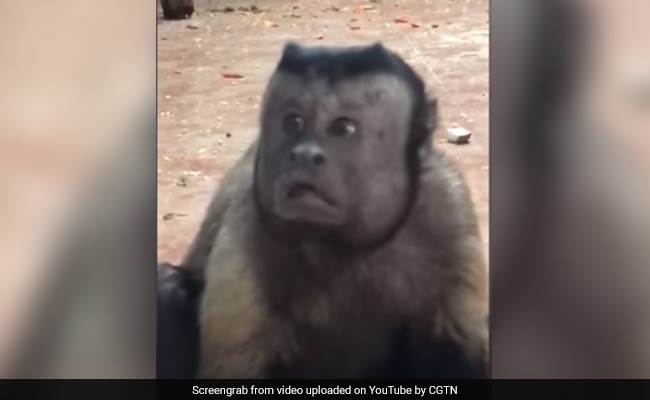 Photos and videos of a monkey with a freakishly human-like face have gone massively viral on Chinese social media. A video of the black-capped capuchin has been viewed at least eight million times on China's Twitter-like social media platform Weibo. The monkey, an inhabitant of the Tianjin Zoo, has become an Internet sensation for its strangely amusing dazed and confused look.

Take a look at the footage below:

"Are you sure this is not the zookeeper?" asks one person on Weibo, according to a translation by the Daily Mail. "It's the expression that makes me laugh! It looks lost!" comments another Weibo user.

Incredulous netizens can't help but point out that the 18-year-old monkey's eyes and mouth look just like a human's.

Promoted
Listen to the latest songs, only on JioSaavn.com
According to CGTN, which uploaded the footage of the monkey to YouTube on Sunday, black-capped capuchins are native to central and south America.

Black-capped capuchins are the most favoured monkeys for TV and film work, reports National Geographic. The primates' high intelligence levels and dexterous hands make them ideal for conditioning and training for use in the entertainment industry.Click for more trending news