18-Year-Old US Open Winner Emma Raducanu's First Goal At US Open Was...

18-year-old Emma Raducanu spoke about a “running joke” in her team. 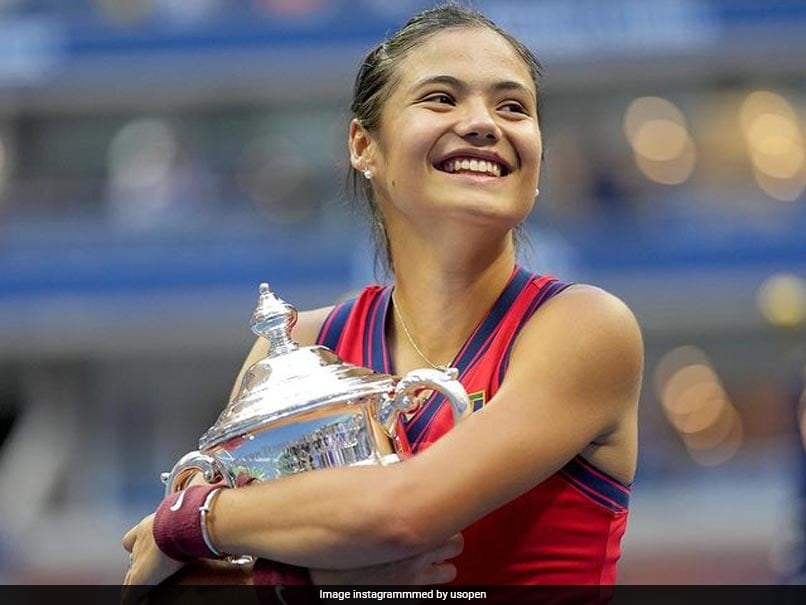 Emma Raducanu, the British teenage sensation who won the US Open in the greatest underdog title triumph in tennis history, has said her aims were modest initially. She said she began her campaign aiming to win enough prize money to buy a pair of AirPods. She had lost the one she had “three minutes” before her first-round qualifying match, three weeks ago. Now, that she has won the tournament and the prize money — $2.5 million — she can buy as many airpods as she wants. Ms Raducanu stunned the world by becoming the first qualifier ever to win a Grand Slam title. An 18-year-old, Ms Raducanu told ESPN in a post-match interview about a “running joke” in her team.

Fun moment as Raducanu tells ESPN her first goal at the #usopen was to earn enough prize money to replace her lost Airpods pic.twitter.com/Ewsvki49Z8

The teenager said, “There's a running joke in my team because before my first-round qualifying match, I lost my AirPods and I was basically running around the changing room like three minutes before my call to go on trying to find it but I lost it.”

“I was thinking to myself, ‘You know what, if you win this match, you can buy yourself a pair of AirPods,' and that's become the running joke!” she added.

Ms Raducanu is the first British woman in 44 years to win a Grand Slam title. She did this without dropping a single set against 73rd-ranked Canada's Leylah Fernandez, 19.

Following her incredible triumph, many people are sending their best wishes and praising her.

“From a wild card at Wimbledon to the #USOpen title... @EmmaRaducanu has packed a lot into one summer,” tweeted the official handle of the Wimbledon.

From a wild card at #Wimbledon to the #USOpen title...@EmmaRaducanu has packed a lot into one summer ????https://t.co/HRxc2z1k9Z

Among the numerous congratulatory messages Ms Raducanu received were those from the Queen, The Duchess of Cambridge Kate Middleton, and British Prime Minister Boris Johnson.

'I have no doubt your outstanding performance, and that of your opponent Leylah Fernandez, will inspire the next generation of tennis players.'

Huge congratulations @EmmaRaducanu on your stunning performances and historic Grand Slam victory! Incredible –we are all so proud of you. @LeylahFernandez well done on your amazing achievements at this year's #USOpen, it's been a pleasure to watch. C

— The Duke and Duchess of Cambridge (@KensingtonRoyal) September 11, 2021

What a sensational match! Huge congratulations to @EmmaRaducanu ????????

You showed extraordinary skill, poise and guts and we are all hugely proud of you.#USOpen

One user shared an edited clip of some of the top moments Ms Raducanu had at the US Open, including her title win.

Another pointed out that she was an “immigrant making Britain great”.

Ms Raducanu was born in Toronto, Canada, in 2002 to a Romanian father and Chinese mother. The family emigrated to the UK when she was a little over two.