Trending: Twitter's Day Out With Chetan Bhagat's Half Girlfriend 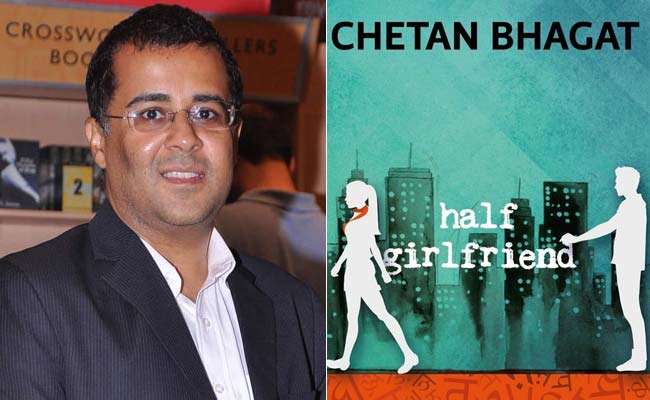 Author Chetan Bhagat has been unveiling his startlingly titled new book Half Girlfriend all day today. Such was the curiosity caused by the title that his website crashed not long after he tweeted this:

Hi all! Happy to announce my next book titled "Half Girlfriend". A short teaser here: http://t.co/HtmcMexMZP

Bhagat is nothing if not socal media savvy. He announced the crash on Twitter and Facebook while releasing a video teaser of his novel for those clamouring for a glimpse. Later in the day, he also gave readers a peek into the first chapter of Half Girlfriend.

So this is what we have learned from assiduously following the author's treasure-hunt-like clues: it is a book about a boy who wanted a relationship and a girl who didn't. So they reached a compromise where she would be his "half girlfriend."

Just wondering whether that would translate on your Relationship Status as: Half-taken?

There has been a barrage of tweets on the title and the story, some plain witty and hilarious and some downright unkind, which have supporters of Chetan Bhagat frothing at the mouth.

But that has also meant that the hashtag #HalfGirlfriend has been trending all day. And all publicity is good publicity, right?

#HalfGirlfriend? So @chetan_bhagat has gone from "Five Point Someone" to "Point Five Someone"

"5" Point Someone"3" Mistakes of my Life"2" States"1" Night at a Call Centre#HalfGirlfriendNext Book: "1/4 Brain ?@chetan_bhagat

Surprised Chetan Bhagat took full page ads for his book. Half jackets would have been more appropriate. #ChetanBhagat#halfgirlfriend

So if you marry a #HalfGirlfriend, she becomes your better quarter, right?

#HalfGirlfriend seriously? you got to be kidding me! @chetan_bhagat will ur next book be 'HALF MARRIAGE'! :P