Video: Top 10 Mysterious Creatures That Live In The Deep Sea

From one of the oldest shark species of the world to a fish that is a popular meme. 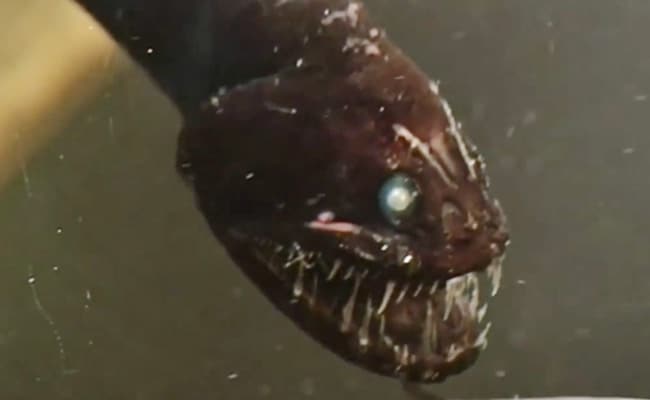 A look at 10 mysterious creatures that live in the deep sea.

The world's oceans remain one of the most underexplored places known to humans. According to USA's National Ocean Service, more than eighty percent of this underwater realm remains "unmapped, unobserved, and unexplored". In the little of the deep seas that humans have explored, we have found a variety of strange creatures. A video by 'Watch Mojo' takes a look at the ten most mysterious creatures that live in the depths of the ocean.

Occupying the tenth spot on the list of the "Top 10 mysterious creatures that live in the deep sea" is the anglerfish - a fish that has been filmed in its natural habitat only a handful of times. These deadly predators are known for the fleshy growth that hangs from their heads and acts as a lure for other fish. The video goes on to show one of the oldest shark species of the world and spooky vampire squids that get their name from their bright red colour for the ninth and eight spot respectively.

At number seven on this list is a creature whose appearance might make you chuckle - the blobfish - while occupying the sixth spot is a fish whose teeth might give you nightmares - the Pacific viperfish.

These are just some of the mysterious creatures of the deep sea that appear in this video. The list goes on to show other creatures that prefer the depths of the ocean and are rarely encountered by humans. And who occupies the top spot in this list? It's an animal that was only photographed and observed properly in the 1990s and 2000s. Watch the video above to find out.