Three Giant Pandas Take On Snowman. Video Is Too Cute To Miss 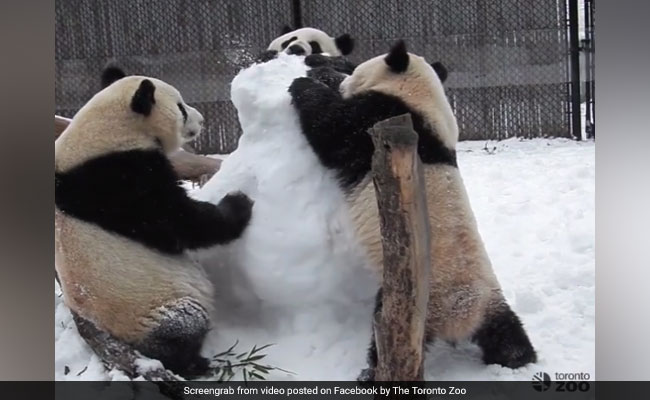 Their video makes for the most adorable watch.

Need to instantly uplift your mood? What can be better than watching these giant pandas that will get the job done within seconds. A video of not one, not two but three giant pandas taking on a snowman is all you need to see to brighten up your day.

The Toronto Zoo has shared the adorable video on Facebook. It shows pandas Er Shun, Jia Panpan and Jia Yueyue fighting and playing with the snowman the zoo keepers built for them.

The video makes for the most adorable watch. Take a look.

Promoted
Listen to the latest songs, only on JioSaavn.com
Since being posted some 17 hours before writing this, the video has collected over 2100 reactions and more than 700 shares.

"The Panda bears are so cute playing with the snowman. I think they love the snow," says one Facebook user. "They are so comical and playful," says another.Click for more trending news