This Contortionist's Viral Video Is Right Out Of Your Scariest Nightmares 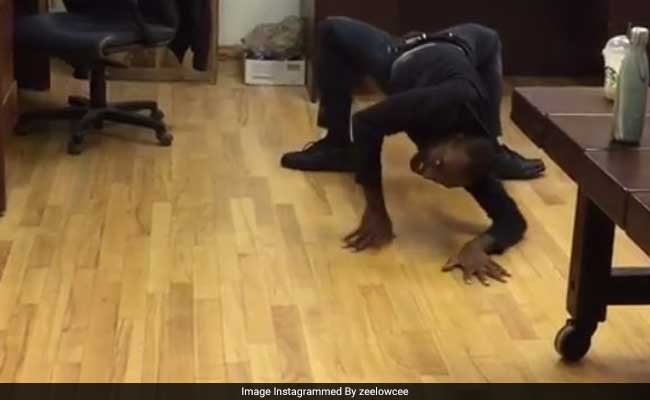 The Exorcist has nothing on him.

NEW DELHI: Forget all those videos of giant lizards, spiders and snakes - what this contortionist does may just be the most terrifying thing you see today. In most horror films, some of the scariest scenes show a character, possessed by a ghost, twisting and bending his or her body in painful-looking postures. And as if the visuals aren't enough, the scenes are usually accompanied with the sound of bones breaking to further the scary quotient. Since you know you're watching a horror film, it's easy to get over such scenes once the film is over. But imagine someone doing exactly that right in front of you in the most regular scenario possible.

A video that's gone viral on social media shows Troy James, who has performed in The Void, Shadowhunters, and The Strain, pulling of a similar feat. The video shows Mr James bending his body to resemble a weird human-spider hybrid. He also proceeds to move closer to the camera in that state as if he's coming to get you. Seriously, The Exorcist has nothing on him.

Troy James @twistytroy ....this man moves like an inhuman creature and he scares the sh!t out of us....so we love him! Look for him in The Void, Shadow Hunters, and the Strain! @voidmovie @shadowhunterstv @thestrainscenes #shadowhunters #mastersfx1 #thevoidmovie #contortionist #troyjames @chivs808

Since being posted, the video has collected over 25,000 views on Instagram.

"That was so believable - even though I clearly see he is indeed human... I somehow still feel he is not. Great job Troy," says one commenter on the video. "Thanks for the nightmares. Well done!" says another.

Here are another two videos of Mr James performing such acts.

Tell us what you think of the video in the comments section below.