This Celeb Was "Fined" For Not Wearing A Helmet. See Proof Here

"Just before I was fined for no helmet," the actor wrote on Instagram. This celebrity was fined for riding a bike without a helmet.

Celebrities, they are just like us - to the extent where they too can face fines for traffic violations. Actor Taapsee Pannu took to Instagram this afternoon to share a picture which shows her riding a bike sans helmet. In the caption, she quipped that the photograph was clicked shortly before she was fined for not wearing a helmet.

The photograph in question does not show Taapsee's face. Only her signature curls are visible as she rides the bike, wearing a denim jacket on top of jeans. She revealed that the picture was taken during the shoot of her upcoming film Rashmi Rocket.

"Just before I was fined for no helmet," wrote Taapsee while sharing the pic.

Rashmi Rocket director Akarsh Khurana had an amused reaction to the post. 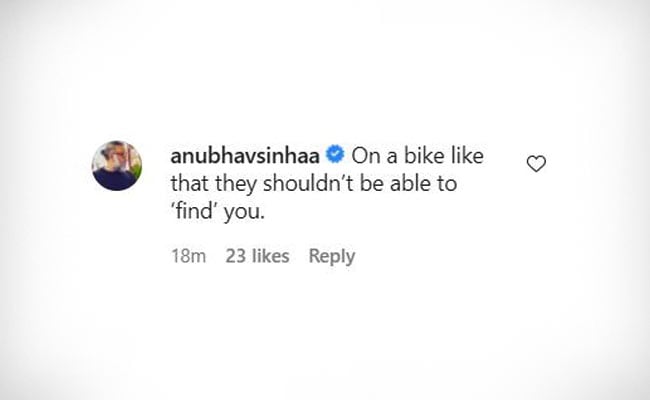 In Rashmi Rocket, Taapsee will play the role of a sprinter named Rashmi who hails from a village in Gujarat's Kutch. The actor has been hard at work to prepare for the role, sharing frequent snippets from her training sessions on Instagram.

Earlier this month, she shared a series of pictures which show her on racing tracks.

The Pink actor has also been following a strict diet to prepare for the role. Before she began shooting, Taapsee went for a vacation to the Maldives, where she followed a "shredding diet" for Rashmi Rocket.